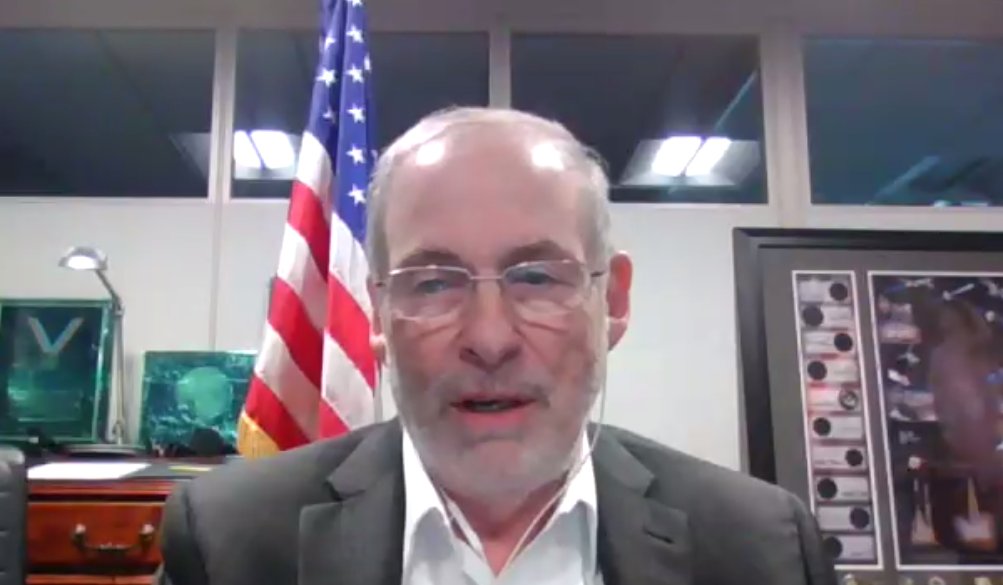 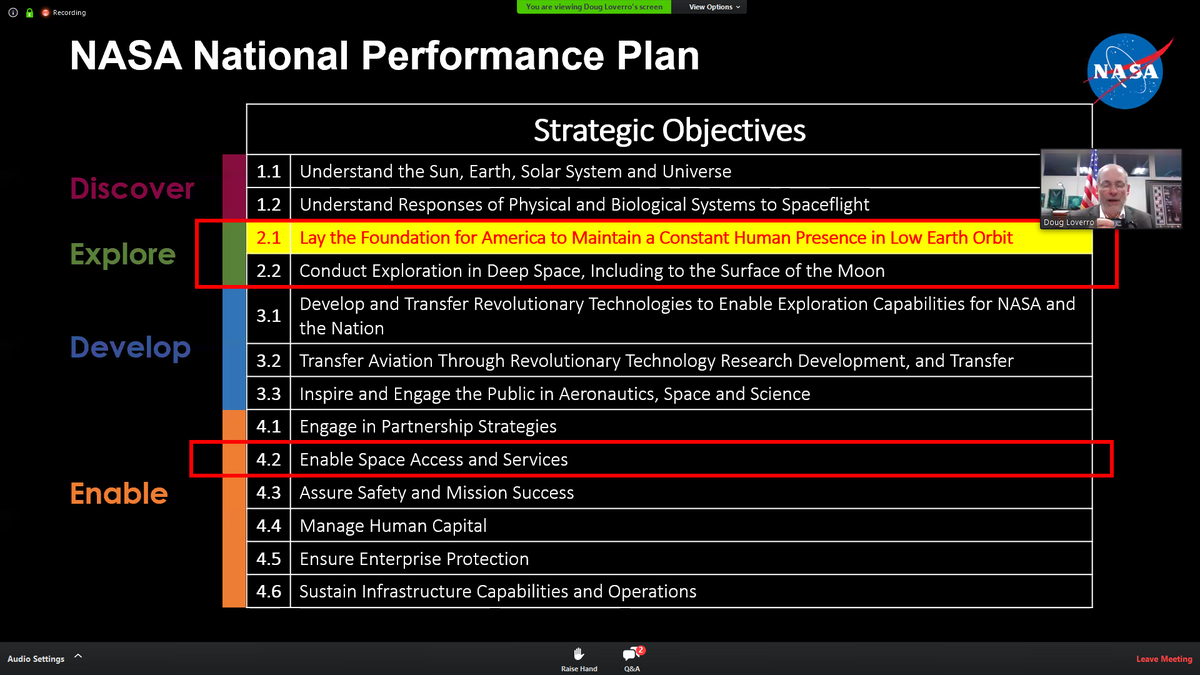 Loverro: NASA is revamping the LEO Commercialization strategy it published a few years ago 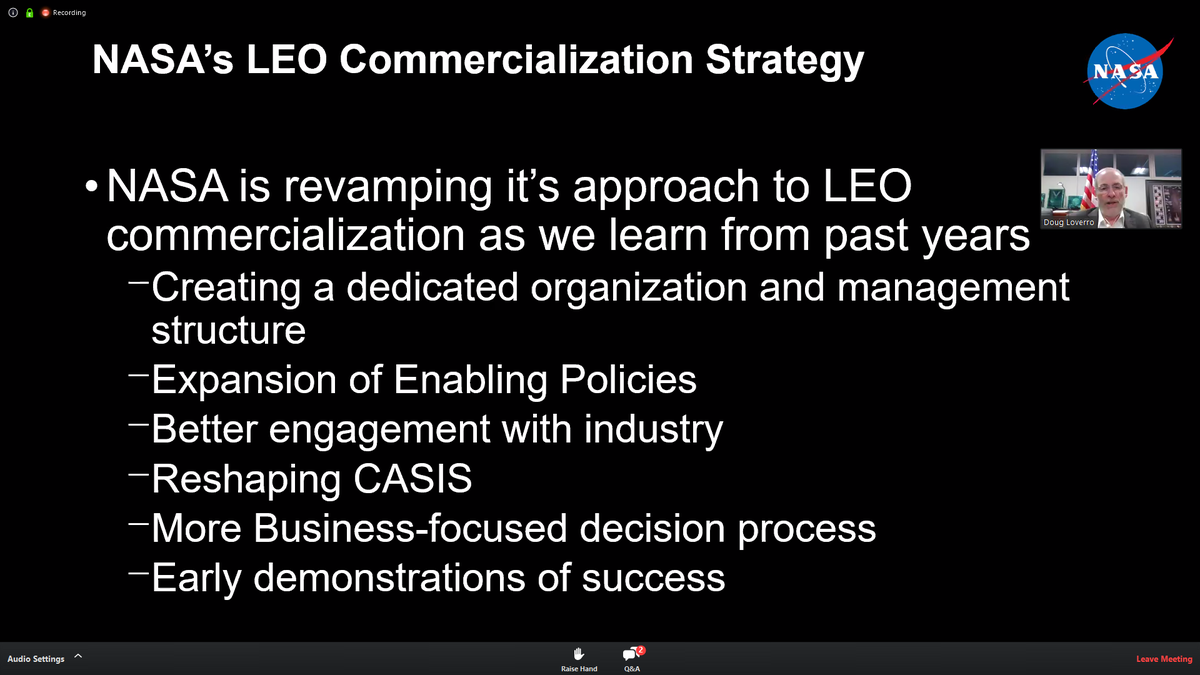 Loverro: "Quite frankly, we need to do a better job of engaging with industry than we have ... that is going to be a big part of our 'go forward' plan."

Loverro: "We also know we need to be more business-focused."

"At the end of the day, we are not the ones who are going to go ahead and make commercialization successful, the business world is."

Loverro: The International Space Station is "an incredible investment for the American people, as it's been the centerpiece of exploration and research in the microgravity areas for many, many decades."

Loverro: NASA "had a monopoly in the LEO area," but "that changed at the beginning of this last decade."

"Northrop Grumman and SpaceX have rapidly built the capability to go ahead and allow us to bring cargo to the station on commercial on fully commercialized platforms." 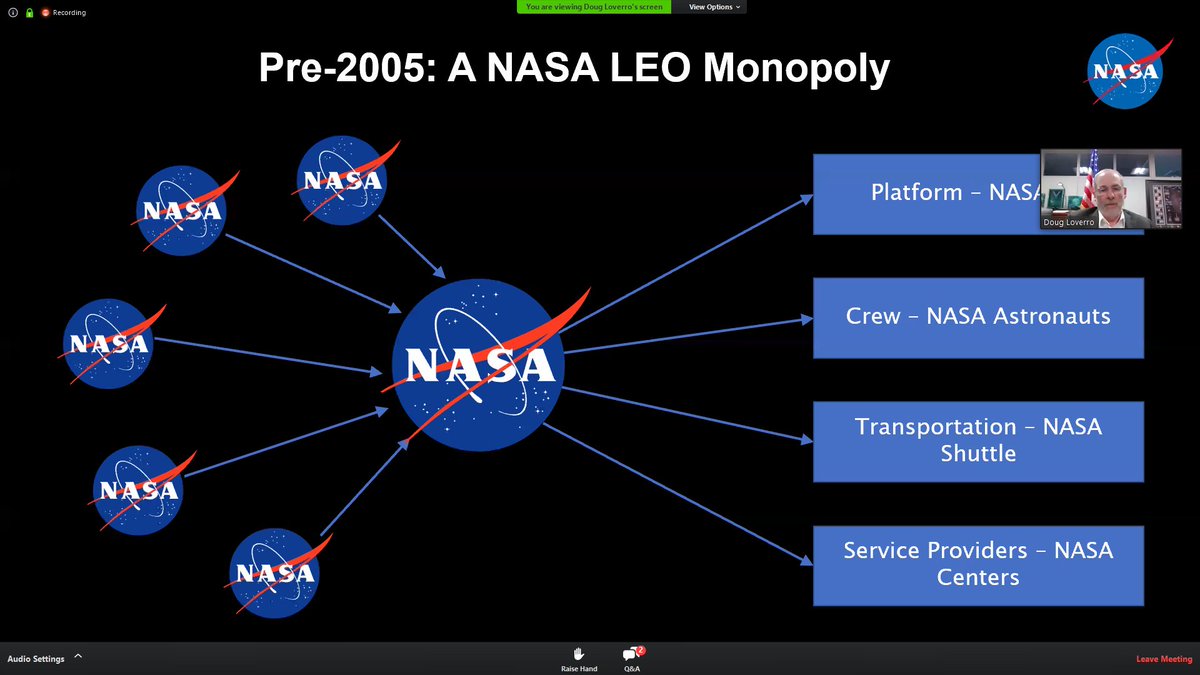 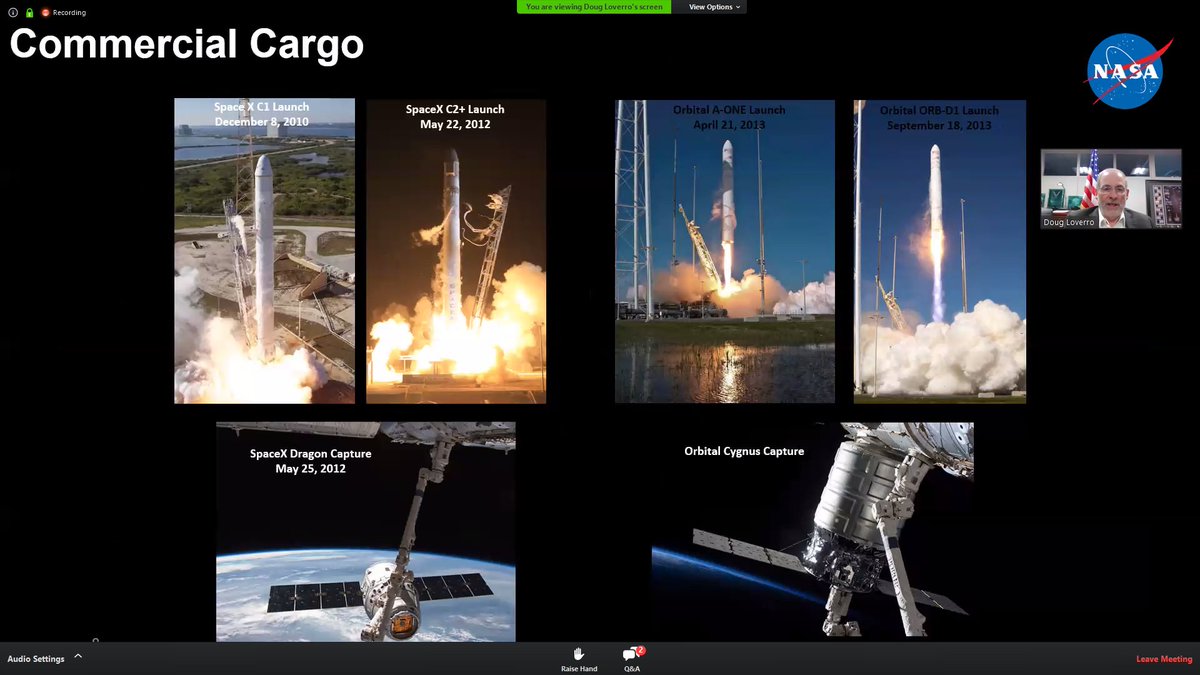 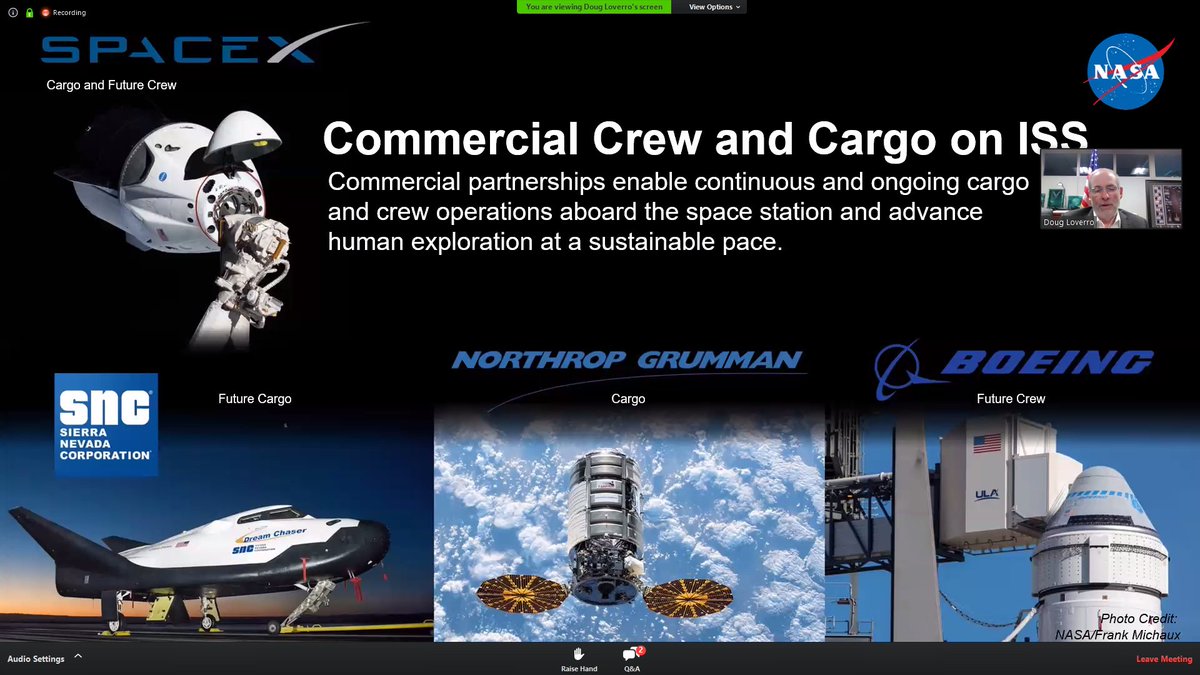 NASA's use of LEO today, which has moved away from that monopoly. 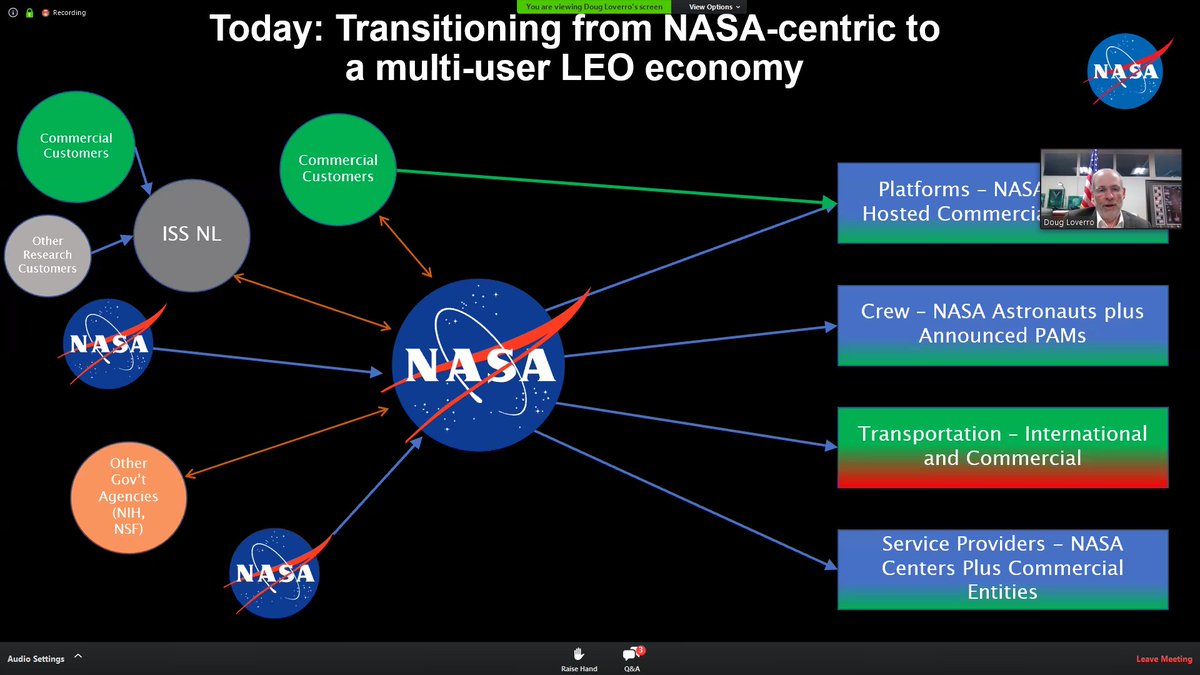 Loverro: @Axiom_Space's announcement of "their first private astronaut mission to the station, even in advance of actually creating their port, is a fantastic first step in this commercial space enterprise." 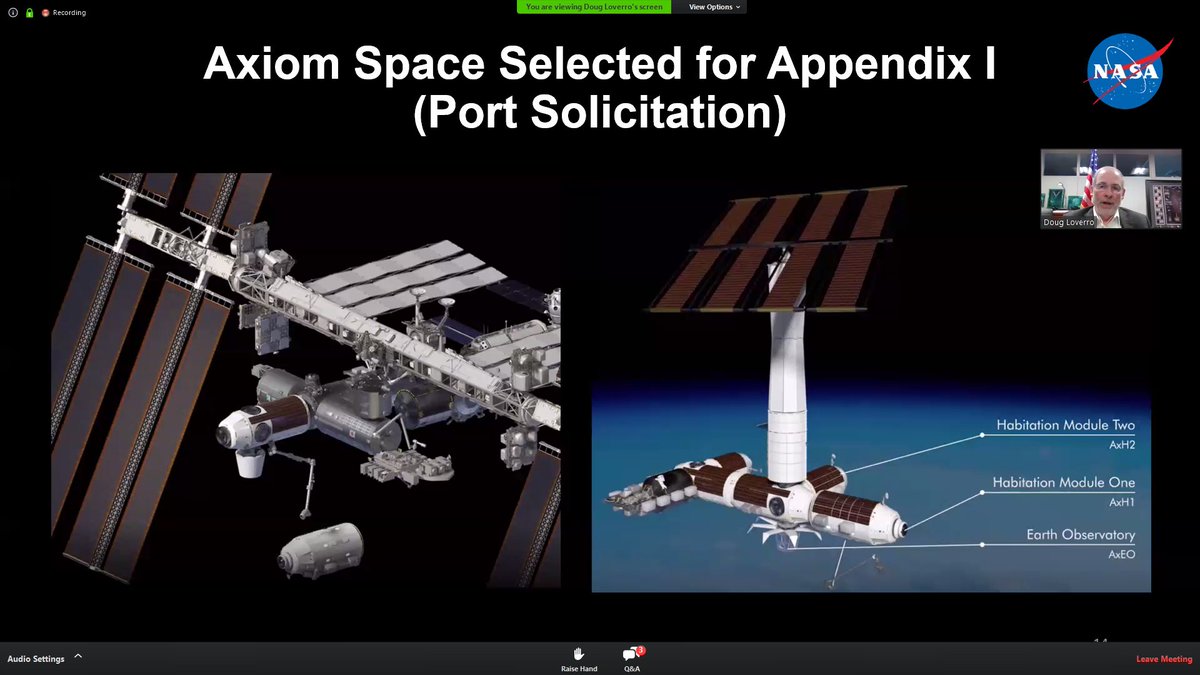 Loverro: NASA's long term vision for low Earth orbit, that "started in 2005 with the COTS program." 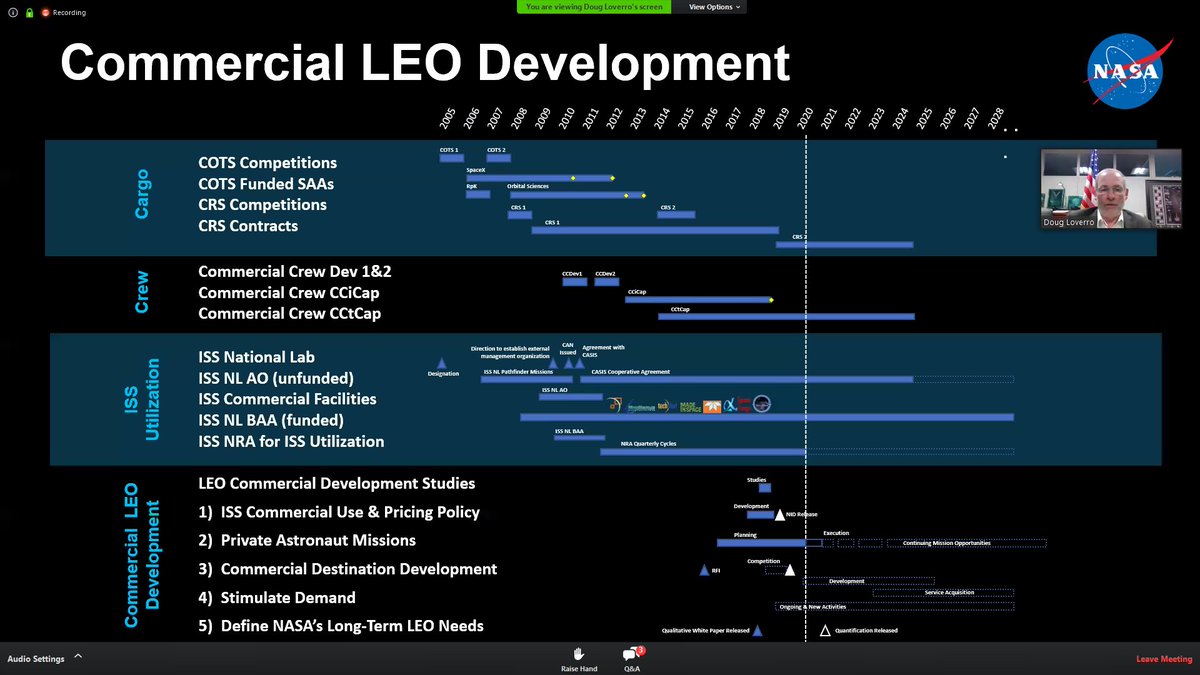 Loverro: "I firmly believe that we have not even begun to understand all of the things that people will figure out to do in space." 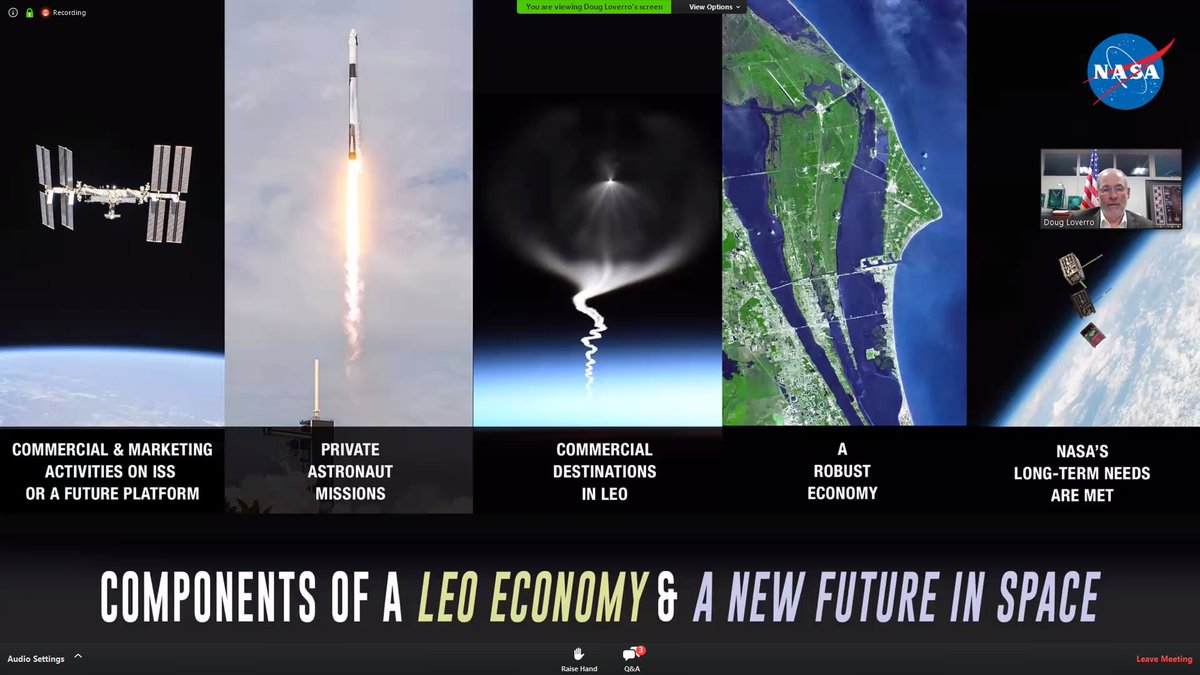