Trump first called the U.S. the "king of ventilators" on April 18.

HHS awarded a +$551M contract to Hamilton Medical for ventilators on April 15, when new infections were on the decline in NY.

Hamilton's page warns of the risks of sharing ventilators, as NY was forced to do.

"This will most probably result in distending (and damaging) the healthier lungs of the ventilated patients, while the lower compliant lungs will collapse further," Hamilton's website warns of the practice of splitting ventilators.  https://www.hamilton-medical.com/en_US/COVID-19.html … 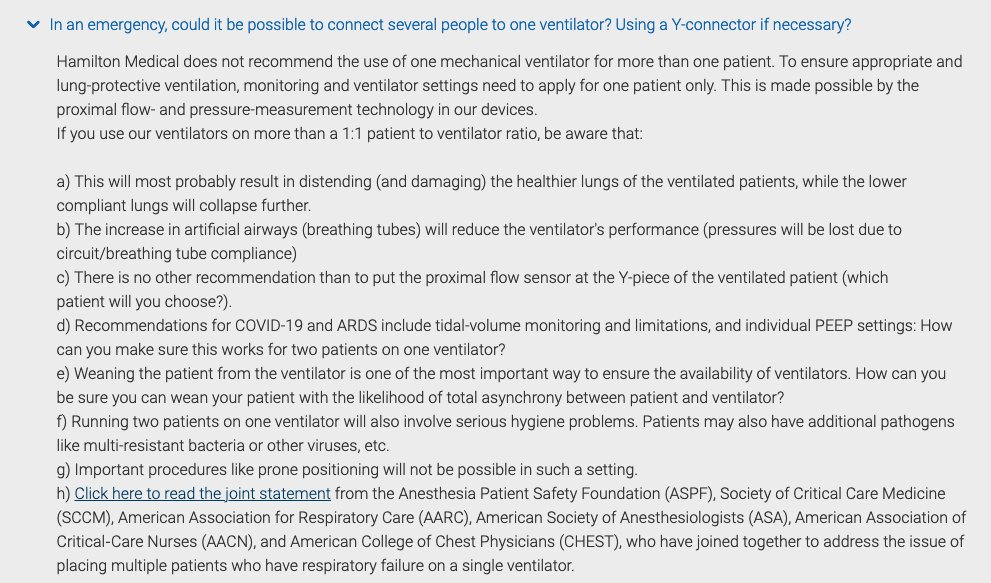 Those groups released their joint statement on March 26, the same day the New York Times released this dire report on ventilators in the state.

Headline: "'The Other Option is Death': New York Starts Sharing of Ventilators"

A Swiss company, Hamilton's award hit the U.S. contracting database on April 15. It announced a day earlier of its plans to team up with GM to build the ventilators in Reno, Nev.