Trump: US is “king of ventilators”

After NY forced to dangerously split ventilators between patients, US awarded top-five ventilator contractors $2.3B. Four ($1.9B) have a foreign parent/owner in these countries: 🇳🇱🇨🇭🇬🇧🇯🇵

Let's go through the contracts:

You can browse the largest awards yourselves on the USASpending database, where the top one for ventilators, at +$646 million, went to Philips North America on April 8.

Some of the other top contracts went to:

Of the top five contractors for pandemic-response ventilators, the only one with a U.S. parent or owner is Datex Ohmeda, a subsidiary of General Electric. 🇺🇸

"America First" nationalist rhetoric aside, the dates of these contracts are just as significant.

They fall well after reports coming out of New York about ventilator-splitting, which six medical groups called a dangerous practice.

That's just when these contracts *started.*

"Attempting to ventilate multiple patients with COVID‐19, given the issues described here, could lead to poor outcomes and high mortality rates for all patients cohorted." 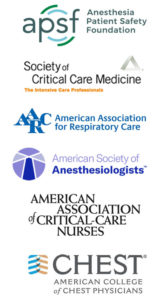