A strength of a good product organization is sticking with product investments long enough to get them right and make them work. Too often in a "move fast" world, persistence of vision is something that has been lost. Most every Microsoft product you can name went through this…

Here's the full review. Worth reading just to learn about how artificial intelligence was viewed 30 years ago. Funny to think back to when double-clicking on a column to automatically size it was an invention and of course toolbars were new as well. 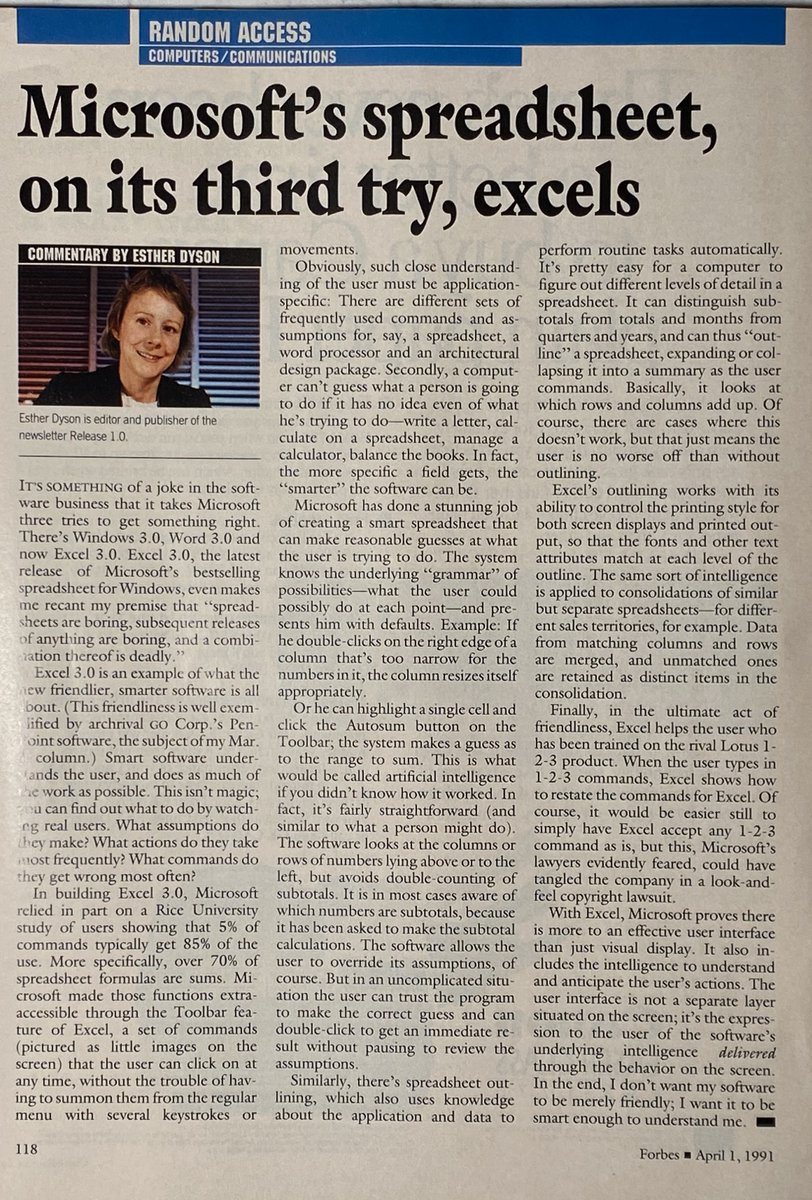 And some advertisements for Excel 3.0. Toolbars were featured on the box, including the "magical" sum command.

PS: The review was a bit harsh in that lead because customers loved Mac Excel from the start :-) 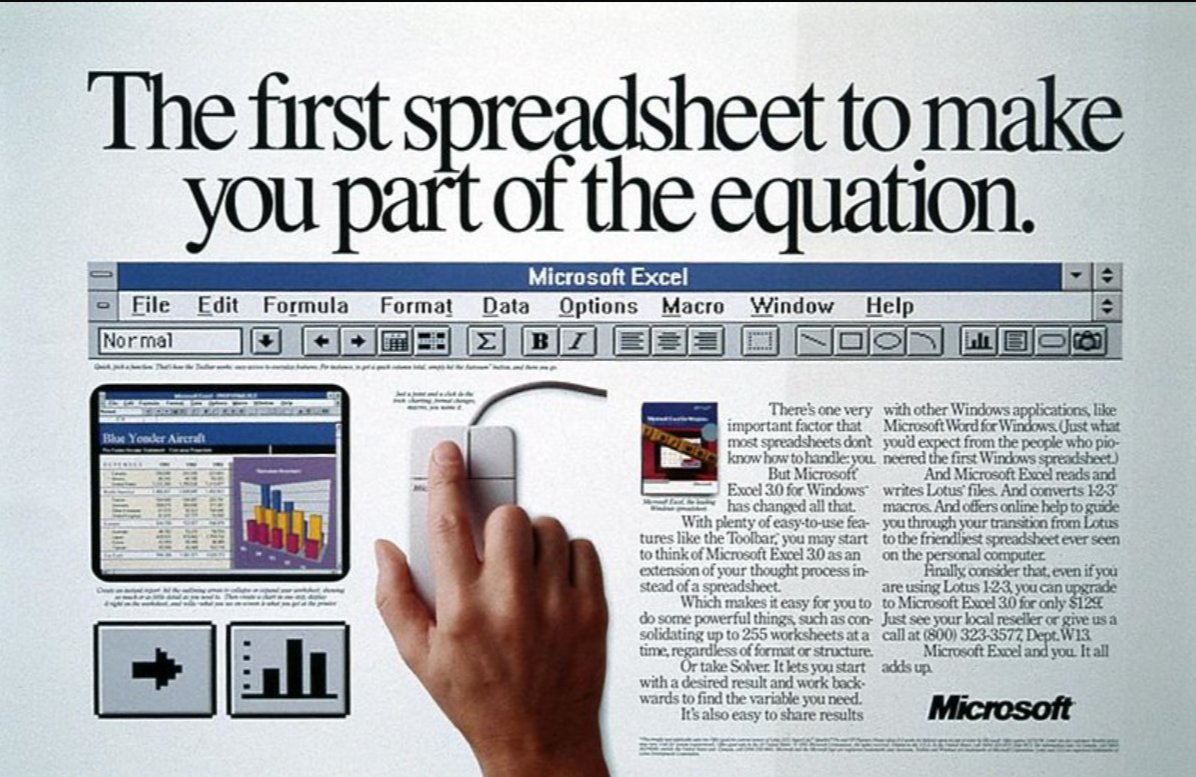 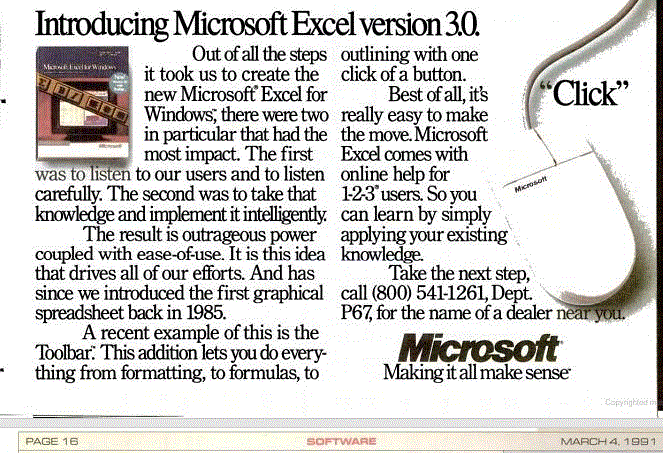 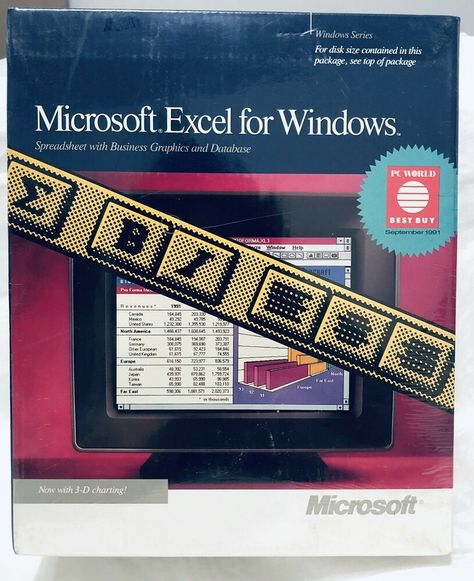 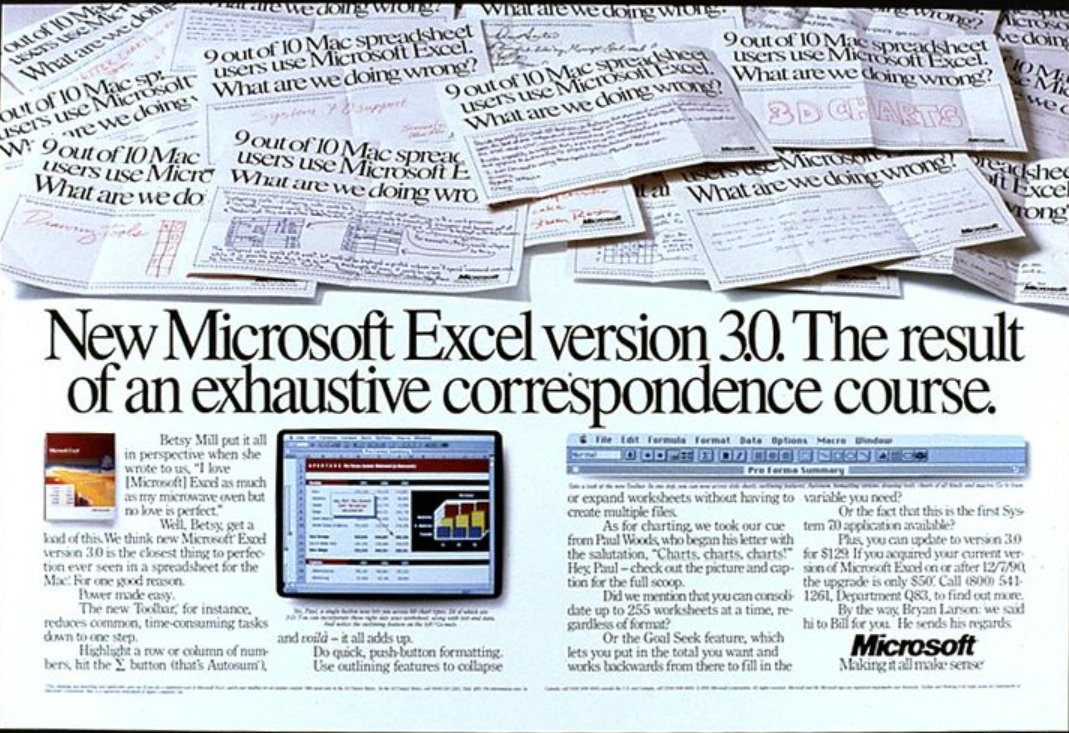