A lot talk about #COVID19nz today.

I am not an epidemiologist, etc., but let me explain, from an economist's perspective, what was done in #Finland.

Here, is where we are now 👇. I'd say the pandemic is under control. 1/6
#covid19finland
@MarinSanna @KatriKulmuni 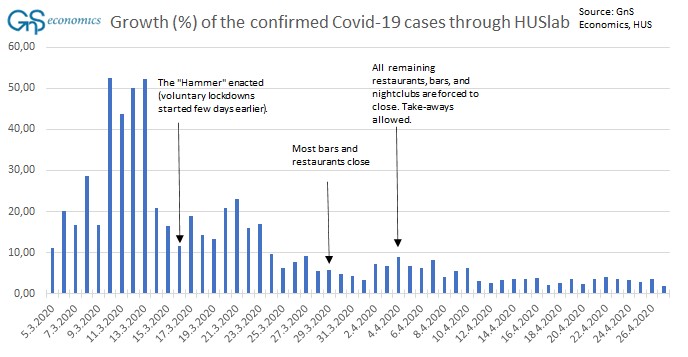 The Finnish strategy has had four "pillars":

1) Early containment with suppression through both voluntary and mandatory social distancing
2) Safe-guarding the risk groups
3) Keeping the structure of the economy alive.
4) Building herd immunity (slowly). 2/

Whether these were fully acknowledged at the beginning, is unclear. Yet, this strategy is where we ended up due to, e.g., our strong constitution.

Spread has been subdued and fatality rates have been much lower compared, e.g., to Sweden.

While the economic hit has been... 3/

... massive, our economy has held up. Construction work has continued, stores have been open and restaurants have been able to provide take-away food. Bars and nightclubs and schools have been closed.

While group gatherings have been banned, there has not been any curfews. 4/

The spending patterns across the Nordics have been very close to each other. 👇

So, at this point, I would prefer the strategy of Finland over, e.g., that of Sweden.

Naturally, the final "results" are in only later. 5/

Now, we are at the critical stage of opening our society.

It's quite obvious that our economy or the mental health of our citizens cannot sustain lock-downs for long, anymore.

Thus, we know how successful the "Finnish model" actually was only later, but it looks good!
/End