No, it is NOT true that other countries are struggling with COVID-19 just as much as the U.S. is.

No other country on this graph has has less success in bending the curve.

The first bad wrong objection to this is "yeah, look at per capita".

Friends, the the rate of decline is *the same* in absolute and per capita terms. And ours is slower.

The second bad wrong objection to this is "yeah but compare the U.S. to Europe, we're 50 states, not one country".

Uh...that's the point. If we had had a coordinated, centralized federal government response to this pandemic, our response would have been much better!!

Anyone who tries to invoke "per capita" or "50 states, not one country" to explain our slow rate of decline is pulling your leg.

Our coronavirus response has been the worst in the developed world.

And people who say "Don't try to put all the blame on the federal government, some state governments failed too" need to remember that little sign on Truman's desk.

Trump is the absolute polar opposite of this. 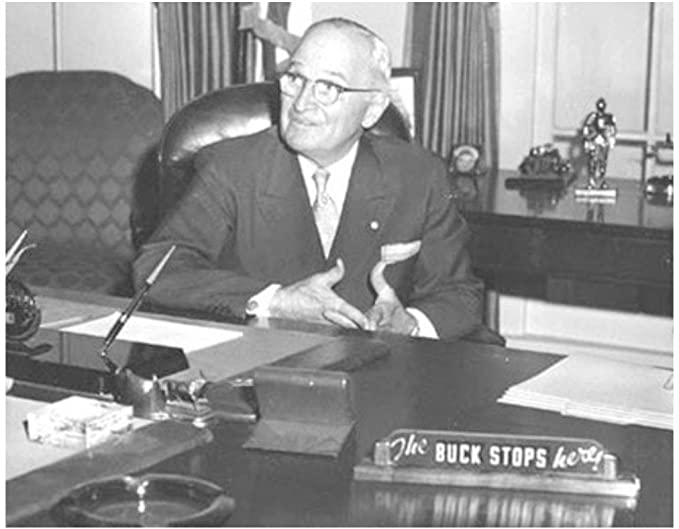