Tren Griffin+ Your Authors @trengriffin I work for Microsoft. Previously I was a partner at Eagle River, a private equity firm established by Craig McCaw. I am on the board of directors of Kymeta. May. 06, 2020 1 min read + Your Authors

1/ Munger: "Amazon has more to fear from Costco than Costco has to fear from Amazon. Because [Costco has] a better warehouse situation that is much cheaper- plus a public that totally believes that anything they sell will be high quality and low price."

2/ Charlie Munger: "they're coming late to any sort of delivery system. But in the end they’ll be more efficient and they’re already more trusted. So I would say all the figures show that Costco has nothing to fear from Amazon."

"In 2001 Jim Sinegal met Jeff Bezos in a Starbucks in Bellevue, Washington and told the Amazon CEO about the Costco business model."  https://www.google.com/amp/s/25iq.com/2014/05/24/a-dozen-things-ive-learned-from-james-sinegal/amp/ … 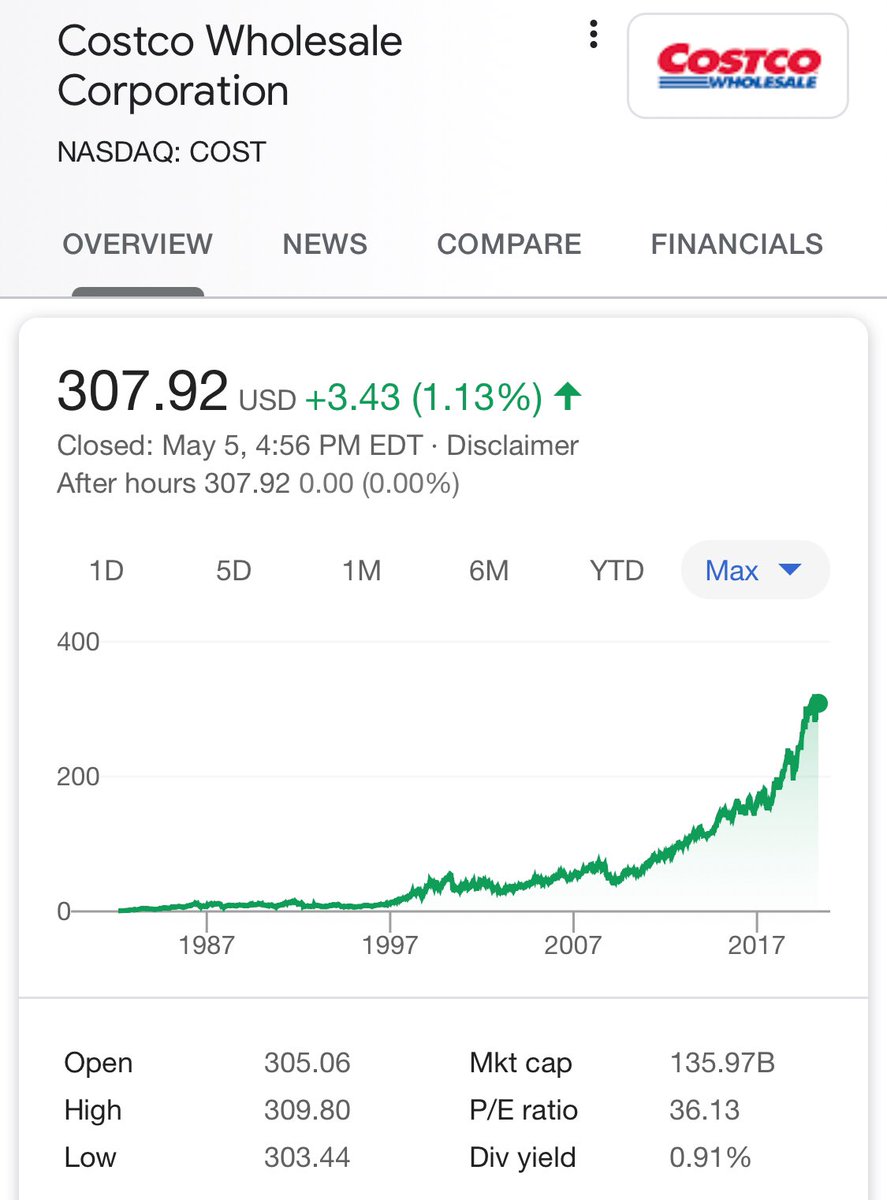 4/ The question Munger was answering was:

Q: Do any companies have a sustainable moat against competition from the likes of Amazon? Who is Amazon-proof?

He wasn't saying Amazon would not do well or spectacularly well. Charlie was talking about Costco, where he's a director.