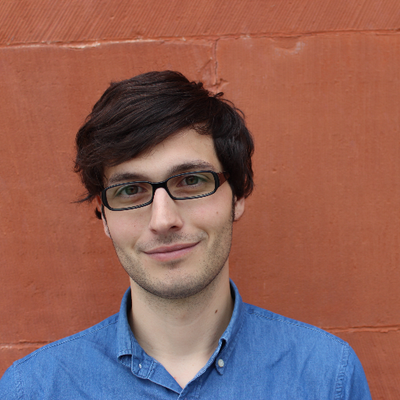 Here’s a story about how my university is complicit in the flagrant discrimination against non-male perspectives on the corona crisis. I’m not sure whether or not I should share this. But it’s been eating at me and it seems politically and culturally relevant. So here we go. 1/

In early April, my university’s Public Relations Office asked me to contribute to a project they call “Corona Kaleidoscope” (Corona im Kaleidoskop): An attempt, they said, to assemble perspectives on the current crisis from a variety of scholars at Freiburg University. 2/

Based on my work on the history of global health politics, the PR Office wanted me to provide a historical perspective on the corona pandemic, in the form of a short videocast, which we did on April 8; I reviewed and greenlit a demo version two weeks later. 3/

The final product was published through the university website on April 28. Since things have been very hectic lately, I didn’t even check until Monday (May 4). By that point, the PR Office had published 8 videocasts – with 8 men. 4/

To be more specific: Over the span of several weeks, they had published 8 videocasts with 8 researchers from Freiburg University – all of them men, 7 of them tenured professors, plus me (I’m an untenured postdoc). 5/

I was, and there simply is no other way to say it, shocked. But also, if I’m being honest, very much unsure what to do next. It seemed like a big deal to me – but maybe I overreacted? Was it really up to me to object and be, for lack of a better word, “difficult”? 6/

And so, on Monday night, I emailed the PR Office, signaling my discomfort and asking for clarification: How did that happen? Was there something I was missing? 7/

The reply from the PR Office came the next morning (quotes are my translations from German): It was explained to me that “representing diversity” was, of course, the PR Office’s “guiding principle,” but logistical circumstances had led to featuring male voices only. 8/

There had not been, the PR Office assured me, an “editorial decision” to focus on men – but after all, most professors were men, and the women who were contacted “did not have time or didn’t want to provide expert opinion.” 9/

Finally, I was “assured” that videocasts with women researchers were in the works and would be published soon (no further specifications were given – none have been published so far). 10/

I honestly don’t know what I expected the PR Office to say, but I was really taken aback by that reply. I immediately emailed again, this time forwarding my reply to the 7 tenured male professors who had appeared in the series with me. 11/

I told the PR Office that regardless of what would happen next, by starting the project with 8 videocasts from 8 men they had glaringly privileged male perspectives (and outrageously ignored non-male voices). 12/

I called BS on the “not an editorial decision” argument. Of course it was. Which is all the more perplexing as there has recently been a broad debate in Germany about exactly this: The many ways in which male perspectives/experts have been privileged during the corona crisis. 13/

I criticized the notion that since the majority of professors were male (which is true overall, but not for at least some of the disciplines/departments represented in the project), it was ok to go ahead and simply reproduce and perpetuate those inequalities. 14/

Finally, I asked why – if “representing diversity” was a “guiding principle” – they had simply gone ahead with an all-male lineup instead of rethinking the whole project and the decisions that had led to this outcome? 15/

In any case, I told them that I didn’t want to support the project in its current form and asked them to delete my videocast. 16/

Like I said, I forwarded my email to all the other participants. The first reaction came from a colleague who said he hadn’t been aware of the situation until he read my critique and asked the PR Office to delete his videocast too, as he shared my concerns. 17/

The next reaction came from the PR Office. This time they argued that as time was of the essence, they had decided to go ahead and publish everything as quickly as possible, regardless of the “gender imbalance.” 18/

I will remind you that three weeks went by from the moment I was filmed to when my videocast was published. I don’t know, seems like time wasn’t THAT much of a factor? Also, how exactly does that explain the all-male outcome? 19/

In any case, the PR Office declared they would delete the videocasts of those who objected. And they have. But not the other ones, of course. So as of today, there are 6 videocasts left – from 6 men, all of them tenured professors. 20/

There was one other line in the PR Office’s email that irked me: The person who wrote it added “may I remind you that gender is not the only category that is relevant in terms of diversity?” Oh, you think? How does that make it ok to simply opt for NO diversity whatsoever? 21/

Since the PR Office’s email, there has only been one other reaction, from one of the male professors. In his opinion it was “a welcome sign,” in terms of diversity, that the project had assembled people from different status groups. 22/

At this point, I will reiterate that out of the 8 male researchers whose videocasts had initially been published, 7 were tenured professors, plus me. Status group diversity? You’ll be the judge. 23/

Two things seem important to me about this episode. I don’t want to focus on individual people in the PR Office. They’re trying to do their jobs, under difficult circumstances. And they operate in a culture that, at the very minimum, allowed this to be the outcome. 24/

That’s what needs to change: Structurally and culturally, we need to get to a place where “We’re publishing 8 videocasts, by 8 male professors” is simply no longer an option, under no (realistic) circumstances, regardless of the individuals working in this or that office. 25/

Secondly, the men who have their voices heard, who get asked to provide their opinions, need to step up. This can’t just be someone else’s issue; we can’t leave it to those who are being ignored to fight an uphill battle and rectify the situation. It has to be our fight too. 26/

I know I probably shouldn’t be surprised, but I find it infinitely frustrating, irritating, and sad. And the end result – those who saw a problem got their contributions deleted, those who didn’t are still there – is… not great. But this is where we are, in the year 2020. /end