Charity Majors+ Your Authors @mipsytipsy CTO @honeycombio; co-wrote Database Reliability Engineering; loves whiskey, rainbows. I test in production and so do you. 🌈🖤Black Lives Matter🖤 May. 12, 2020 1 min read + Your Authors

To this list of leadership books, I should add one more: Gretchen Rubin's "Four Tendencies".

I find most personality typing schemes dubiously ornate, but hers is a simple logic map: do you tend to resist or uphold expectations, internal and/or external?  https://gretchenrubin.com/books/the-four-tendencies/intro/ … 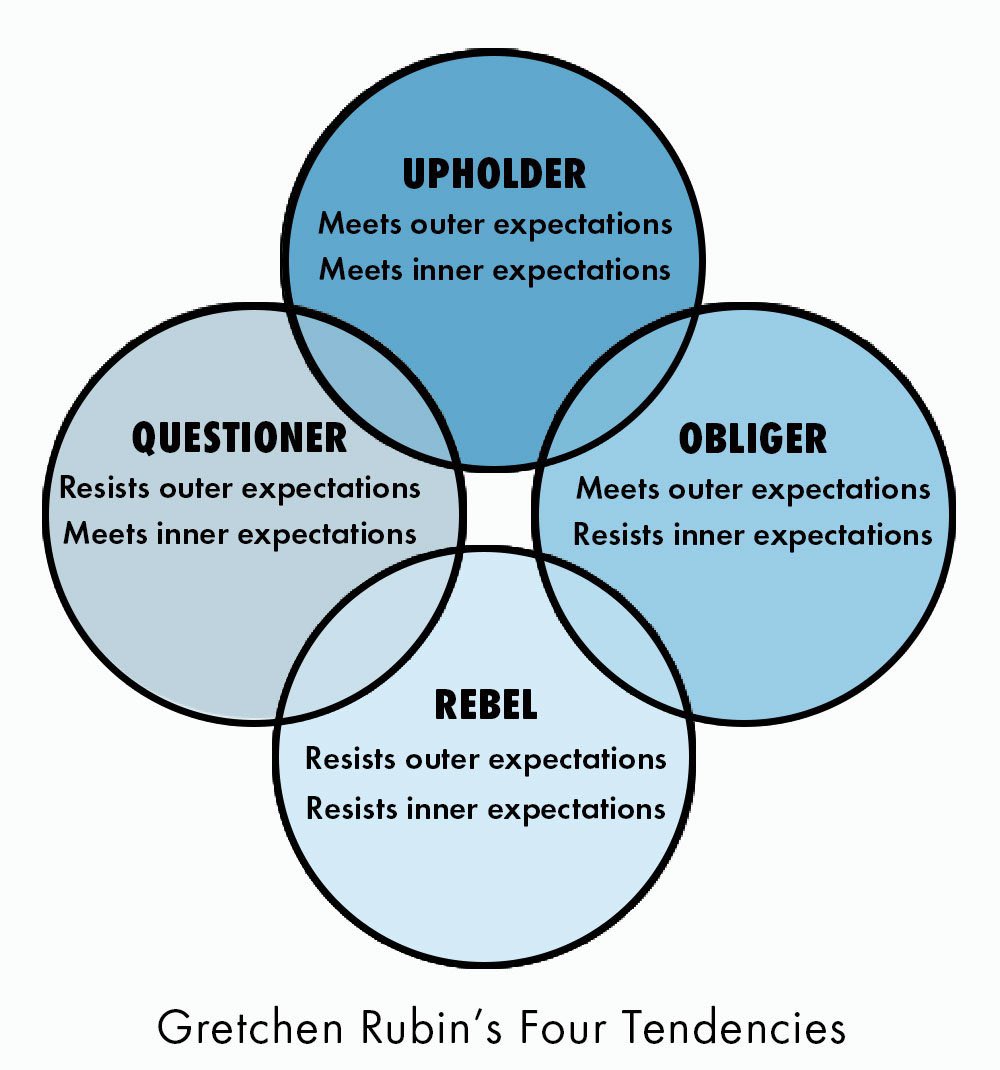 "what motivates you" is super useful information to know -- about your direct reports, yes, but also about yourself, your partner(s), your own manager ... anyone you rely on or who relies on you.

some people require a scaffolding of external structure to do their best work. for those people, you'll be doing them a favor of you help construct deadlines and external accountability points.

others will only chafe, ignore, or resent your attempts to do so.

people who are highly motivated by meeting others' expectations often tend to blow past their own inner limits -- they'll keep raising their hand and taking on more even when they shouldn't.

it's just really useful to know what motivates people when you're in a coaching role.

this framework also has the benefit of being simple and intuitive; most people can immediately place themselves on one of the four squares without needing any elaborate quizzes.

i am someone who strongly resists all expectations, internal or external. i feel a bit ashamed of it; i feel like i've spent my entire life trying and failing to take advice for people who are fundamentally motivated in ways i am not. it's nice to have words for it.

i used to jokingly describe myself as being 'entirely powered by fuckyous'; i end up playing a lot of games with myself to maneuver myself into doing socially productive activities, since as soon as i set a goal for myself, i lose any interest in doing it

anyway, if i were to name the most simple and straightforward self-help book i've read this year as well as "book that will instantly make you a better leader upon reading it", this is the one.