NASA's human spaceflight advisory committee is meeting today and tomorrow, with updates on each of the agency's major programs. 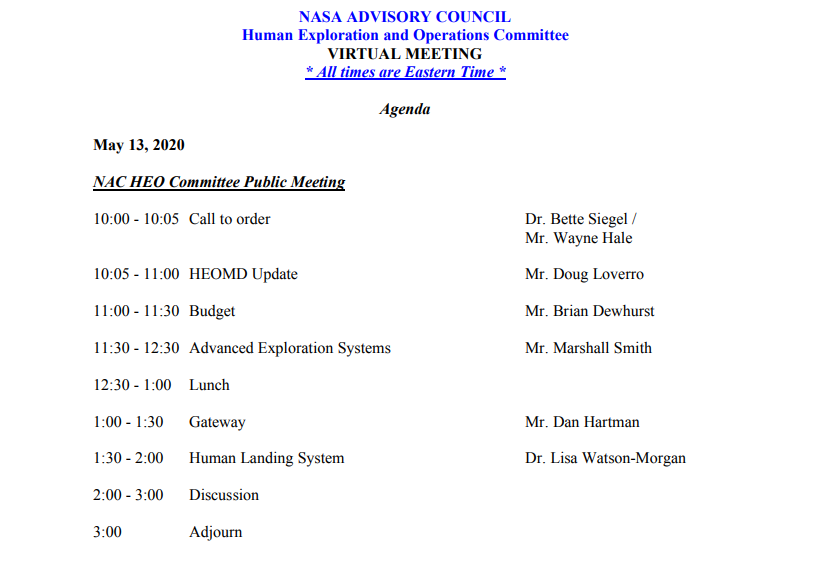 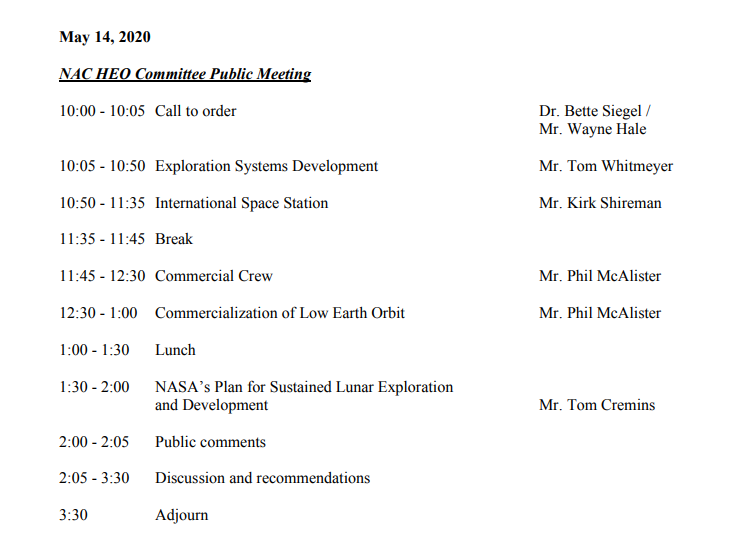 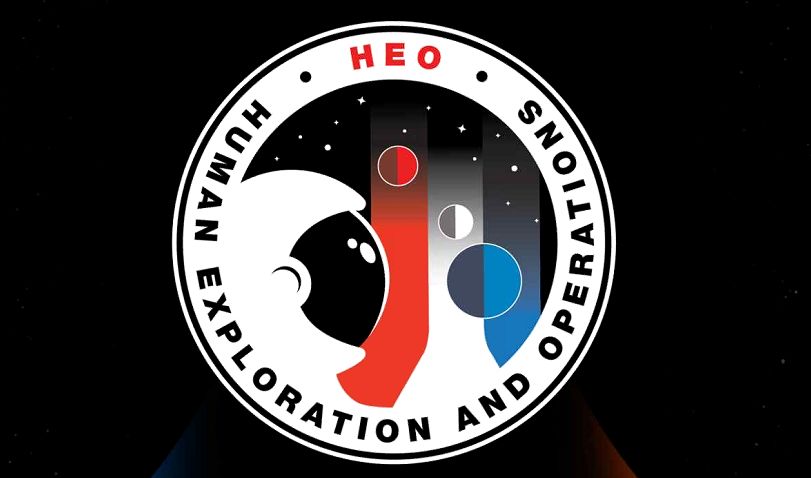 Loverro says NASA is working to streamline the Artemis program by establishing managers for each of the phases, after getting feedback that the program did not have a single formalized structure. 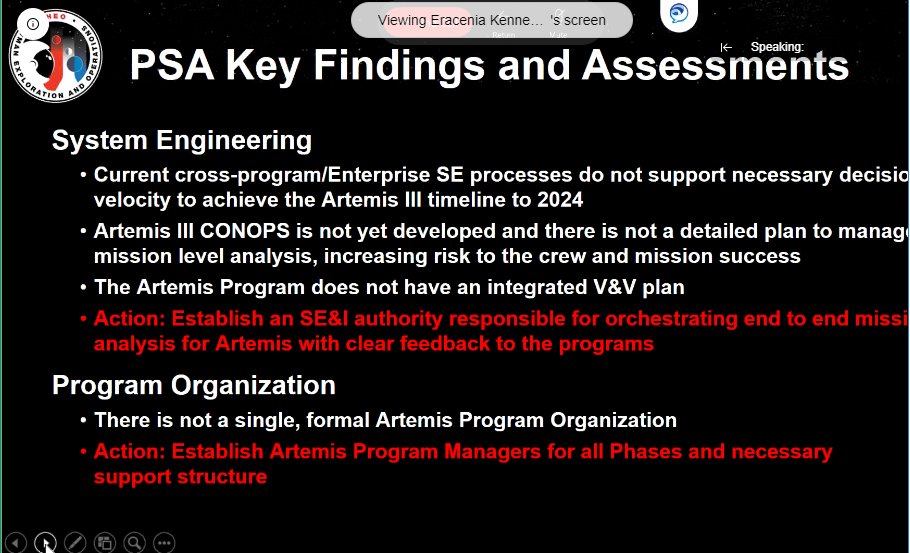 Loverro: These are the primary risks to the Artemis program schedule, including that there was not an "integrated master schedule:" 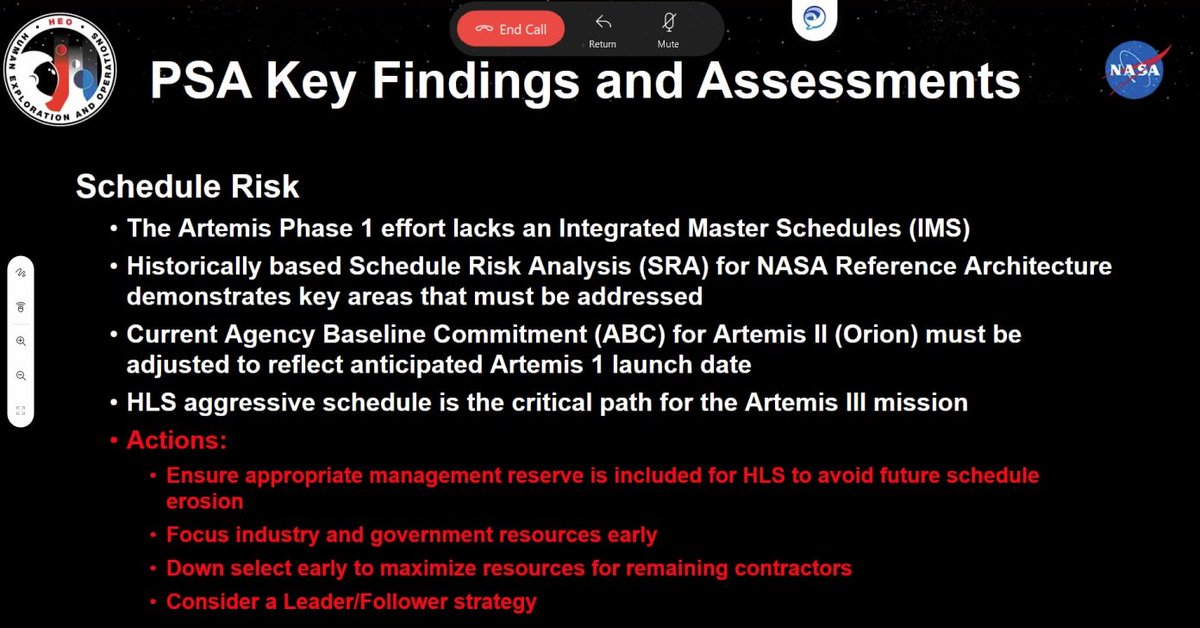 Loverro: This is the full Artemis architecture, although NASA is working on changes to the hardware as well as "how we fly the missions." 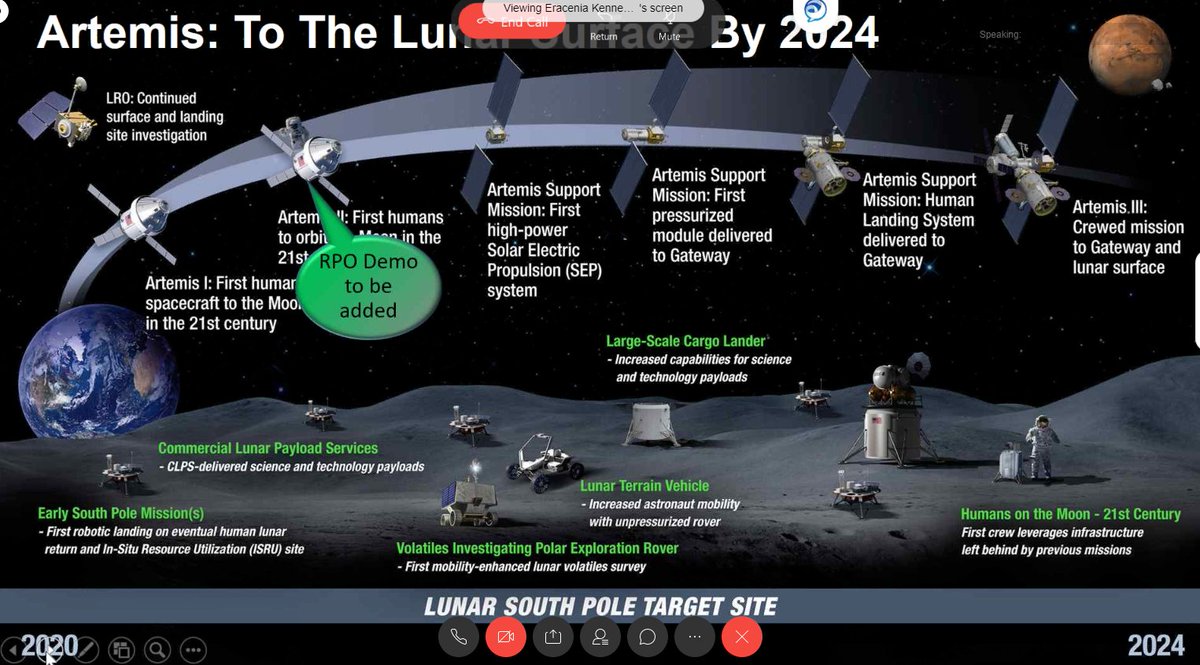 Loverro: "Everything that we're doing after the first [lunar] landing is really aimed towards propelling us and learning how to move to work on Mars." 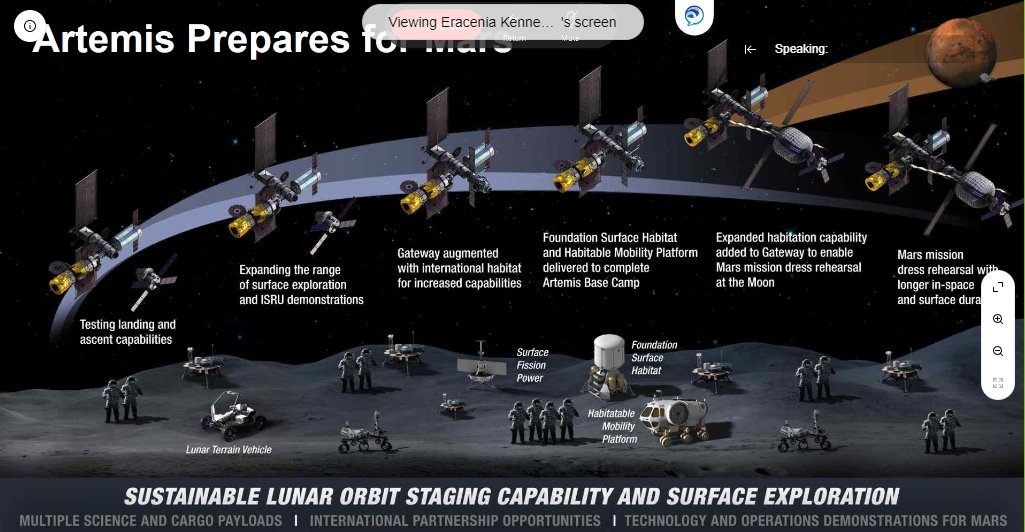 Loverro: NASA plans to move the "Near Earth Network" from about 70% commercially-provided services today to 100% commercial services by 2023.

Loverro on NASA's use of the word "commercial:"

"It's one of those words where we use it all the time but it really means different things at different time."

Loverro: NASA will be "very involved in every decision" that is made by companies building lunar landers under the HLS program.

"Slowly but surely we can move as we gain more confidence in our commercial partners."

Loverro on Boeing's Starliner orbital flight test: "It was a problem of software development and testing."

NASA "didn't have the kind of insight that we required" to determine that Boeing "did not do that correctly" and it's a lesson NASA is applying to the HLS program.

Loverro: NASA "will still use" the seat it just bought from Roscosmos even if SpaceX Crew-1 is on track to launch in August or September.

The seat "helps us manage the flow better" of astronaut access to the space station. 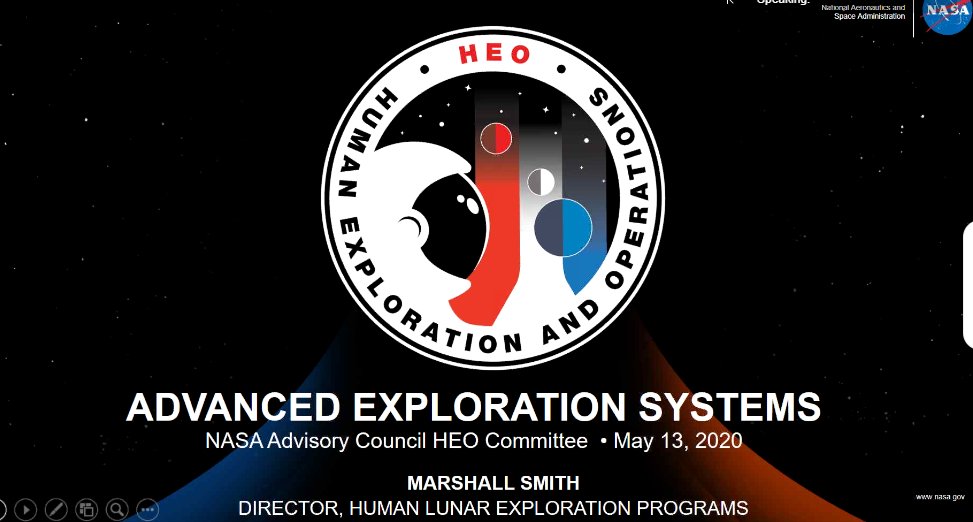 Smith: The mission plan for Artemis I, from launch to return to Earth. 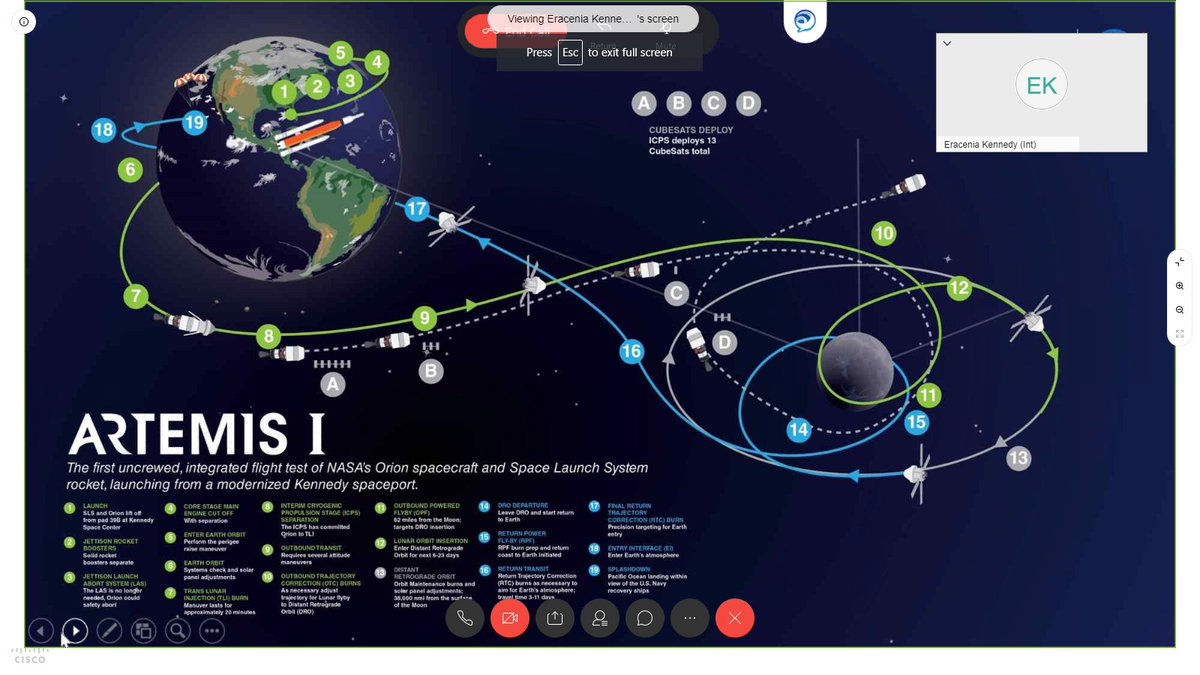 Smith: Essentially Artemis I and Artemis II are unchanged from the previous plan for EM-1 and EM-2.

Artemis III mission overview, when NASA plans to land astronauts on the Moon. 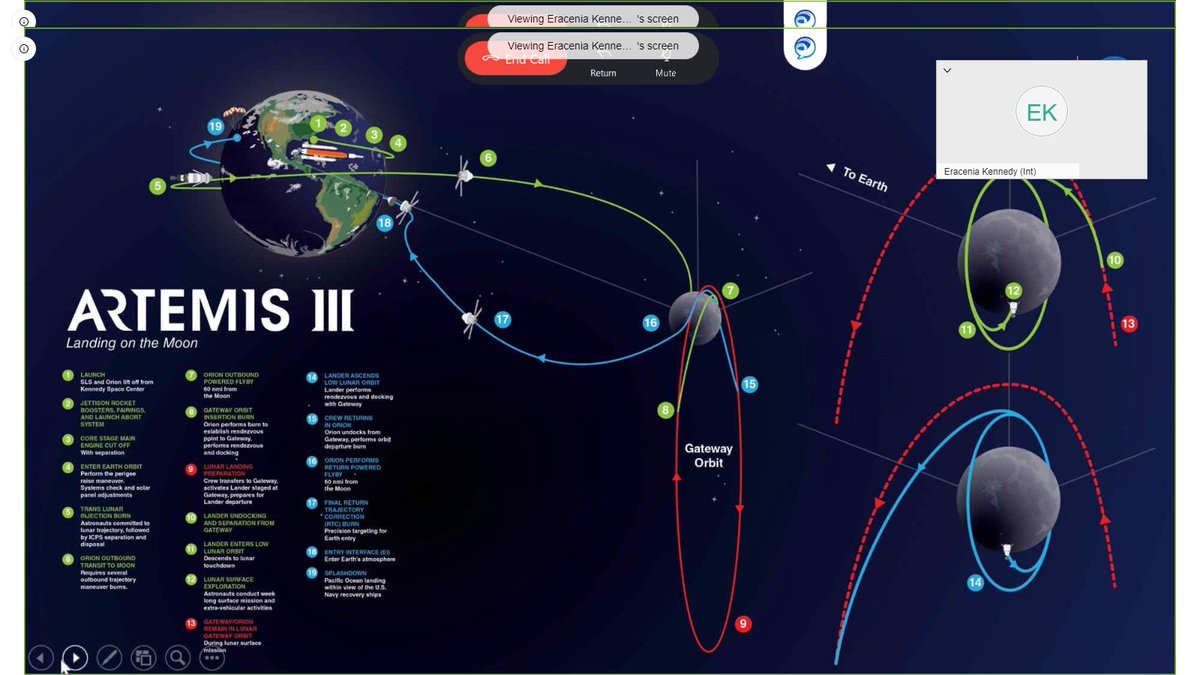