1/A quick thread on why I believe that Larry Summers is not a good economic adviser for Joe Biden.

3/In the 1990s, Bill Clinton seemed to have success with fiscal austerity. Long-term interest rates remained low, the economy boomed, and nobody seemed to mind the government surplus. But whether austerity helped in the 90s or not, it's definitely the wrong policy now.

4/But in 2009, Summers helped pushed Obama to limit the size of the ARRA stimulus.
https://www.theatlantic.com/business/archive/2012/01/the-most-important-passage-from-the-secret-larry-summers-memo/251834/ …

This was a big mistake. The 2010s were not the 1990s, and the Great Recession was prolonged because of a misguided instinct for austerity.

6/But in the 2000s, the China Shock did hurt American workers pretty severely, and the U.S. borrowed to fuel a consumption boom. Yet even in 2012, Summers was dismissing these concerns, adhering to a strict pro-free-trade position.

7/In the age of coronavirus, offshoring of supply chains proved to be a big reason why the U.S. had trouble ramping up production of PPE and testing supplies. Summers was left scratching his head at how the system he helped create failed at a critical juncture. 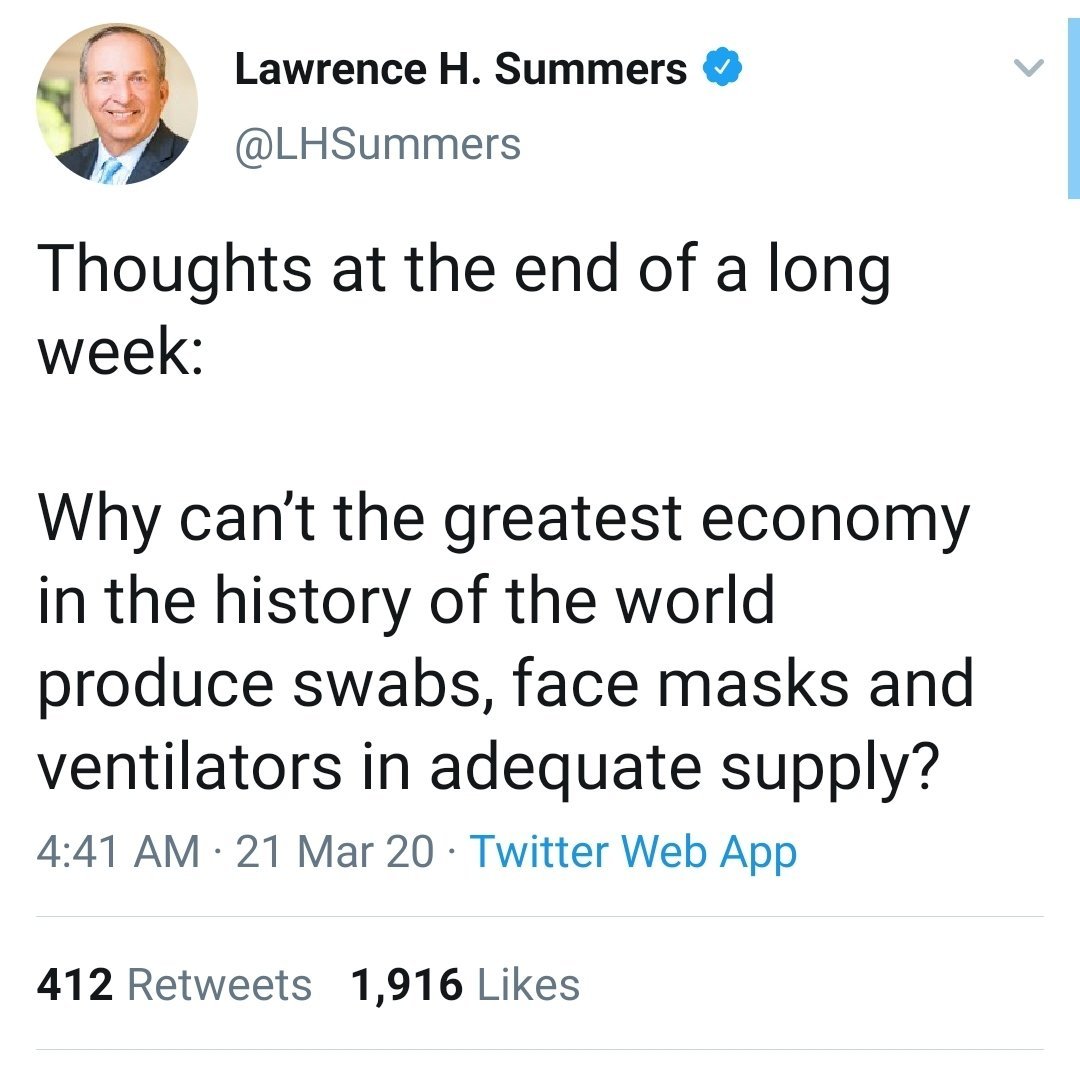 9/Summers might have given some good advice in the 90s, but the 90s were a long time ago. He gave critical pieces of bad advice in the 2000s and 2010s. And there's no reason to think that his worldview has undergone any spectacular changes that would change my assessment.

10/There are plenty of great economists that Biden could call and ask to be his advisors. Just off the top of my head I can think of:
Arin Dube
Emi Nakamura
Christina Romer
Brad DeLong
Claudia Sahm
Suresh Naidu
Justin Wolfers
Raj Chetty
Jason Furman
Austan Goolsbee

11/I'm not here to "cancel" Larry Summers, but I think Biden's team can't afford to base its depression-fighting policies on ideas from the 1990s.