The Cold Civil War is largely an asymmetric struggle. The Left launches moral/rhetorical attacks, while the Right retaliates with actual policy.

2/Immigration is an example. The Left (including me!) launched massive moral/rhetorical attacks in favor of the idea of immigration. Some even developed new moral arguments, such as "immigration as reparations for colonialism".

3/And it worked! The moral/rhetorical attacks resulted in a surge of pro-immigrant sentiment in the polls. 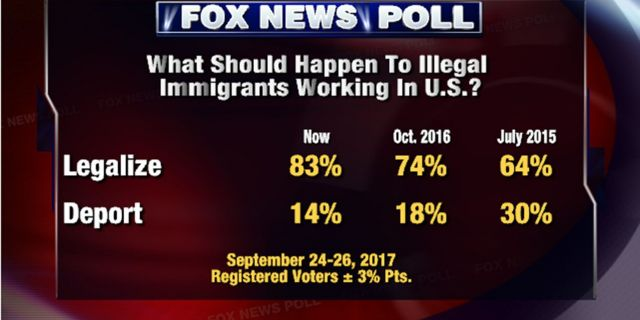 4/The Right couldn't stand against our moral attacks in the world of rhetoric, so instead they counterattacked in the physical world.

We shamed them over mistreatment of asylum seekers. They effectively ended asylum at the Mexican border.

5/We successfully shamed a New York Times reporter en masse for referring to the child of immigrants as an "immigrant". They won't make that mistake again!

The Right, meanwhile, is succeeding in halting most forms of actual, physical immigration.

Perhaps this will change if Biden gets elected.

7/Anyway, this is not to say that the Left's moral/rhetorical victories are "fake" and the Right's policy victories are somehow "real". It's much more complicated than that. Morals and rhetoric are incredibly important to most people.

8/If you talk to people on the Right, they feel like they're losing the Cold Civil War, because all the morality and rhetoric of intellectual society, social media, etc. has turned against them. Even though they win on policy.

9/But people on the Left also feel like they're losing, because policy so seldom goes the way they want (at least, recently).

Each side feels ineffectual because the other side has something it desperately wants. @antoniogm and @tznkai have both pointed this out.

10/In any case, maybe Biden will bring the Left policy victories as well. Maybe not. I can see this sort of asymmetric warfare going on for a long long time, as the country drifts rightward on policy and leftward in culture. Must there be a breaking point? I don't know.