🧵 Hard to believe it's a year since Ukrainian comic turned President Zelensky was sworn in. He marked the day with a press conference, noting it'd be shorter than the 14-hour marathon last fall. Here's some of what he said that is new, notable, controversial. (📸 @APUkraine) 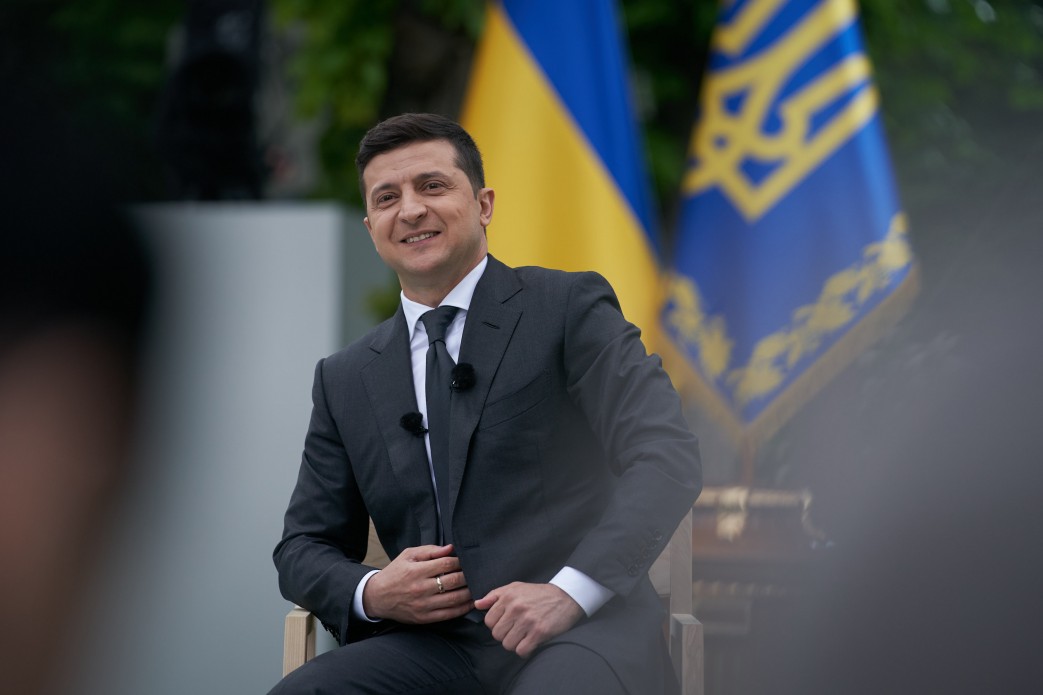 First, he began his anniversary with an op-ed in the @nytimes. He said he had high hopes coming off a historic and landslide victory. "Then the past year happened." Indeed. He discusses inheriting a war and having to deal with Putin. And of course Trump.  https://www.nytimes.com/2020/05/20/opinion/volodymyr-zelensky-ukraine-coronavirus.html …

A good line: "After chasing higher ratings for most of my life in the entertainment business, it took only one phone call to become truly world famous." He also discusses the coronavirus pandemic. The piece is hopeful and light on substance.

At the press conference, there were fewer jokes than usual. Zelensky, sounding a bit like Yanukovych (who imprisoned political rival Tymoshenko), said that punishment for his rival, Poroshenko, "is still ahead." But it's up to courts, of course, Ze added. 🤔 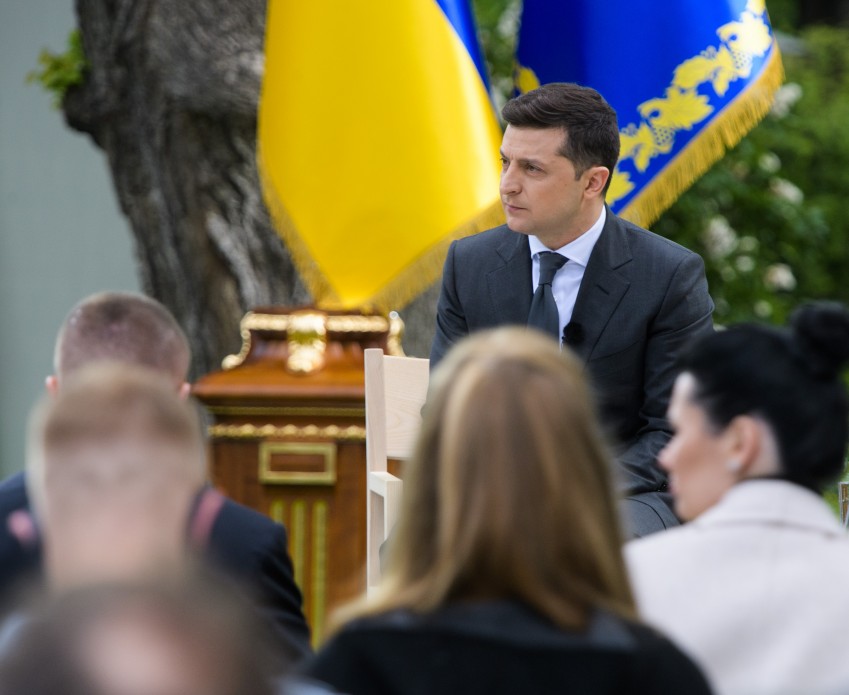 Zelensky also spoke about the Biden-Poroshenko tapes released yday by MP Derkach, a Giuliani pal. Ze said "I think this is not the last call" to be heard and that authorities "will investigate" Poroshenko for what was on the tapes, despite no revelations, seemingly no wrongdoing.

Zelensky added about the tapes and Poroshenko: "I know that this can be perceived, qualified as high treason. This is the matter of law enforcement agencies." Poroshenko has said investigations into him are politically motivated. This will worry Ukraine's Western backers.

Quick side note — More on those Biden-Poroshenko tapes (which also include John Kerry) and the man who released them yesterday here:

Zelensky spoke about the war & peace process. "We will fight for Minsk till the end because sanctions against Russia depend on the Minsk process," he said. Previously, he said he'd allow that process a year and then change tack. Today, he said he'd give it another year. 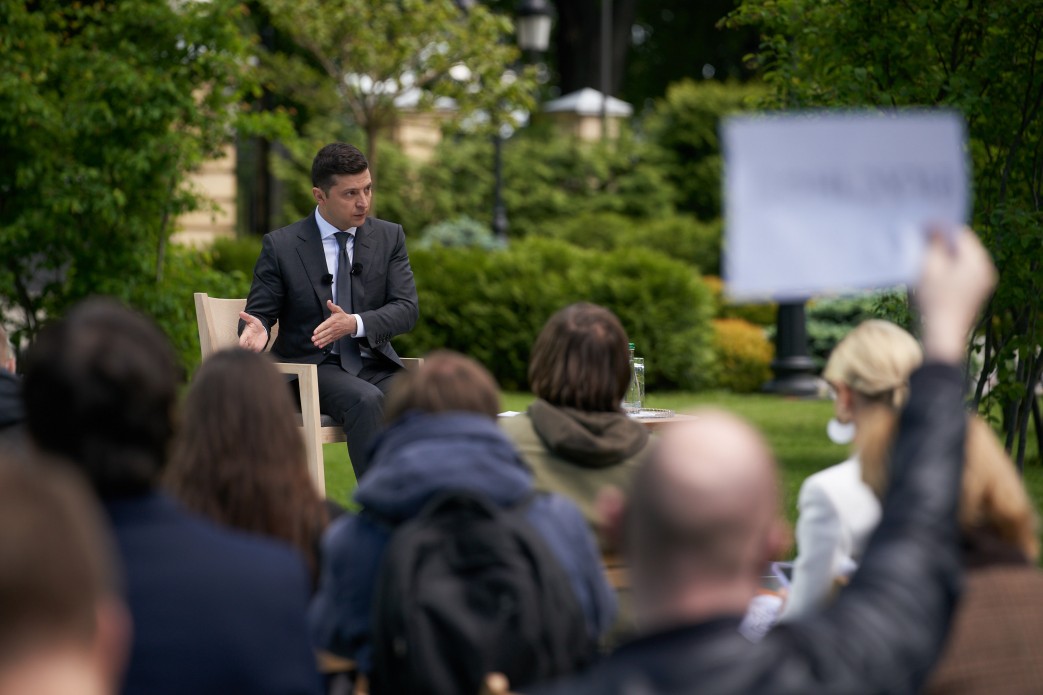 Zelensky on Russia sanctions related to the war in Donbas and Crimea: "You are well aware that everyone wants to lift them, not only Russia but also numerous European countries, whose economies also suffer from these sanctions."

Zelensky also defended his stance on negotiating directly with Russia's Putin to end the war in eastern Ukraine. He said he's ready for more direct talks with him, adding that there are some things you can only talk about and understand when you're face-to-face with someone.

Zelensky's base, which hasn't shrunk much since he won with 73% of the vote, will be more/less fine with this; a vast majority of Ukrainians want war to end. But the president's very vocal critics, many from Poroshenko's circle, will use this to attack Ze; US will be supportive. 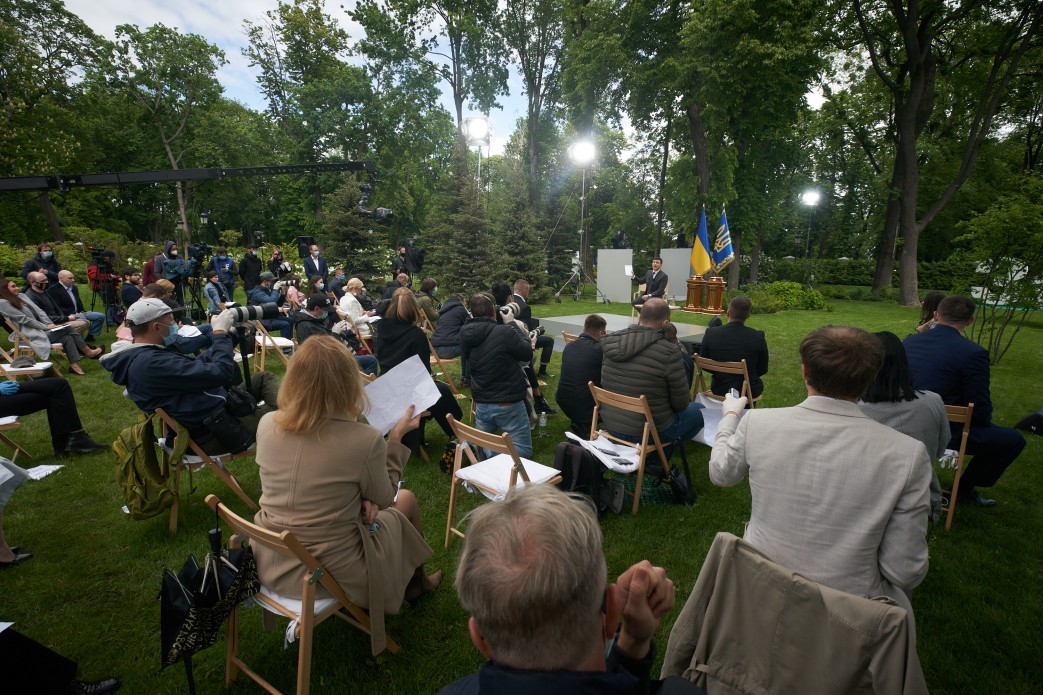 On high-profile murder case of journalist Pavel Sheremet, Zelensky said he's watching closely. It's still unsolved but arrests have been made; not everyone convinced the named suspects involved. Ze said if wrong ppl arrested then authorities responsible will be held accountable.

Zelensky said the Sheremet case is the responsibility of powerful and controversial Interior Minister Arsen Avakov. "If he launched this case, he must bring it to an end," the president said.

On the coronavirus, Zelensky said Ukraine would begin easing quarantine restrictions on May 22 and vowed that govt will pay 300% bonuses to medical workers treating COVID-19 patients. As for something like stimulus checks, he said Ukraine isn't the US; it doesn't just print $.🤷‍♂️

Zelensky also said:
-He wants to press the banking system to expand lending;
-He'll support a candidate from his ruling Servant of the People party in the Kyiv mayoral election (not @Vitaliy_Klychko);
-He's not dismissing chief of staff Andriy Yermak, despite numerous scandals. 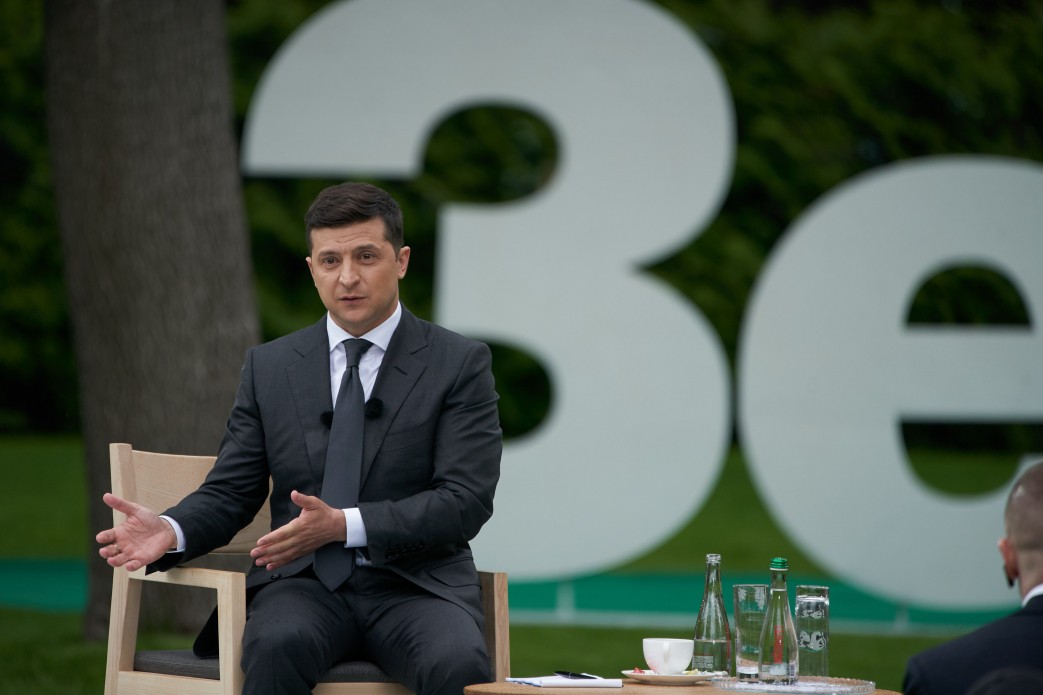 Asked about running for a second presidential term (he's only a year into this first one), Zelensky, who said during his campaign that he wanted to be a one-term leader, now says, "I will think about it." He said one term isn't enough to fulfill all his promises. 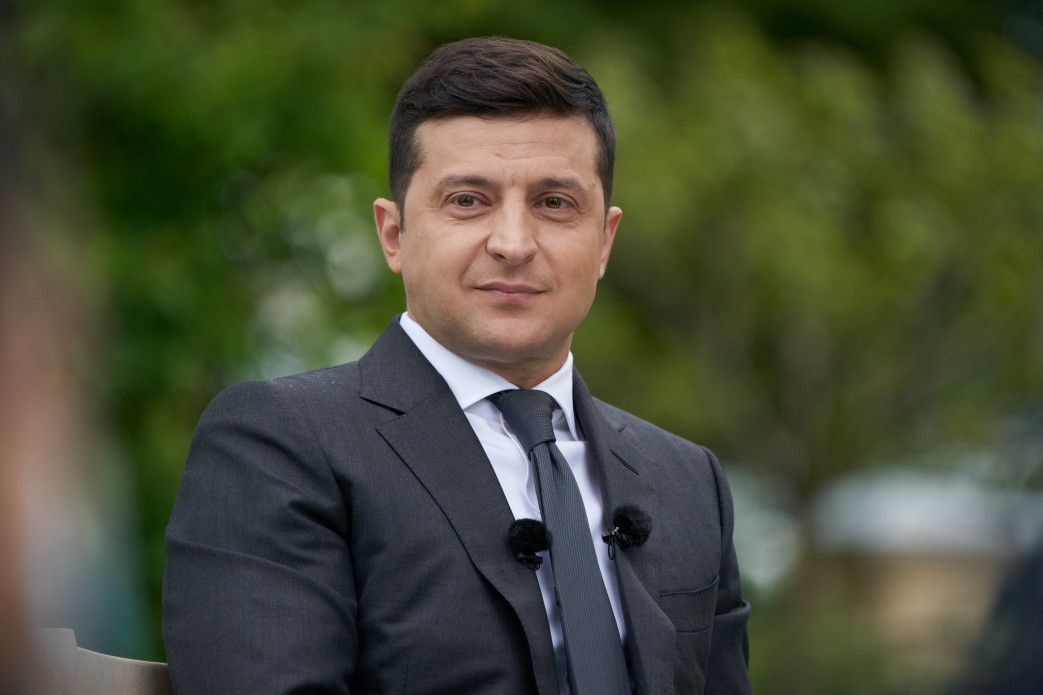 Zelensky's press conference from a French perspective. Here's what my friend and foreign correspondent colleague @stefsiohan thought of today's event in Kyiv: