Former Ukrainian President @poroshenko just sent a lengthy statement about the recordings of himself and Biden released yday. It begins, "The fifth column of the Kremlin has launched a full-fledged special operation against Ukraine."

Poroshenko continues: "By means of pulling Ukraine into the electoral struggle in the US they are trying to undermine the US bipartisan support of Ukraine." Full statement attached here: 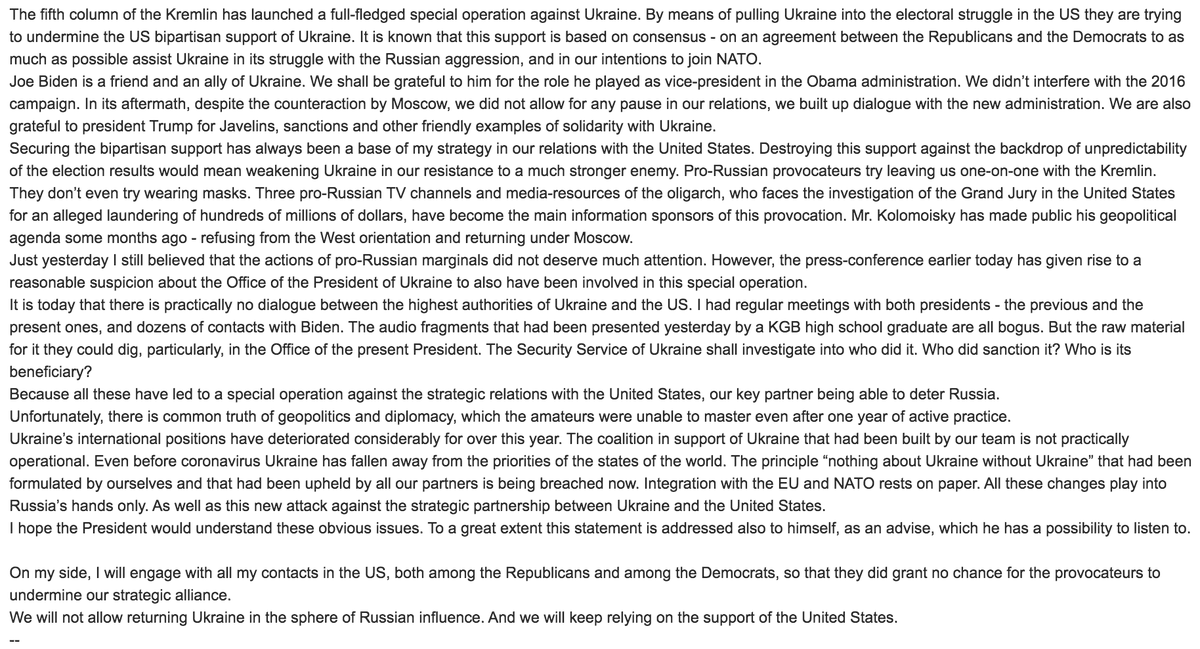 Poroshenko blames oligarch Igor Kolomoisky for sponsoring the campaign behind the release of the recordings and mentions the grand jury investigation against him that we reported in @BuzzFeedNews yesterday.  https://www.buzzfeednews.com/article/mikesallah/ukraine-billionaire-oligarch-money-laundering-investigation …

For more on this, read the take below from one of Ukraine's most prominent and respected anti-corruption activists, @dkaleniuk.