BREAKING: A federal judge sanctions the Justice Dept for failing to disclose at least 10%+ of documents required for the 2020 census litigation.

"To be sure, this was not DOJ’s finest hour," Judge Furman says.

Even if true, Judge Furman rules, it would not have affected the outcome of the case, which is that the citizenship question challengers won.

"To be clear, that conclusion is not based on a finding that Plaintiffs’ troubling allegations are wrong," Furman notes. 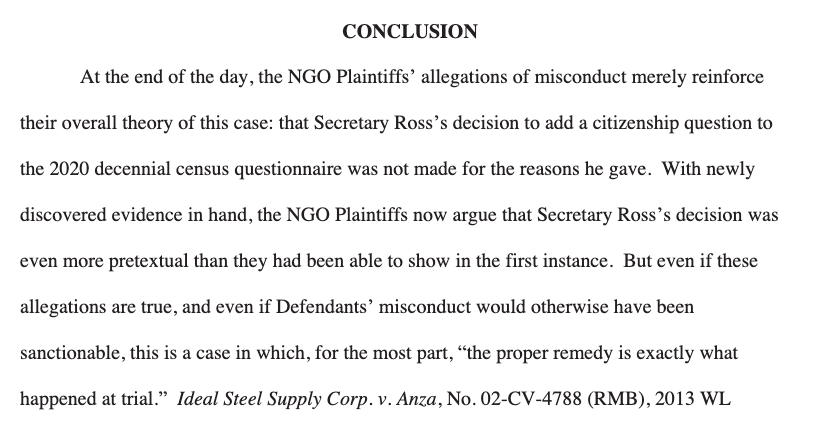 * He sanctions the DOJ for withholding evidence, in the form of attorney's fees.

* He won't order discovery or add'l sanctions over the Hofeller controversy, avoiding a potentially embarrassing inquiry.

"If there is more to the story, principles of judicial restraint counsel in favor of letting it be uncovered and told somewhere else," Judge Furman says.