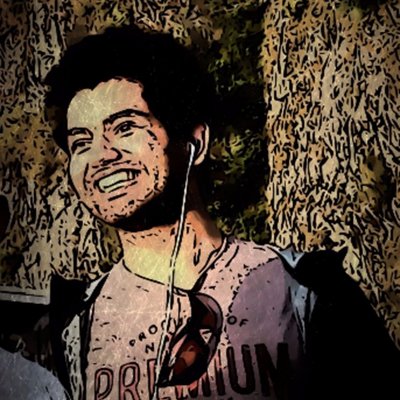 1\ What happens when a whale dies in the ocean?

Surprisingly, it's an important part of the deep sea ecosystem

2\ In the deep dark oceans, where no sunlight reaches, plants can't survive.

This makes it a 100% carnivorous environment. So, where does the patsy of the food chain - the one that doesn't eat anything and gets eaten by the bigger things - come from?

3\ Well, nature has no patsy. It's the big boys dying that feeds the smallest creatures in the deep sea.

A Whale Fall is a real thing: The carcass feeds the ecosystem. 🤯
https://en.wikipedia.org/wiki/Whale_fall

4\ These are exceptional testing grounds for studying evolutionary pressures and natural selection.

Biologists love exploring these "closed" natural ecosystems - they have almost zero interaction with the rest of the world.

Look how excited they are!
https://www.youtube.com/watch?v=CZzQhiNQXxU …

5\ Of course, the next question is, how does the whale fall anyway?

Do fish sink or float when they die?

To answer that, we need to figure out if fish are more or less dense than water. Think of when they're alive - do they need to actively work to stay where they are?

6\ They're denser than water, which keeps them underwater most of the time.

They have a "swim bladder" which helps them adjust their buoyancy. When they have "bladder problems", this happens:

7\ When they die though, since they're denser, they sink.

However, bacteria start decomposing the insides, which releases gases, which inflates them like a balloon.

The shape of the fish changes, increasing buoyancy, which makes them float up, just like the swim bladder.

8\ I've never tried this nor seen it, but I expect the fish to sink after a bird or some other fish cuts this cavity. Like popping a balloon, the fish should deflate and sink back down.

9\ This raises a mystery: how do the whales sink? For a successful whale fall, does something need to cut the whale?

You could calculate the terminal velocity of a whale in water (with lots of assumptions, I got to 250km/h or 150 mph)

10\ So sinking to 3km would take less than a minute. That isn't enough time to start decaying.

The sea bed is a cold dark place. This slows down decomposition. By the time the scavengers get to the whale, there aren't enough cavities left to lift the whale back up.

11\ And that ends this whale's journey, servicing the next generation of deep sea creatures.