A lot of fuzz about the potential recovery of #China.

But, is her #economy really going to recover? A thread.

Sometimes, one picture says more than the thousand words. IMHO, this is one of those. 👇 1/8
#depression2020 #recession2020 #coronavirus
@GnSEconomics 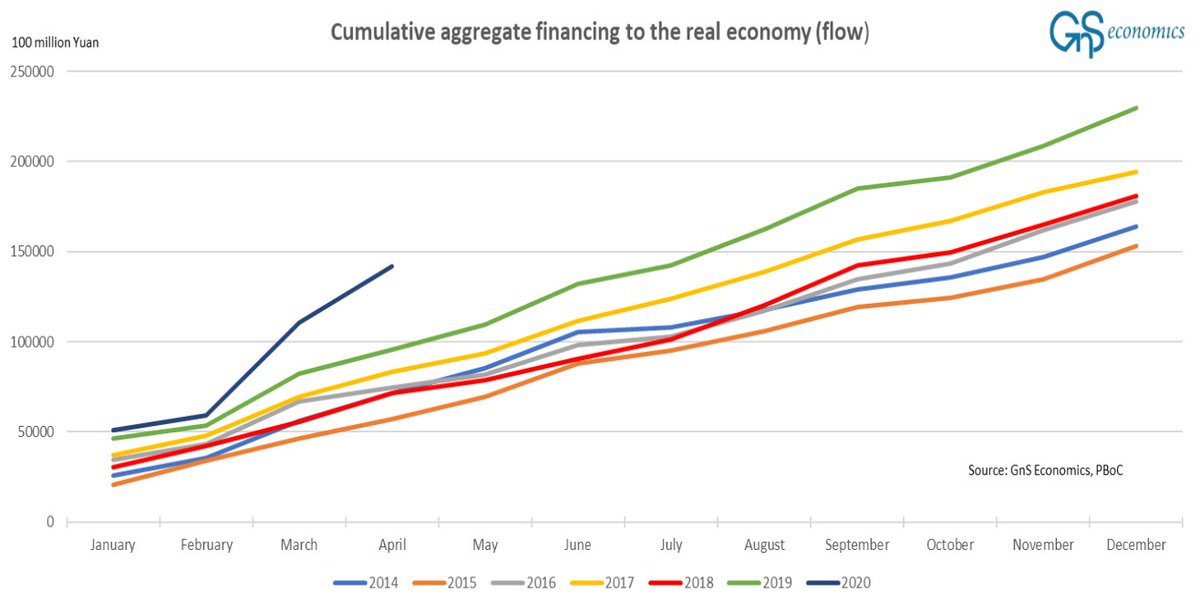 Thus, China responded to the economic shock caused by the #COVID19 and 'draconian' lock-downs with 'draconian' stimulus, setting the stage for other nations to follow.

The only word to describe this is: Desperation. 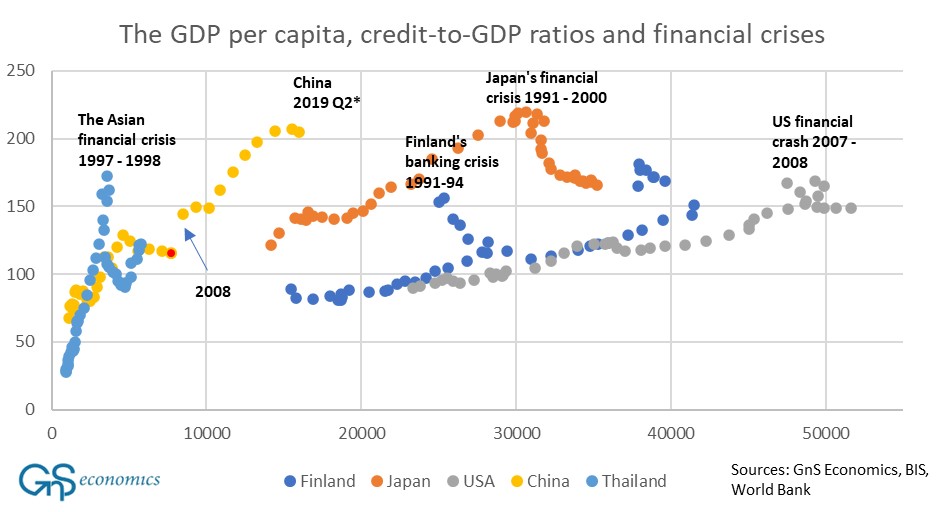 The small decline in the share of non-financial sector debt to GDP will explode in Q1 and Q2 2020.

And, the shadow banking sector has grown to a "beast". 👇 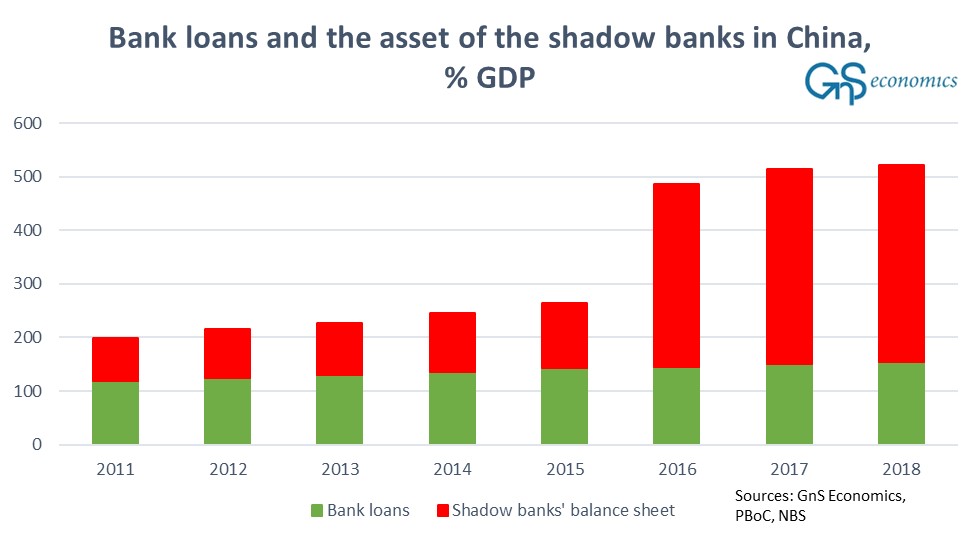 And, fragile. Due to the massive debt-stimulus after the GFC, Chinese productivity started to decline in 2012.

Personally, I consider 2012 as the year, when the 'Chinese Miracle' ended.

Since then, China's economy has lived on borrowed time. 4/ 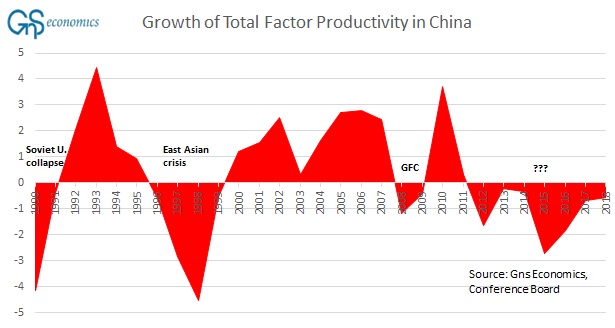 The effects of the 'demand destruction' will keep accumulating in the global economy fed by the lock-downs across the globe.

The fall in global demand will hit China hard in the coming months. 5/ 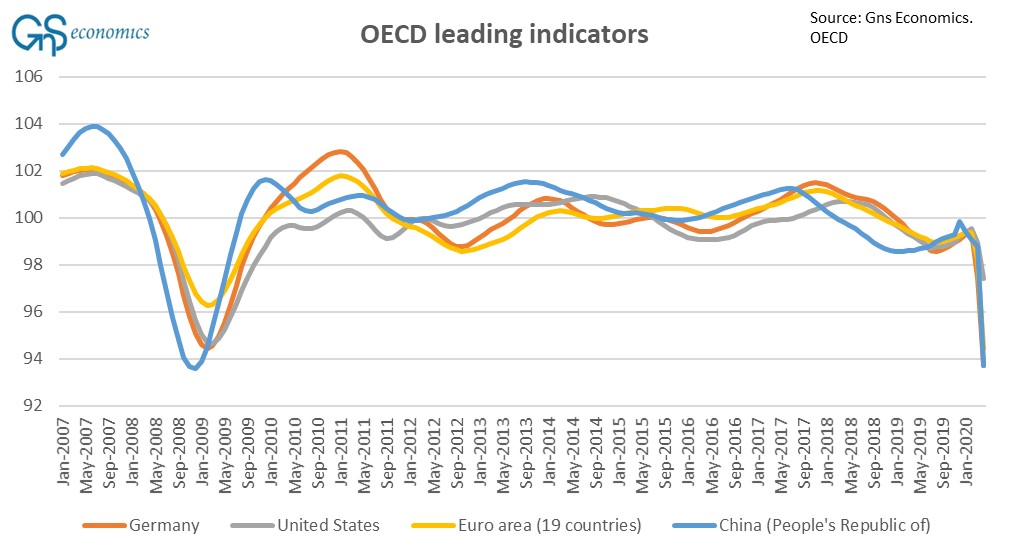 There are also already unofficial reports of "swathes" of unemployed people in China.

Already in April, the figure of unemployed could have been as high as 205 million!

This will not bode well with the domestic retail and housing sectors. 6/
https://www.scmp.com/economy/china-economy/article/3078251/coronavirus-chinas-unemployment-crisis-mounts-nobody-knows …

The recovery plan of China has concentrated on providing infrastructure investments and supporting manufacturing, which is visible in the data. 👇

However, retail sector is still in 'dire straits' with further decline of 9% in April. 7/
@BOFITresearch

China's #economy is:
1) Extremely levered.
2) Fragile.
3) Dependent on global demand and domestic spending, which both are sputtering.

I am sorry to disappoint, but #China will not recover from this. 'Hard landing' awaits.

And, this will not be enough.
https://www.scmp.com/economy/china-economy/article/3086569/china-pledges-largest-ever-economic-rescue-package-save-jobs …