Here at Marcy and Fulton, the crowd has filled the street entirely — no idea on numbers but it looks very large. As was the case yesterday during the late afternoon match through Brooklyn, seeing lots of community solidarity. 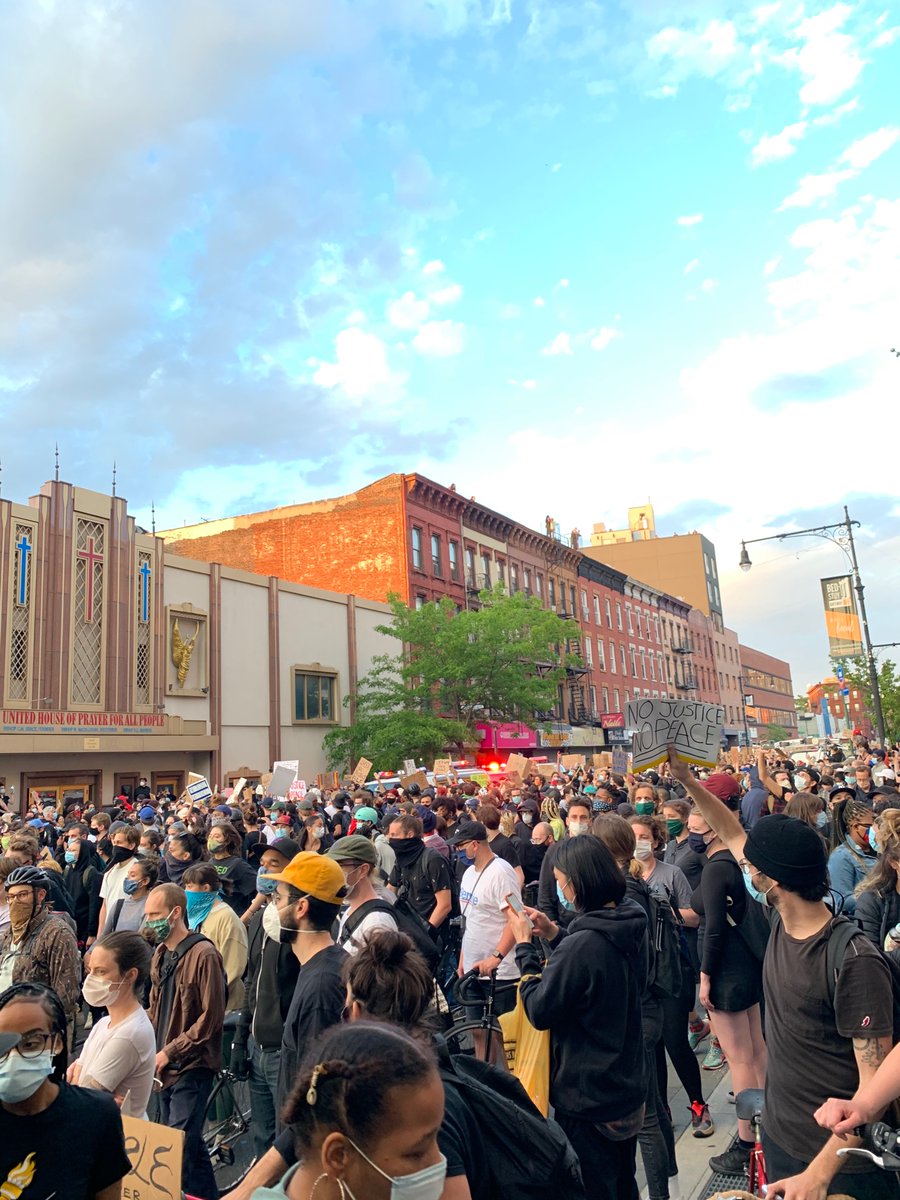 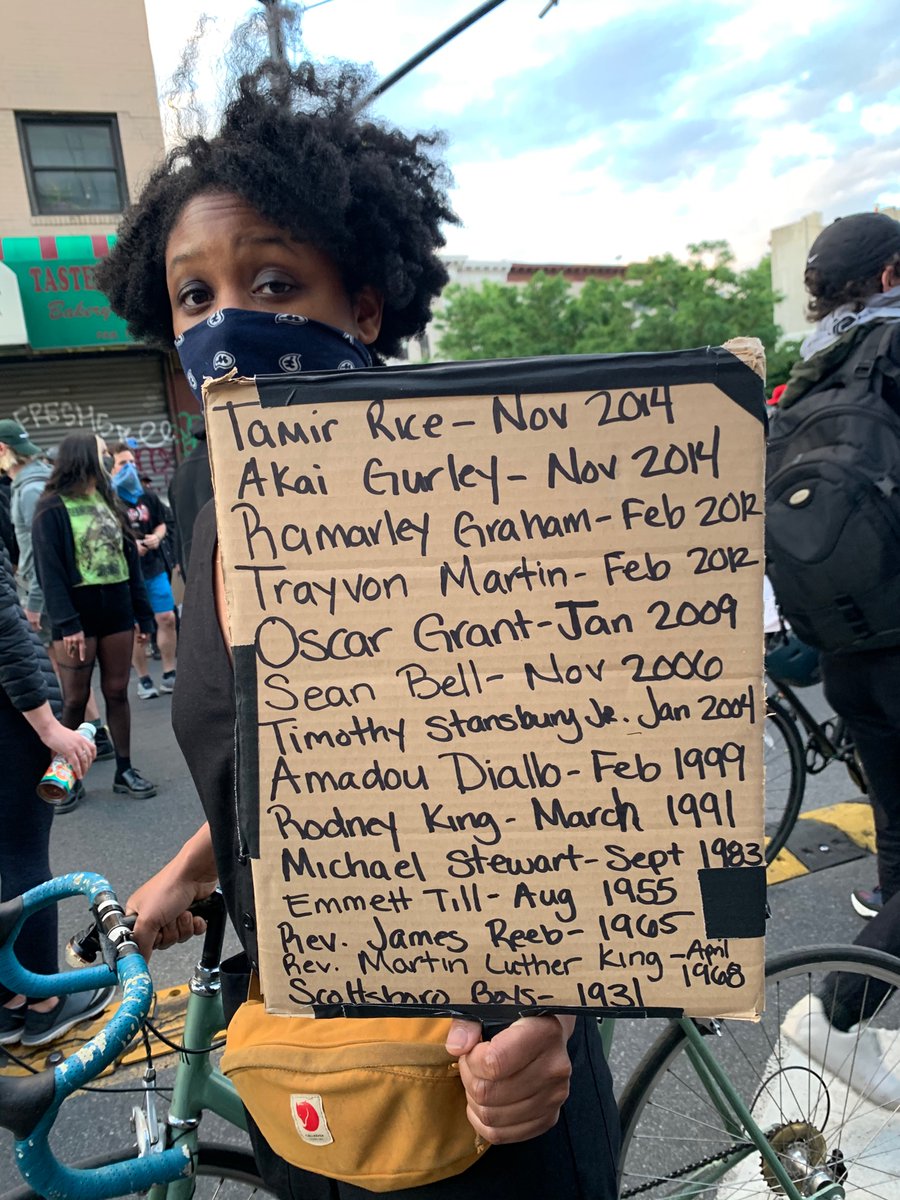 One thing that’s been different in these protests from others I’ve covered over the years: seeing *a lot* more calls to defund the police. 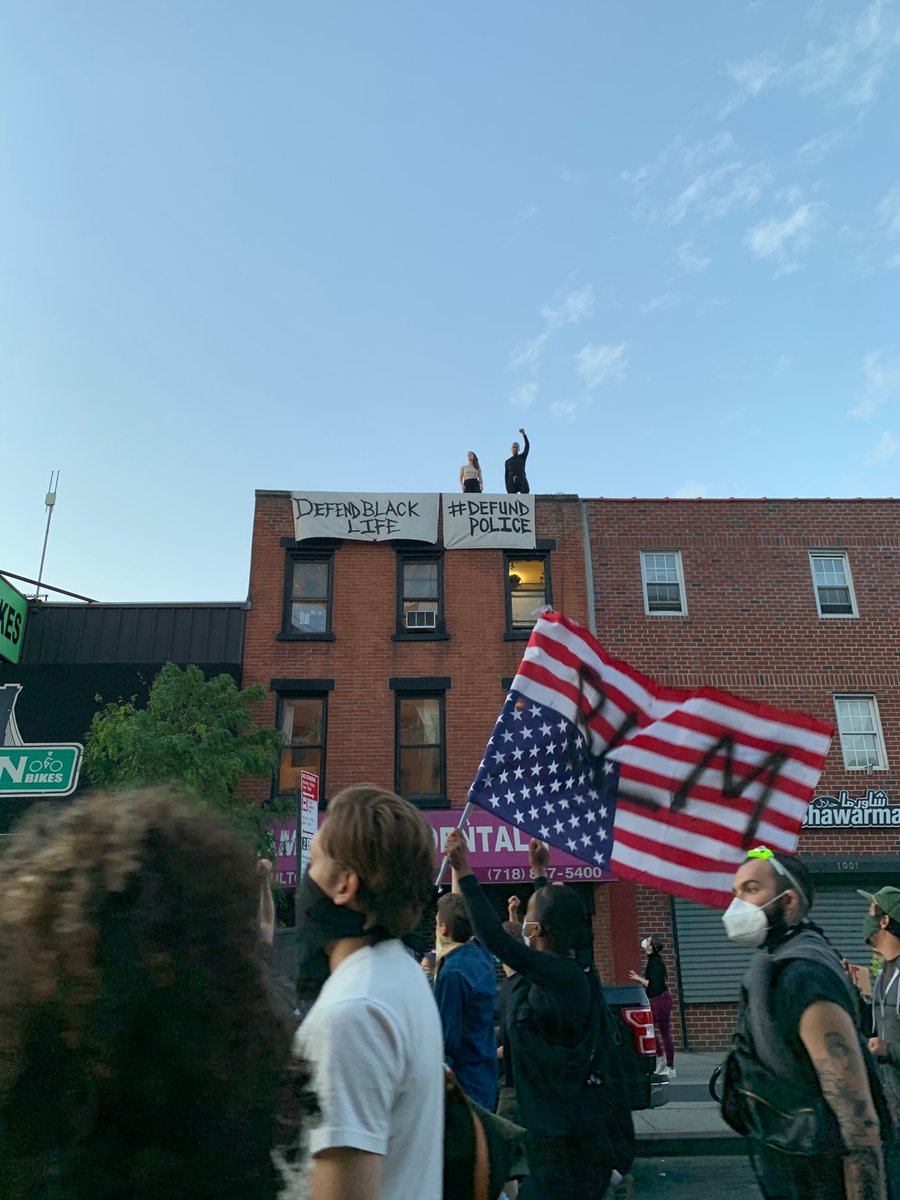 With mass phone alerts coming in and less than two hours to go until curfew, there are still thousands of people in the street in Brooklyn. Energy is high. 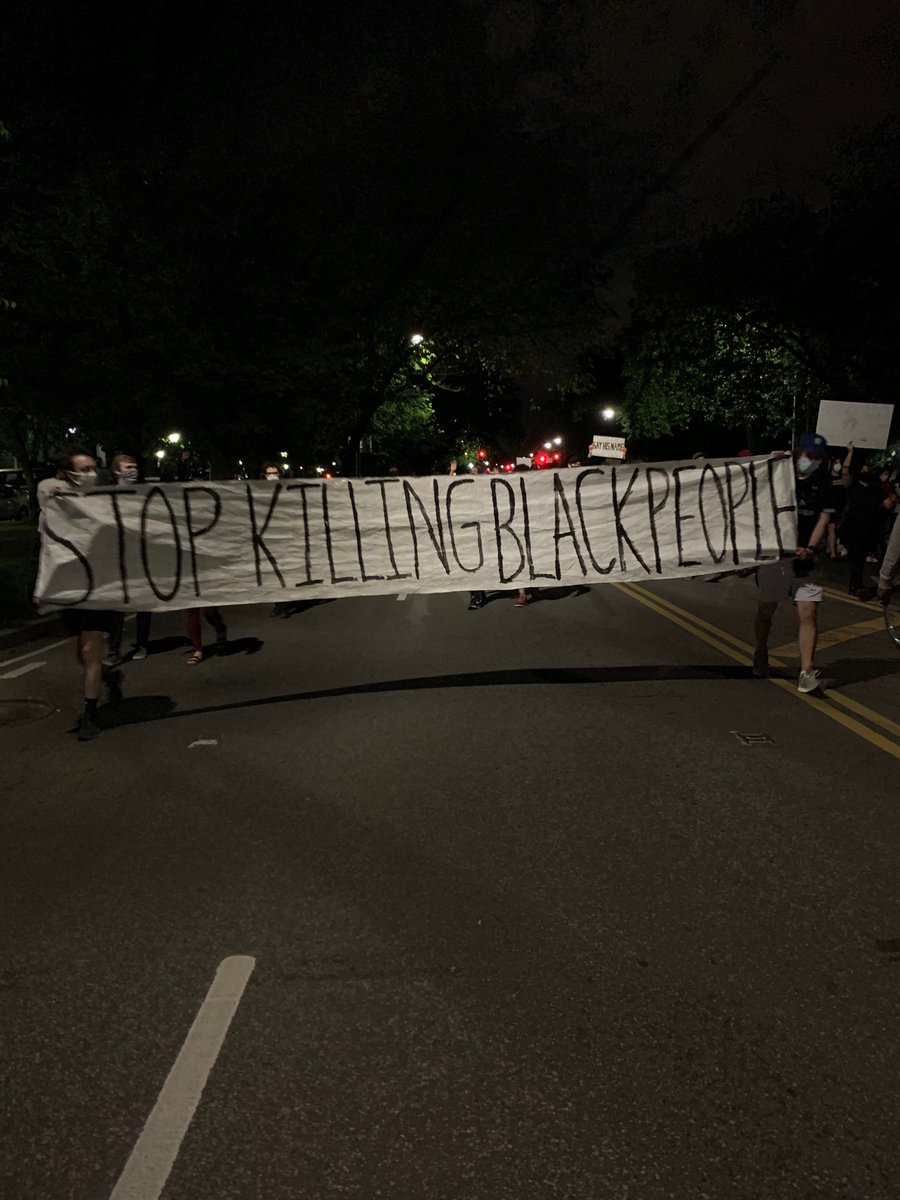