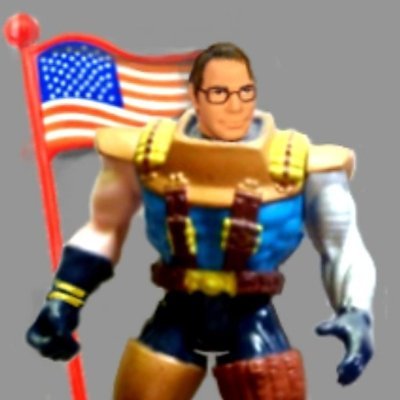 
Who can tell how my thread from last night is directly related to this press conference today?

Remember what Barr announced on Sunday:

The **federal response** to the Antifa violence & rioting & looting is being facilitated **through** the 56 FBI Joint Terrorism Task Forces embedded within all 56 of the FBI field offices across America.

Federal agencies are **not** limited to just the FBI.

There are multiple federal agencies involved in this.

Trump PUT ON A SHOW for 3 days by shuffling 2-3 **military** units around where the press could see them, the 86th Airborne and the 1st Cav.

While reporters & Democrats FREAKED OUT about that, distracting themselves quite nicely, Trump & Barr continued to coordinate the response of MULTIPLE FEDERAL AGENCIES being coordinated to get to the riot scenes thru the FBI's JTTF's.

Everything is now in place, so now they can ANNOUNCE it.

The tactical units from the FBI, the ATF, the BOP, the DEA, the US Marshals, and other federal agencies, have now been successfully dispersed & positioned.

Trump was never going to us the US military to go in and stop the rioting.

He put on a dog and pony show to keep all the usual suspects out of the way while stuff got done.

"Trump's sending in the troops to stop the rioting!"

"NO wait, the troops have been ordered back to base!"

"NO WAIT THE TROOPS HAVE BEEN ORDERED TO STAY, they're not going back to their base!"

Nobody could figure out what was going on.

You know what I say to that?

A huge **fight** supposedly breaks out with Sec Def Esper publicly challenging his boss's forthcoming decision to have the 86th affix bayonets and charge in after the rioters.

While the media squeeeed with glee and posted pictures of military units getting off of buses, getting back on them, etc. etc. Barr was facilitating tactical units from over a dozen federal agencies being transported & positioned all around the country.

How many federal agencies have armed tactical units?

Read and prepare to be AMAZED.

The Bureau of Land Management has armed tactical teams.

So does the Dept. of Agriculture.

So does the Dept. of Education.

The Railroad Retirement Board [yes, you read that right]

This alarming trend was noticed long ago.

Well what Trump & Barr have done is they've taken all these federal agency tactical SWAT units and they are calling them up and USING them.

What the globalists intended to be used to subjugate Americans, guess what Trump is about to do with them?

Barr openly acknowledging the tactical units of not only the FBI, but also the ATF, the DEA, the Bureau of Prisons, and about a dozen other federal agencies will be directly utilized in going after & stopping the violent rioting and targeting the instigators.

Barr now calling up Wray to discuss the FBI tactical units, now all in 'full gear', and their involvement in stopping the rioting and looting in multiple cities in America.

It appears all the other agency heads will get to make a brief statement as well.

The US Marshals Service, the ATF, the DEA and I think 1 or 2 other agency heads are here at this press conference.

Fox News cuts away while Wray is speaking.

I see MSNBC is not even covering this press conference.

Wray still speaking. Making it clear the entire power of the FBI is being brought to bear on finding and bringing to justice every one of the radicals that have been exploiting the protests to launch violent riots & looting.

Donald Washington, the Director of the US Marshals Service, is speaking now.

Basically what each one of these federal agency directors is saying is that they are tasking the investigative and tactical units at their agencies to go out, stop the riots & then track down and arrest the violent radicals who have been causing much of the rioting & looting.

And the mainstream news media is not covering any of this, so GOOD.

It doesn't stop anything. Go ahead and hide the federal response.

They're all just butthurt they're only now figuring out that Trump & Barr & Esper played them the last 4-5 days.

Regina Lombardo, the Acting Director of the Bureau of Alcohol, Tobacco, Firearms & Explosives is now speaking.

She's repeating the same speech in her own words.

We grieve with the Floyd family, we uphold 1st amendment rights to protest, but anarchist groups are exploiting.

Lombardo stressing acts of violent assault, arson, looting, & property destruction are not guaranteed rights in the Constitution, they are crimes and federal law enforcement will act.

And when organized groups with a radical political agenda work together to commit these crimes in concert against entire communities, that is political activity and it is terrorism and the federal government is compelled to take action.

Now it's Michael Carvajal, Director of the Federal Bureau of Prisons, speaking.

FBOP has many trained and equipped riot squads in it.

Makes sense they'd be called on in respective cities to engage in riot control.

When Dem Mayors & Governors order their police forces to stand down & won't call in the guard, the BOP tactical units can be sent in to handle it.

Carvajal speaks for less than 1 minute, now it's Timothy Shea, the newly installed Director of the DEA speaking.

Each director of a federal agency is stressing this is not about peaceful protests but the radical political groups exploiting those protests to fulfill their own violent agenda.

Sure hope @dfriedman33 is watching this press conference.

It's providing the answers to the questions he was asking yesterday.

I want you to understand something here.

Everybody gather around close, give me your undivided attention for what I'm going to say in the next tweet.

The VERY FIRST QUESTION Barr is asked is "Where did you get the authority to do this?"

If the Governor won't send in the Guard, Trump can't force him to. If the Mayor orders the police to stand down, Barr can't order them to stand up.

So get this down clearly:

Barr & Trump ***don't need permission from ANY state or local official*** to send in federal agents.

Write it down so you don't forget it.

The very FIRST question a reporter asks Barr at this press conference is where he got the 'authority' to deploy all these federal assets in the various states to help control the riots & go after the radical groups fomenting them.

"The MAYOR ordered the police to stand down. What gives YOU the right to send in federal tactical units to replace them & stop these riots? Who do YOU think you are?!"

The Mayor of DC pretty much admitted she stood down the police around the White House.

DeBlasio in NYC is standing down the police and spouting excuses why he can't send in the national guard to stop the rioting & looting.

Obviously, the mayors of places like NYC, DC, Chicago, etc, are not going to GIVE Barr & Trump **permission** to send in federal agents.

I'm going to say it again.

Again: WRITE THAT DOWN SO YOU DON'T FORGET IT.

But here's the thing:

I wish we could see the press on camera for this.

It's clear from the questions he's getting the press corp DOES NOT ACCEPT what Barr is telling them.

They're not buying it.

It's not FAIR that Barr is doing this.

The moment Barr announced Antifa was being declared a terrorist group attacking entire American communities with orchestrated violent attacks for their own twisted political purposes, this was baked in the cake.

The coordination to call up thousands of investigative & tactical squads of federal agents had started even before Trump & Barr made their announcement that Antifa was designated as a terrorist group.

It is now Thursday, 4 days later. The units are positioned, in place.

The coordination to call of dozens of investigative & tactical squads consisting of thousands of federal agents had started even before Trump & Barr made their Antifa announcement on Sunday.

It is now Thursday, 4 days later.

All these units are positioned & in place.

This is the solution Trump & Barr came up with. And it's brilliant.

The Democrats thought by having their Governors & Mayors stand their police forces down while refusing to call in the Guard, they could BAIT Trump into sending in the US military.

He spent 4 days shuffling some military units around to distract you while never ordering them to fix bayonets and charge in, as you were DESPERATELY HOPING HE WAS GOING TO DO.

THAT is why they are never going to beat Trump.

Airtight operational security while things get done while idiots are given rabbits to chase.

And then when it's at the stage there's nothing the Democrats can do to sabotage or stop it, they roll it out.

"NO NO STOP WHAT ARE YOU SAYING YOU CAN'T YOU CAN'T DO THAT YOU DON'T HAVE THE **AUTHORITY** TO DO THAT THEY DON'T **WANT** YOUR HELP GET THOSE FEDERAL AGENTS OUTTA THERE NOOOOOOW!!!!!!"