Pulp Librarian+ Your Authors @PulpLibrarian Curator of the art, history and fiction of old dreams. Jun. 06, 2020 1 min read + Your Authors

Today in pulp... The Black Terror! 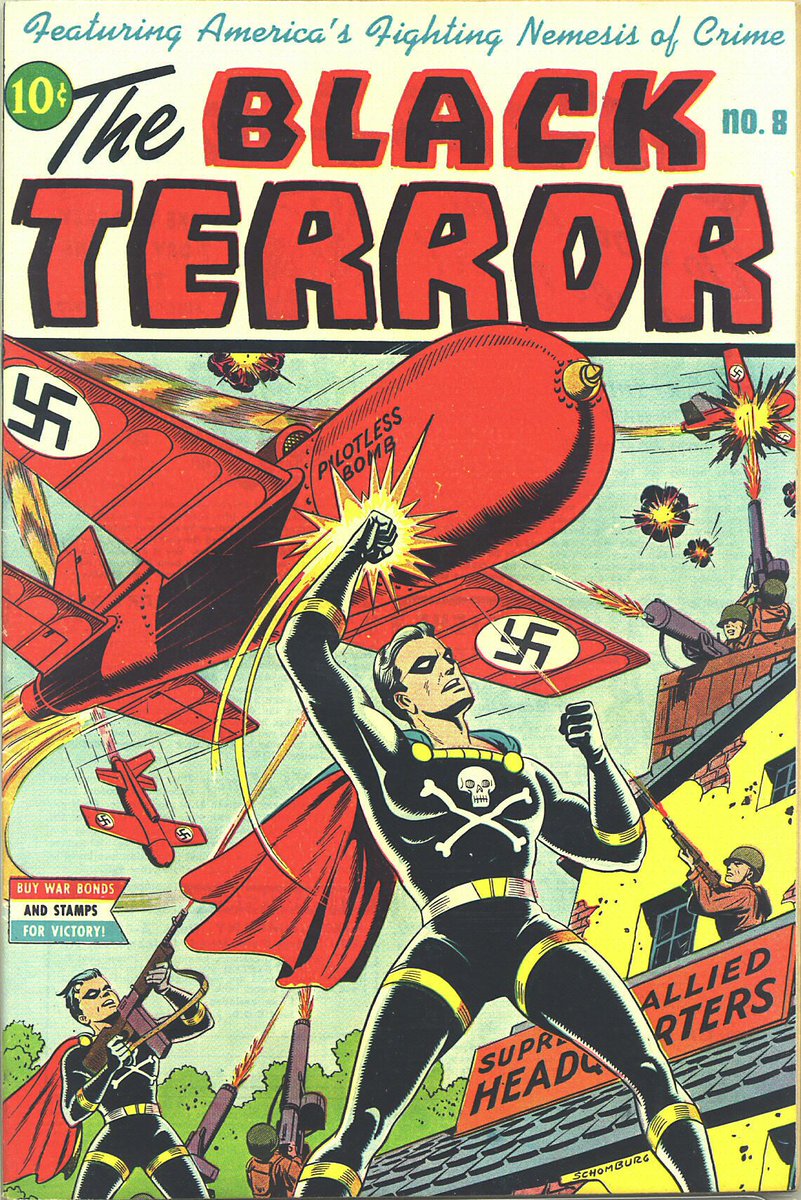 There are many Golden Age comic book heroes that we don't hear much about nowadays. One of the most successful ones for Nedor Publishing was The Black Terror: Nemesis of Crime 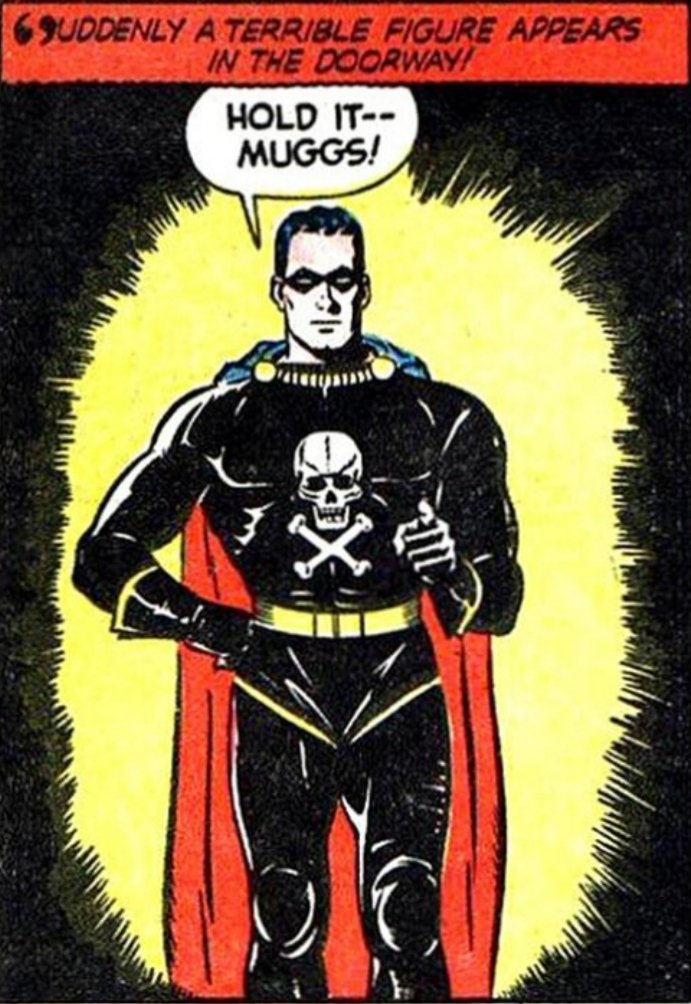 First appearing in Exciting Comics issue 9, published in 1941, he quickly overtook Captain Future, Major Mars and Dr Strange (no not THAT one) to become Nestor's top rated superhero. 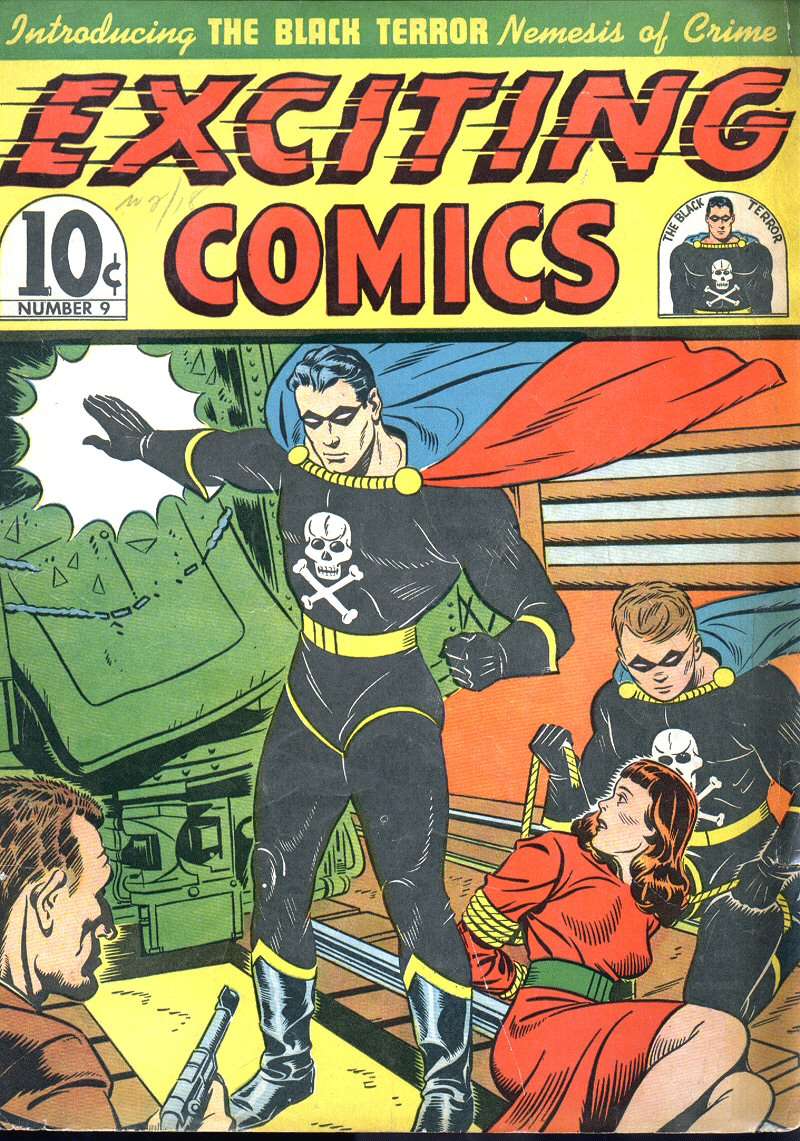 The Black Terror was the alter ego of mild mannered pharmacist Bob Benton, whose discovery of the miracle substance 'formic ethers' allowed him to become a fearless masked crimefighter. 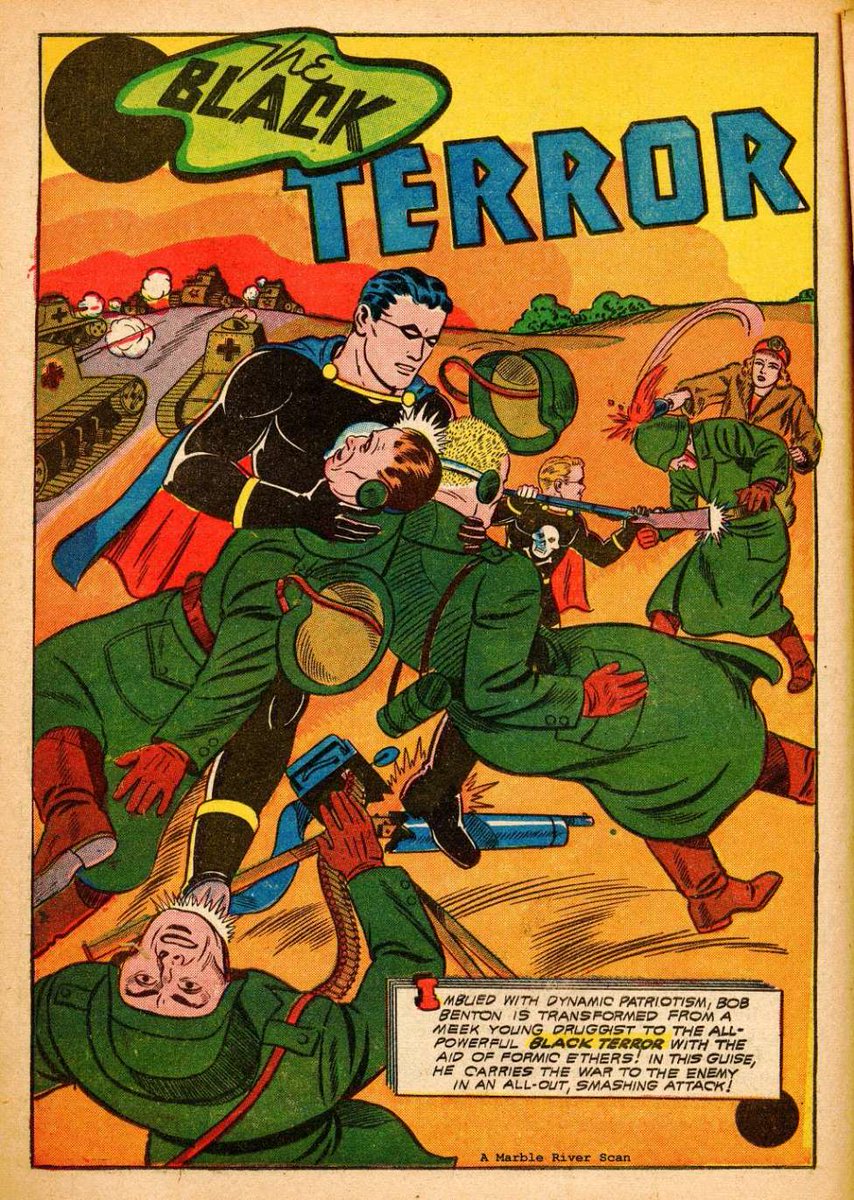 Helped by his young friend Tim Roland they become The Terror Twins: ready to don cloaks, masks and the skull and crossbones to tackle every foe from mad scientists to mad gangsters. 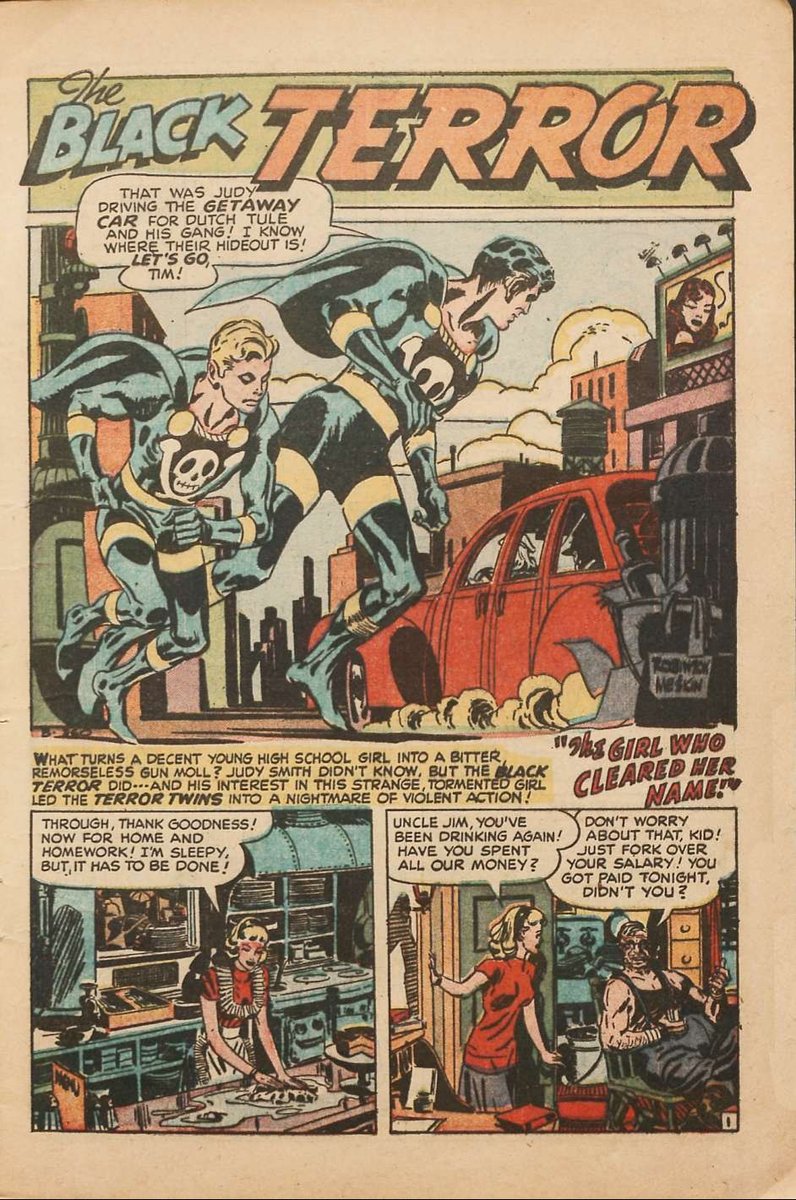 Bob's secretary Jean Starr provides the love interest, although she thinks Bob is a simmering weakling and secretly longs for the macho manliness of The Black Terror. Little does she realise they are one and the same man! 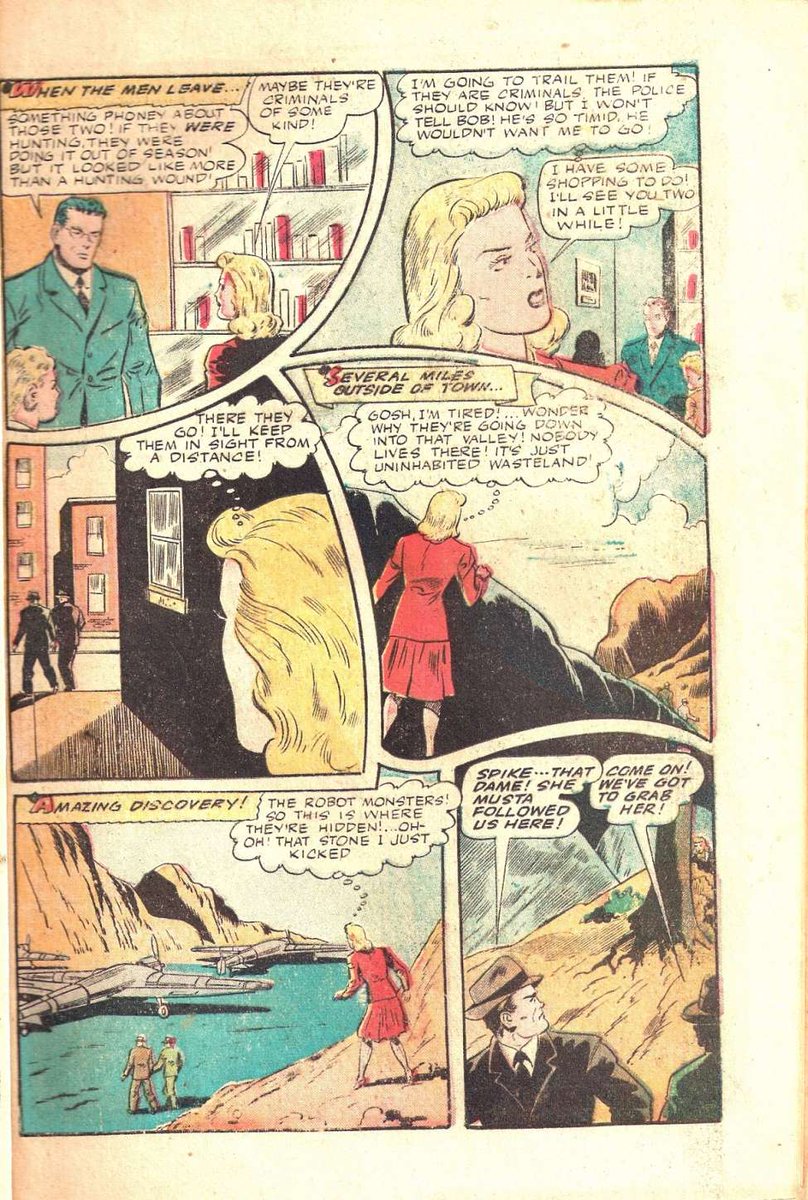 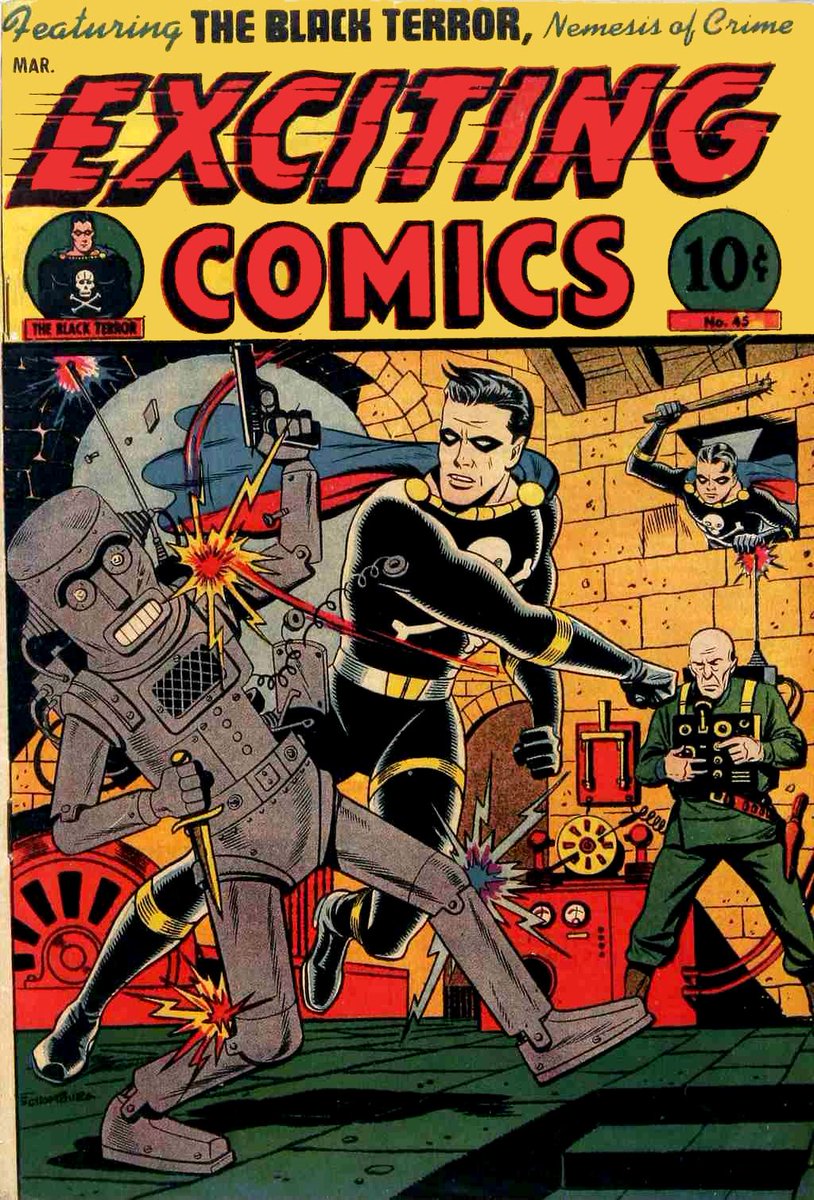 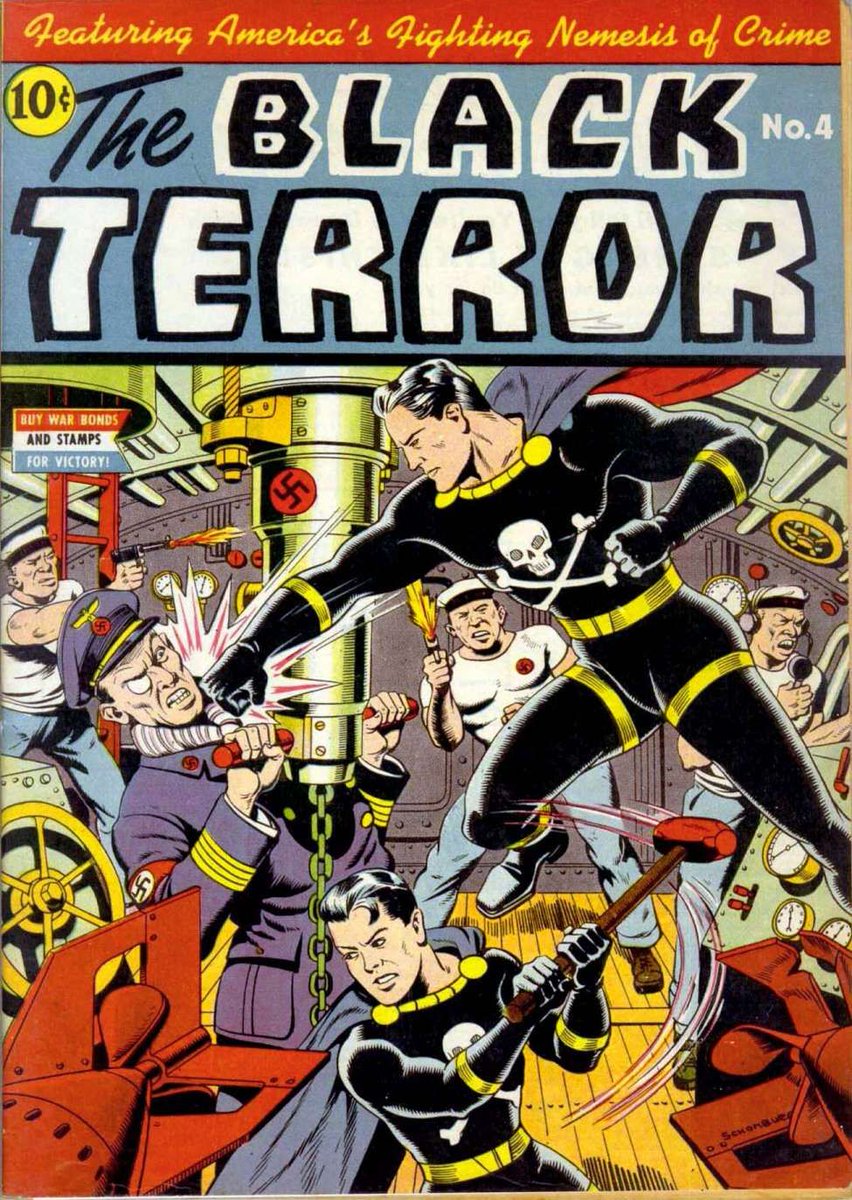 Many artists worked on The Black Terror, including Elmer Wexler and Alex Schomburg. Patricia Highsmith also wrote some of the early stories. 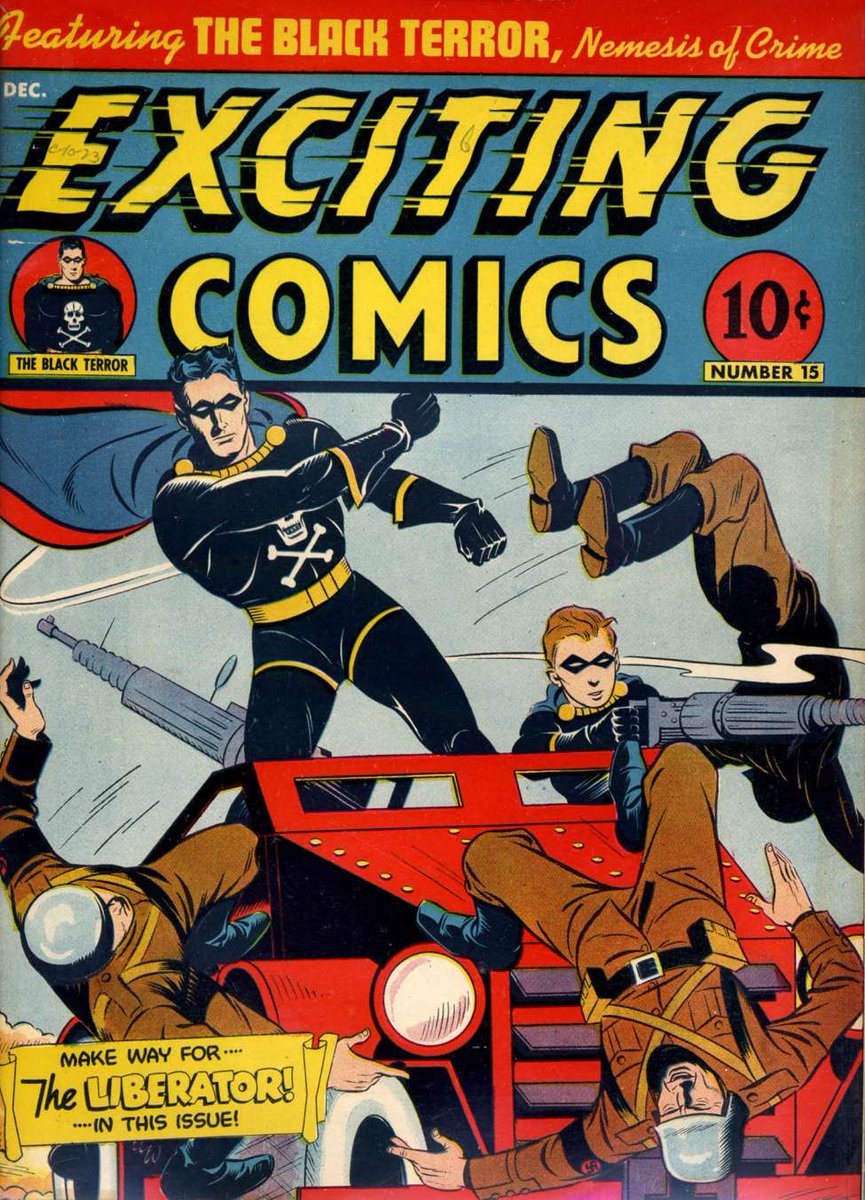 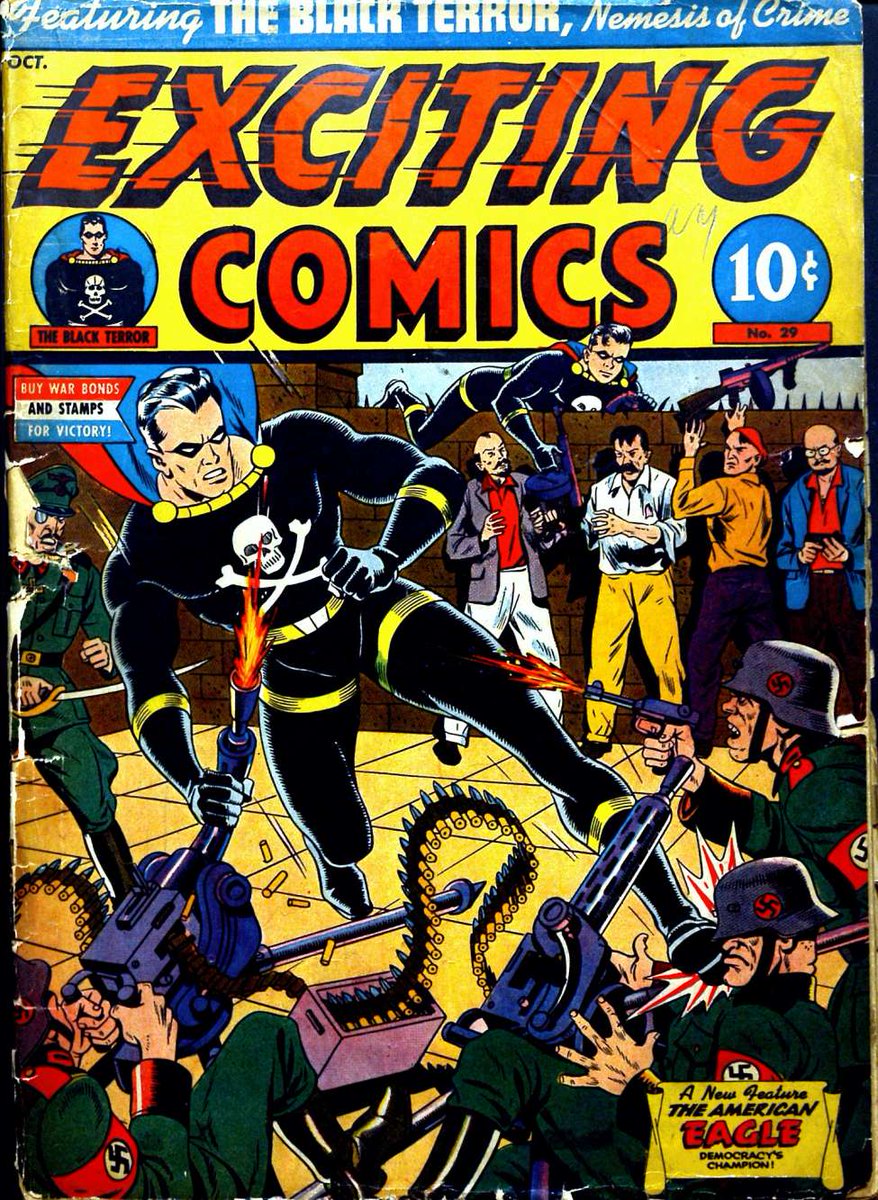 By 1943 The Black Terror had his own title, as well as appearing in Exciting Comics and America's Best Comics. He seemed to be on a roll... 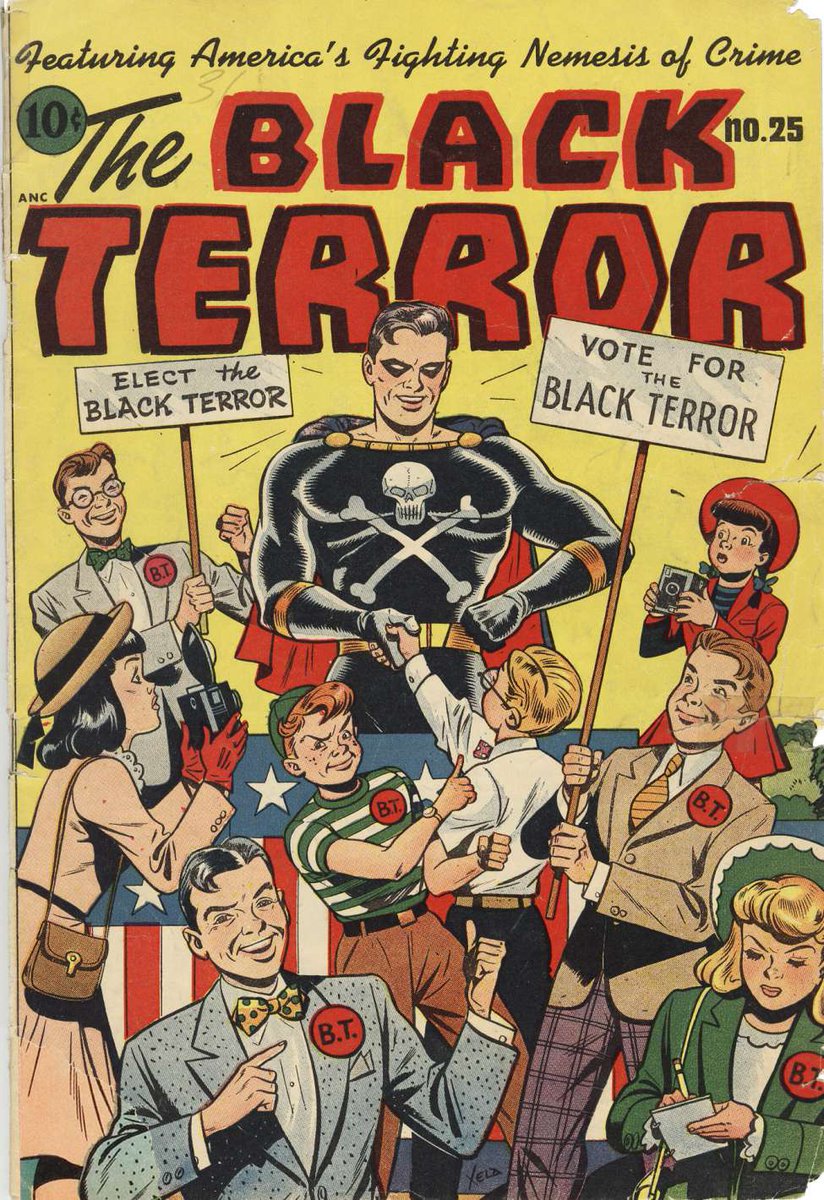 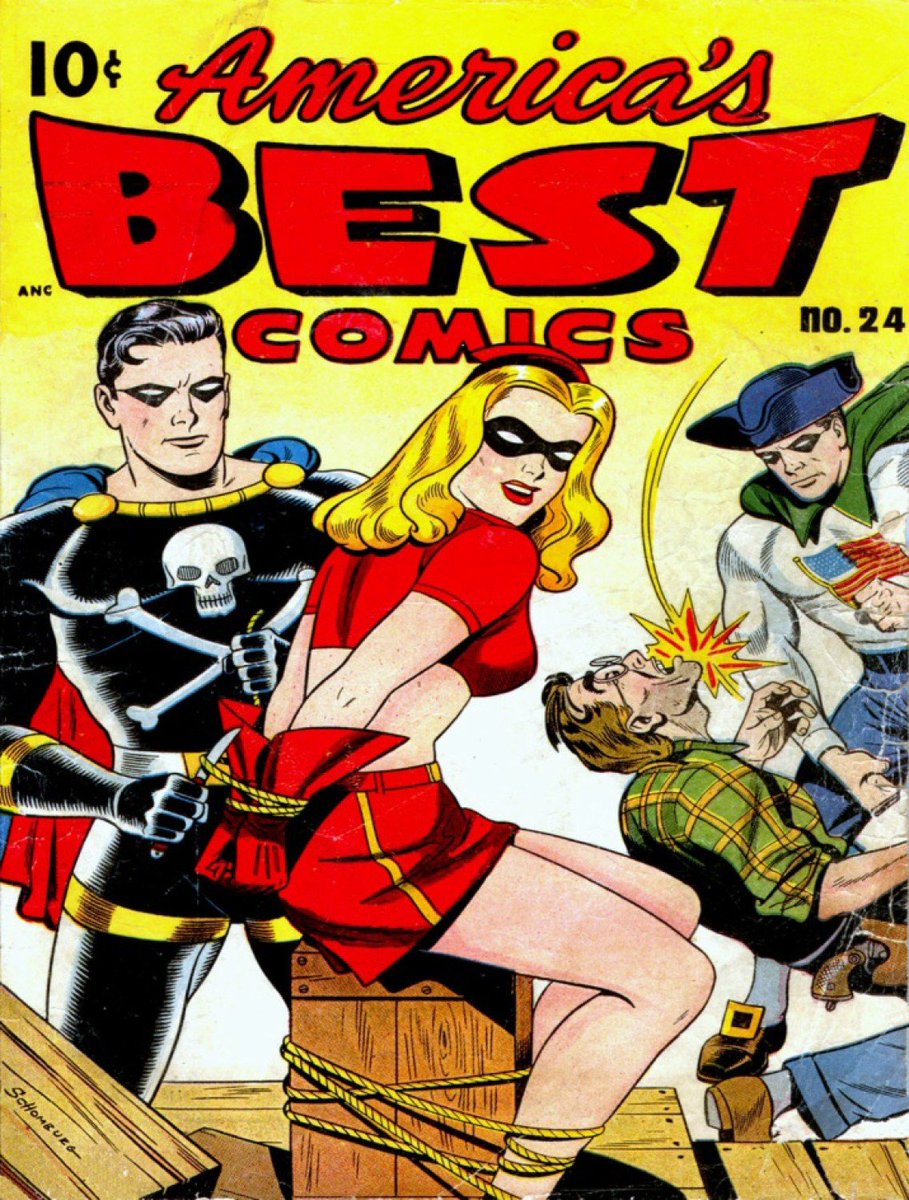 However the postwar years were less kind to Bob Benton, and by 1949 Nedor Publishing (now rebranded as Standard Comics) put The Black Terror quietly on ice. 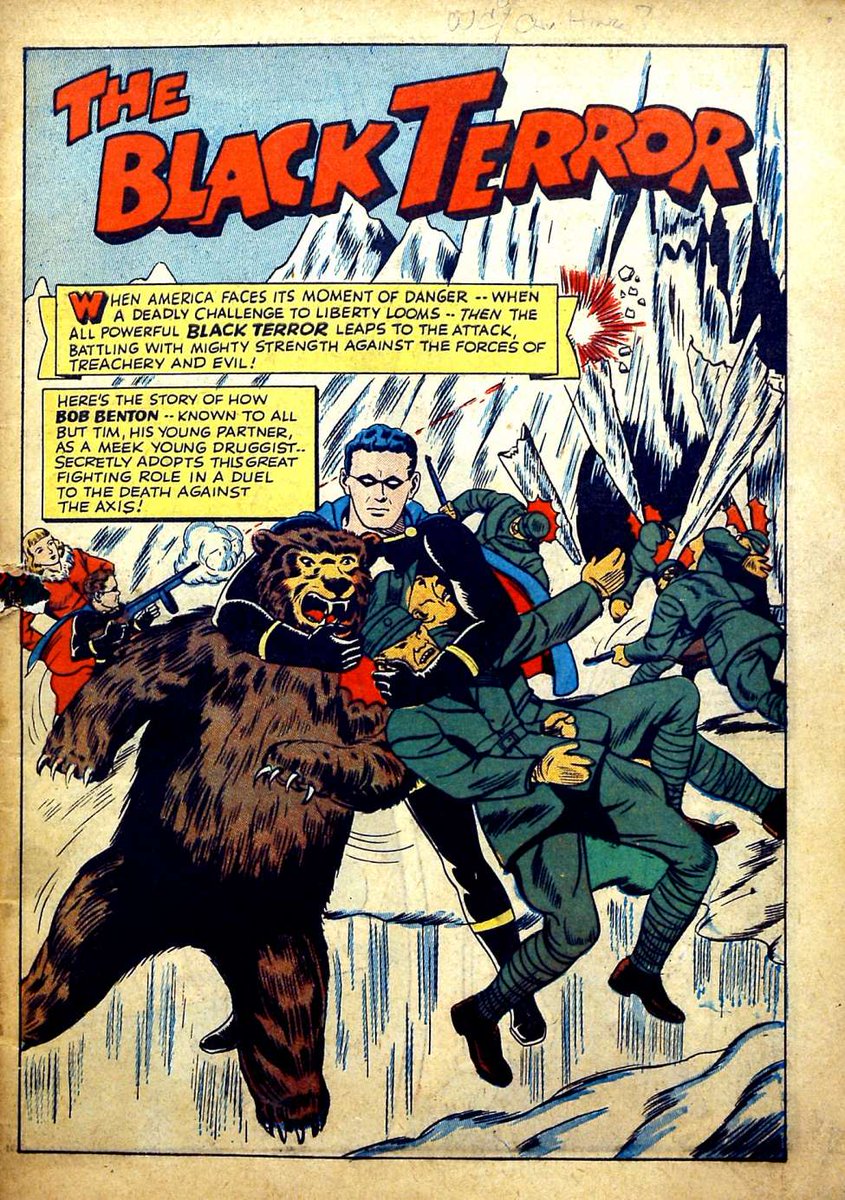 Nedor had a range of Golden Age superheroes who have faded from the scene: The Fighting Yank, Miss Masque, Pyromam, The Grim Reaper... 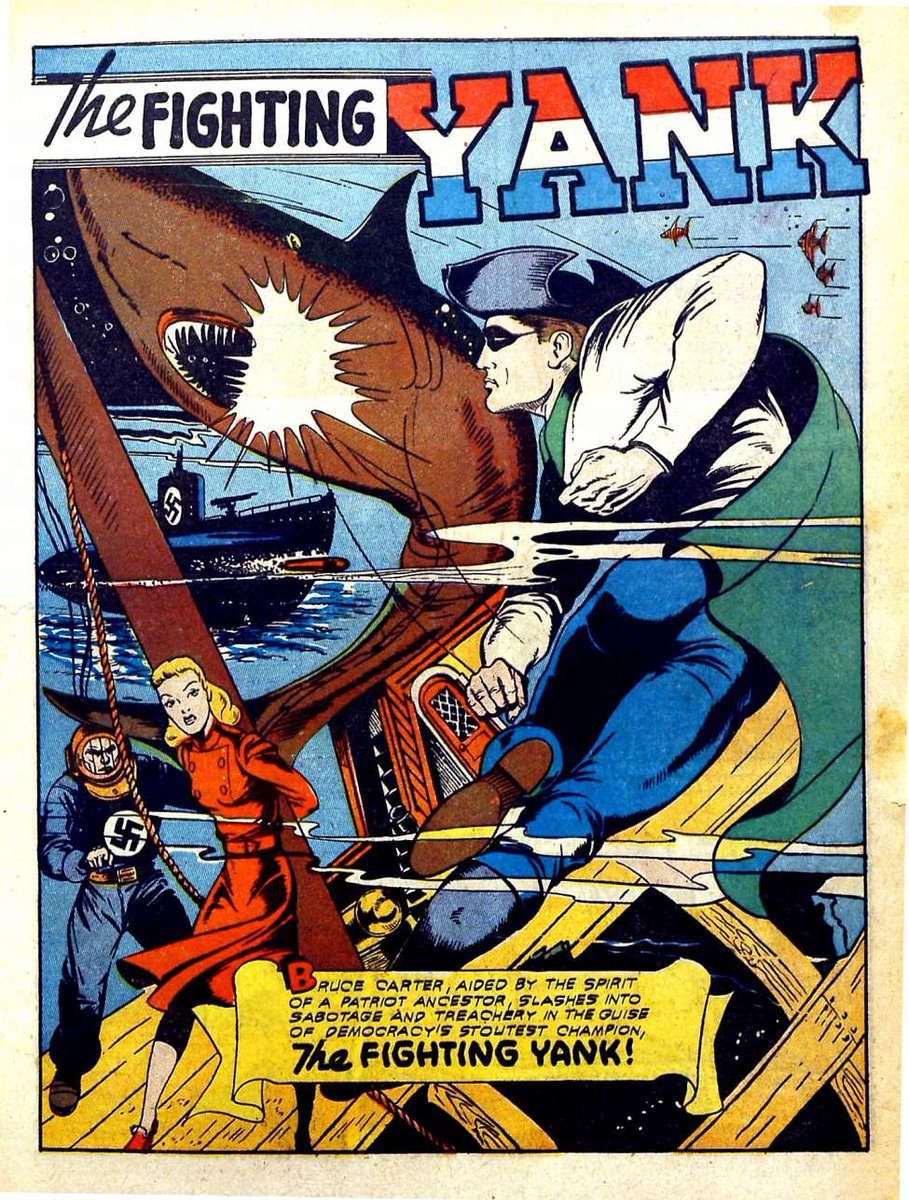 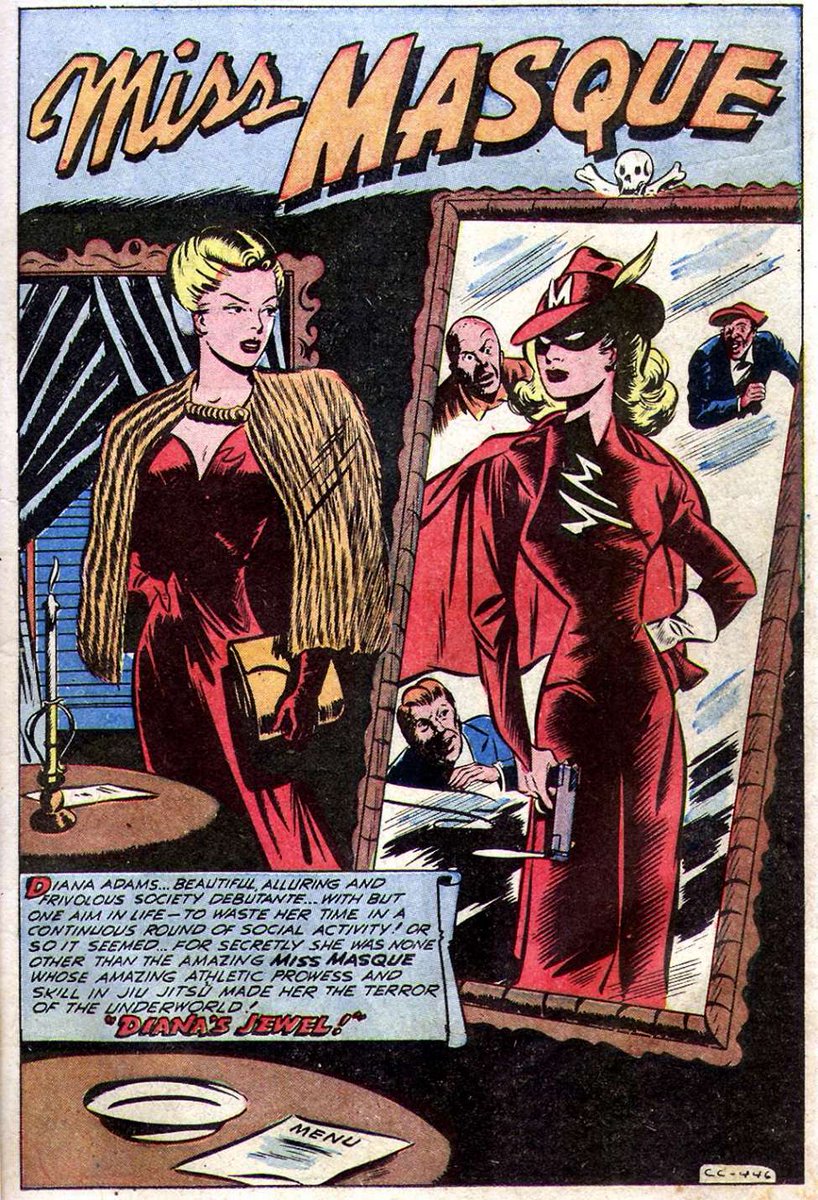 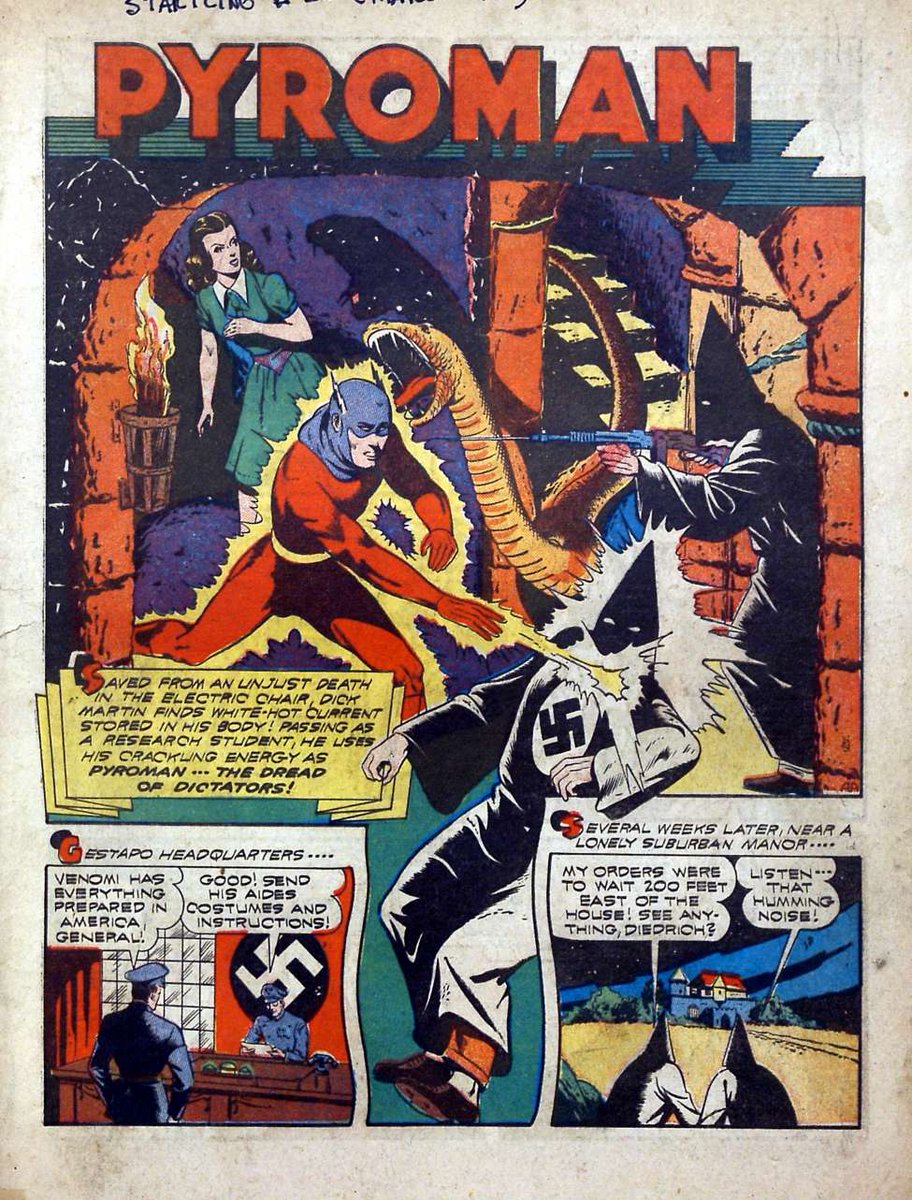 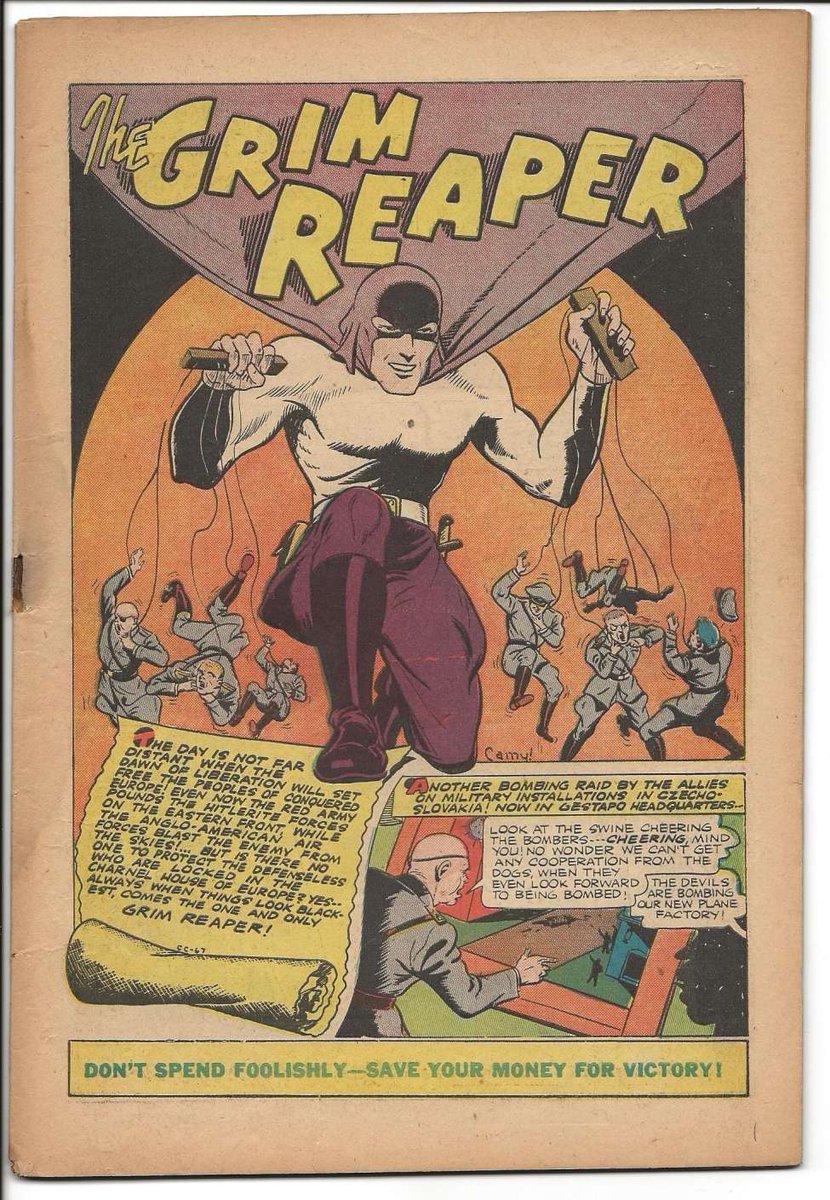 So it was good news when Alan Moore brought The Terror Twins back in 2001, although this time based on the parallel Earth known as Terra Obscura. 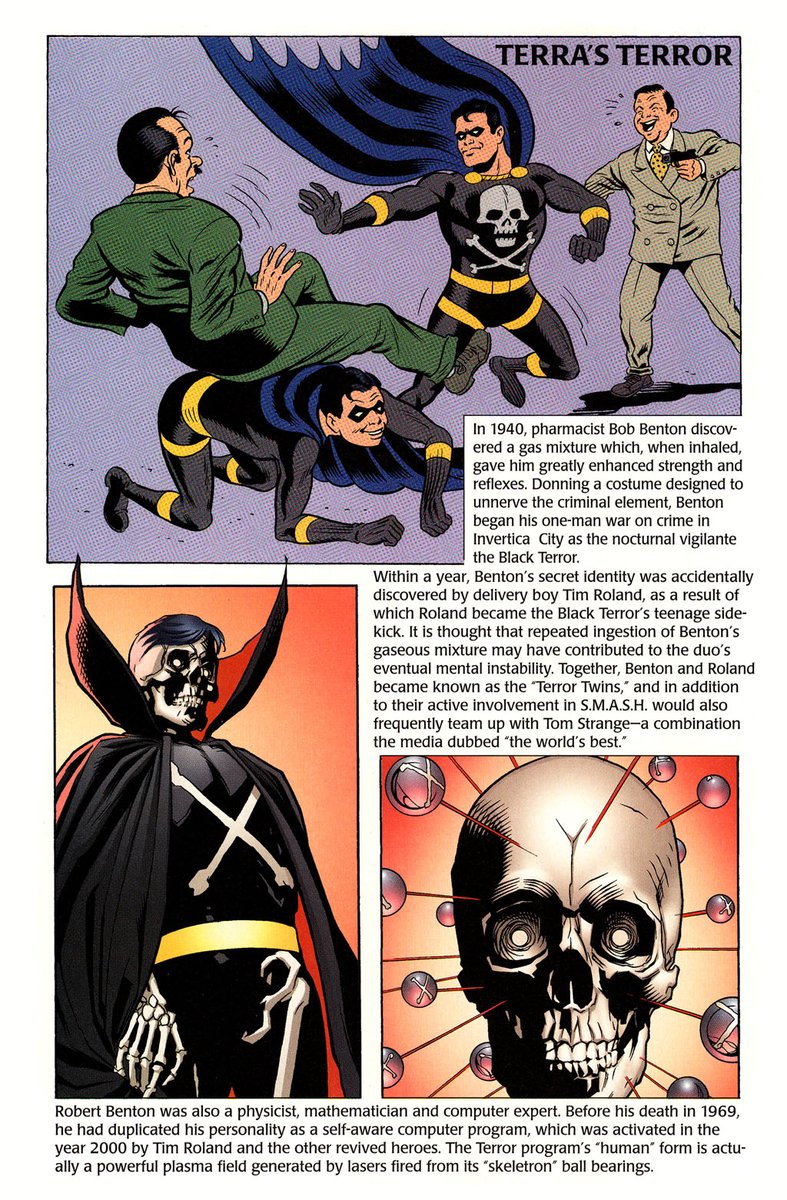 So here's to Bob Benton, The Black Terror! He doesn't always punch Hitler in the face, but he often does! 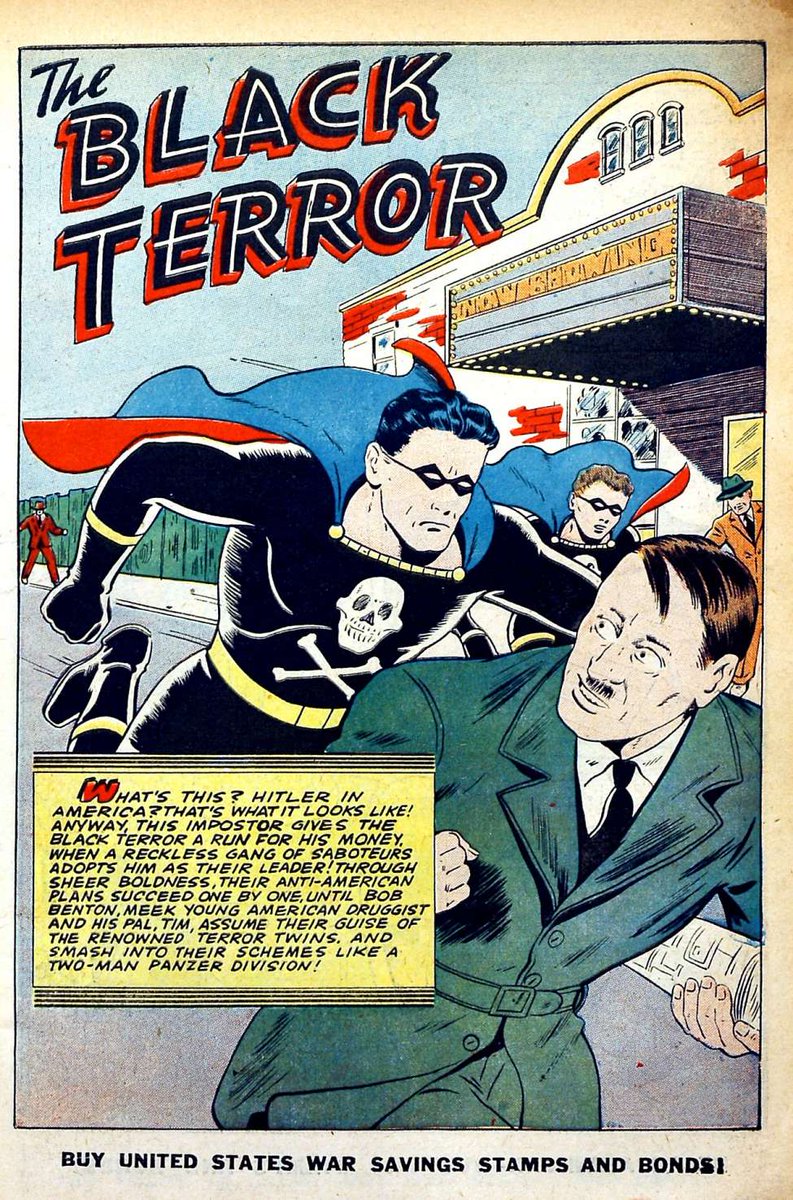 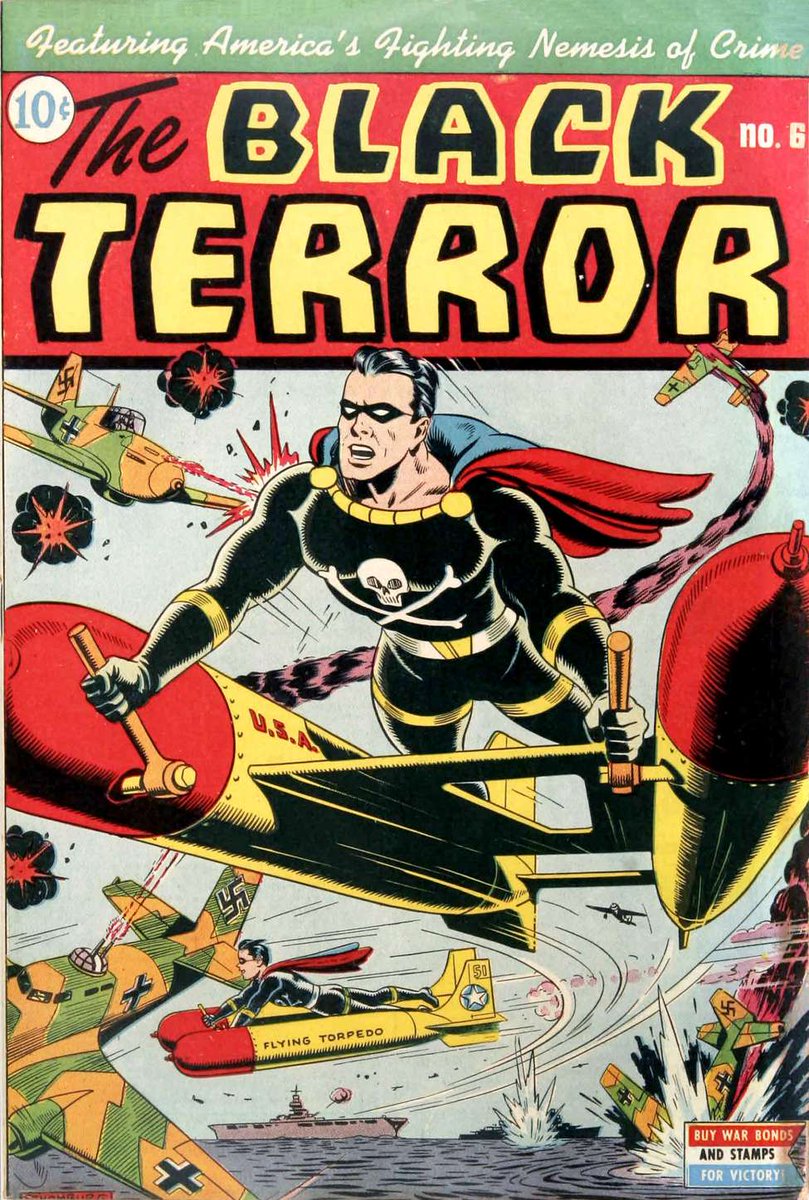