Been on the phone with a variety of people in Arizona. The theme of this thread is not Arizona. It’s what happens in the newest hot spots. 1/

The positive rate for COVID testing is increasing. That’s not a great combination. 2/

The largest hospital system in the state has been ringing the alarm. That they are running short of ICU capacity. Loudly. 3/

It’s not time to panic. It is time to act.

Let me cover what else I learned. 4/

In March, AZ put through a “safer at home” order. It worked. The curve that began flattened.

But as the order ended & things got back to normal, so did the curve. 5/ 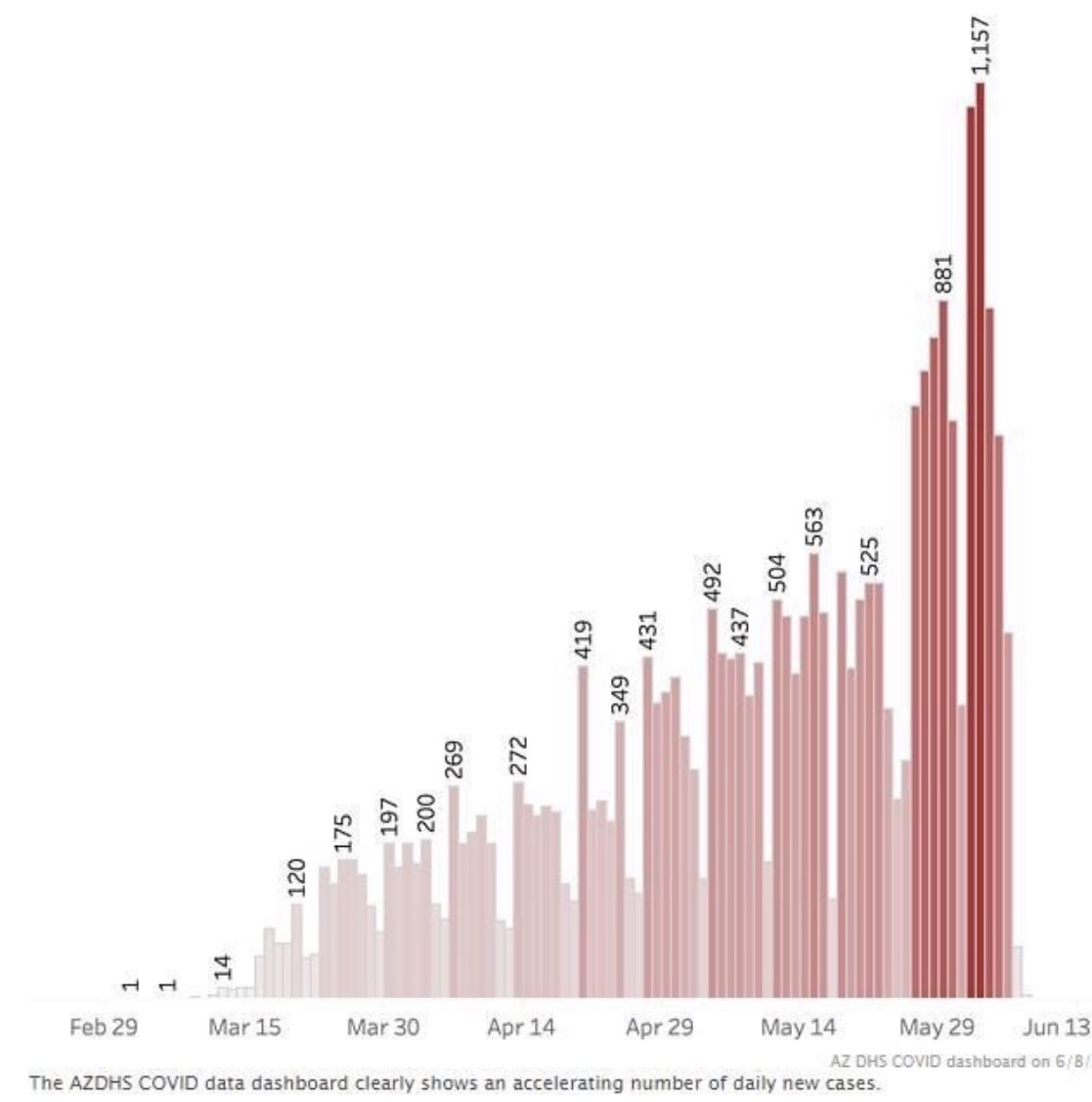 In Northern Arizona, hospitals in Maricopa are reported full. There is a debate about whether the numbers reported include surge capacity or not. 6/

The big thing I heard over and over: lack of contact tracing. 7/

Apparently, AZ has sufficient tests but no community resources to contain the spread and trace contacts. It’s made it very difficult to even know what’s going on. 8/

It had been reported that Governor Ducey has acknowledged the virus only in passing but downplayed it & refuses to call it a crisis.9/

People I spoke with have said that once Trump declared the country open for business, he has refused to even respond to the pleas of the hospitals.

His health commissioner called things an emergency but he won’t. 10/

I got my hands on a letter he received. The letter is very clear. Excerpted one section. 11/

The governor has enough warning to act. Opening the economy carefully comes with responsibilities. This means watching hospital capacity and adjusting if needed. 12/

And opening without the contact tracing tools was an irresponsible risk. 13/

PPE is apparently in sufficient supply in Southern AZ but of some concern in the Phoenix area. I don’t have good estimates for how much of a concern. 14/

If the governor acted today it would take 3 weeks to reduce case count. This doesn’t mean shutting the whole economy again.

It does mean hundreds or even several thousand hospital beds would be needed. 15/

More in a bit. Headed on TV

It is no one’s fault. It’s how the virus works.

But how we respond is up to us. With value to the lives at stake, using proven public health tools, and with the leadership to dial back when problems occur has to be our mode for the next months/years.

Otherwise our elected leaders are not right for the times. /end