ok i don't think i've ever actually properly pointed people at this fabulous talk, so here is a sample of some favorite ben moments.

"We read through our build log and we couldn't really tell what we were supposed to care about, so we put it in honeycomb. "

"we stuffed our build run in a trace, which took 6 min total, so we decided 'nope! not the most important problem we have', and when you can do that and move on, that's GREAT.

a year later we came back, and that's the trace on the right; it's gotten longer..." 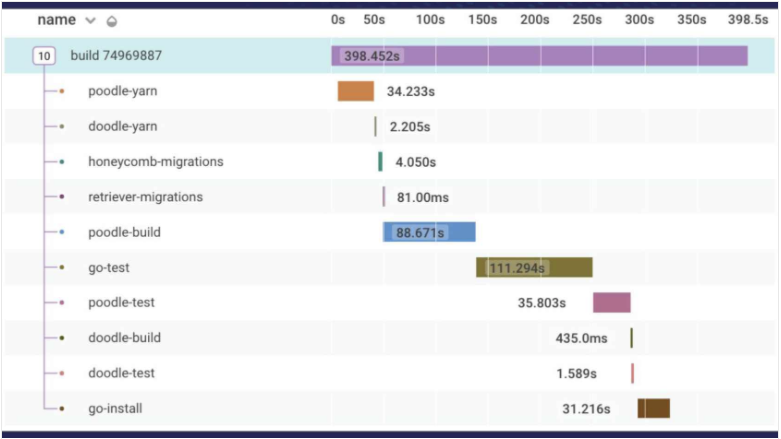 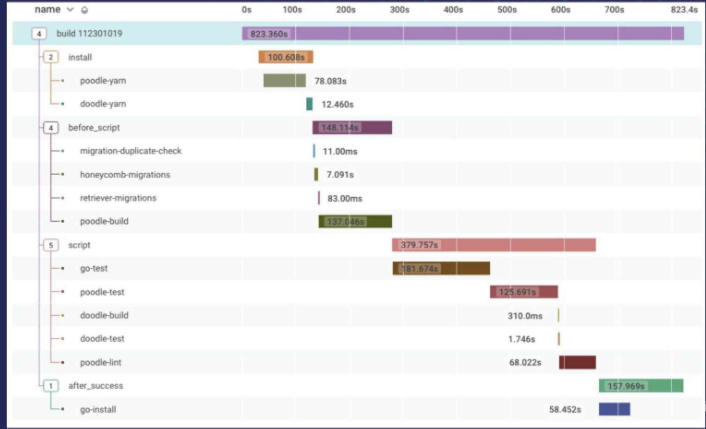 "so what's it really DOING? well, we looked at the 95th percentiles, and since it's getting longer we'd expect them all to be steadily increasing. which SOME of them do, like go tests... yarn, not so much. HUH." 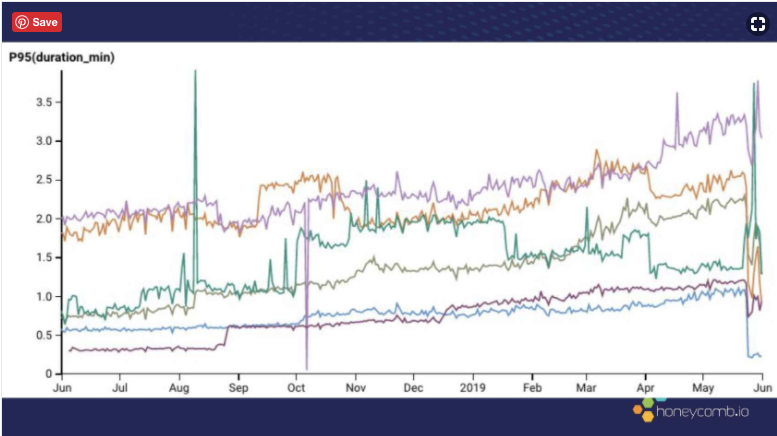 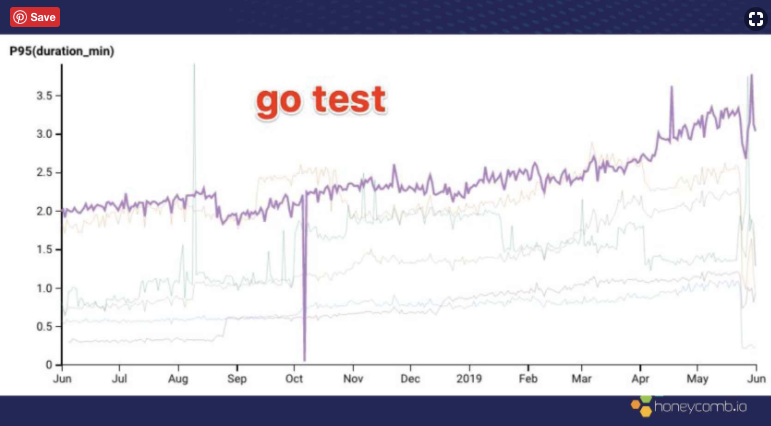 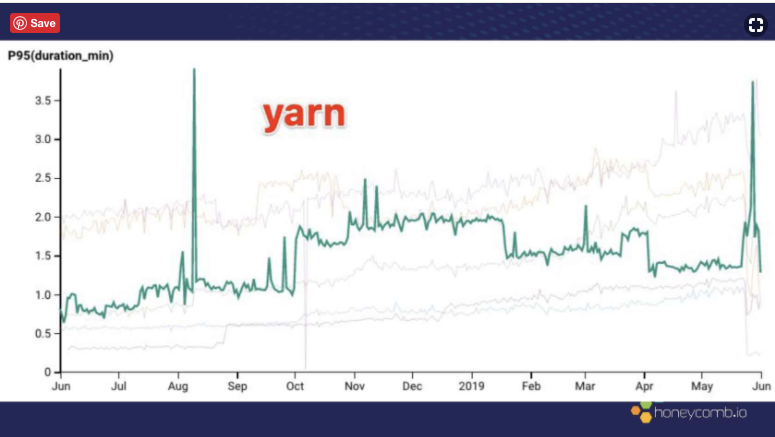 "it might be interesting to dig in and figure out why, but i'm just going to wave my hands and say 'javascript stuff'.

the interesting part is this: the build wasn't actually doing what we thought. we added instrumentation, and it changed our mental model of what was happening."

"and refining our mental model allows us to make *better decisions* about what to work on.

as part of this, we decided to switch build systems. guess where?? after digging in, turns out the left ran on VMs, the right ran on containers. more variability, faster startup." 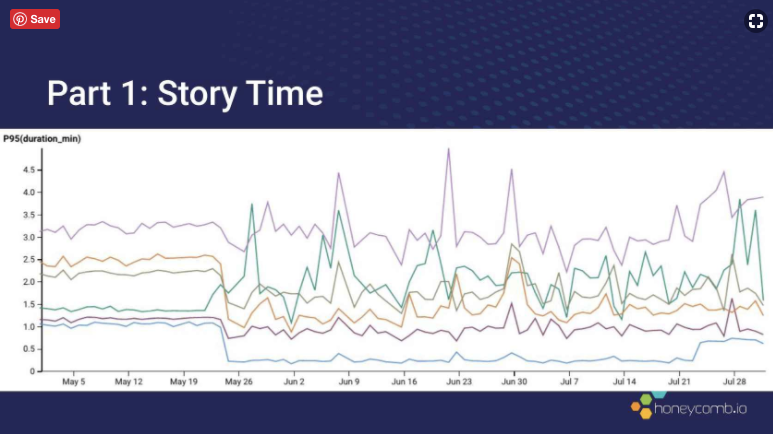 "fast forward another 5 months, this is the 95th percentile of the yarn runtime ... our goal was to improve speed, so it wasn't clear that the changes actually succeeded ... individual builds aren't actually really any faster..." 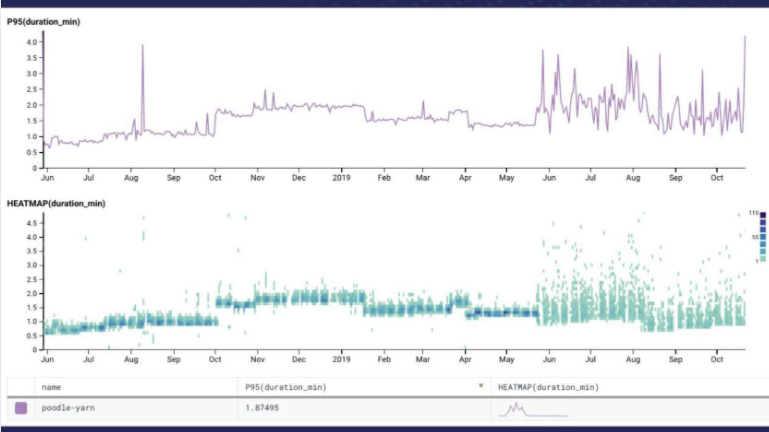 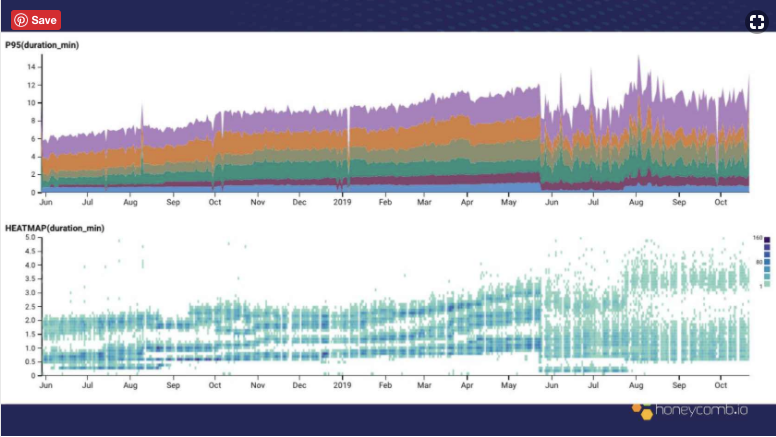 "but when you look at the TOTAL build time, runtime overall dropped by 40% -- because we were able to run builds concurrently. and when you look at the go tests, you can see the longest test runs, which means we can see work on optimizing tests will or will not be wasted labor." 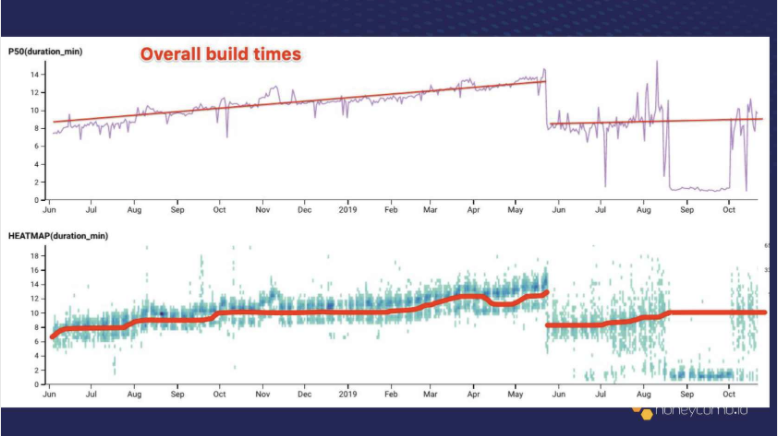 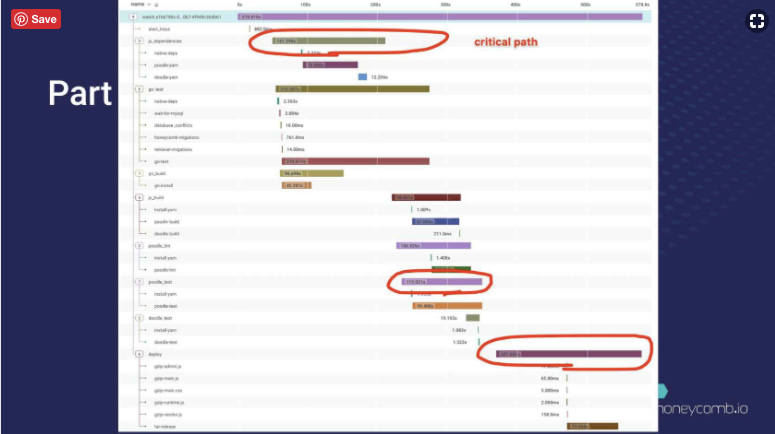 alright that was a sample of the narrative of the first 10 min of a 50 min talk by @maplebed on instrumenting your build pipeline with examples using honeycomb. it's an awesome talk -- go watch for inspiration. 📈  https://www.infoq.com/presentations/honeycomb-build-ssc/ …