It was March 11 when we put out our first Covid-19 trajectory chart, which highlighted:
• UK already on same course as Italy w/ confirmed cases doubling every ~3 days
• UK trailing Italy by more like 2 weeks, not 4 as stated by Vallance the next day
• The data was right here 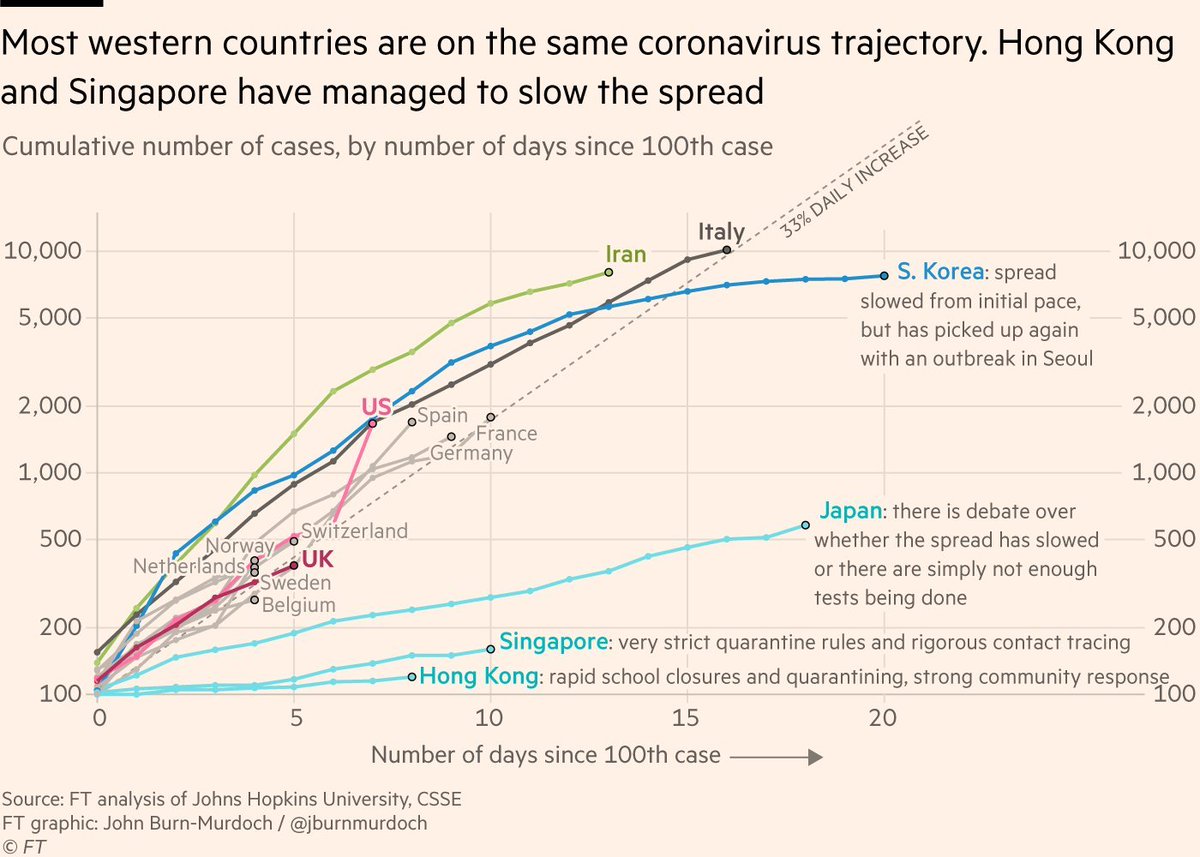 We updated this every day for weeks on end, consistently showing that UK’s doubling-time was faster than decision-makers were saying.

Four days later we added Covid deaths curves, which again unequivocally showed UK was on a steep doubling path and trailing Italy by a much shorter period than we were hearing from officials.

We were putting these charts out for 12 days before lockdown.

Of course, we weren’t the only ones publishing these numbers either.

It’s kinda amazing that people were just ignoring all of this, when the data was all right out in the open.