Pulp Librarian+ Your Authors @PulpLibrarian Curator of the art, history and fiction of old dreams. Jun. 11, 2020 2 min read + Your Authors

Let me introduce you to Scotland Yard's most famous detective*: Geisterjäger John Sinclair!

(*In the German speaking world) 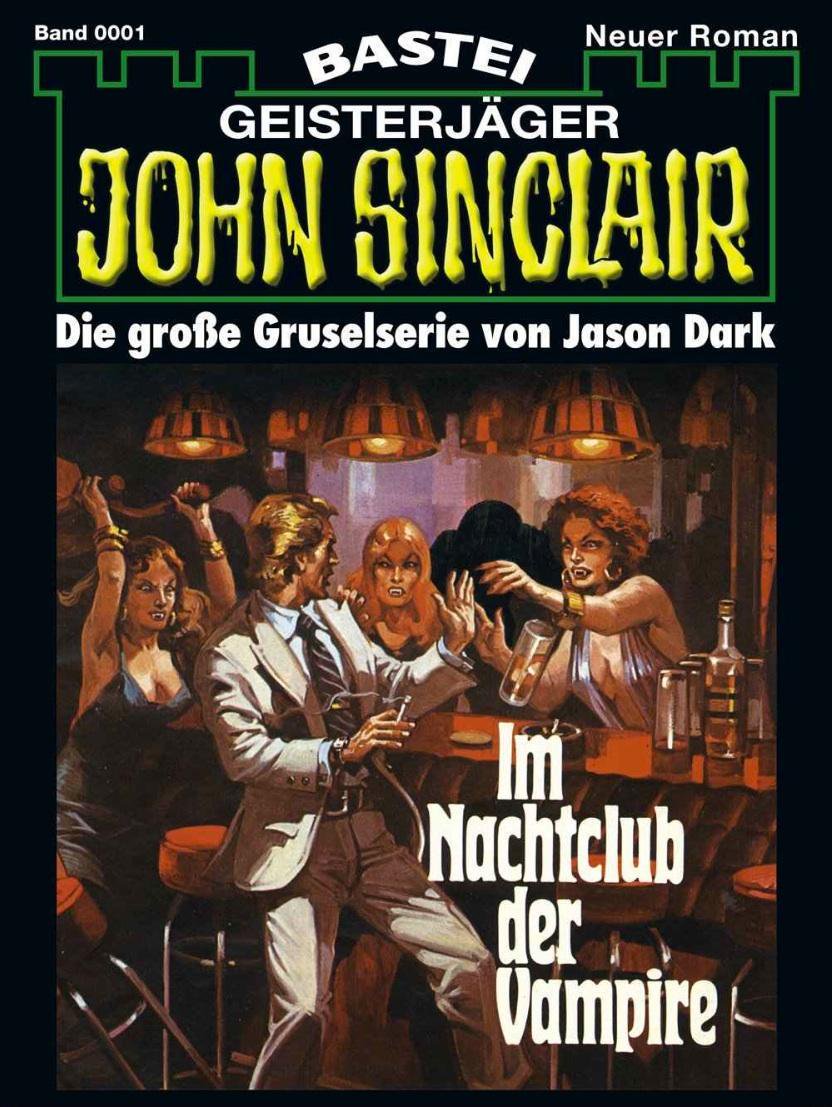 John Sinclair is a Scotland Yard chief inspector who has been battling all manner of undead and demonic creatures since 1973. 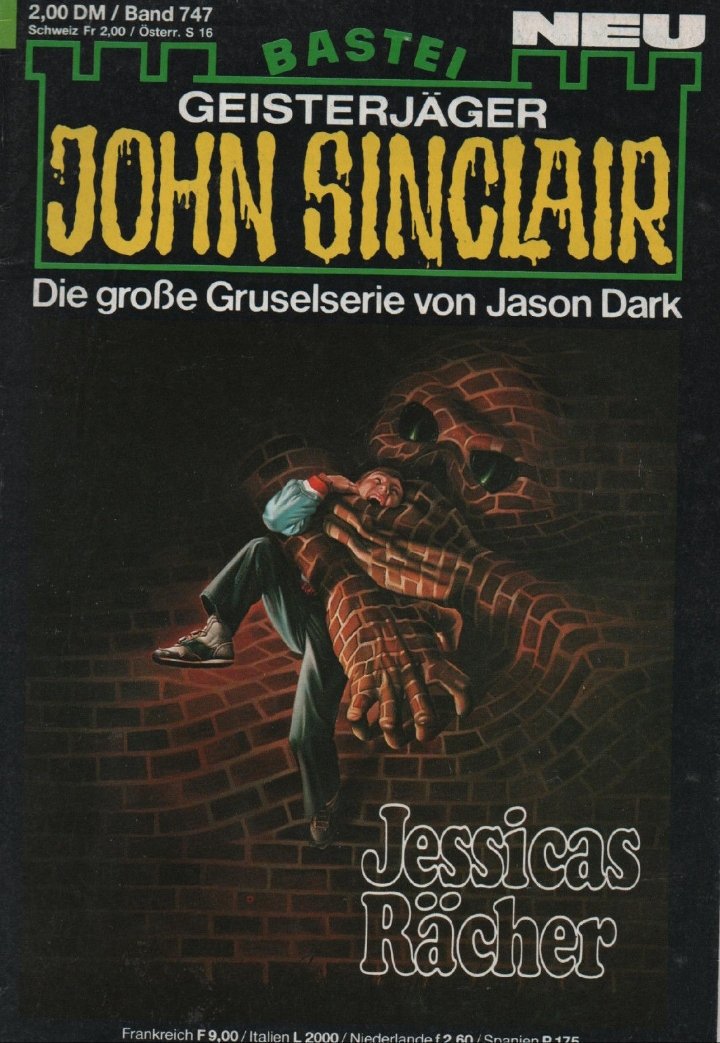 Chief Inspector Sinclair is a direct descendent of Henry I Sinclair, Earl of Orkney. He is also the Son of the Light due to his exceptional demon fighting skills. 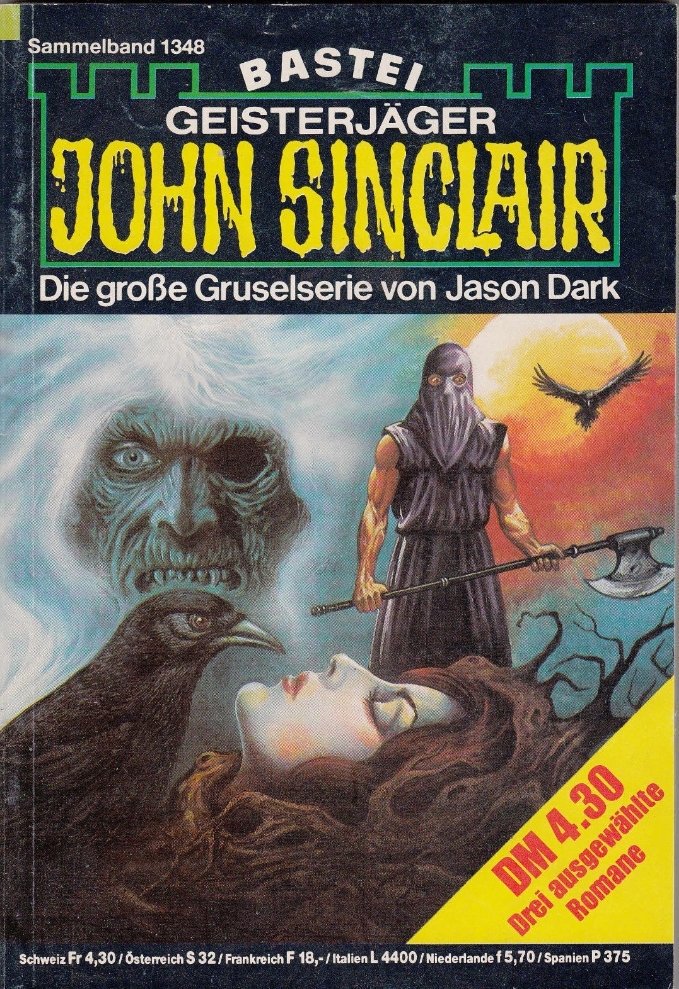 Sinclair reports into Sir James Powell, head of Scotland Yard's special division for fighting supernatural crime. Along with Inspector Suko - a Shaolin trained martial arts expert - Sinclair travels the world in his battles with the demonic and the possessed. 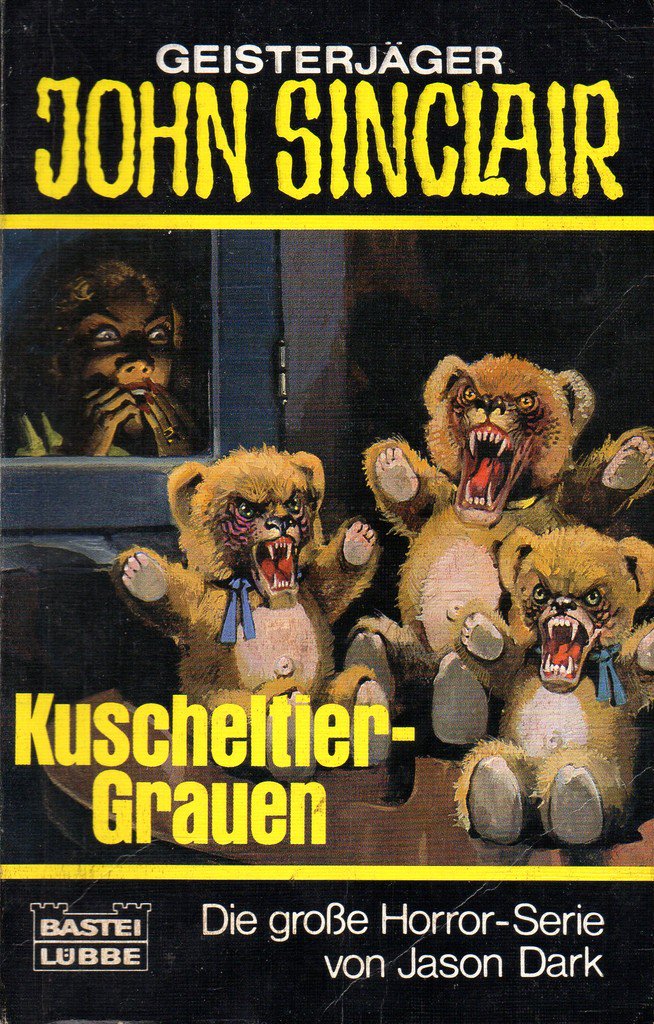 John Sinclair is armed with a Beretta pistol full of silver bullets and a silver cross made by Ezekiel. Suko also has a whip made from the skin of a demon. With these they fight the good fight across the world against the forces of darkness. 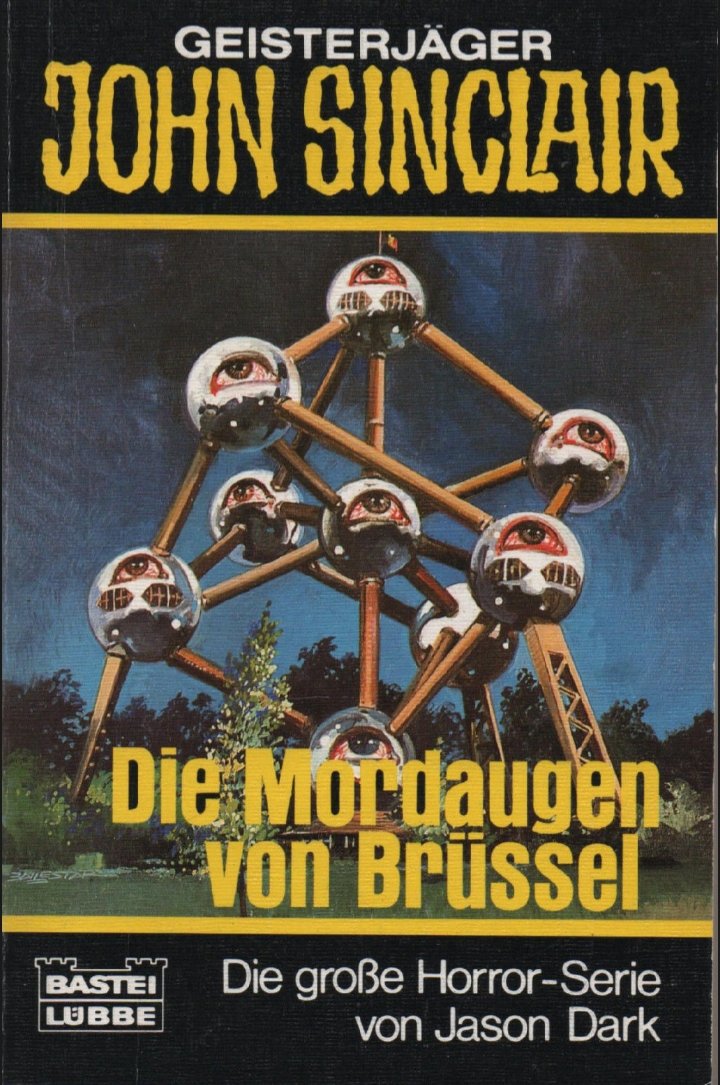 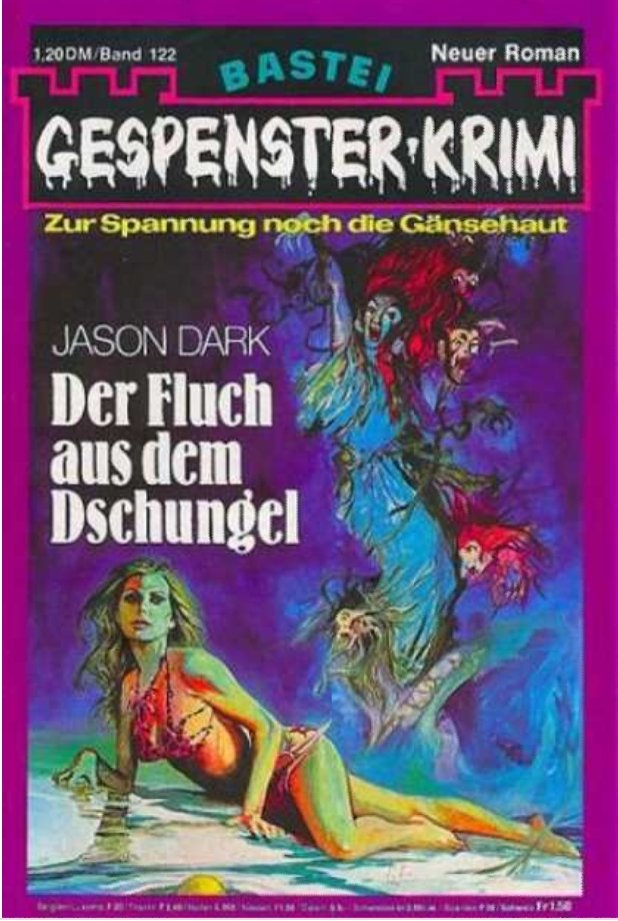 ...but he proved to be such a popular character that in 1978 Bastei gave him his own series. 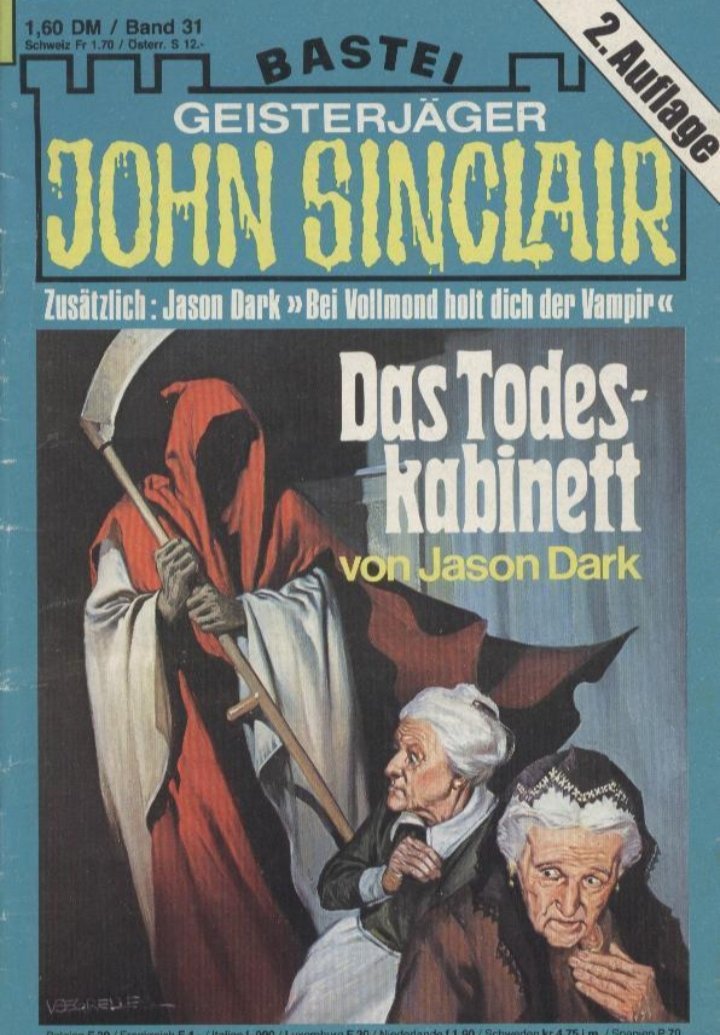 Sinclair does has had a few recurring foes, such as Doctor Tod and Der Schwarze Tod... 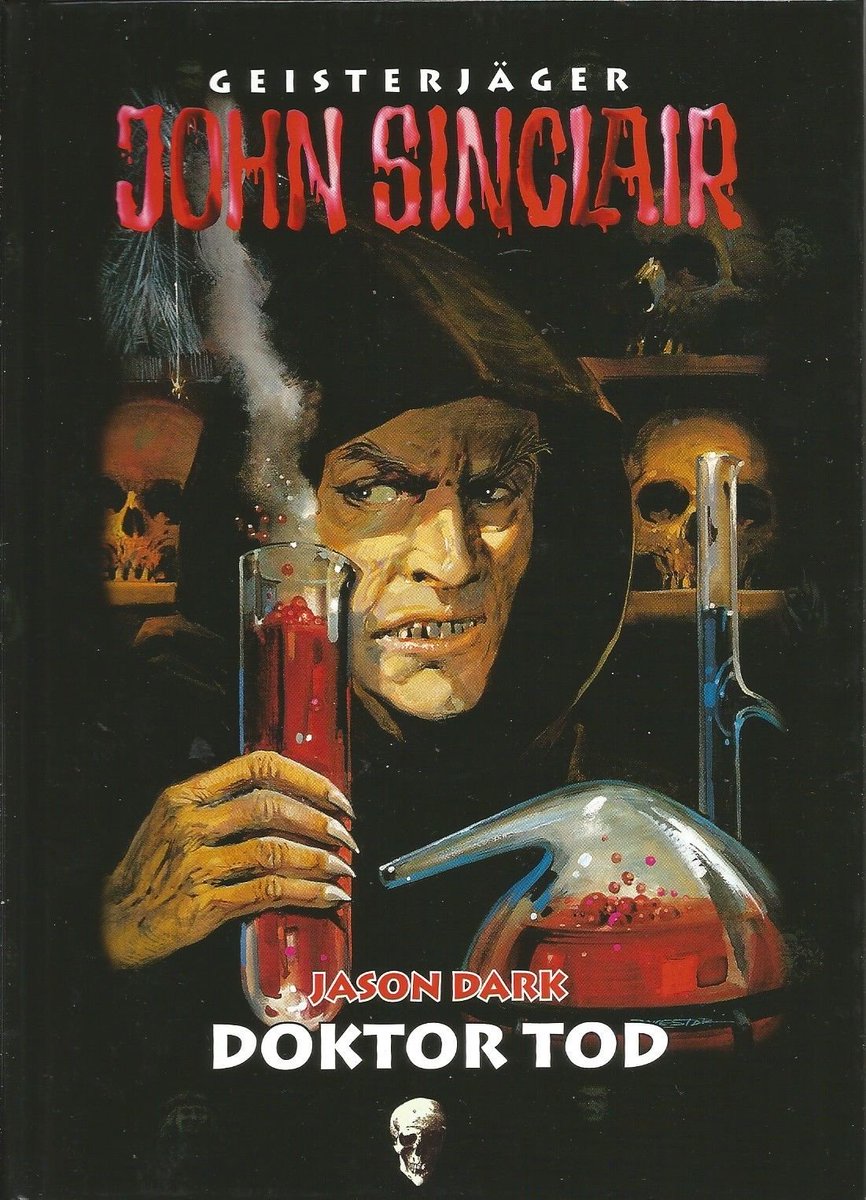 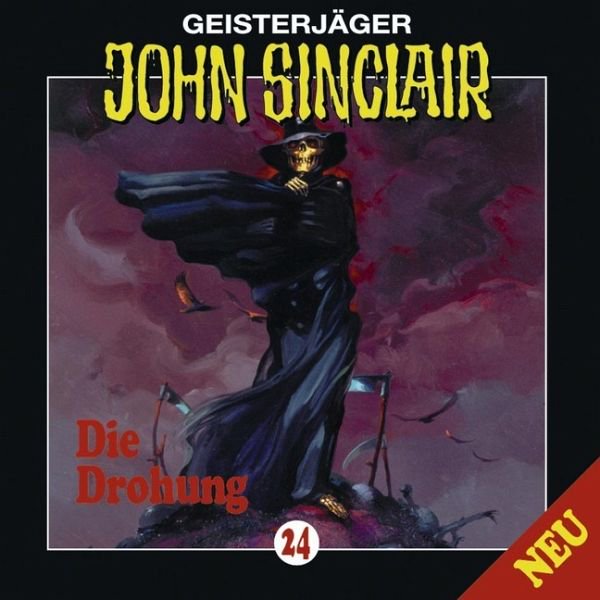 ...but with several hundred stories in print the Geisterjäger has fought everyone from Dracula to killer clowns. 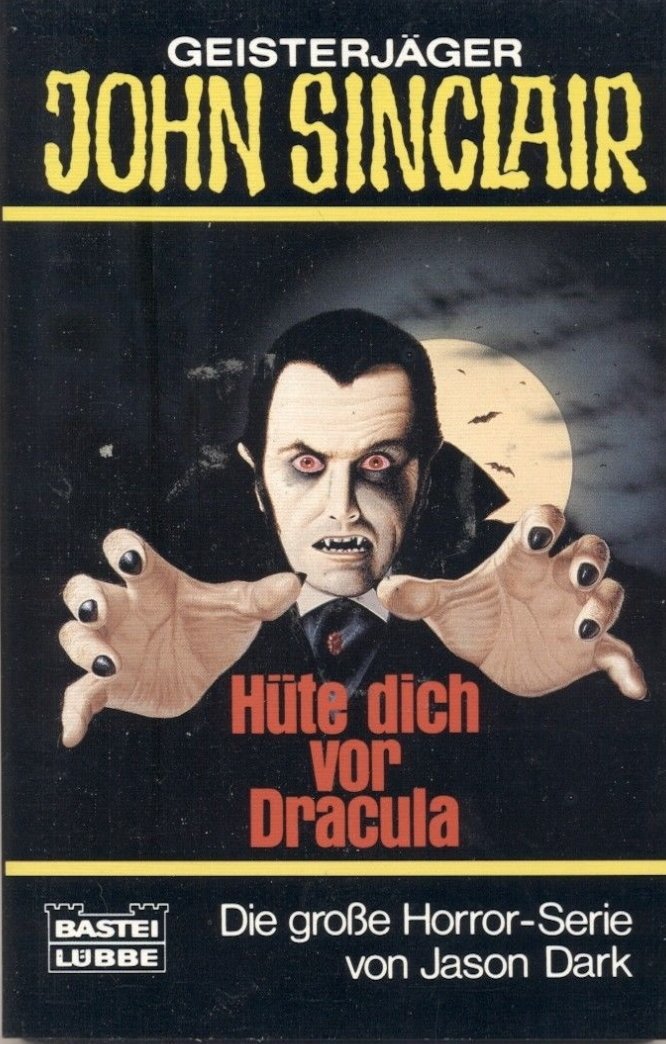 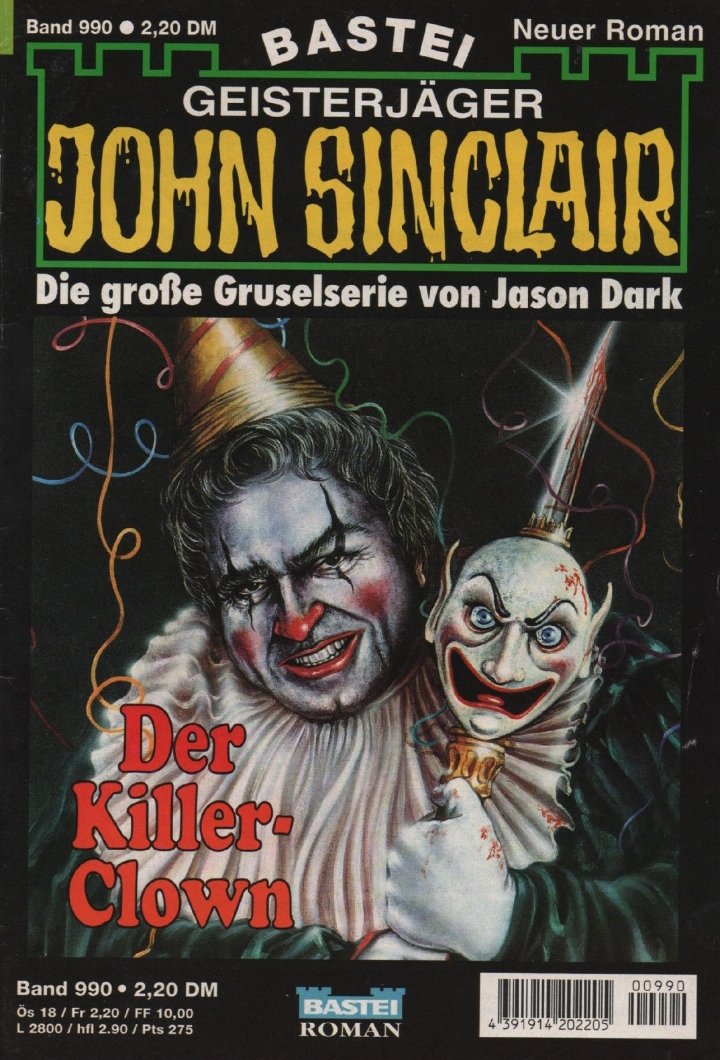 Helmut Rellergerd, aka Jason Dark, has written most of the Sinclair novels. Born in Dahle he trained as a chemical technician before a spell in the Bundeswehr In 1966, where he wrote his first stories for Bastei. 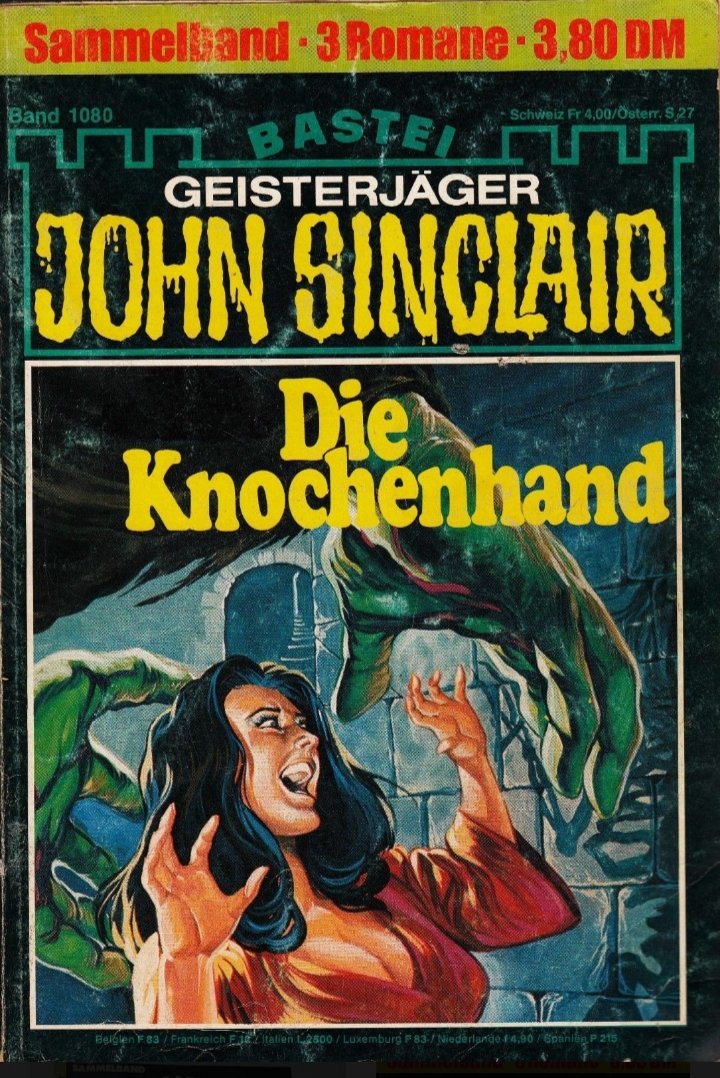 He was soon working permanently as a horror writer and was pretty busy doing it: Bastei wanted a John Sinclair story every week, and since 1978 that's what Rellergerd (later assisted by a few other writers) have been producing. 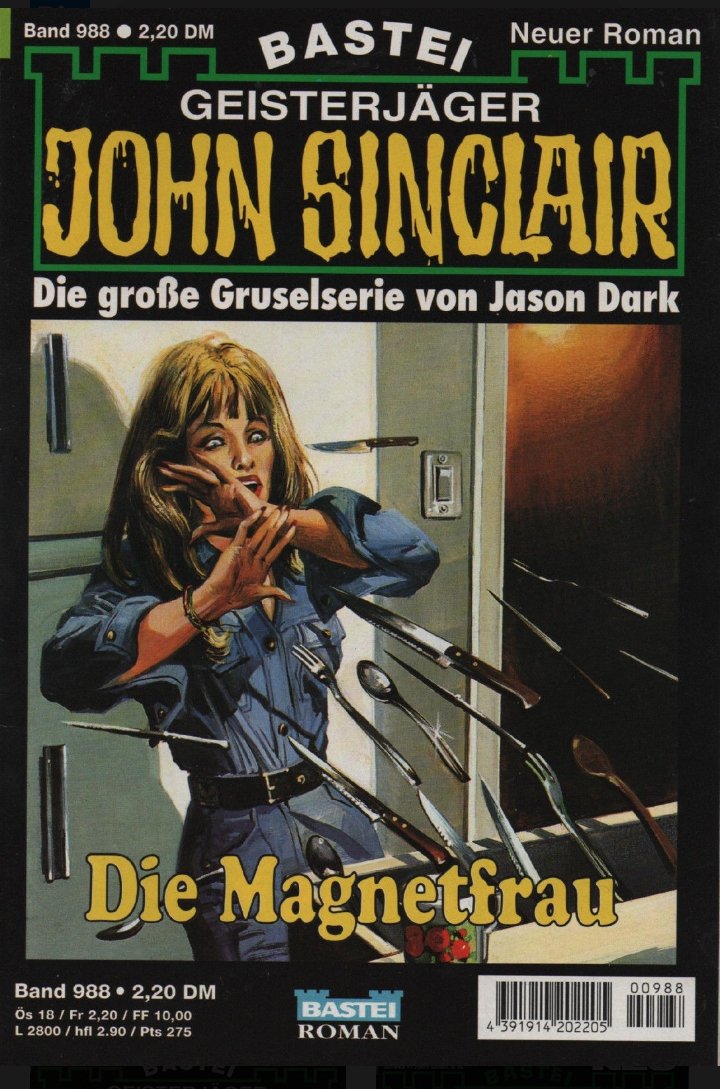 John Sinclair has featured in a number of audio adventures as well as a TV show and TV movie. As a demon hunter there's plenty of life left in the old dog yet. 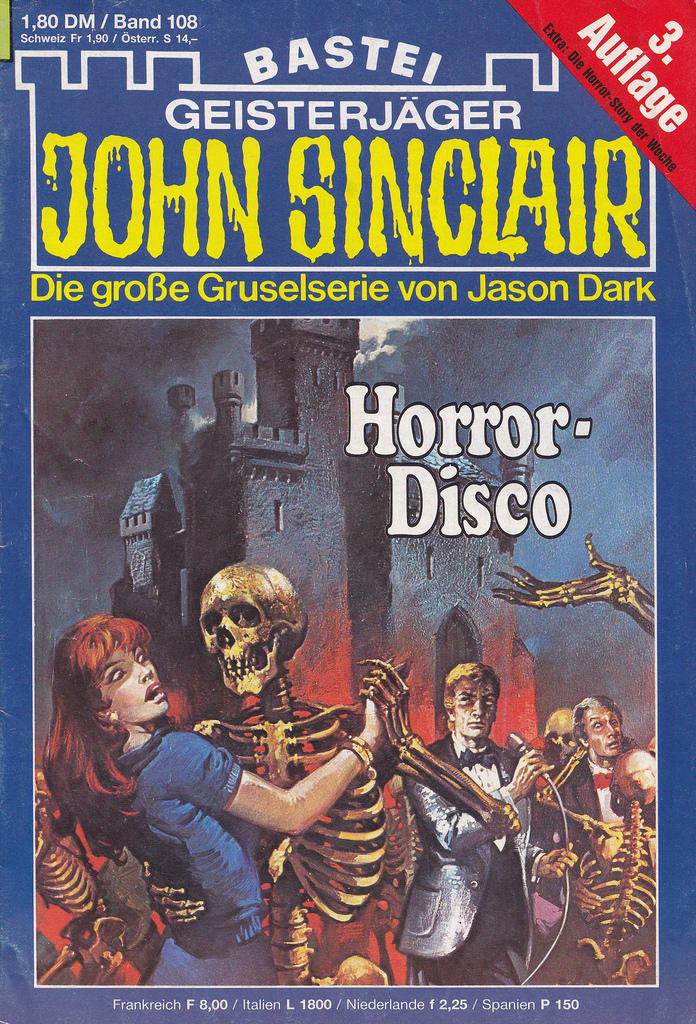 I'm pleased to say that Helmut Rellergerd is still writing, knocking out the stories on his old Olympia typewriter. Long may he continue. 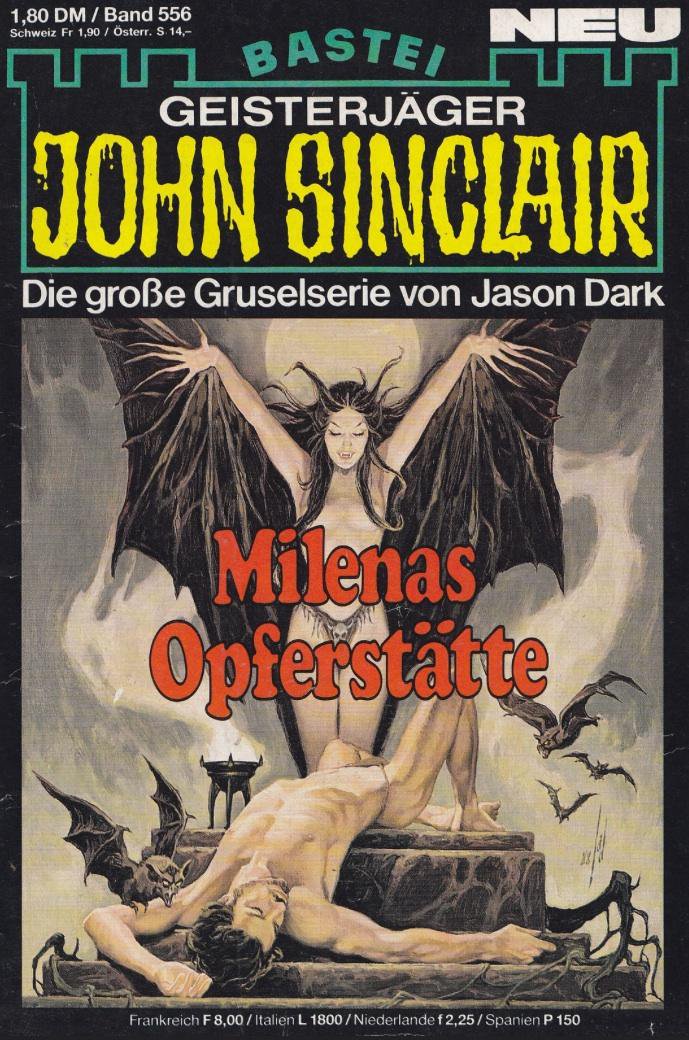