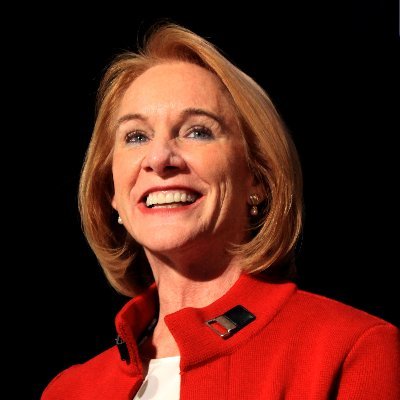 It's clear @realDonaldTrump doesn’t understand what’s happening on five square blocks of our City. Cal Anderson and Capitol Hill has for decades been a place for free speech, community, and self expression.

Lawfully gathering and expressing first amendment rights, demanding we do better as a society and provide true equity for communities of color is not terrorism - it is patriotism.

The Capitol Hill Autonomous Zone #CHAZ is not a lawless wasteland of anarchist insurrection - it is a peaceful expression of our community's collective grief and their desire to build a better world. Given his track record, it's not hard to believe that Trump is wrong, yet again.

For the thousands of individuals who have been on Capitol Hill, I think you’ve seen what I’ve seen: The painting of Black Lives Matter along Pine Street, food trucks, spaghetti potlucks, teach-ins, and movies.

Seattle is passionate, we demand justice, and I believe we will be at the forefront of true, meaningful change. Nothing will distract our city from the work that needs to be done.

I remain committed to working with community, including the organizers currently on Capitol Hill, to re-imagine how we do things as a city, and what investments in public health, safety, and economic justice look like.

I’m working with @SeattlePD Chief @carmenbest and listening to community to understand how we can continue to build trust between our Seattle Police officers and the community around the East Precinct.

One of the things the President will never understand, is that listening to community is not a weakness, it is a strength.

A real leader would see nation-wide protests - borne from hundreds of years of immense grief of our Black community, communities of color, and so many others - and the call to become an anti-racist society, as an opportunity to build a better nation.

I also want to be clear as I have stated publicly previously – it is unconstitutional and illegal to send the military to Seattle. We will not allow this to happen.

We will not let this president be a distraction.

Centuries of slavery and systemic racism won’t be dismantled overnight, but I believe that Seattle can be a model for our country. We must work to make progress together, and it is clear that Seattle is ready to act.

This will build off our existing work to provide childcare and free college to every public high school student, provide jobs for youth, and institute criminal justice reforms, including vacating convictions for marijuana use.

We will continue to build up our Women and Minority Owned Small Business programs at the @CityofSeattle that prioritize hiring businesses owned by women, black and indigenous people, and people of color.

We will continue to fund intervention and mental health programs so that those who call 9-1-1 in crisis are met with the kind of help they really need - whether that is a mental health professional, a social worker, or a community advocate - and not always a police officer.

And as we consider our city budget - including our SPD budget - I am committed to investing $100 million new dollars in community-based programs that serve Black and indigenous people, and communities of color.

All of this is a start, and believe me when I say I know that it is not enough. None of these actions will undo hundreds of years of systemic racism overnight.

But at the @CityofSeattle, together with community, we are committed to doing that work.