Is there evidence that COVID-19 has slowed in Europe due to herd immunity? No. The most likely explanation remains the simplest. Movement restrictions have slowed the virus, but as they are lifted, many remain at risk.

Reason #1: The cumulative per-capita mortality rates from COVID-19 have plateaued at different levels. If the plateau was due to herd immunity, we would expect these to be roughly similar, with modest (not huge) variation due to age profile, health, local R0. 2/6 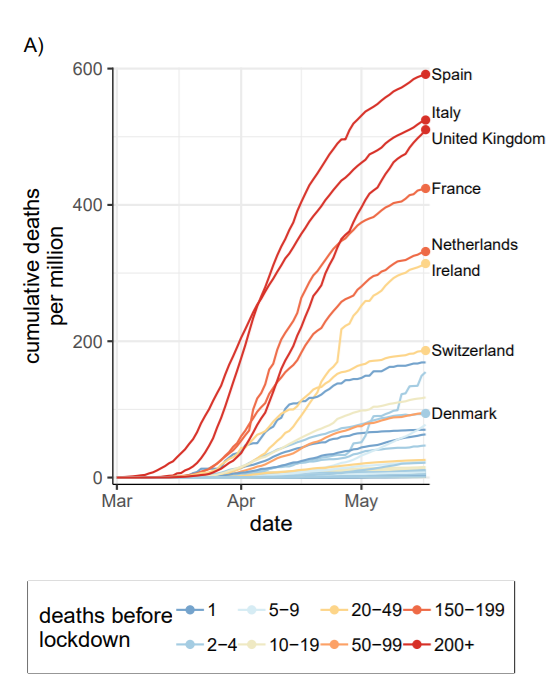 Reason #2: Countries that went into lockdown earlier ended up with fewer deaths. This is what we would expect to see if lockdowns are causing the plateau. We know that lockdowns are most effective when pre-lockdown transmission is low, and this is what we see. 3/6 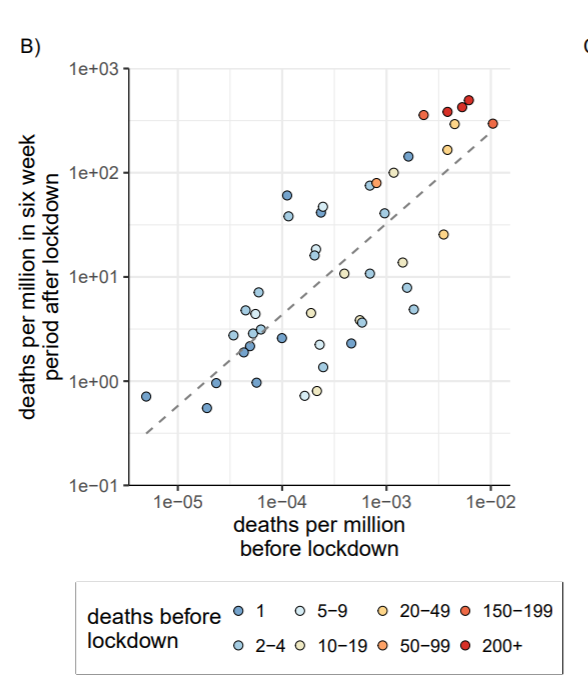 Reason #3: There is a roughly linear relationship between per-capita deaths and seroprevalence. The slope is the IFR, with most evidence in the range 0.5-1%, not <0.1%. Thus, there is no evidence of a large amount of undetected spread. 4/6 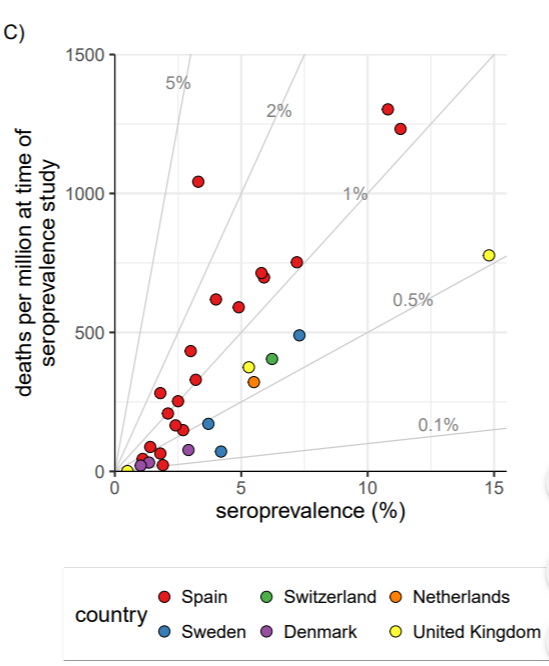 Furthermore, if these areas had all plateaued because of herd immunity due to some "immunological dark matter," why would seroprevalence settle at different values? Countries within Europe are presumably pretty similar in terms of their exposure to other viruses. 5/6

Thus, the observed data are not consistent with a herd immunity theory, though they make a ton of sense with effective lockdowns.

Kudos to the authors for putting this together. 6/END