This interview with @IjeomaOluo in @TechCrunch is so good. And woo, these parts. 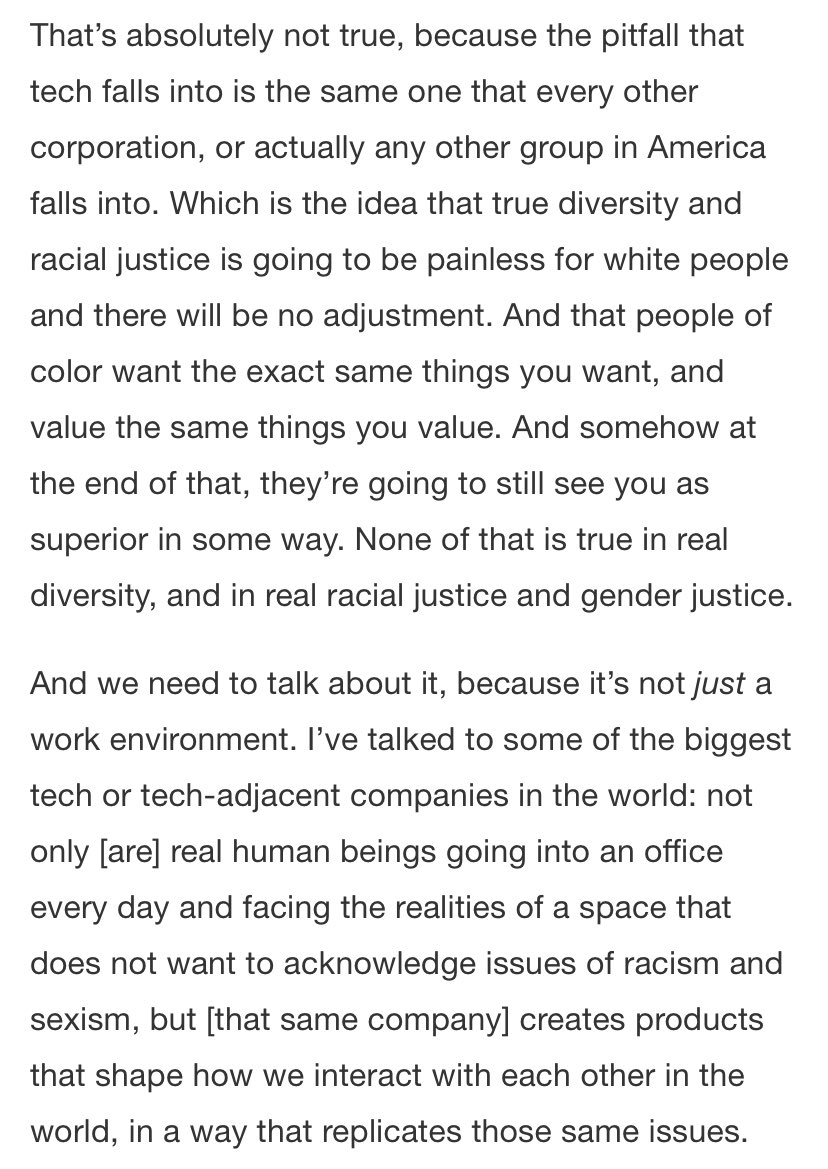 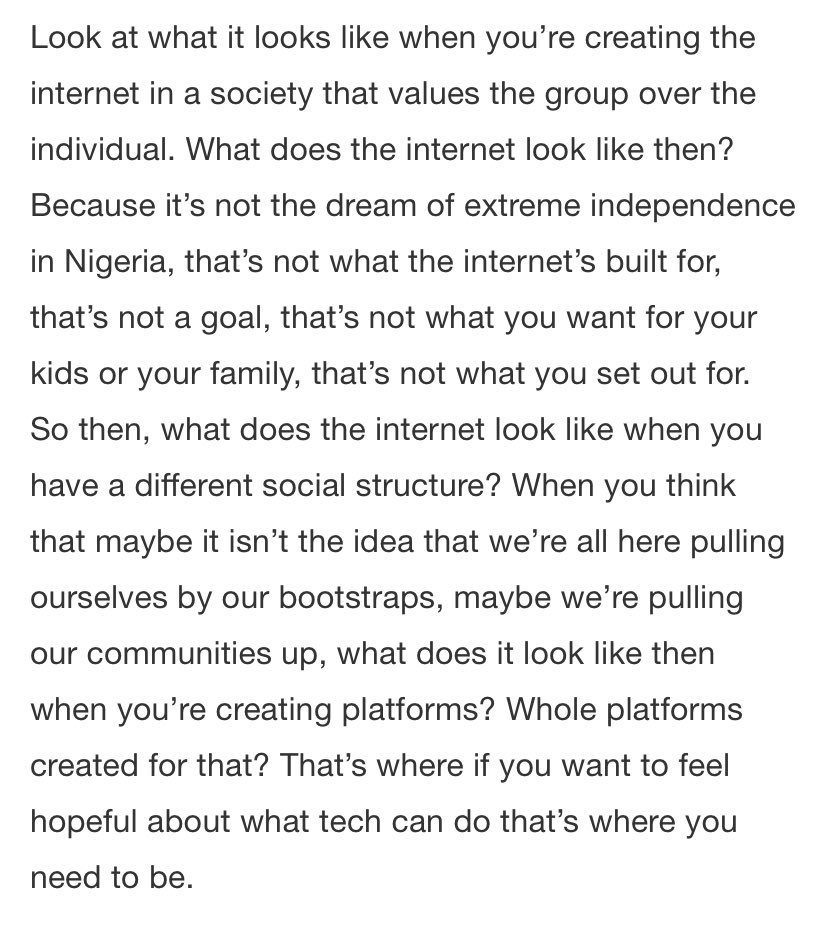 I’ve thought so much about how the original liability of the internet was it’s creation by individuals who had no idea what it meant to create, maintain, and flourish - multi-racial, multi-class, multi-gender communities.

You see the same problem not just in every platform but their adjacent co-worker spaces. The entire Wing scandal is not at all different than Facebook or Twitter. It’s a rinse repeat foreseeable set of community issues on every community platform. And that is an expertise issue.

The expertise these folks have brought to every single space and I would venture to say reinforced in most accelerators is that of capital creation by some extractive means. Not the actual product being built and proliferated at break neck speed at no matter the community costs.