This is horrifying. Phillippines court finds @mariaressa guilty of libel. She & another writer now face 6 years in jail. ‘Freedom of the press’ cannot be used as a shield for libel, says judge

I saw Maria in London in February when she was here to see her lawyers. Like many people I told her not to go back to Phillippines. Her lawyers told her the same. She went because she felt she had to for her fellow Filipinos. This is an attack on them all by a malignant regime 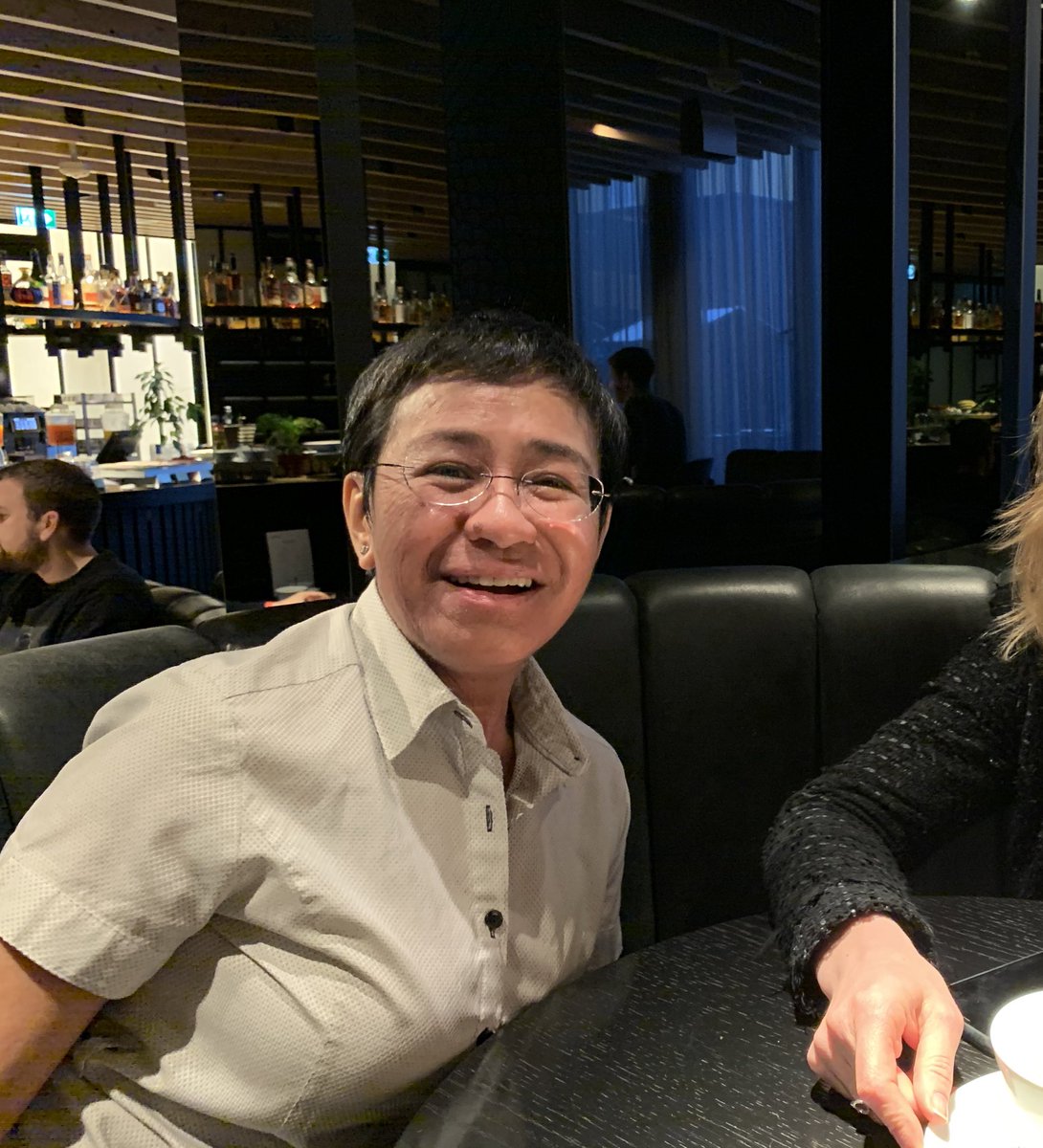 Message from @mariaressa who is battling on. 👊👊👊 Go Maria!!

But what the rest of us have to understand is that authoritarians learn from each other. Where Phillippines leads, other countries will surely follow 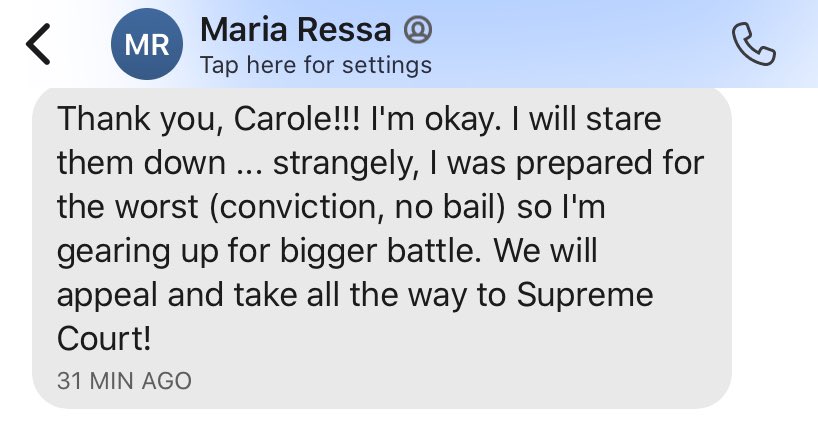 This is what laid groundwork for today’s verdict. A propaganda campaign against @mariaressa enabled by Facebook. This is where digital propaganda has got us: with an authoritarian regime jailing a journalist. Would love to get @Facebook’s reaction to this today. Hello Nick Clegg 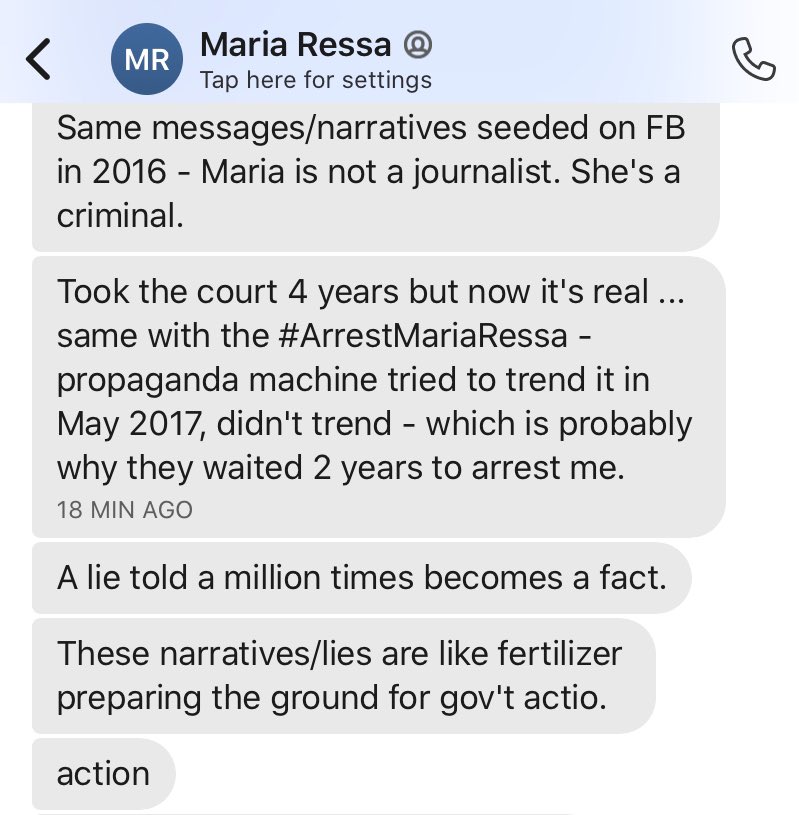