Pulp Librarian+ Your Authors @PulpLibrarian Curator of the art, history and fiction of old dreams. Jun. 18, 2020 2 min read + Your Authors

Today in pulp I look back at the Evergreen Review, the countercultural literature magazine of New York's Grove Press... #ThursdayThoughts 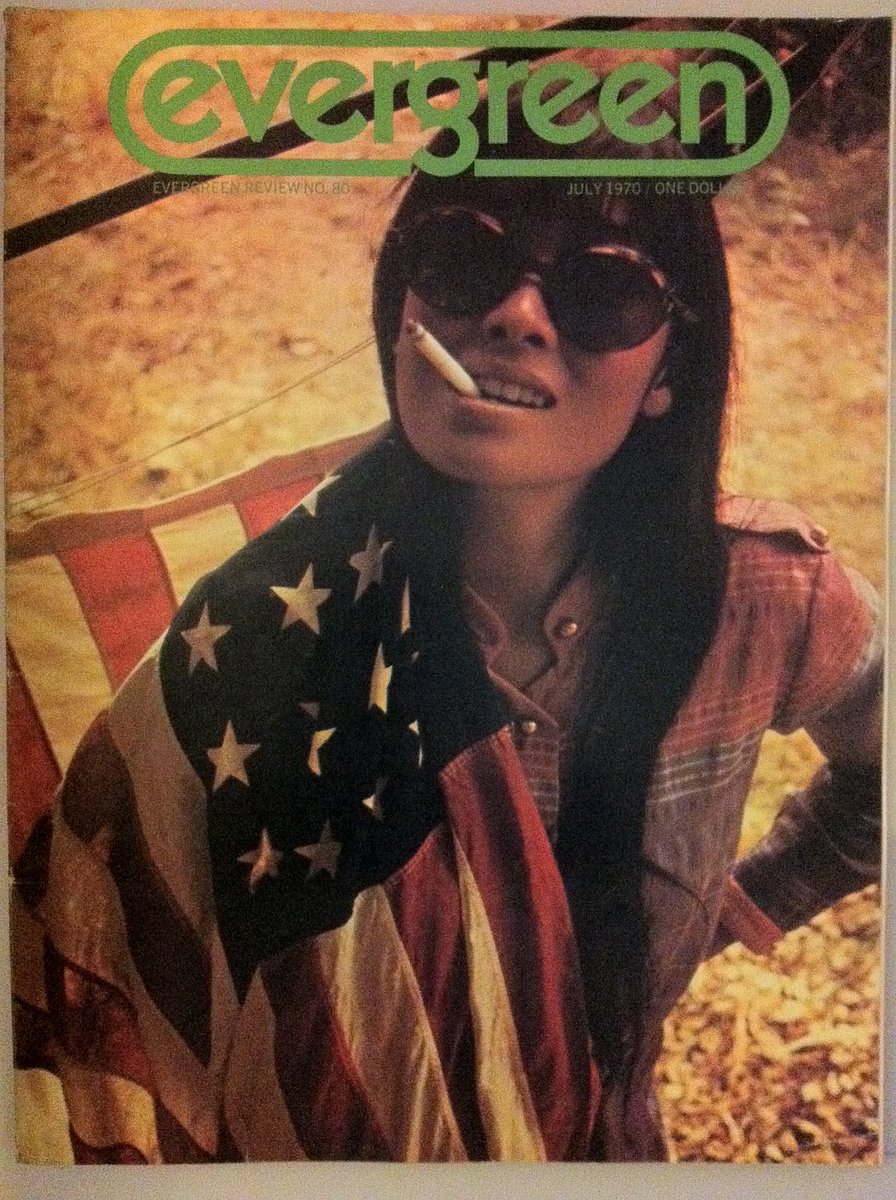 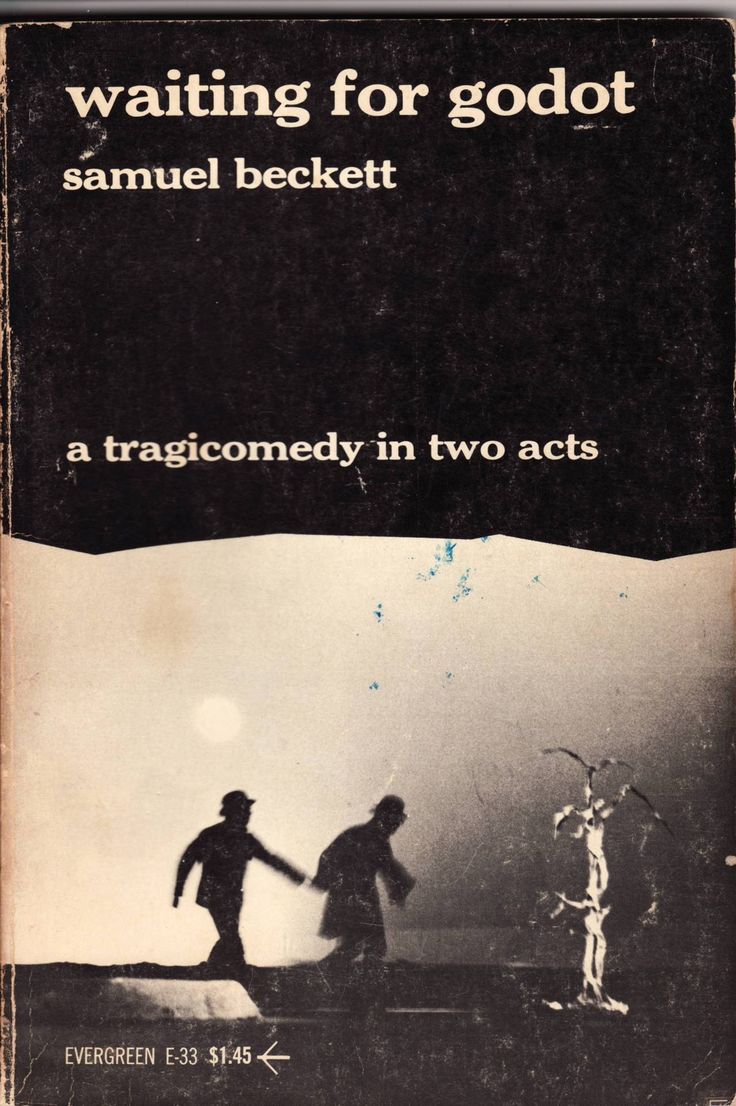 It was ferocious in fighting censorship battles, and Grove editions of Lady Chatterley's Lover, Tropic Of Cancer and Naked Lunch all ended up in court as the publisher faced off against censorious state authority. 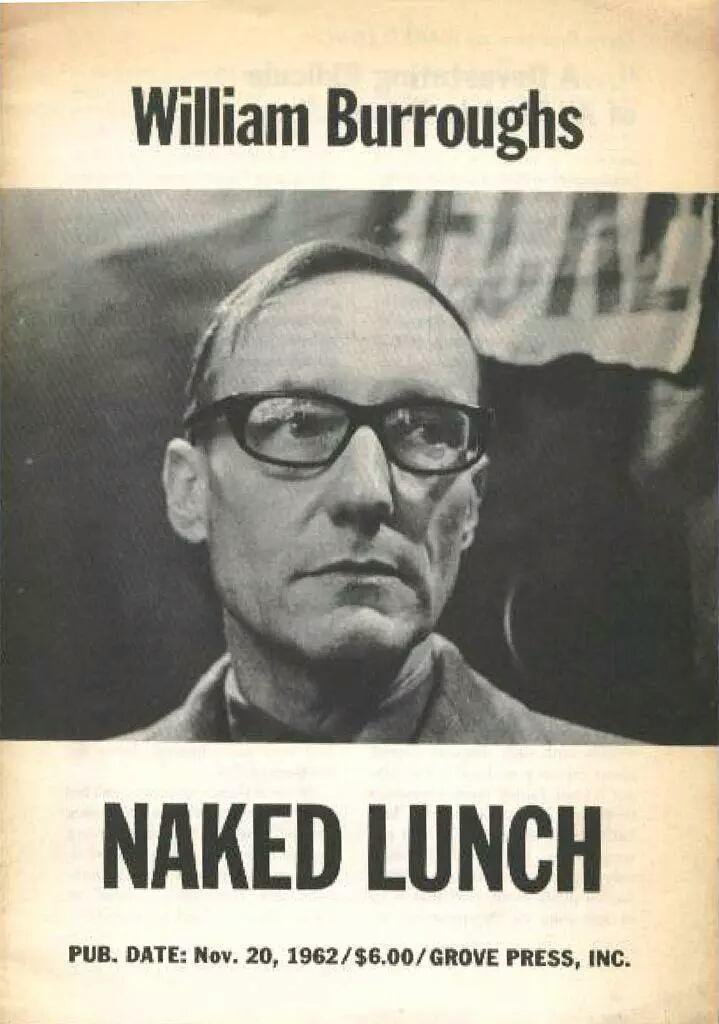 Barney founded the Evergreen Review in 1957, along with editor Donald Allen.

It began by introducing contemporary European writers to a US audience... 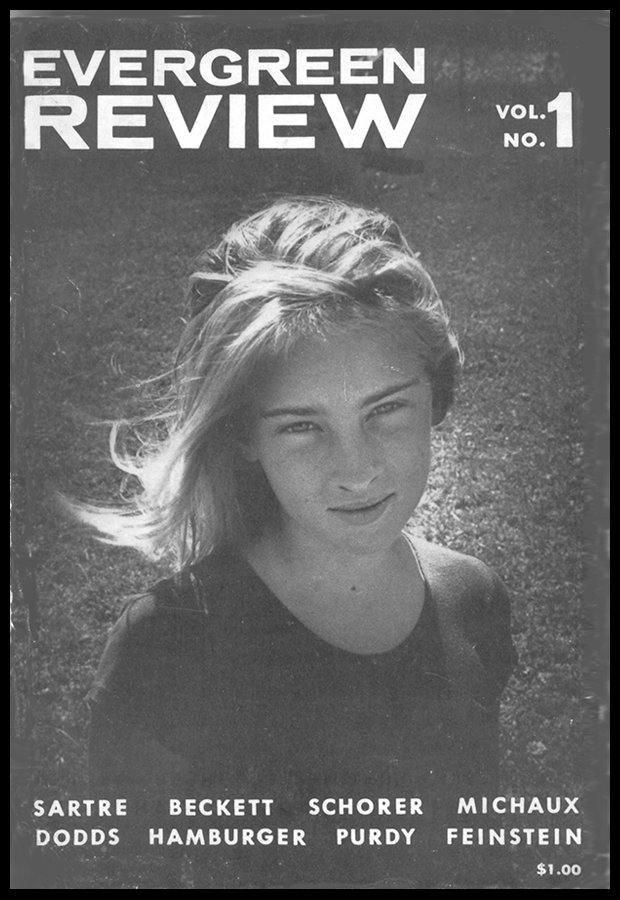 ...but by Issue 2 it was already showcasing the Beats, publishing Kerouac and Ginsberg well before they had risen to national prominence. 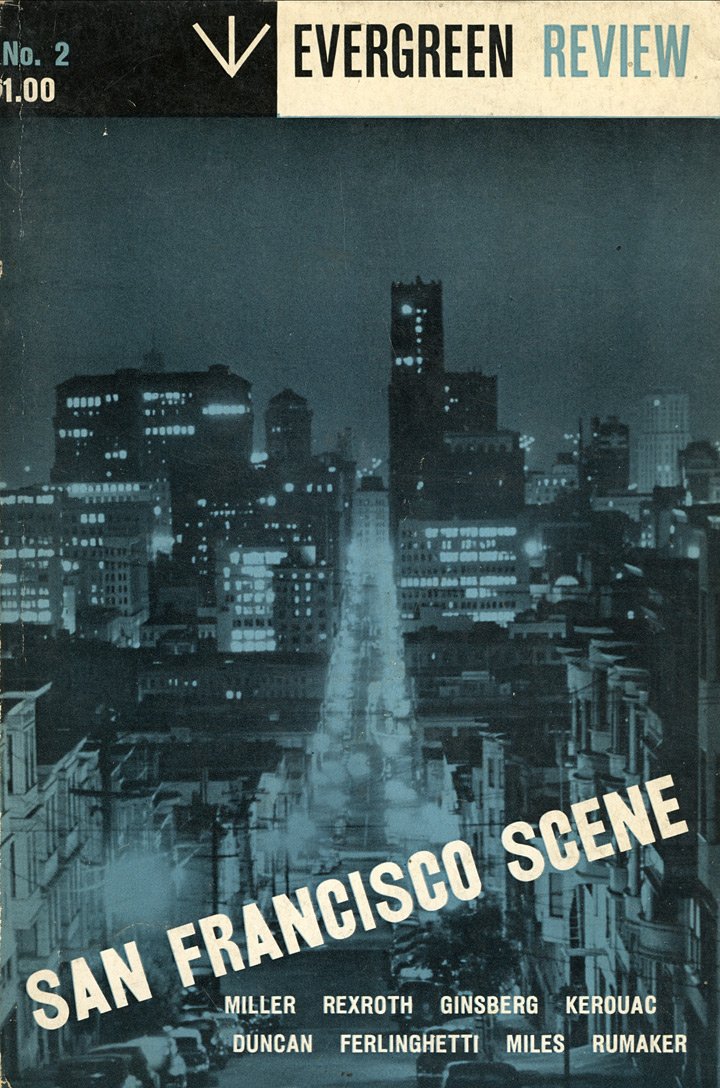 Evergreen encouraged readers to "Join the Underground" by subscribing to the review. It promised readers a window on subversive America for only a dollar. 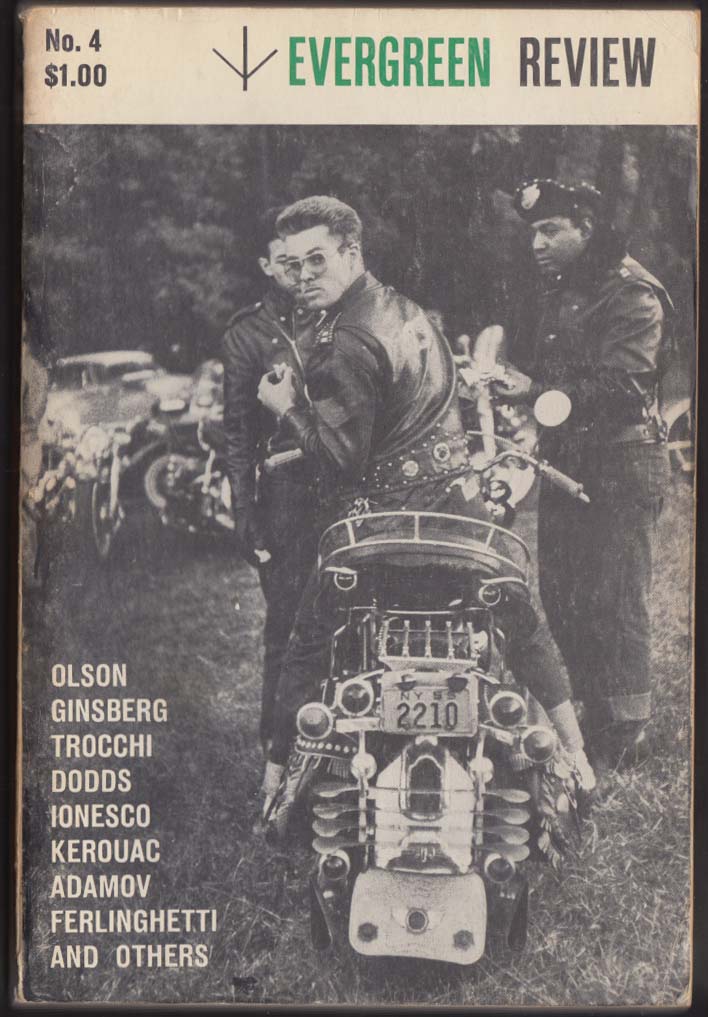 By 1964 Grove Press had cemented its reputation as the publisher of the emerging counterculture. Keen to capitalise on this Grove changed the format of the Evergreen Review to a monthly glossy, and commissioned audience research to increase sales. 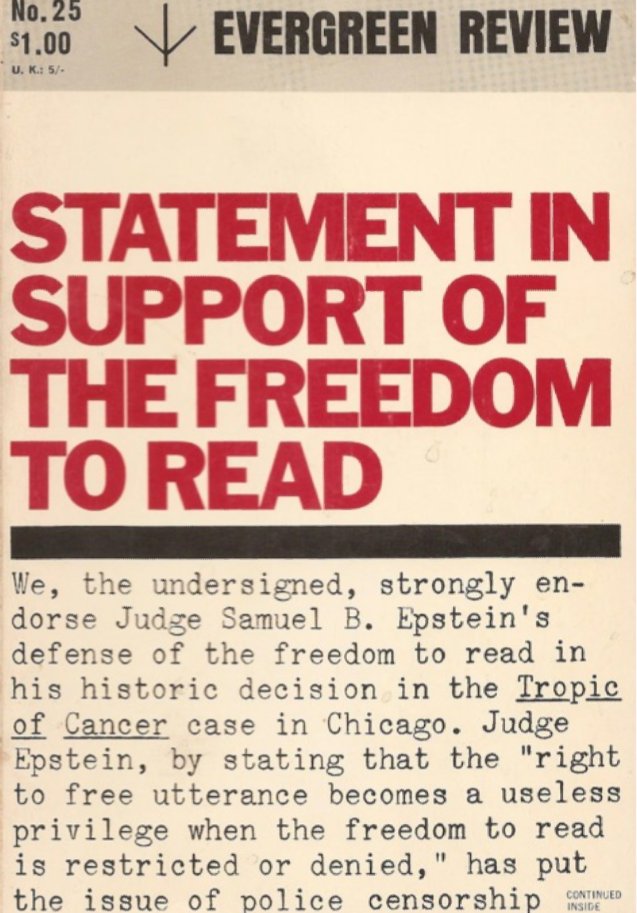 It turned out the average reader was (surprise surprise) college educated, well off, middle aged, male and white. Evergreen began to target them with more and more sex, earning it the nickname "The Playboy of the Counterculture." 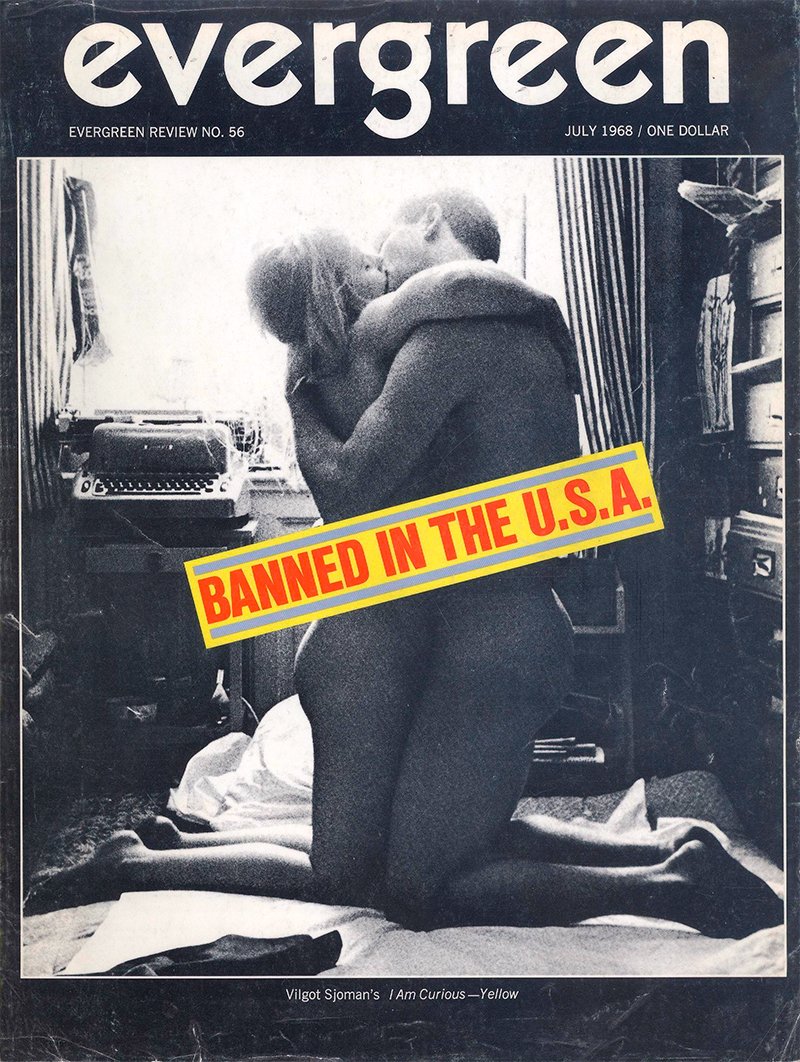 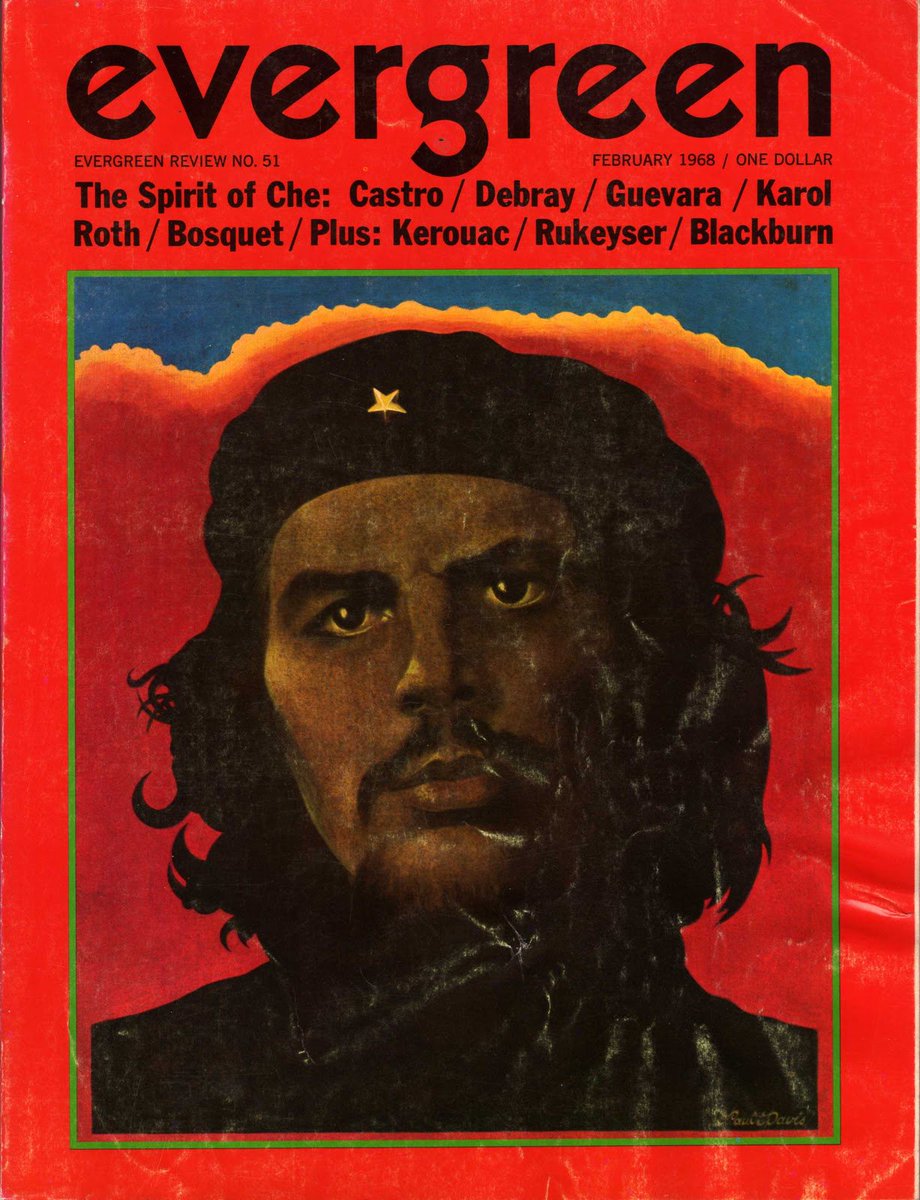 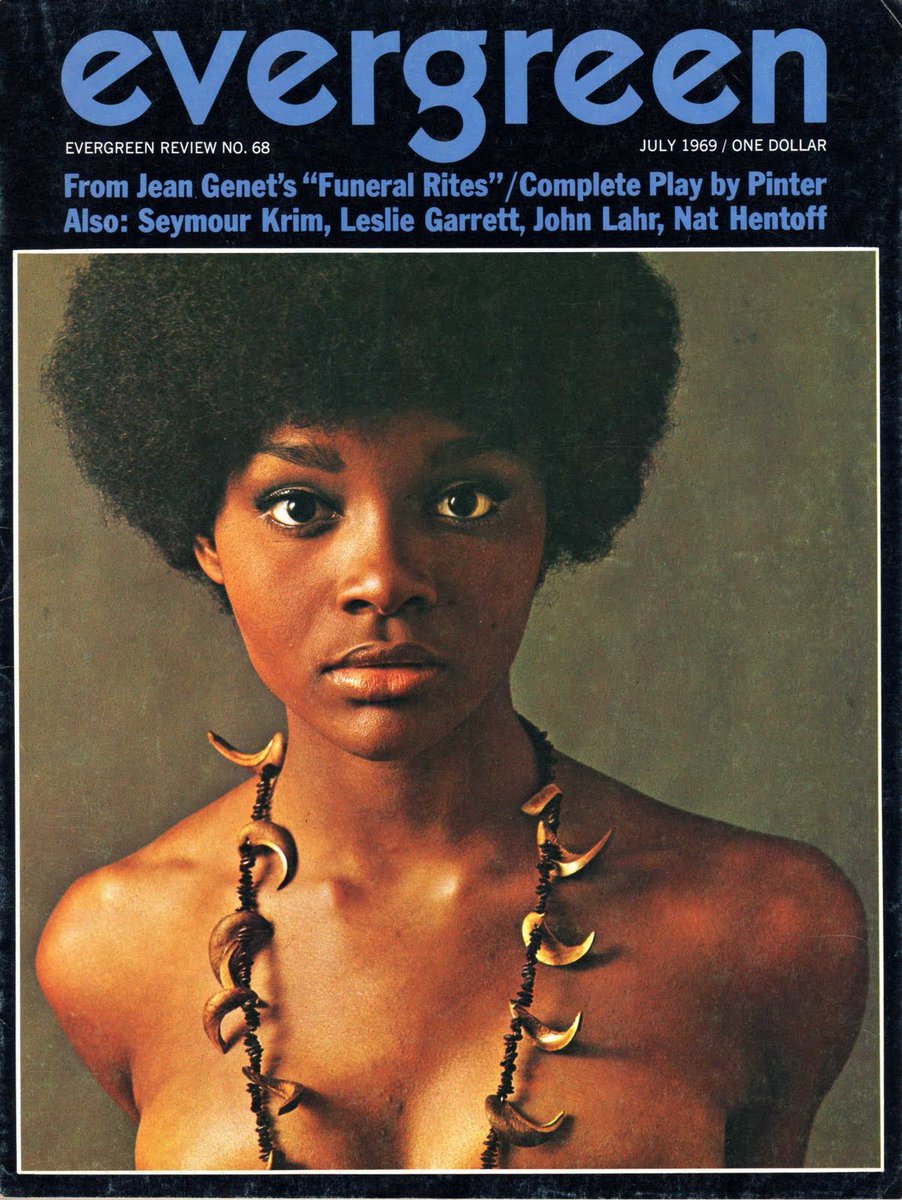 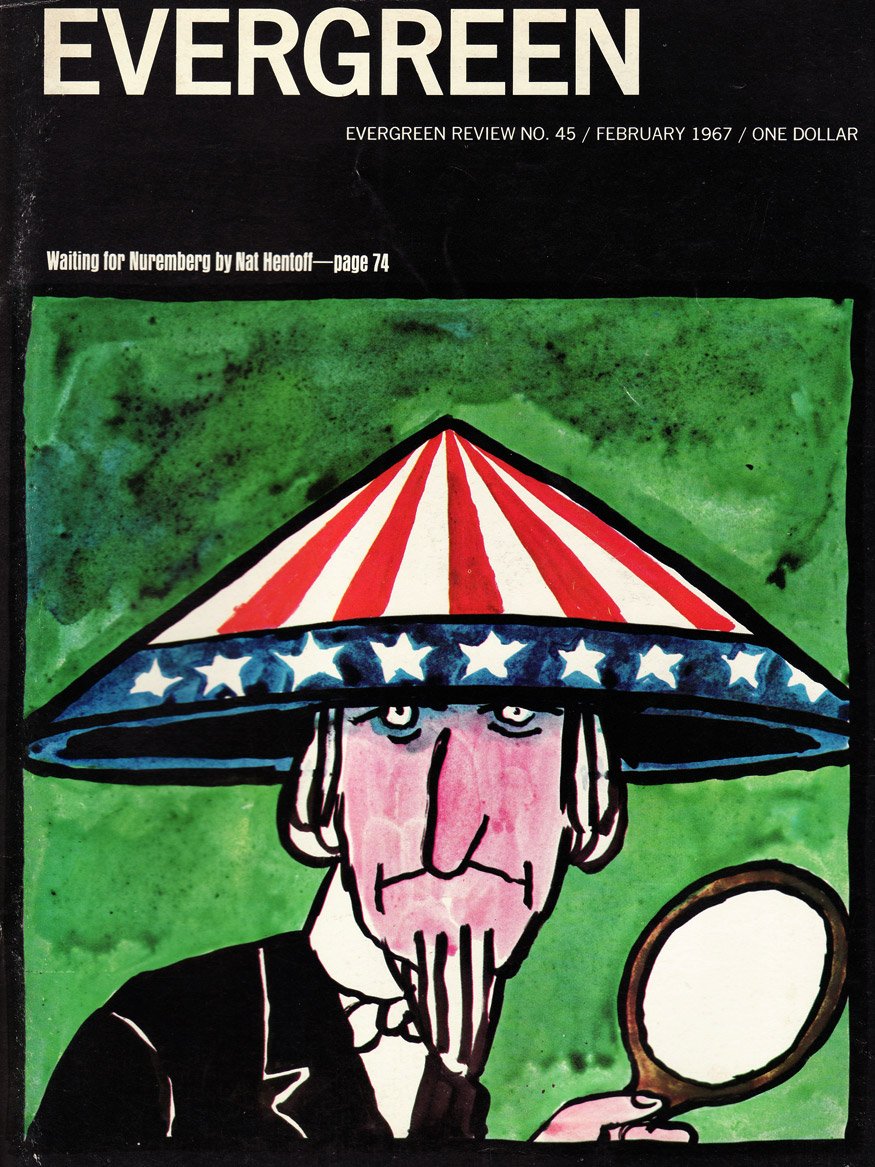 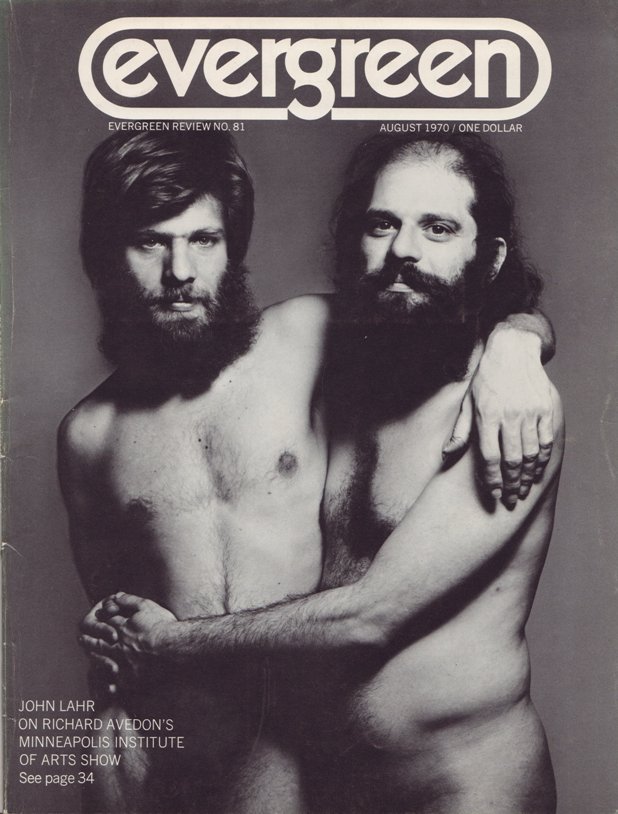 By the late 1960s Evergreen was on a mission to diversify, and eager to tap the spending power of its growing audience. Book clubs and movies were introduced, along with a widespread marketing campaign to promote the 'radical' brand. 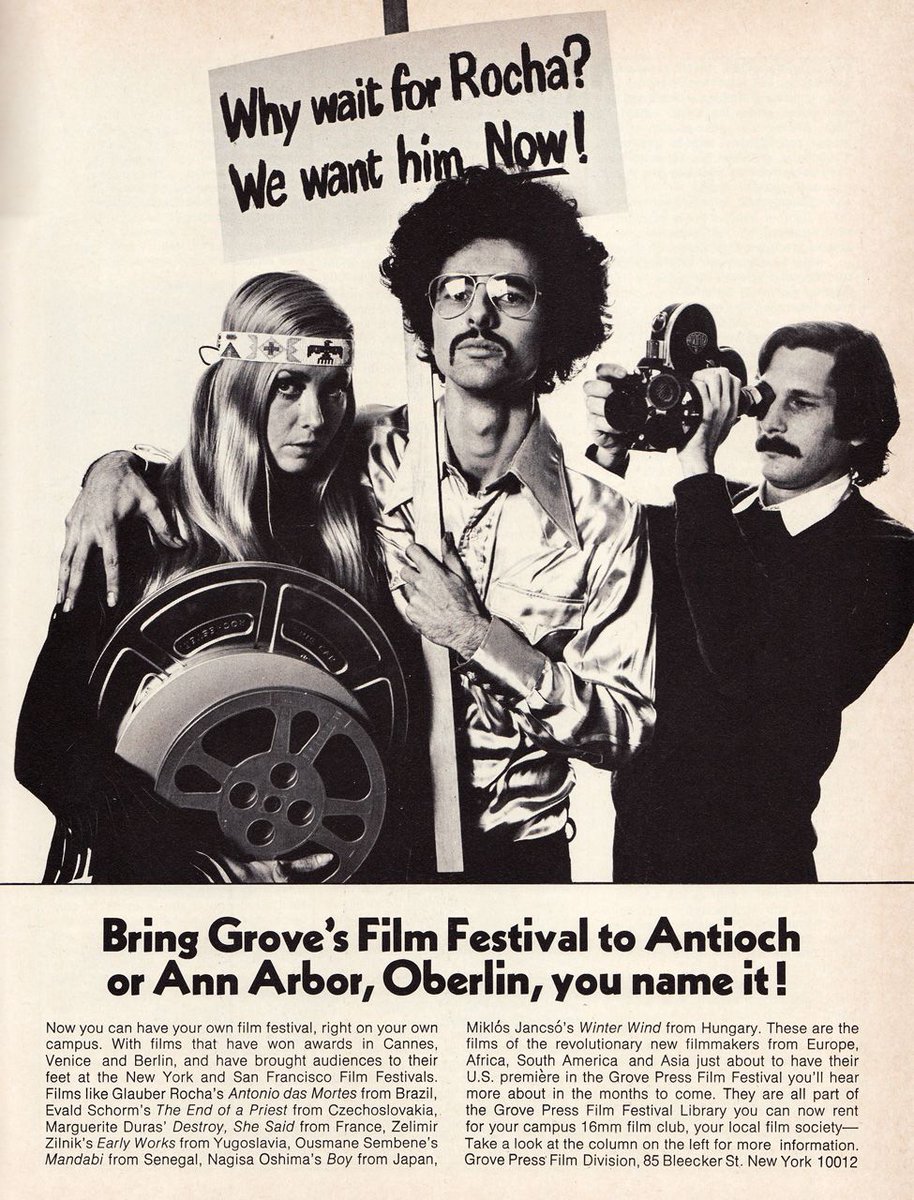 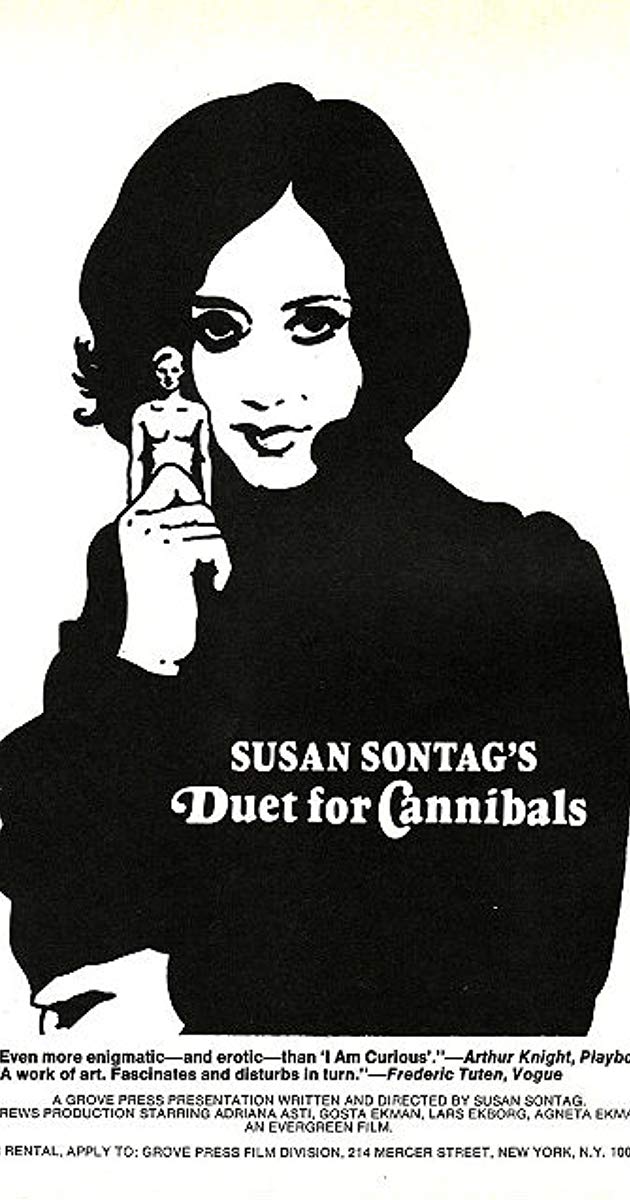 Was Evergreen selling out? Well by 1967 Grove Publishing had gone public with an IPO, and it had finally moved into a firm financial footing after years of expensive censorship court cases.

Publishing is a business after all... 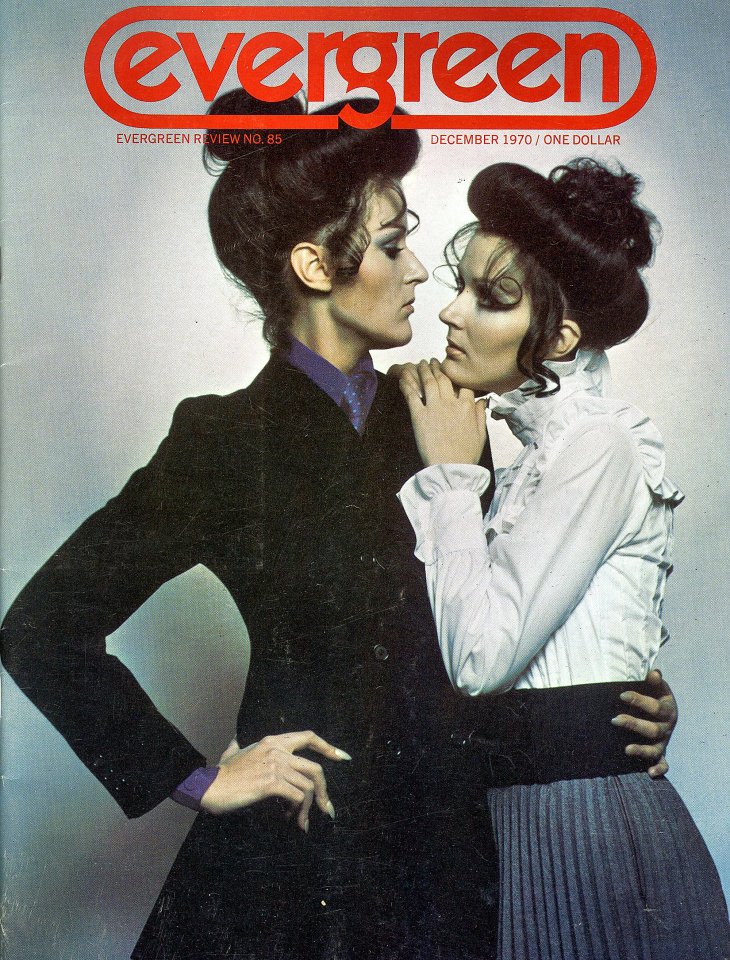 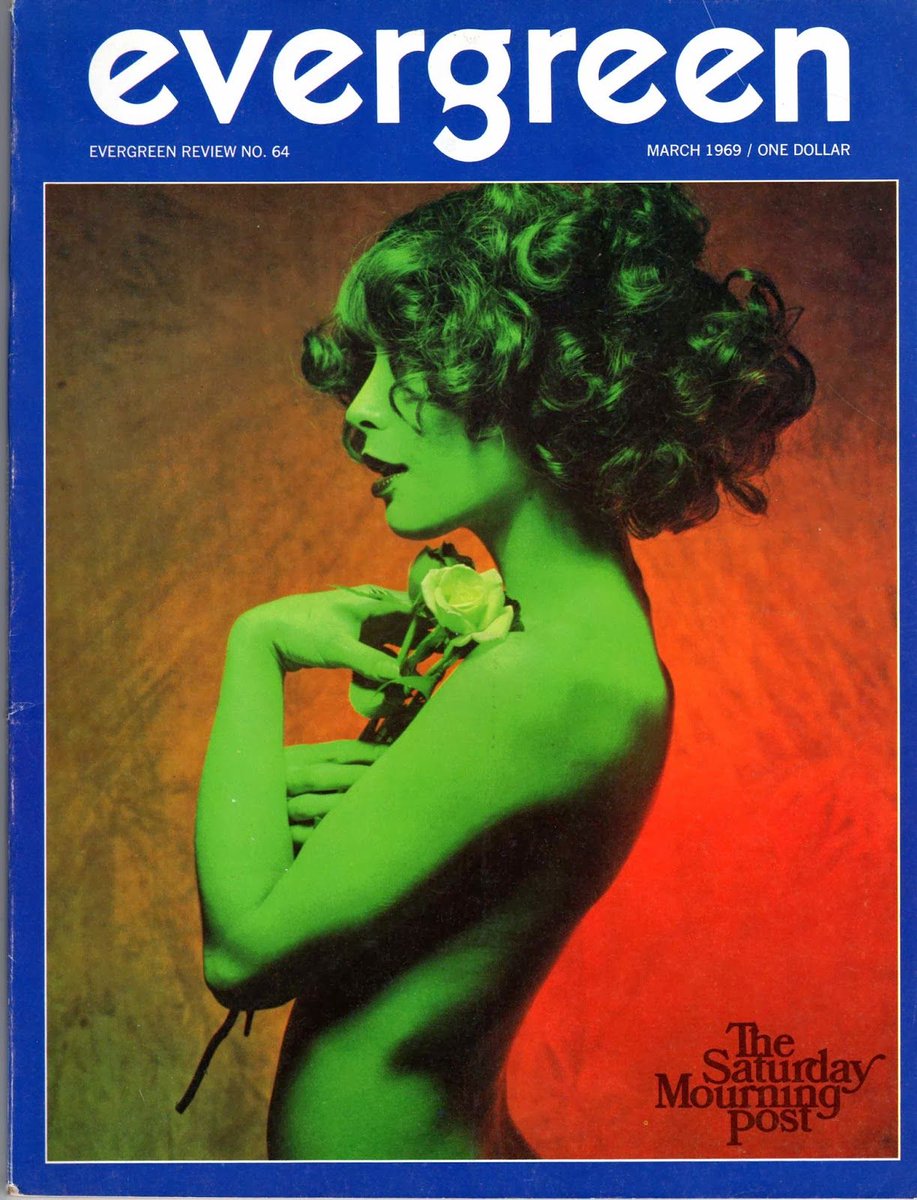 Evergreen certainly became a slick magazine in the end, but the counterculture itself had become a commodity by the late 1960s. Sticking it to 'the man' required high production values. 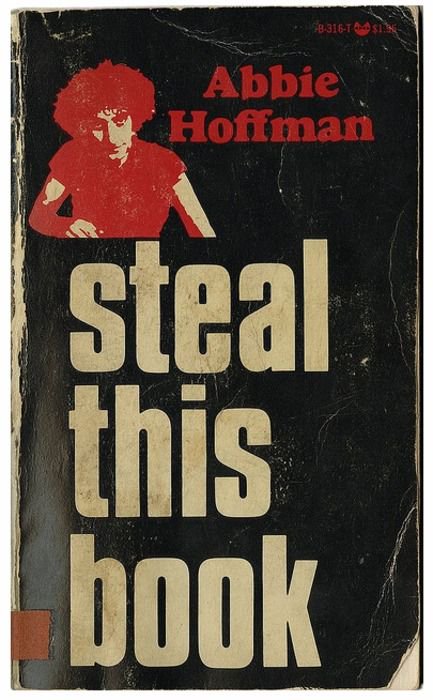 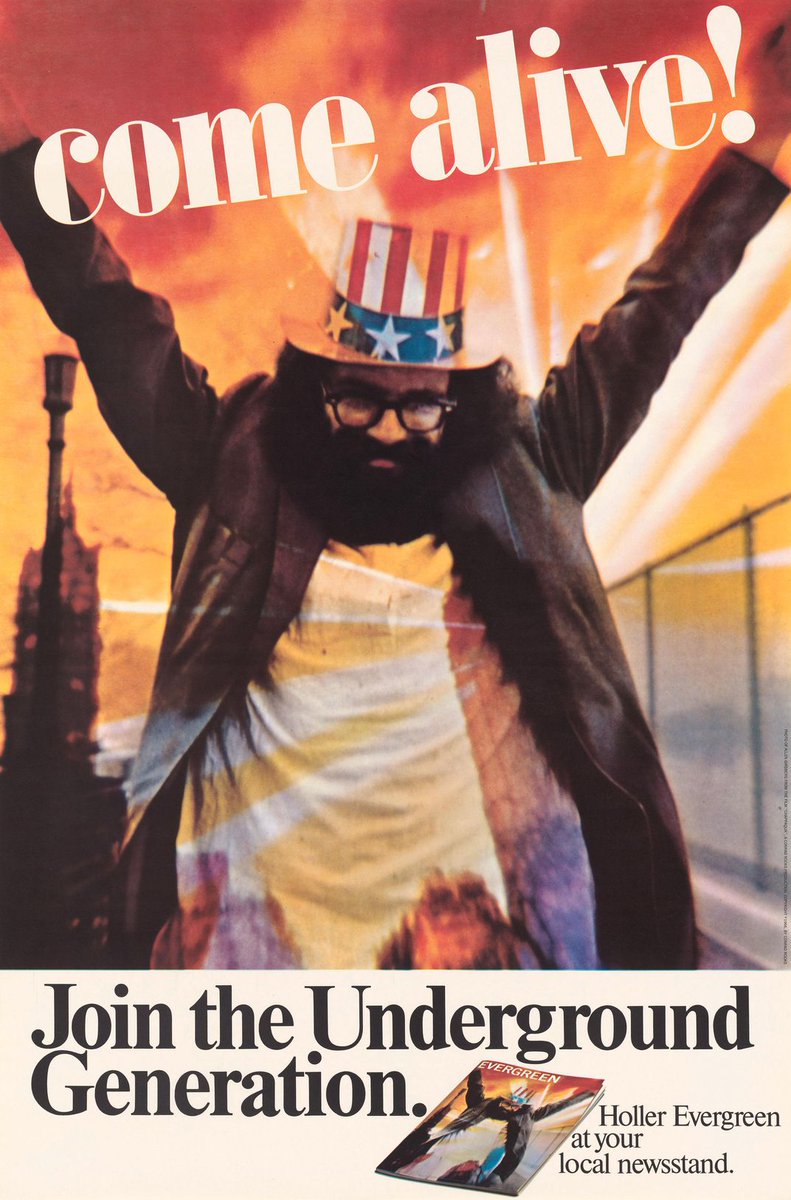 The original Evergreen Review ceased publishing in 1973, though it did return online and in print in the late 1990s. 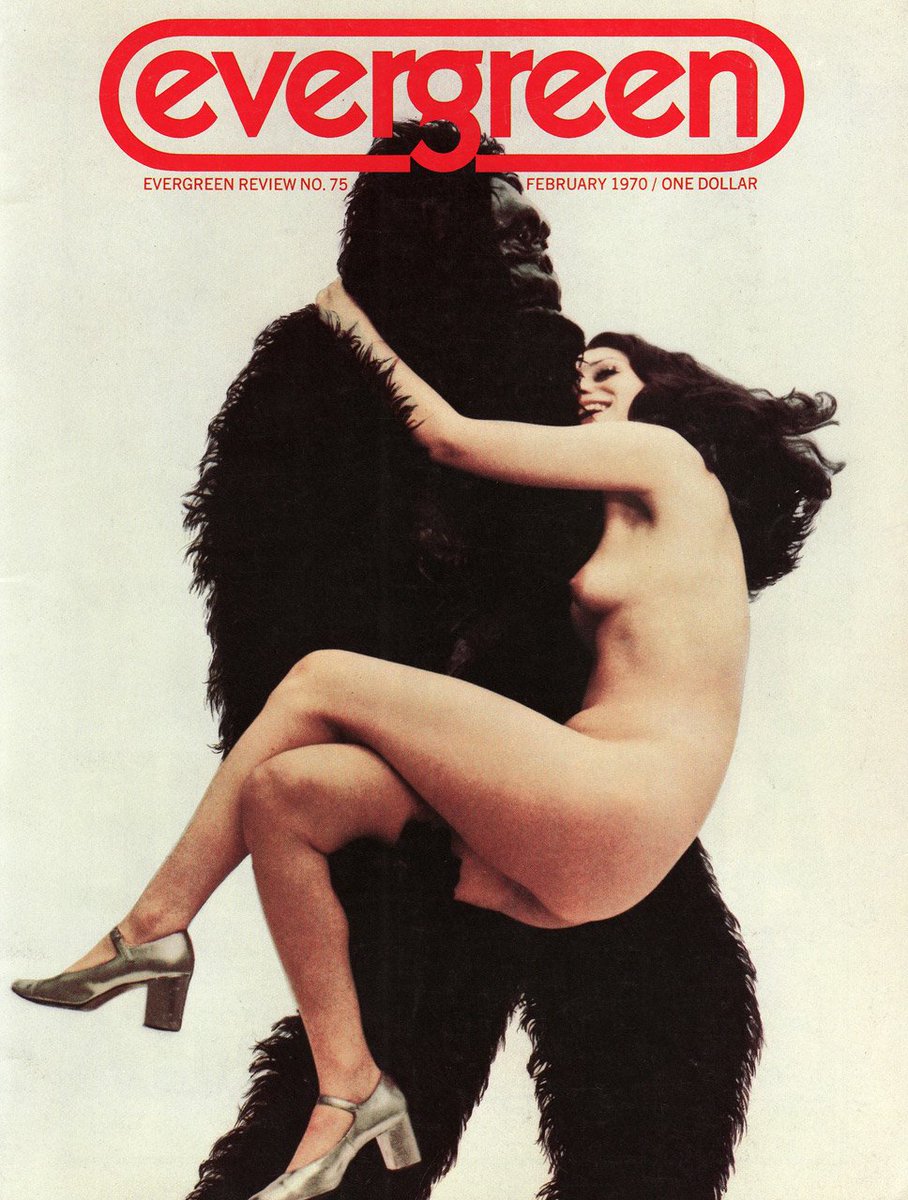 Radical magazines may well have had their day, but Evergreen was certainly one of the most influential. It was very much of its time, but what an interesting time it was!

More stories another day. Peace out y'all... 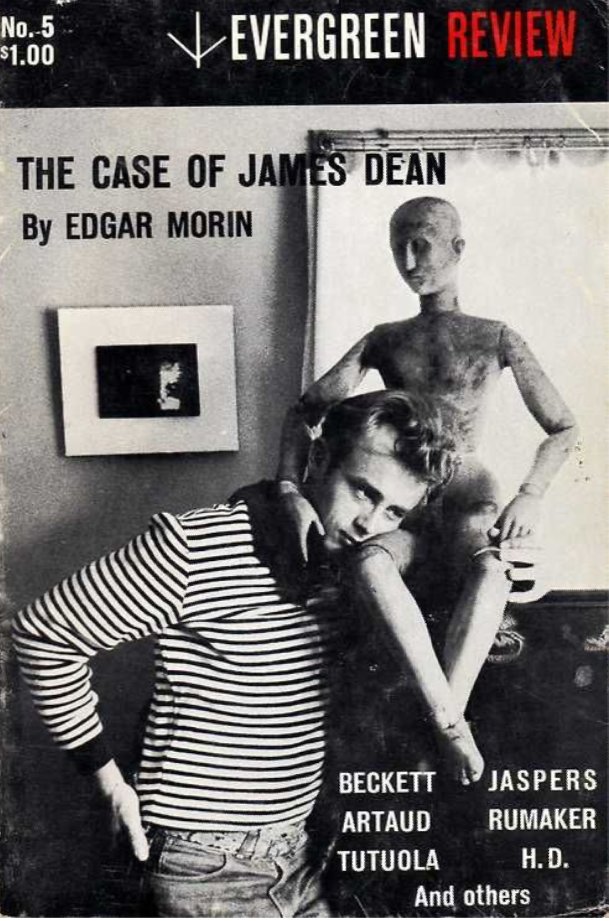