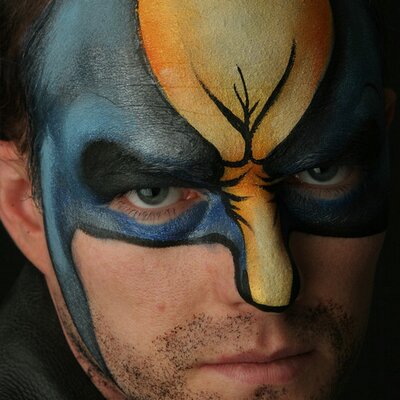 I'm excited to hear about @ARM disrupting laptops and desktops from @Apple next week! But I'd also like to talk about how ARM is disrupting servers in datacenters, especially at @AWSCloud. It's eerily similar, just as profound, and similarly rooted in major @Intel missteps. 1/

By way of background, I'm @AWSCloud's first customer, and I helped invent Internet co-location (aka Internet datacenters) in ~1993, hosting @ebay and more. I also write code regularly. I've been doing this for awhile, and predicting these trends is a mjaor part of my job. 3/

Most importantly, we're using @ARM at large-scale, with production workloads, and have been doing so for years. Graviton2 from @AWSCloud most recently (), but this isn't new for us. We predicted this trend more than 7 years ago. 4/

There are two big bucket topics @stratechery mentions with @ARM on servers. Let's call them "deployment" (cloud services & datacenters) and "development" (coding). Like everything in business, they both boil down to customers, revenue, & profit, but let's tease them apart. 5/

Re: "deployment", this is where things are really interesting. Everyone is aware of how advanced @Apple's ARM chips are, how much value they get from this "tight control of its entire stack", and how they got here (@Intel wouldn't deliver the performance-per-watt needed). 6/

The exact same thing is happening on servers. @Intel has failed to deliver performance-per-dollar (aka per-watt) in a similar way. Out of necessity, companies like @AWSCloud have needed to innovate around this problem. ARM is the solution for them, just like it was for @Apple. 7/

Now, @AWSCloud has been building a tight stack for awhile. It began with custom networking, then extended to custom server hardware with Nitro, and now has moved to the next layer: CPUs. Much like @Apple each layer added to their bespoke stack delivers value & differentiation. 8/

This likely began with a simple ask to @Intel: "We need better perf-per-dollar". And like @Apple a decade earlier, Intel's products in the market the last few years suggest their answer was "No." Which opens up opportunity for @AWSCloud, one they're just beginning to maximize. 9/

What began as driving perf-per-$, now that it has arrived (~40% cheaper!), will again almost certainly mirror @Apple: @AWSCloud will begin adding differentiated value (features you can't get elsewhere) built-in to their own chips given they're now part of their tight stack. 10/

Put another way, the future generation @ARM instances from @AWSCloud will almost certainly not only be cheaper, but empirically better, and different, than their @Intel counterparts in a few generations. Apples-to-apples comparisons across cloud services will be harder. 11/

Not only that, but you won't be *able* to do apples-to-apples comparisons with servers, because these parts won't be available at retail. (Just like @AWSCloud custom switches and Nitro hardware aren't). Cloud services will be definitively *better* than on-premise datacenters. 12/

Note that that's largely a function of scale. The cloud providers (I'm confident @Azure and @GCPcloud will follow suit) drive such significant chip volume (and growing!) that a competitive retail part (and innovation caliber) from others, given lower volumes, is unlikely. 13/

Let's pause for a reminder, dear reader, that this is eerily similar to @Apple and @Intel at the dawn of the iPhone. It's nearly the exact same story, with very similar problems from @Intel, opening up opportunities for those with the scale to tackle them. Ready for more? 14/

The tooling (IDEs, compilers, emulation, containers, virtualization, etc) have gotten so good for developers this is basically a non-starter. Deploying to an ARM server isn't materially harder than deploying to an App Store. It's trivial even at large-scale production. 16/

Which means it's "just" a value problem. If enough developers see enough value in deploying to ARM, they will. Just like with iOS. With up to 40% cost savings (we're seeing ~this in large-scale production today), that's inevitable. Businesses will demand it. 17/

Finally, I owe much of the credit for this insight and a debt of gratitude to James Hamilton for this 2012 blog post which got me off the bench and onto "team @ARM" all those years ago. Even if I was a little too early. Better too early than too late.  https://perspectives.mvdirona.com/2012/10/amd-announces-server-targeted-arm-part/ … /end