Thread of charts and other evidence follows:

1) Most of the numbers we hear on Covid & BAME groups refer to death rates — Covid deaths divided by population — but it’s more useful to think about Covid & minorities in two steps:
• Infection rate (exposure to the virus)
• Case fatality rate (death rate among those infected)

2) There have been many studies on deaths/population rates, but fewer on infection (exposure) rates.

But a recent @QMUL study found that among 1.3m people across four London CCGs, black and South Asian people were much more likely than white people to get infected with Covid.

3) One big factor that leaves minorities over-exposed to the virus is risk from jobs & commuting. BAME groups are more likely to:
• Work in frontline medical roles
• Have jobs that involve face-to-face indoor contact & can’t be done from home
• Commute on public transport 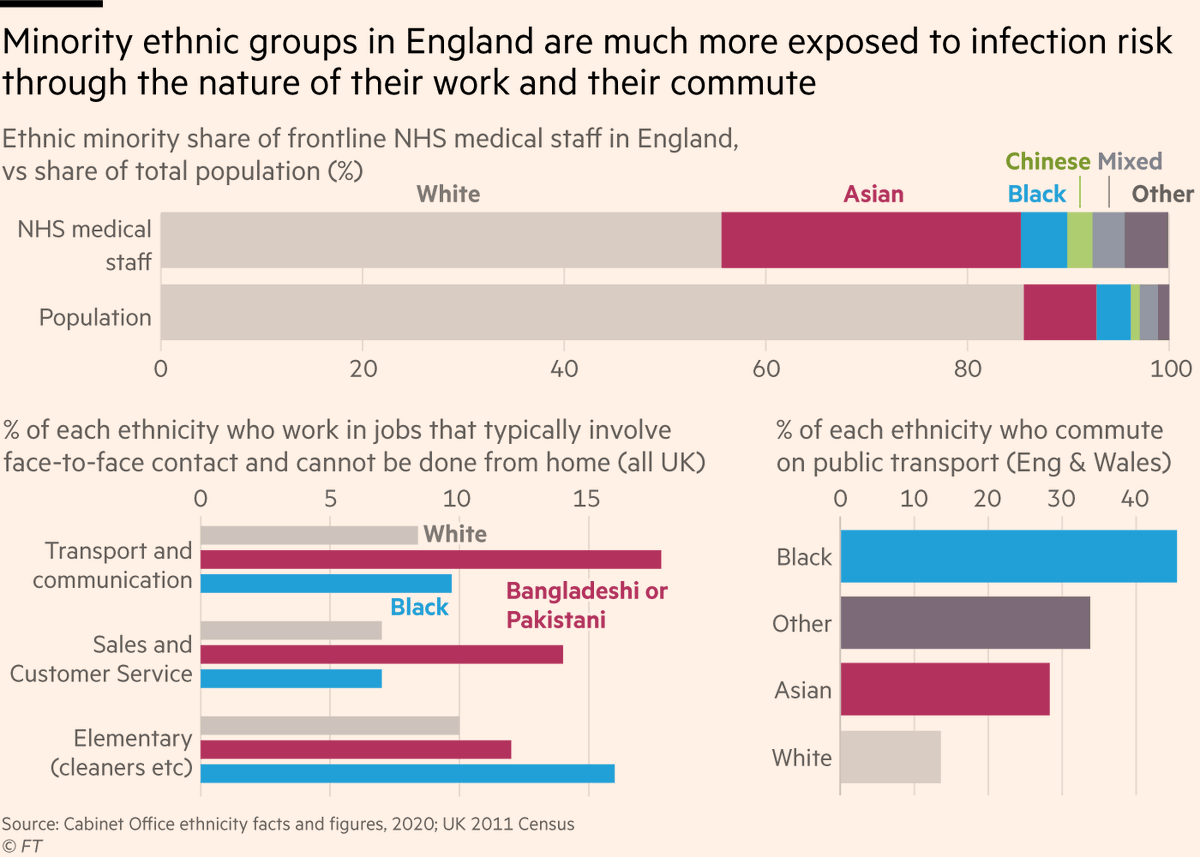 4) And when those occupational risks mean someone from a BAME group becomes infected, additional structural factors make subsequent spread among these communities disproportionately likely. More likely to:
• Live in overcrowded housing
• Live in multi-generational households 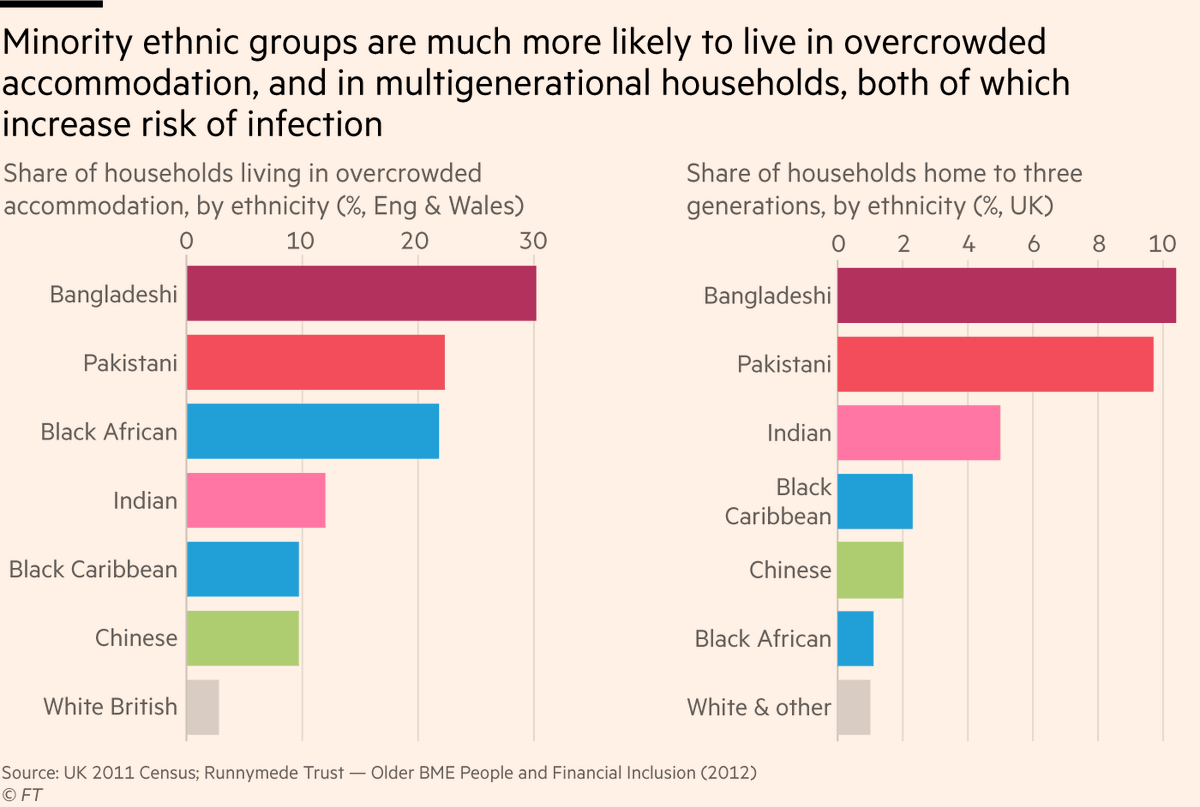 5) So members of minority ethnic groups — particularly black and South Asian — are more exposed to infection risk both at work and at home than their white counterparts, with living arrangements then compounding this by making subsequent spread within households more likely.

6) That addresses some of the over-exposure to infection, but what about case fatality rate?

The main PHE report finds that among those who tested positive for Covid, ethnic minorities have higher fatality rates.

More exposed to getting it, *and* then more likely to die from it 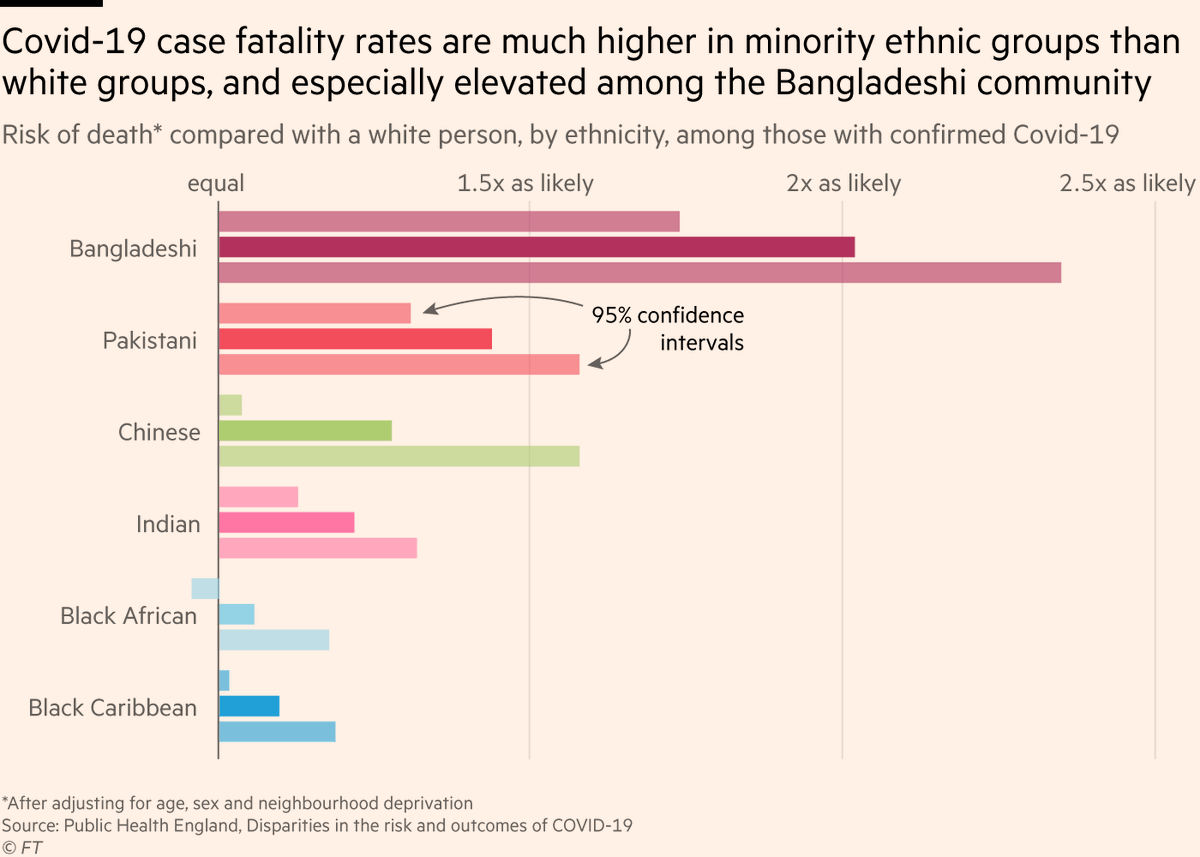 Members of black & South Asian communities are much more likely to have long-term health issues, including diabetes, a known risk factor for Covid 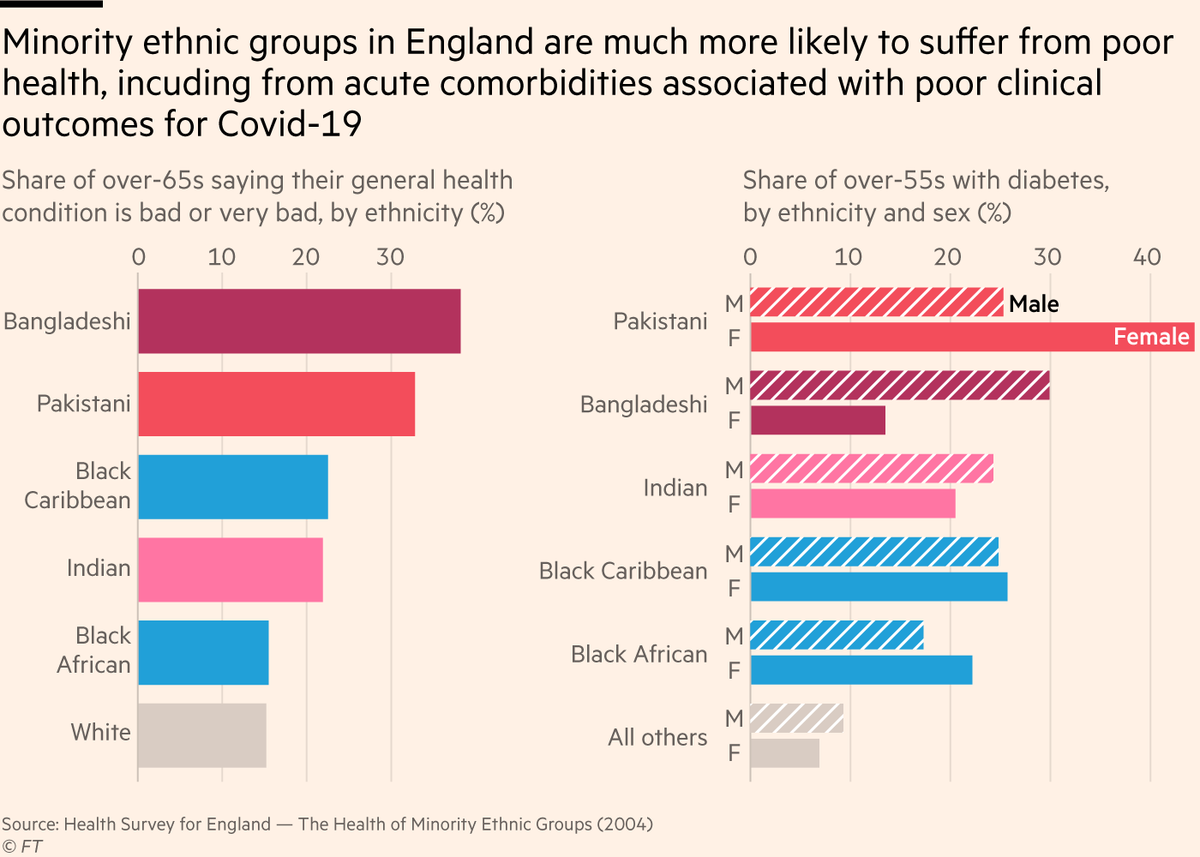 9) ...But the picture is still complicated. 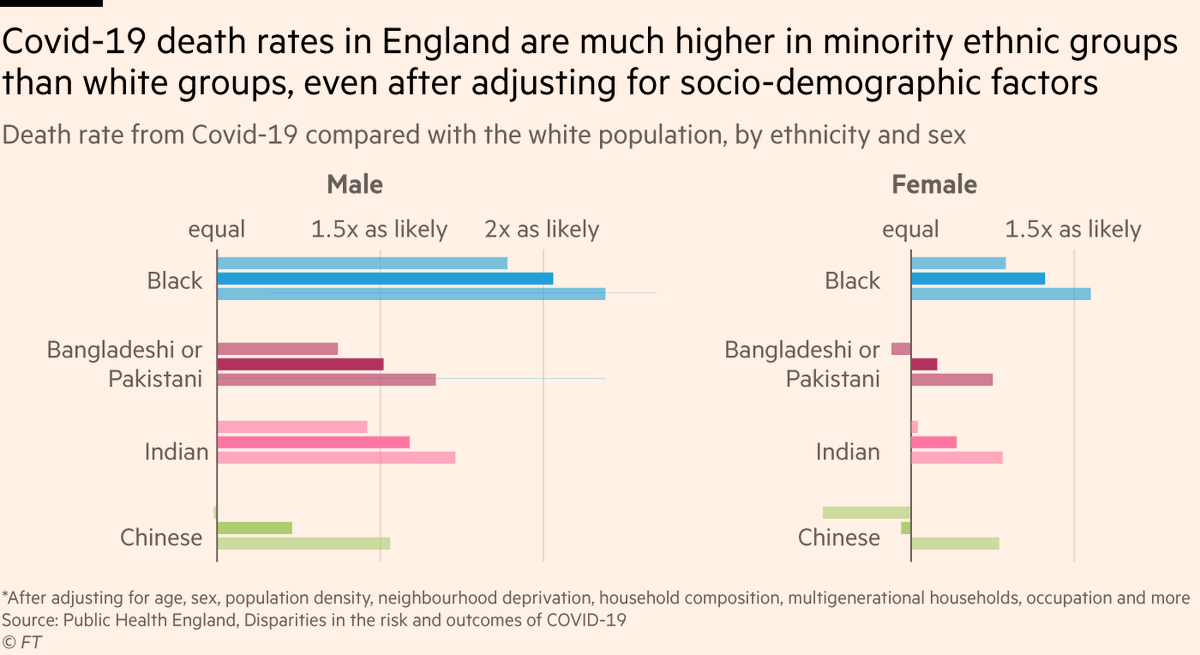 10) However, the ONS figures don’t include any adjustment for serious health problems, and it’s likely these would account for *some* (though not all) of the remaining disparity.

So what else could be happening?

11) PHE’s second, more qualitative report, also lists other issues that could contribute to a higher case fatality rate among some ethnic minority groups:

12) And second, many minority ethnic communities lack trust in UK authorities and health services, making them more reluctant than the white population to seek out treatment for Covid, and to seek it early.

13) Another likely factor is poverty, which is known to be associated with worse health outcomes, and is more prevalent among black and South Asian communities than white ones.

It’s important to note that the differences listed here are not innate to any ethnic group; they are all the results of how different groups experience life in modern Britain.

Or in other words, the role of structural racism in Covid.

15/15 Lastly, all these factors together may still not fully explain all the ethnic differences in infection and case fatality rates.

More research is being done on this, and we should keep an open mind to other factors that may yet emerge.