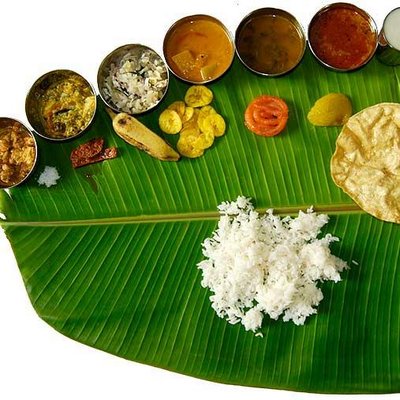 Till Grade 3 my sister and I had studied in a low income Muslim majority school called Piperdiwala English Medium School which was a lovely school (not teaching wise but I have some good memories :)) and my sister and I could speak no English

My mother, who had studied in a Tamil medium school till Grade 7 and struggled with English in her later grades was desperate for us to join a good convent school and learn English and get a decent quality of education

There was only one convent school in Surat which was very famous, supposed to be very good and attended by the daughters of some of the richest diamond merchants and businessmen (of which Surat was full of) and my mother wanted us to study there

Next year, well before admission season began my mother would sit for hours outside the principal (a sister Rosemary, I remember SO distinctly :D) day after day and request the principal to at least interview us.

Day after day she was refused and sent back and said that we didn’t fit the ‘profile’, the fees were too high and that admissions were full. Day after day my mother would go and spend hours waiting outside and trying to convince the clerk and the peon

Finally, the assistant principal (a sister Flavia I think) took pity and asked amma to get us in for an interview. Man, how we were prepped for that interview! Anyhow, we had an oral and written test and an interview with the principal and my mother was asked to come the next day

We had got in! Wonder of wonders, my sister and I had done well on the test and interview and we could join next year BUT the next problem was the fees. It was high and not something our family could afford on a single person’s salary

It was around that time that the school was looking for a science teacher for Grades 4-7 and my mother who was a Bsc Chemistry, B.Ed applied and a teacher before we were born, applied for the job and was interviewed

She got the job and said that if the school allowed us to study for a year on reduced/minimal fees then she would work for free! (I know! Women! No man would have said such a thing)

Of course it was a fantastic deal for the school. They were getting two AMAZING students (cough cough!) AND a great teacher practically for free. They said yes and the coming academic year all three of us joined the school.

It was a fucking hard year. My classmates’ parents were diamond merchants and had many cars. Appa had a cycle and we used to take the bus to school with amma. We weren’t ridiculed or bullied (because in Guj we were fucking smart) but we were constantly reminded that we were poor.

Also, we had to work bloody hard because we had to prove that we were ‘worthy’ of being in that school and that the principal had taken the right decision. In hindsight I don’t know why I had to go to that snooty school BUT my English improved dramatically

There was an excellent library close by and my sister and I became voracious readers. We had very good teachers who made us love learning and the different subjects. Actually, in hindsight, Lourdes Convent was a defining moment in my life

We did very well that year and came first in our classes, were asked to stay on with a scholarship of sorts and my mother started getting paid as a teacher and slowly we made friends and though we didn't fit in, we at least didn't stand out

I tell this story not to talk about how poor we were and how well we studied but how privileged we were to have a mother who was educated and for whom education mattered so much that she decided to work for free so her kids could get a good education.

We were financially lower middle class but socially we were upper caste with two well educated parents for whom education was everything. I know I am where I am today only because of my social status and education and studying well mattered so much to amma

For millions of children in India today, good quality education is not even an option. And in the times of COVID while their richer counterparts have ipads and laptops and other devices, poorer kids are falling behind exponentially and may never catch up

Plus if you are lower caste AND lower class, you might as well say goodbye to getting any kind of decent quality of education or hoping that the education you eventually do receive will be at all useful.

Kids need champions, people who will support and defend them. My mother was our biggest champion but with uneducated and unemployed parents millions of kids in India have no champions, no one who will push and encourage them to be their best and do their best

Education fucking matters. Degrees matter. College matters. A good job matters. It matters more if you have no social or financial backing. My life path is different because I had a mother who was my champion and who pushed me.

As parents of course you're going to be champions for ur kids but really try and be champions for the right to education to every child in India. Millions of kids are just waiting for an adult who will say 'you focus on getting good quality education kid, I'll manage the rest'

Please watch my favorite TED talk by Rita Pearson about how Kids need champions. In these uncertain times, children need us more than ever and need us to help them fight for their basic right to quality education