Reminder: What makes US criminal justice exceptional isn't cops per capita, or police spending. It's guns and prisons.

"The US is an outlier in incarceration rates, with sentence lengths that are roughly 5X longer than the international average." 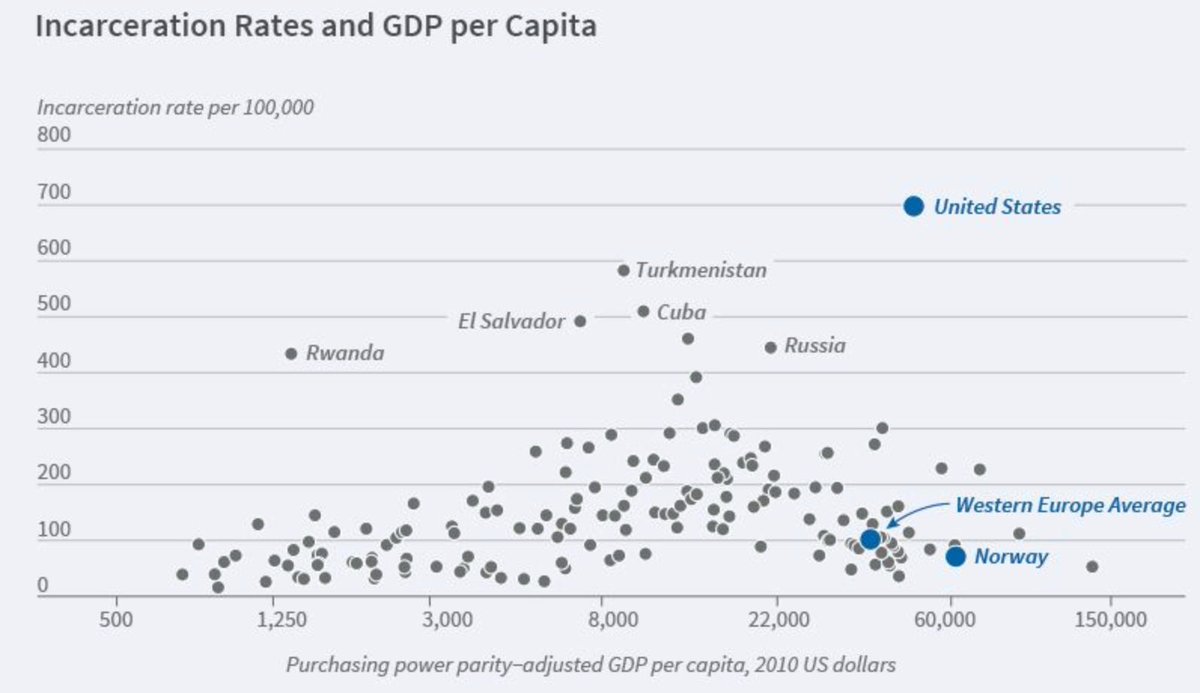 "In Norway, avg time spent in prison is a little over 6 months, similar to most other Western European countries.

This contrasts with avg US prison time of almost 3 years, which is in large part the reason the United States is an outlier in its incarceration rate."

That Norway figure is not adjusted for severity of crime.

But you know what guarantees that modal criminal activity is maximally severe? 400 million guns in circulation guarantees it.