The UK government’s published numbers of new cases at local authority level only include pillar 1 and *not* pillar 2 cases, meaning as many as 90% of new cases are missing from the data

There’s a lot of concern about an uptick in infections in Leicester over the last few days, with the city now going back into lockdown, but here’s what you see if you look at the government’s published data on new cases in Leicester  https://coronavirus.data.gov.uk/ 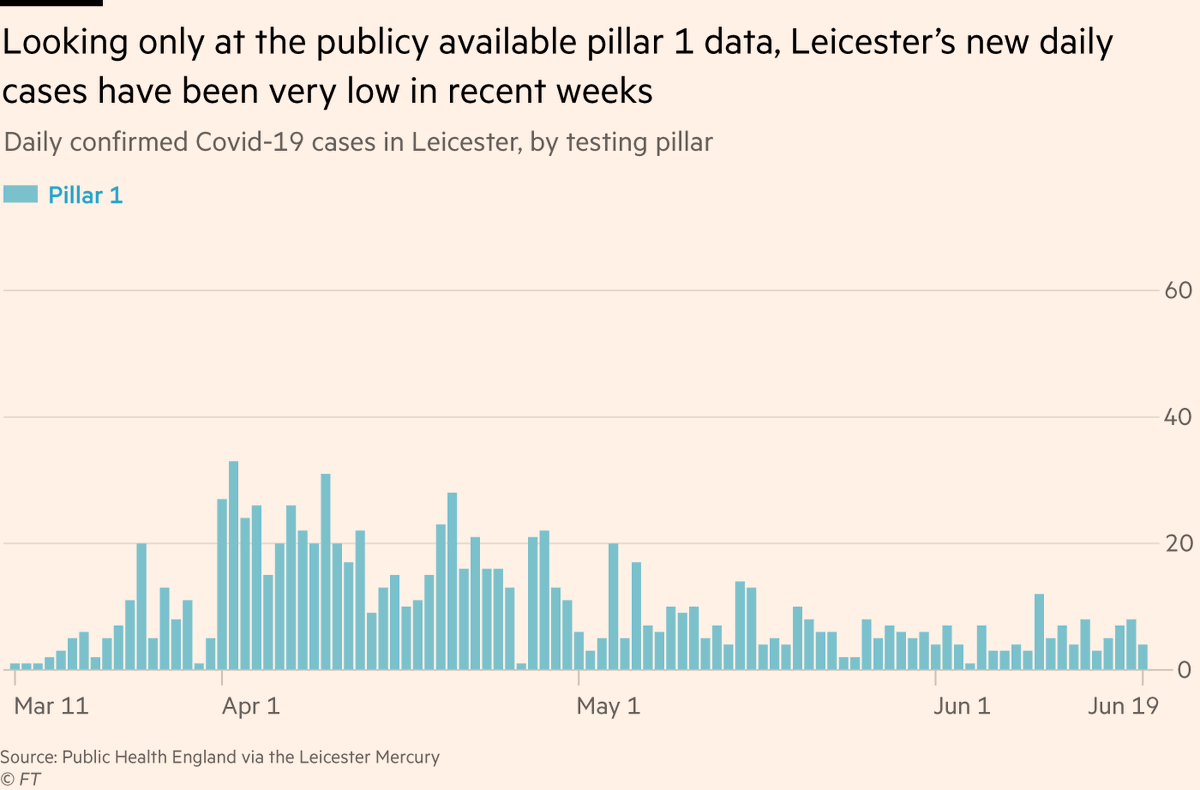 But the govt is sitting on a much more complete dataset including pillar 2, which tells a completely different story

More than 90% of new cases in Leicester are now under pillar 2, yet these numbers are not public. If you’re a local biz owner in Leicester, you only see the blue. 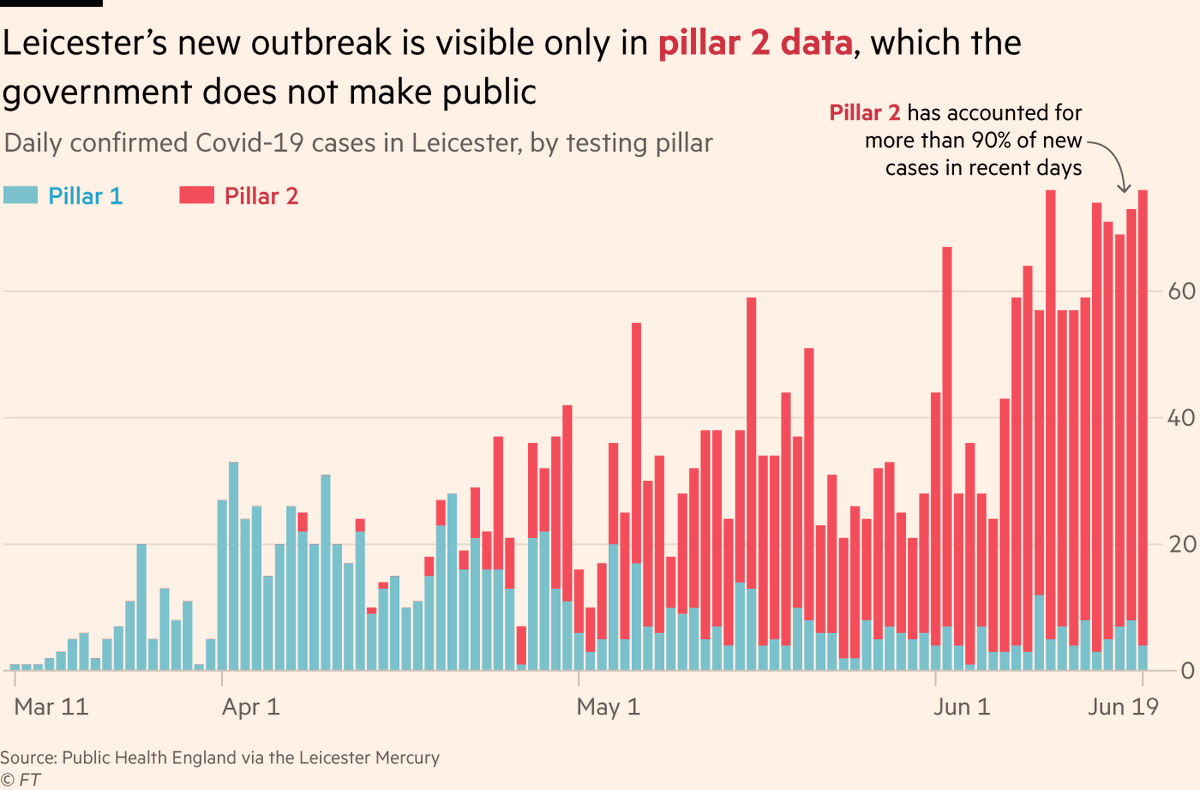 This is a growing issue, with pillar 2 tests catching an ever larger share of new cases.

Two months ago, most cases were found under pillar 1, so not publishing pillar 2 wasn’t a huge deal. Today, pillar 2 is >80% of new cases, i.e the public is being shown only 17% of new cases 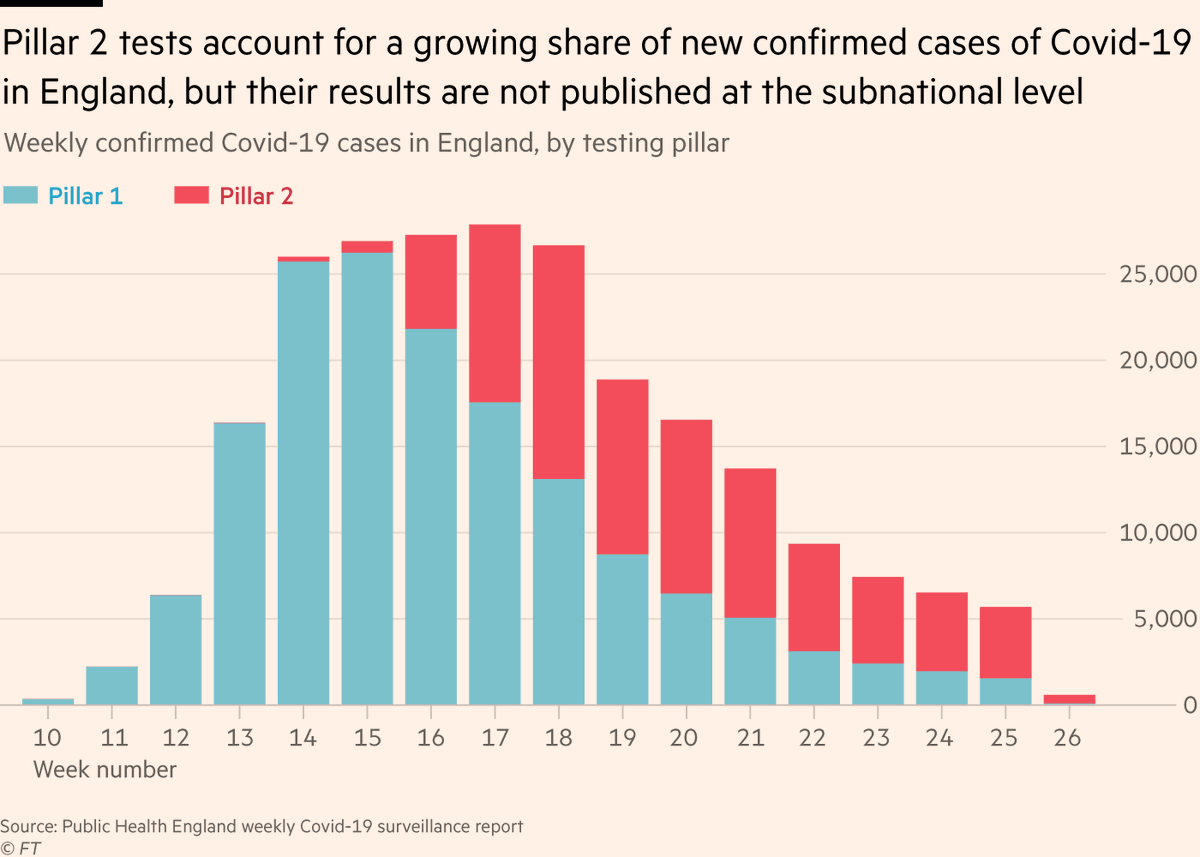 It’s a particularly big problem in the East Midlands and in Yorks & The Humber, where pillar 2 accounts for the highest share of new tests and cases.

The public, MPs and councils in these areas are only seeing a tiny share of new cases, risking being blindsided by a second wave. 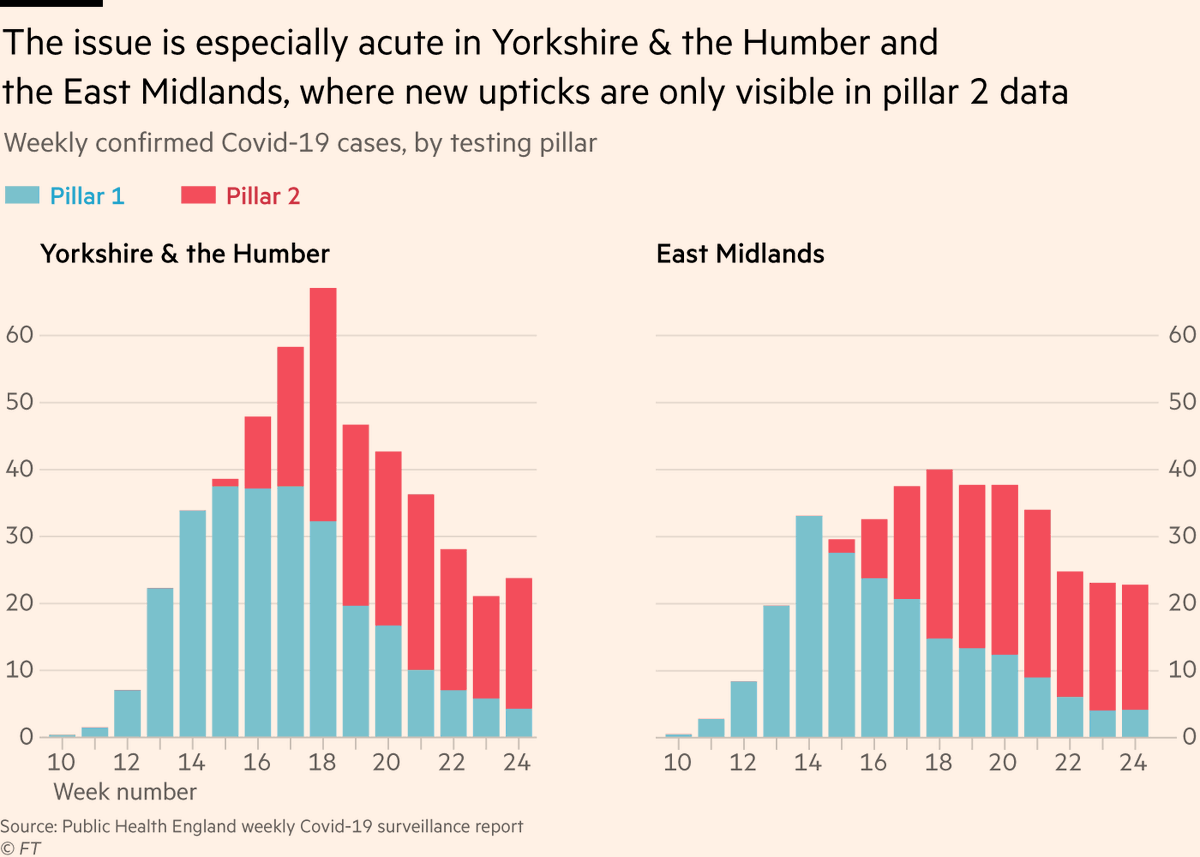 To reiterate, the government’s own local authority cases dashboard shows woefully incomplete data, amounting to less than 5% of new cases in some areas  https://coronavirus.data.gov.uk/

This is not flagged anywhere on the page.

You have to go to a separate page to see it buried in the notes, and even there the extent of the undercount is not stated, nor are its implications  https://coronavirus.data.gov.uk/about

Several websites have built tools to help people see how many new infections are in their area, and they all use this junk data.

I don’t blame these websites, I blame the publication of data that is incomplete to the point of being unusable, with caveats buried on another page.

Full pillar 1+2 data is being shared w/ local public health bodies, so some health officials know what’s going on in different bits of the country, but this data is not shared with local councils, mayors, MPs, who’ve had to ask for it & wait weeks. Useless in fast-moving pandemic

The rest of the public, whether it’s school governors, local business owners or journalists writing about the presence or absence of new outbreaks, are being fed data that is ultimately garbage, and the people publishing that data know it.