I am happy to report that, thanks to your retweets, the Sydney Morning Herald has agreed to a recorded interview, and The Guardian has been forced to publish an embarrassingly lame hit piece

Please retweet this to expose their bullying, cowardly behavior

Here you can see that, after I called out @npomalley and his supervising editors on Twitter, he sent me an email agreeing to record an interview.

I have repeatedly offered him a copy of Apocalypse Never to read in advance, and did so again, in my reply, which is attached. 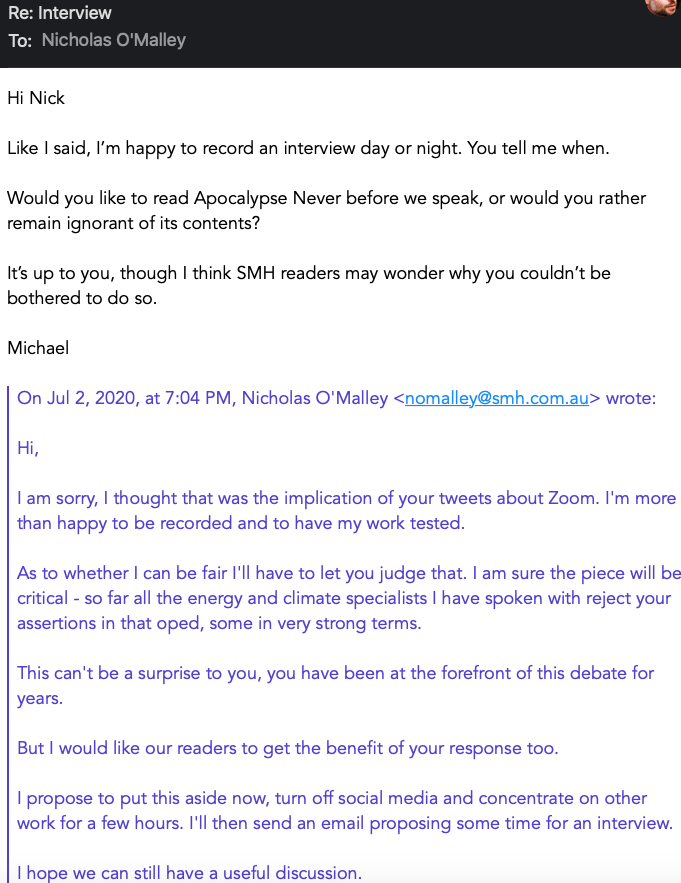 Even though he said he would email me a few hours after sending his email, I have not heard back from him, over 24 hours later. However, it is Saturday in Australia, so perhaps he is just taking the weekend off.