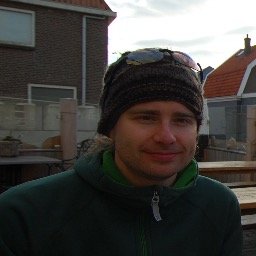 1. Since there was a huge discussion about T-cell mediated immunity following the Lancet comment on seroprevalence by @EckerleIsabella and me, I'd like to share my thoughts on this in the following thread:

2. There are 2 different points that are discussed at the moment:
First, there are some studies, i.e.  http://tinyurl.com/y8zzf8tw , that show a cross-reactive T-cell response in sample taken before the pandemic, due to previous infection with common cold coronaviruses.

3. While I do trust these studies, as the authors pointed out themselves, it is in my opinion quite unclear what this cross-reactive T-cell response means in terms of protection. We know that despite having this specific T-cell response against common cold CoVs, we do

4. get regularly infected by them (every couple of years). So it obviously does not prevent infection in the upper respiratory tract and also not transmission of the common cold CoVs, otherwise they should have died out long time ago. Therefore, I think it is save to assume that

6. Yet, as of today we do not know whether this is true or not and we need to investigate it further.
Second, it has been descriped that people exposed to SARS-CoV-2 only mount a T-cell response but do not produce any antibodies. From this, some people like to conclude that

7. seroprevalence rates are vastly underestimating the true exposure rate and that we are closer to herd immunity that we think. While I do believe that these patients exist, I don't think that they comprise a large proportion that dramatically changes the exposure rate.

8. In a recent paper from us,  http://tinyurl.com/yb9388be  we found only 1 out of 44 mild (outpatient) cases after 21 days post onset that did not mount an antibody response. And all asymptomatic patients in another study  http://tinyurl.com/y9f39twv  mounted neutralizing antibodies.

9. These findings indicate, that we do not miss many exposed individuals in the current seroprevalence studies. In conclusion, I think we should not fall back into wishful thinking that an underestimated T-cell immunity will resolve this pandemic.

10. In the absence of more data on the potential effect of cross-reactive T-cells on the severity of COVID-19, it is dangerous to lower our guard and loose certain measures such as wearing masks and social distancing.