I have formally requested an investigation by CEO Mark Zuckerberg

An organization calling itself @ClimateFeedback is misrepresenting the science examining climate change’s impact, or lack thereof, on natural disasters, and other major questions, including species extinction. 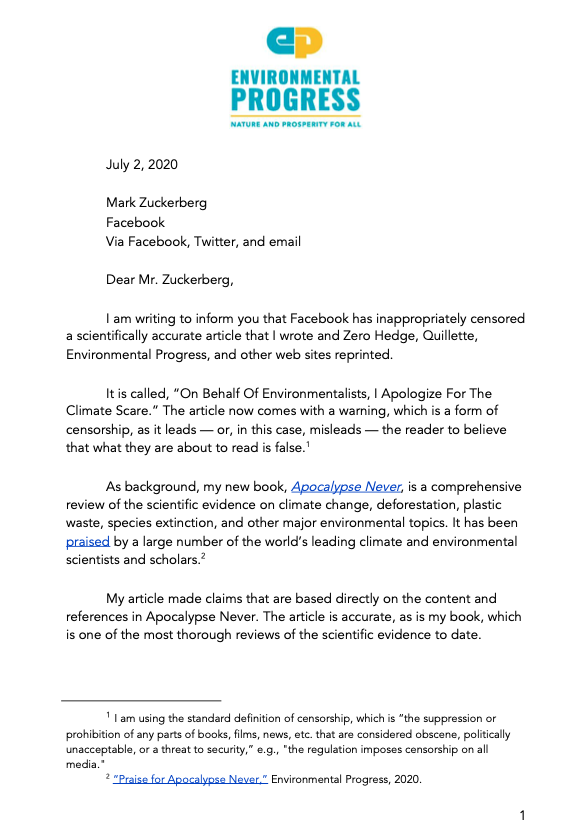 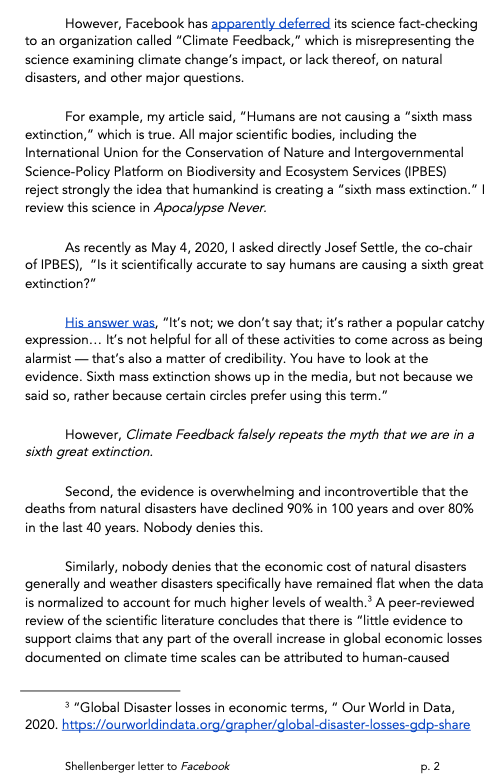 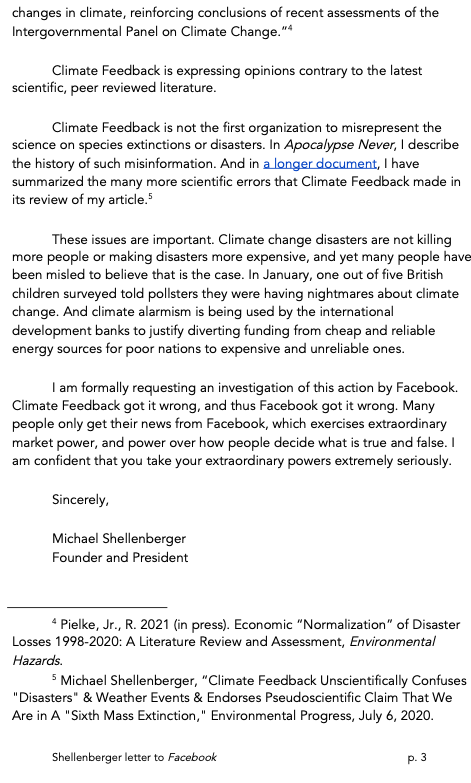 My article said, “Humans are not causing a “sixth mass extinction.” My claim is true.

All major scientific bodies, including the International Union for the Conservation of Nature and Intergovernmental Science-Policy Platform on Biodiversity and Ecosystem Services (IPBES) agree

On May 4, 2020, I asked directly Josef Settle, the co-chair of IPBES, “Is it scientifically accurate to say humans are causing a sixth great extinction?”

His answer was, “It’s not; we don’t say that..o you have to look at the evidence”

However, Climate Feedback *falsely repeats the myth that we are in a sixth great extinction.*

Second, the evidence is overwhelming and incontrovertible that the deaths from natural disasters have declined 90% in 100 years and over 80% in the last 40 years. Nobody denies this.

Similarly, nobody denies that the economic cost of natural disasters generally and weather disasters specifically have remained flat when the data is normalized to account for much higher levels of wealth.

Similarly, nobody denies that the economic cost of natural disasters generally and weather disasters specifically have remained flat when the data is normalized to account for much higher levels of wealth.

A peer-reviewed review of the science finds that there is “little evidence to support claims that any part of the overall increase in global economic losses documented on climate time scales can be attributed to human-caused changes in climate, reinforcing conclusions of IPCC ”

Climate Feedback is not the first organization to misrepresent the science on species extinctions or disasters. In Apocalypse Never, I describe the history of such misinformation.

These issues are important.

Climate change disasters are not killing more people or making disasters more expensive, and yet many people have been misled to believe that is the case.

In January, one out of five British children surveyed told pollsters they were having nightmares about climate change.

And climate alarmism is being used by the international development banks to justify diverting funding from cheap and reliable energy sources for poor nations to expensive and unreliable ones.

Many people only get their news from Facebook, which exercises extraordinary market power, and power over how people decide what is true and false.