Robert Mueller has taken extraordinary step of writing this extraordinary article about Roger Stone. At the heart of it are the lies Stone told about Wikileaks in summer 2016. Can we talk for a moment about who else Roger Stone was in contact with then?
https://www.washingtonpost.com/opinions/2020/07/11/mueller-stone-oped/ …

In July 2016, Farage had dinner with Roger Stone days before Wikileaks released DNC leaks. His spokesman told @motherjones the meeting happened by 'chance'. The filmmakers of excellent 'Get Me Roger Stone' told @observeruk that this was not the case. The meeting was pre-arranged

Why did Farage claim the meeting was accidental? Why did he refuse to answer qs on it. The subject is dead & buried here. And in the US, Trump has intervened to free Stone in a stunning breach of rule of law. Facts are still facts though.
cc @dandoesdocs 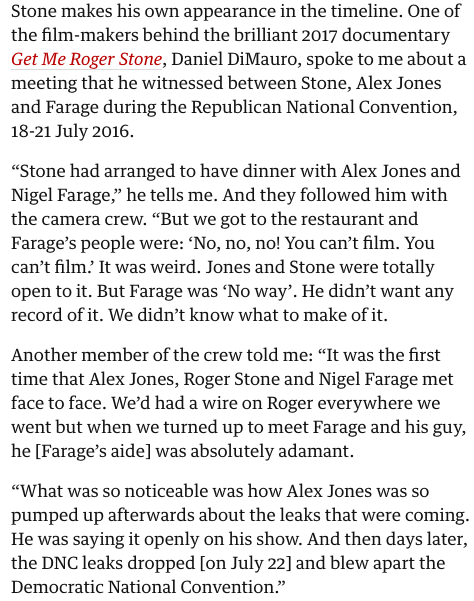 A day later, Farage's aide - in charge of fundraising - was arrested by his side at Chicago airport on 21 counts of money laundering, fraud, extortion etc. Last year, he re-emerged as the acting treasurer of the Brexit Party. All totally normal. And absolutely nothing to see here 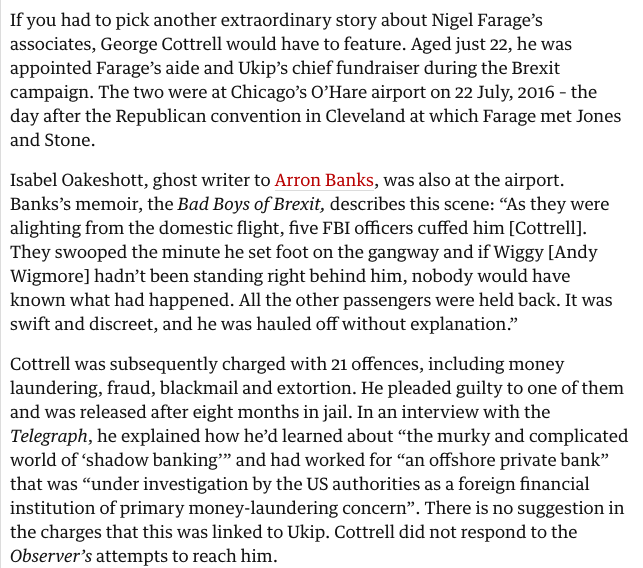