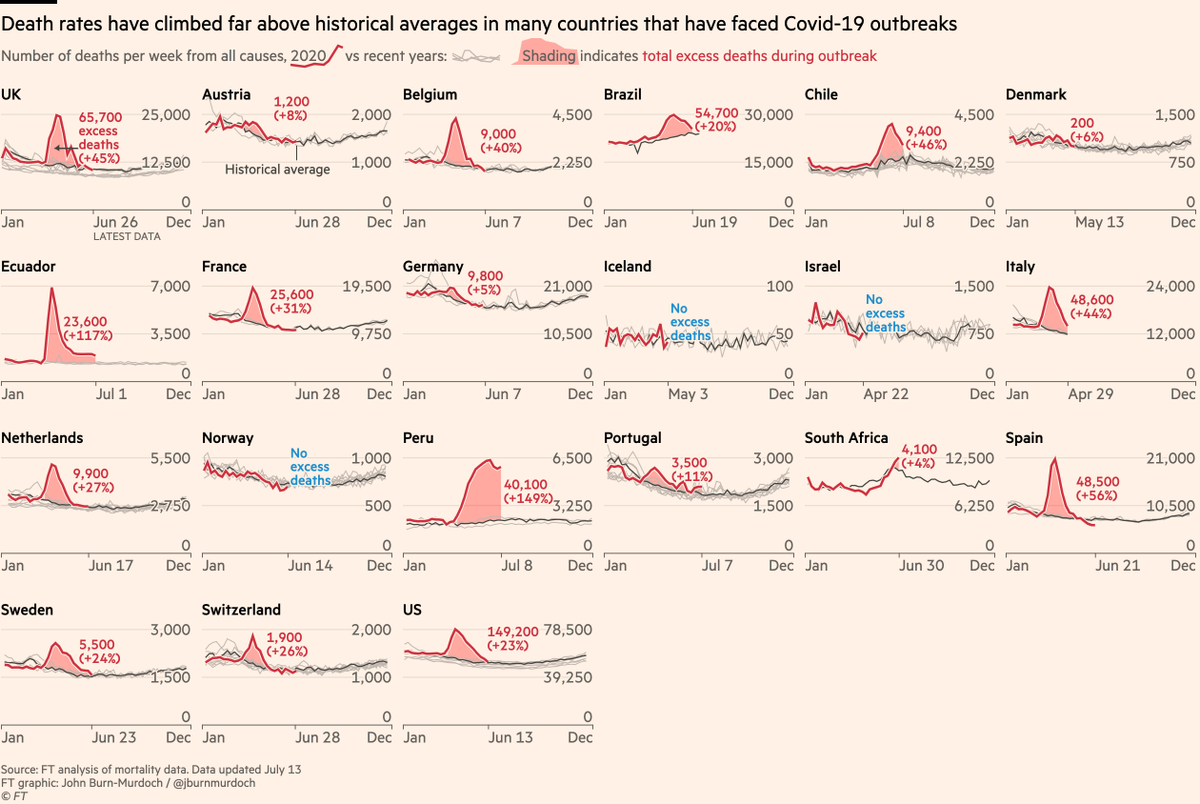 Peru & Ecuador among the worst on most metrics, UK & Spain also very hard hit. US has passed France for excess death rate, and still rising. 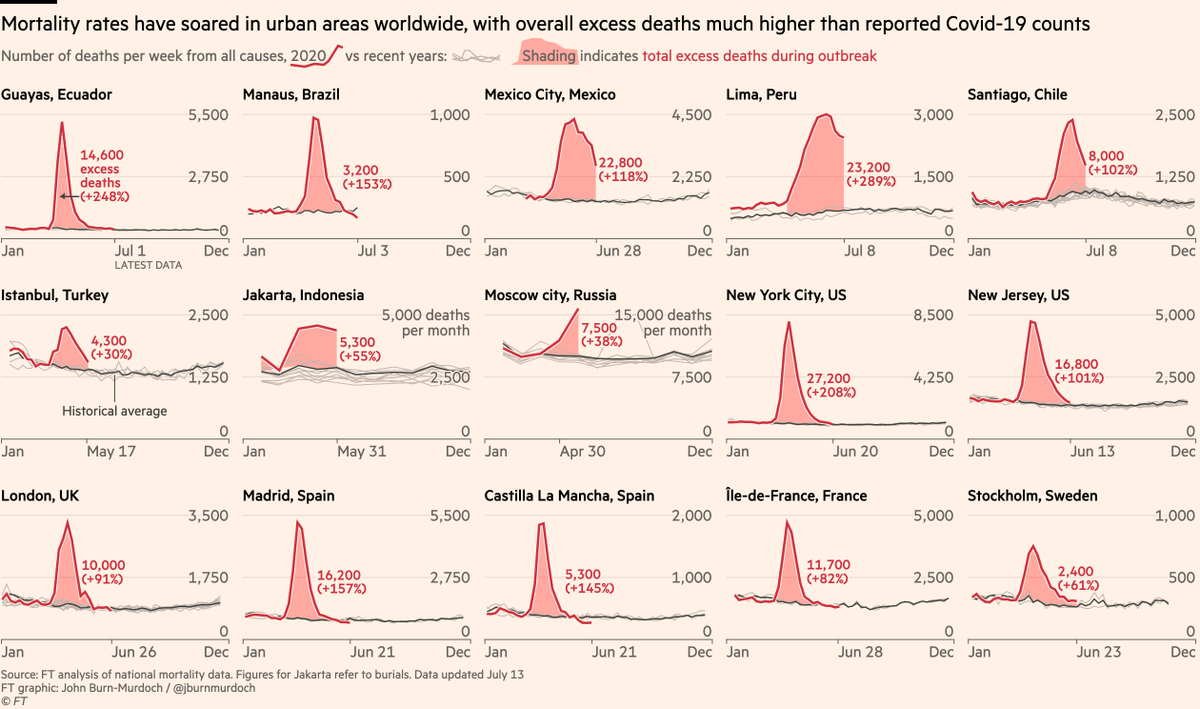 Overall across the 24 countries where we have excess mortality data, we find 546,000 excess deaths during outbreaks.

This is 60% higher than the number of Covid deaths reported in these countries at the time.

You can freely access all our raw data here:

We’ve added data for 3 more US states, bringing us up to 48 in total.

Only 3 of the 48 are yet to record any excess deaths, showing how widespread the US epidemic is, and with cases accelerating across the south and west we may go on to see our first double peaks. 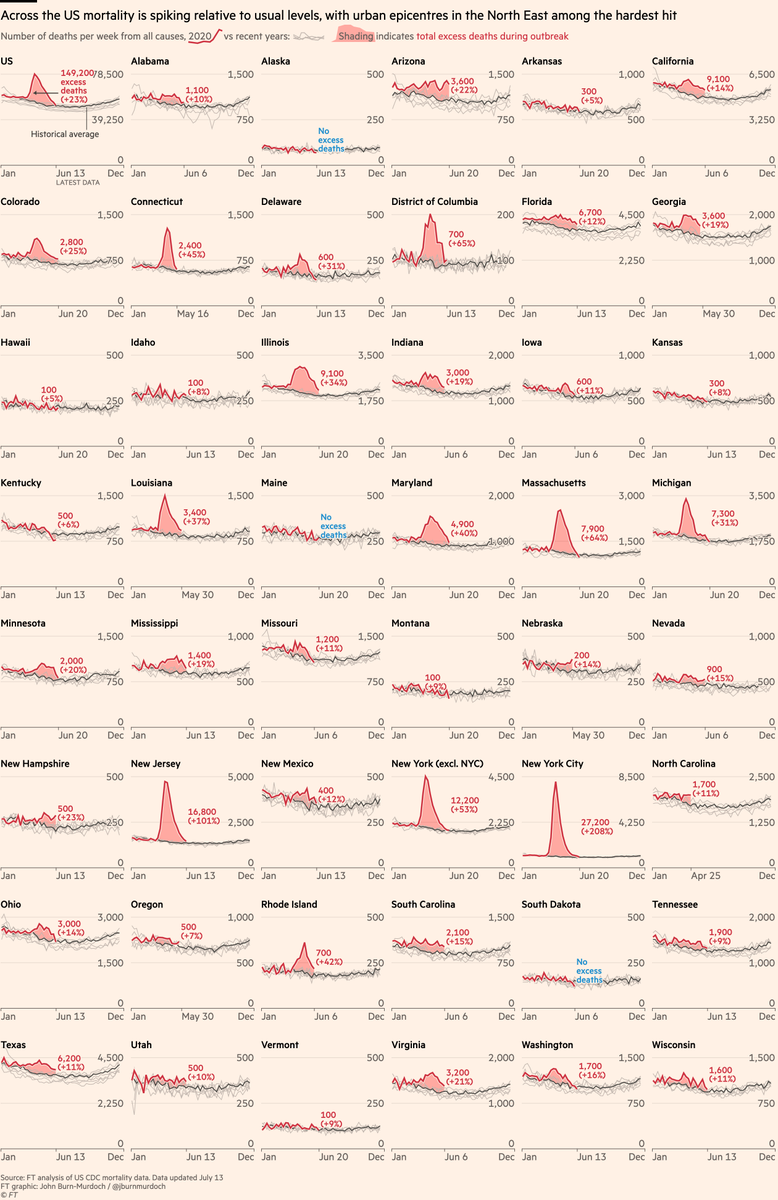 So far, of countries where we have full subnational data, only the UK has seen similarly widespread excess mortality.

Both countries’ governments were slow to act in the early days of their outbreak, and spent the next three months counting the cost of that delayed action. 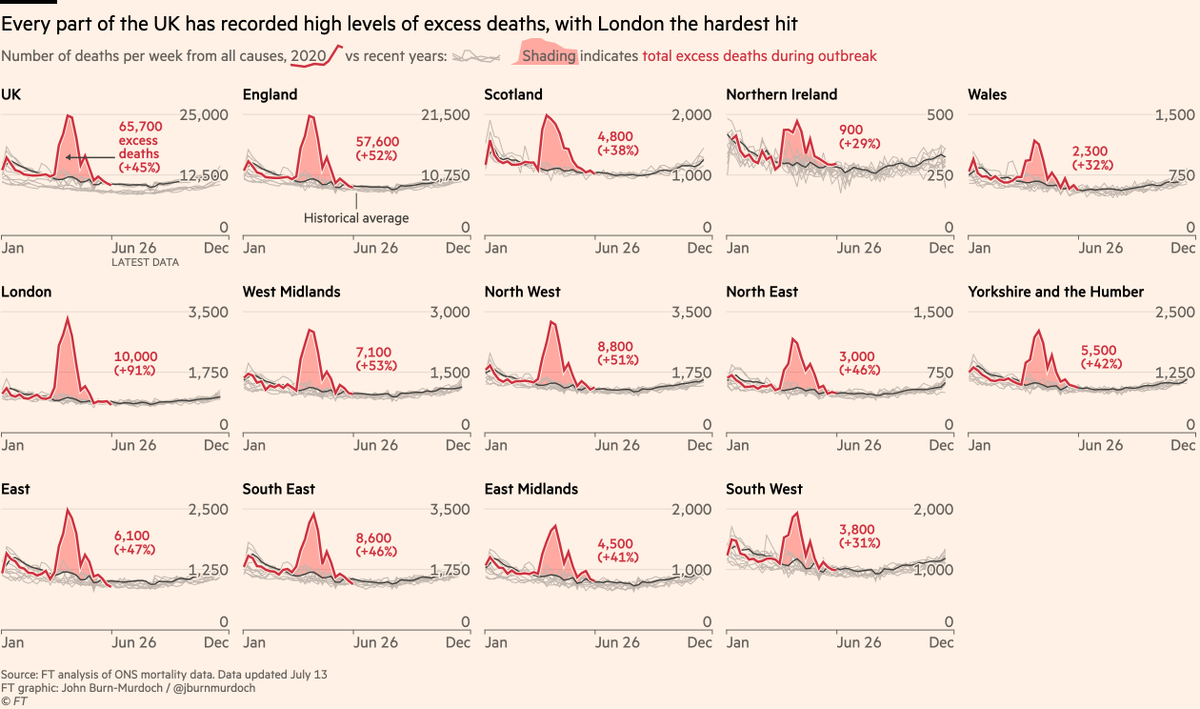 Spain and Italy both lost tens of thousands of lives, but each contained their outbreak in fewer regions, limiting the loss of life. 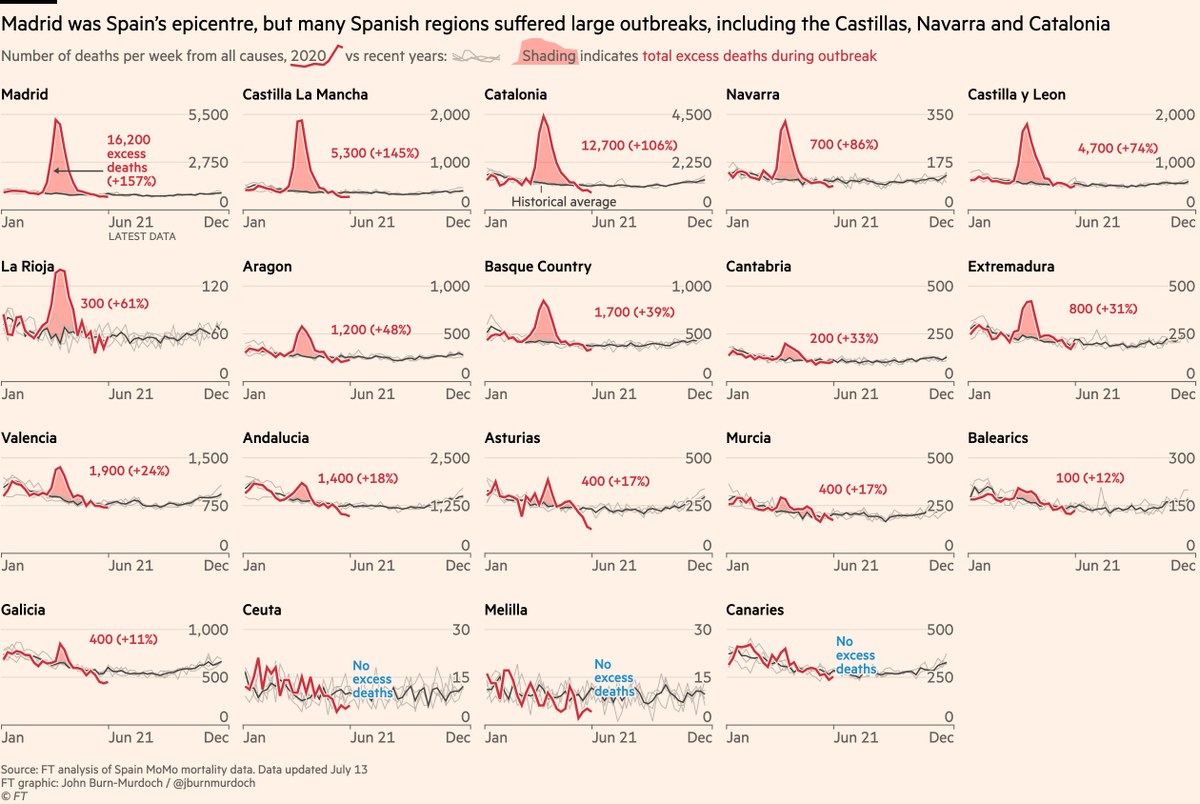 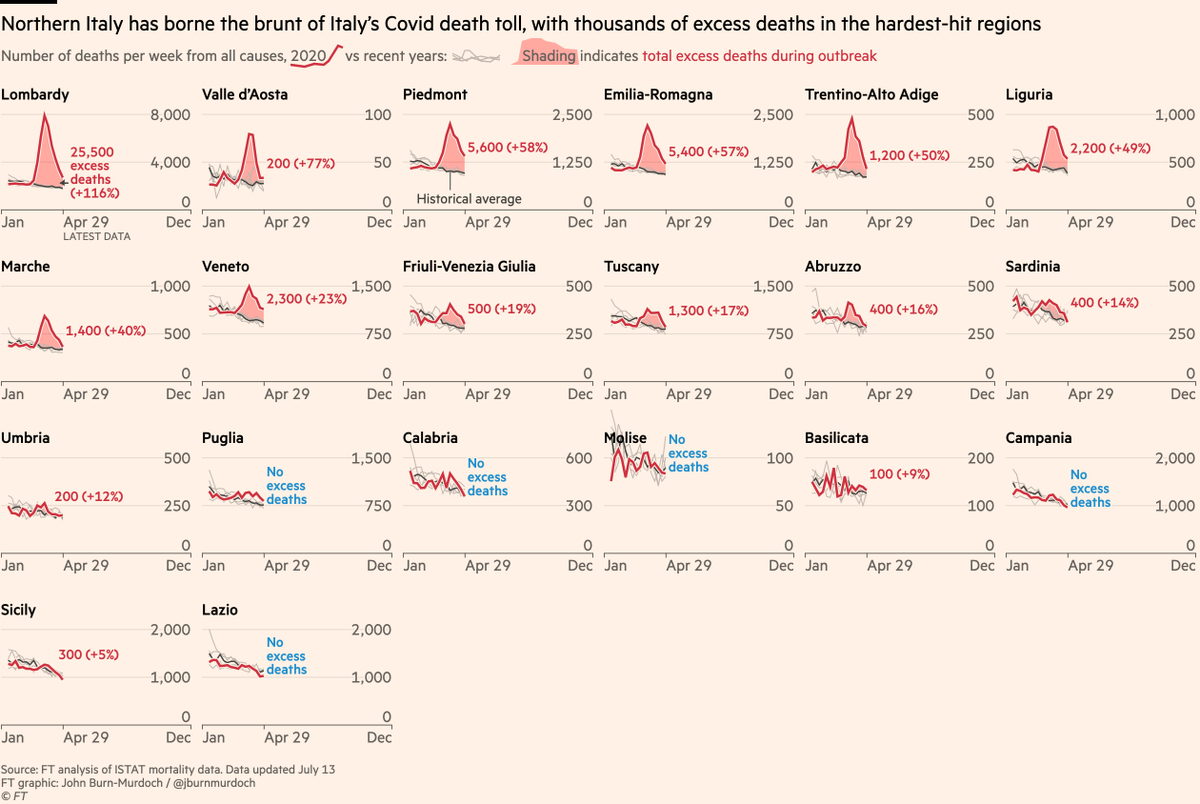 Adjusted for population, France has seen less than half the excess death toll of the UK, Spain and Italy, and its excess mortality was also much less widespread than the outbreaks of the UK and US. 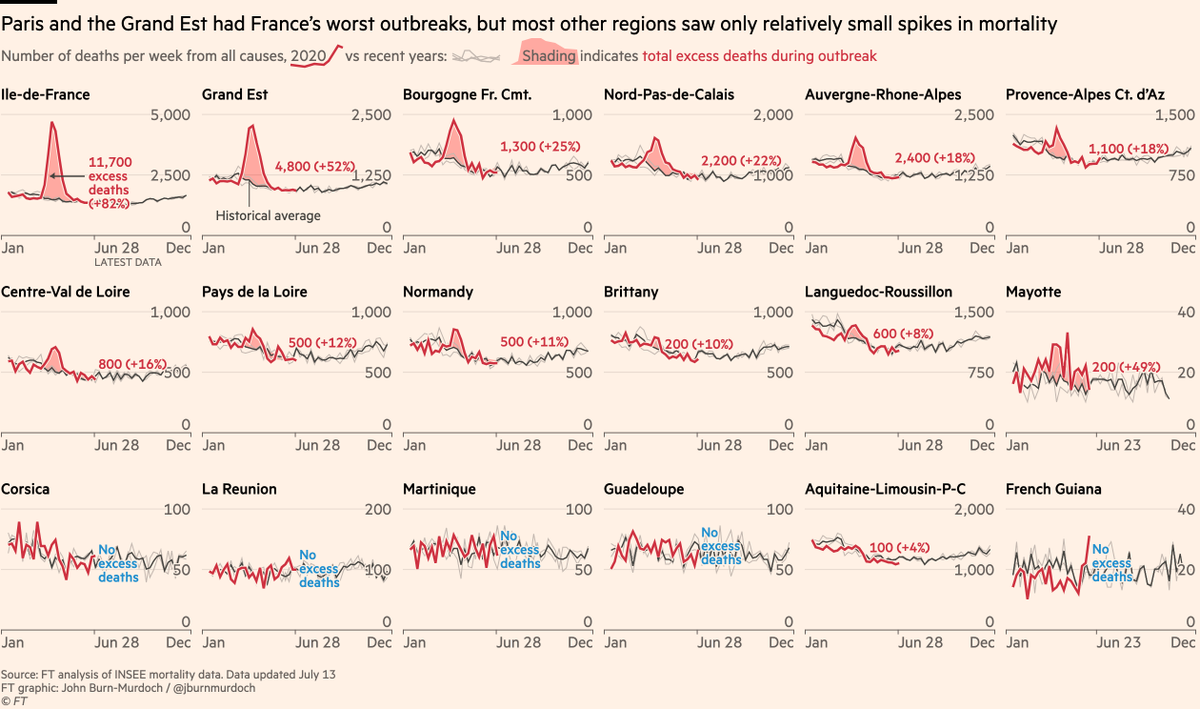 Ideally daily, weekly or monthly data, for multiple years including 2020. Can be for 1 town or city, not just nationally

Finally, please point us to high quality data on cases & deaths in Africa (we already have Johns Hopkins, ECDC, ACDC)

There’s a danger the scale of Africa’s pandemic is being under-reported due to shortages of both testing & data, risking the continent’s plight being overlooked.