Where we are now: at this point, it will be almost impossible for Trump to win reelection legitimately. It's quite possible, however, that he will try to steal the election. And if you don't think that can happen, you're not paying attention 1/

On the legitimate election: Trump staked everything on ignoring the virus and reopening the economy. He lost. The virus is running wild, especially in the states that were Trumpiest in their policies 2/ 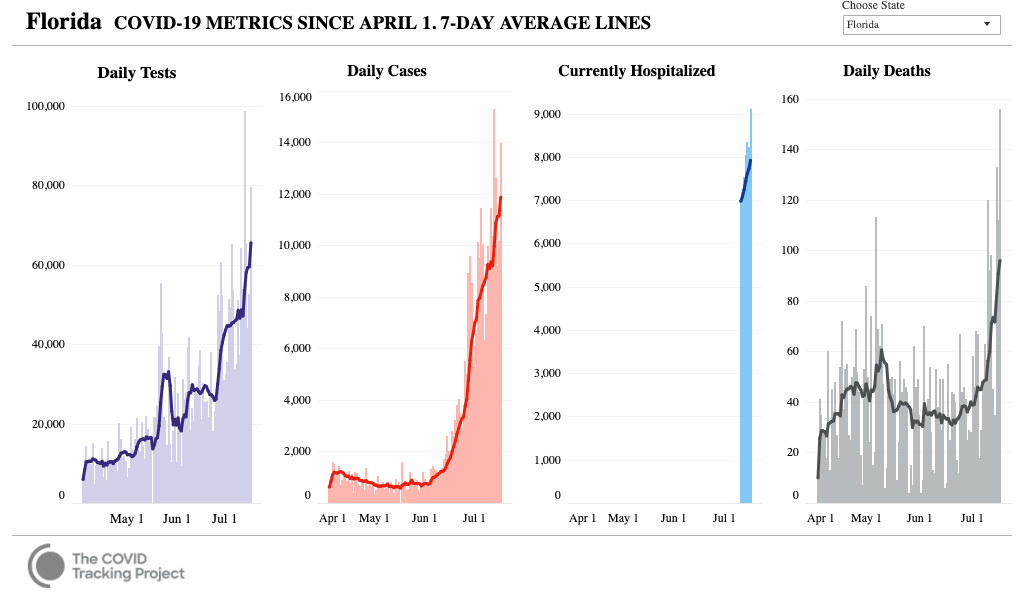 And multiple indicators, from payrolls to restaurant diners to small business revenue to household surveys, suggest that economic recovery has stalled as the pandemic surges 3/ 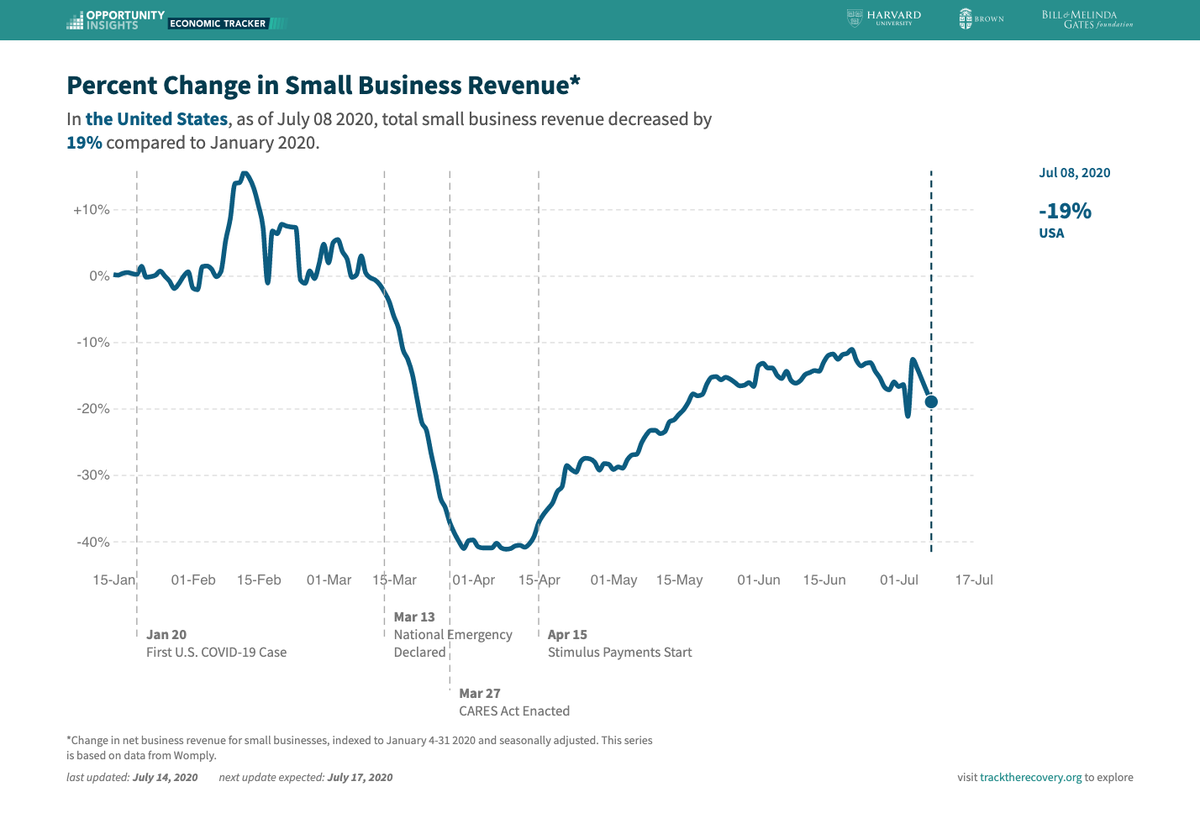 Even if the pandemic and the economy somehow turn around — and how is that supposed to happen? — there isn't enough time to rescue Trump. Oh, and the attempted October surprise — you know there will be one — will fall flat from the boy who cried "fake news" 4/

But attempted theft could happen in multiple ways; expect to see many or all in November 5/

Men claiming to be federal agents, but without identification, are already making arrests. Coming to polling places in November?  https://www.washingtonpost.com/nation/2020/07/17/portland-protests-federal-arrests/ …

Broken voting machines in D-leaning precincts? Mysterious and selective rejection of millions of absentee ballots? The list goes on. Don't say they wouldn't; clearly they will if they can. If you aren't scared, you're oblivious. fin/