Coming back to this shocking-but-not-surprising report about how the Trumpists decided that we should live free and die. I was struck by how Italy (!) became first a reassuring model, then an unattainable ideal 1/  https://www.nytimes.com/2020/07/18/us/politics/trump-coronavirus-response-failure-leadership.html … 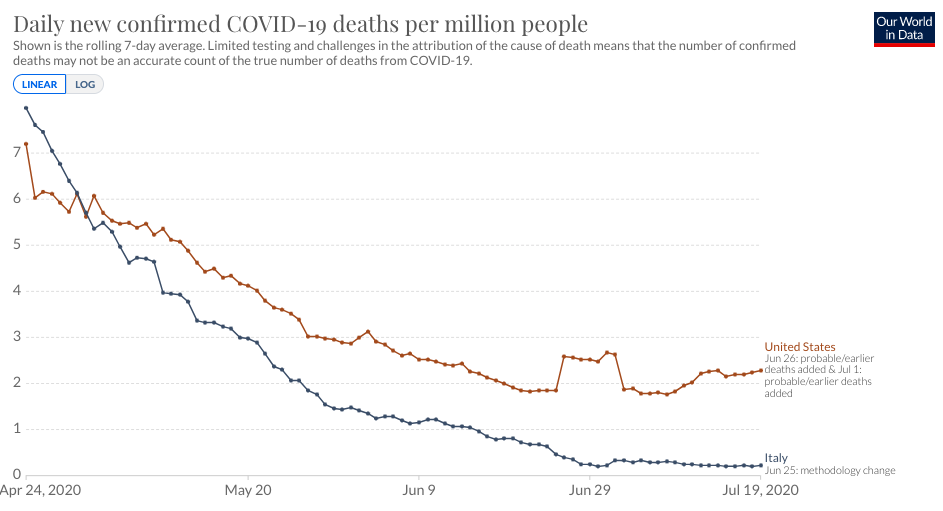 How many Americans would still be alive if we had matched Italy's performance? Around 40,000 so far. And we're losing >20K each month more than we would if we had brought deaths down to Italian levels 3/

Again, we're not talking about some super-capable authoritarian regime. We're talking about a country often seen as the sick man of Europe; but unlike America, it's run by people who actually care if their citizens die 4/