Hostage situation unfolding in the western Ukraine city of Lutsk. Police say an unidentified man has hijacked a bus with 20 people. He has explosives and weapons and is threatening to blow up the bus. Eyewitnesses say gunfire has been exchanged. Video:  https://www.youtube.com/watch?v=UE9ZCg9CGjU …

Police say the man hasn't made clear demands yet.

Another image of the bus where police say an armed man has taken 20 hostages and is threatened to detonate an explosive device. An Interior Ministry official says police established contact with the man who IDd himself as Maksym Plokhoy.

A social media account purportedly belonging to the bus hijacker was opened only earlier this month. It's filled with anti-government messages and a video of a man holding a rifle. In that video and several messages sent today, he speaks about "anti-system day."

Ukrainian President Zelensky says "every effort is being made to resolve the situation without casualties" and he is overseeing the law enforcement response himself.  https://www.facebook.com/zelenskiy95/posts/2585795505004143 …

The alleged bus hijacker has a Russian social media account, as well. A longer history of statements similar to the ones I mentioned above on that other page.

The alleged bus hijacker also appears to be using at least two social media accounts in real-time. There are posts from just minutes ago and one account just showed him as active.

I'm not going to post the video or photo of Maksym Plokhoy, the alleged Lutsk bus hijacker. But he appears to be demanding that Ukrainian government officials admit to being "terrorists."

This guy is actively using social media while still holding the hostages. He just changed one of his profile photos to the cover of his self-published 504-page book.

And now twitter followers are actively pleading with him to release the hostages.

Yuriy Butusov, editor for @censor_net, says he spoke with the bus hijacker and offered to exchange the hostages for himself. But he said Plokhoy thought he was a police officer and hung up the phone. Butusov says the man is making hostages contact media about sharing his demands. 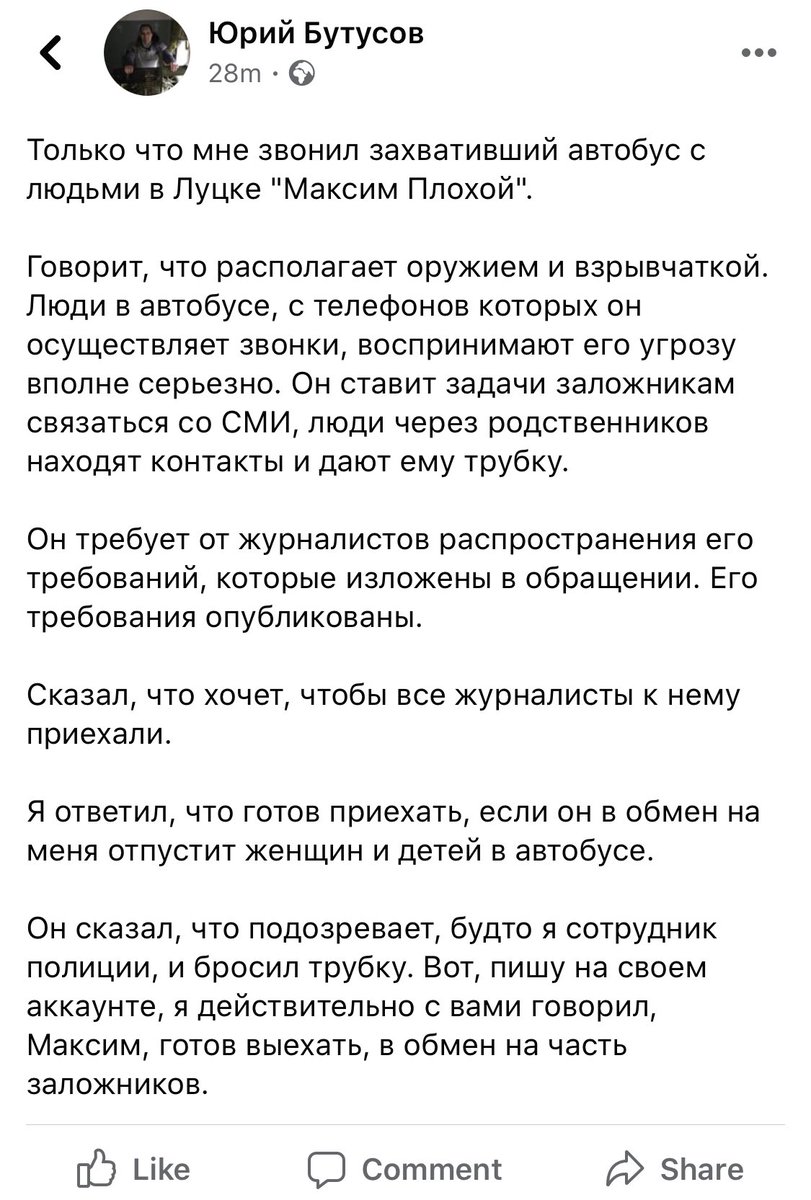 One of the bus hijacker Plokhoy's demands posted to his social media accounts and repeated in phone calls to media is for President Zelensky to watch the 2005 American documentary film Earthlings that is narrated by Joaquin Phoenix. 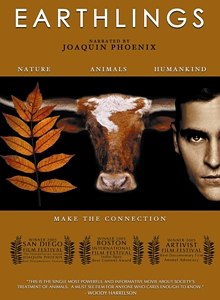 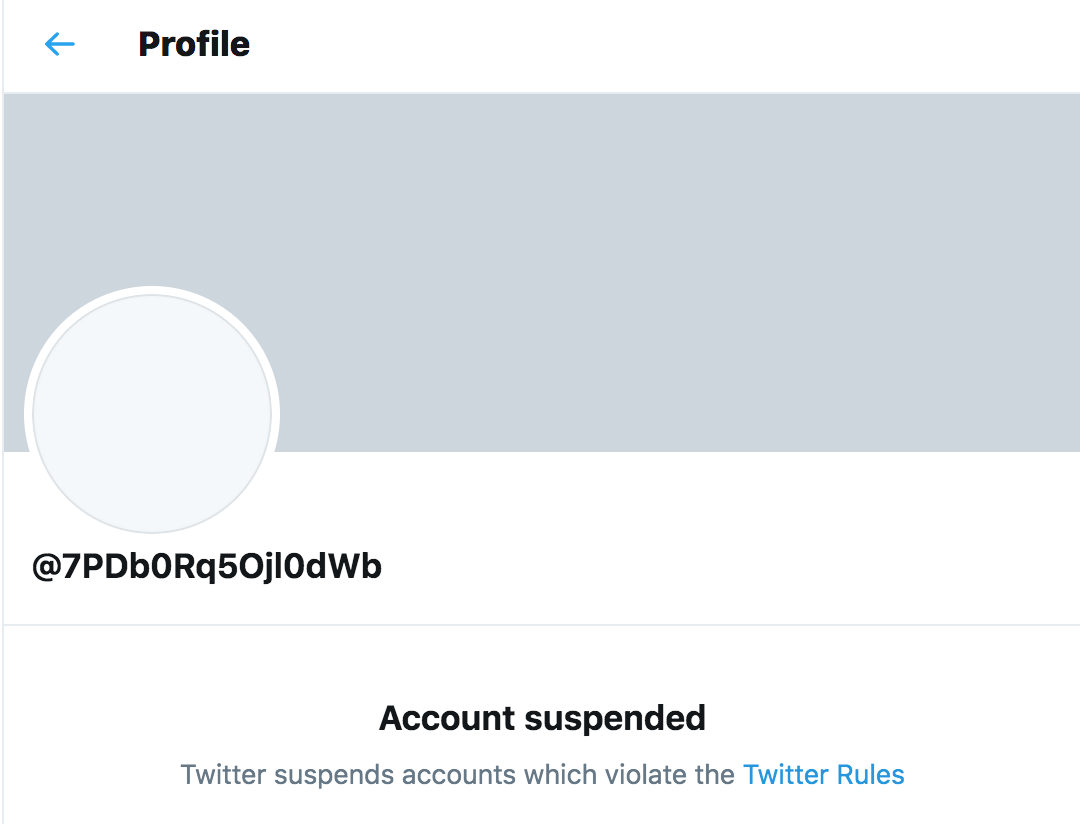 His VK account shows he is still "online." And the page remains active.

There is now a live stream at the scene in Lutsk:  https://www.youtube.com/watch?v=IbO1UKH159g&feature=emb_title …

Ukrainian media track down the man’s real surname via a trademark registration document. He is Maksym Krivosh. Plokhoy, which he is using on social media and have time police, translates to bad or the bad, as in, Maksym The Bad. 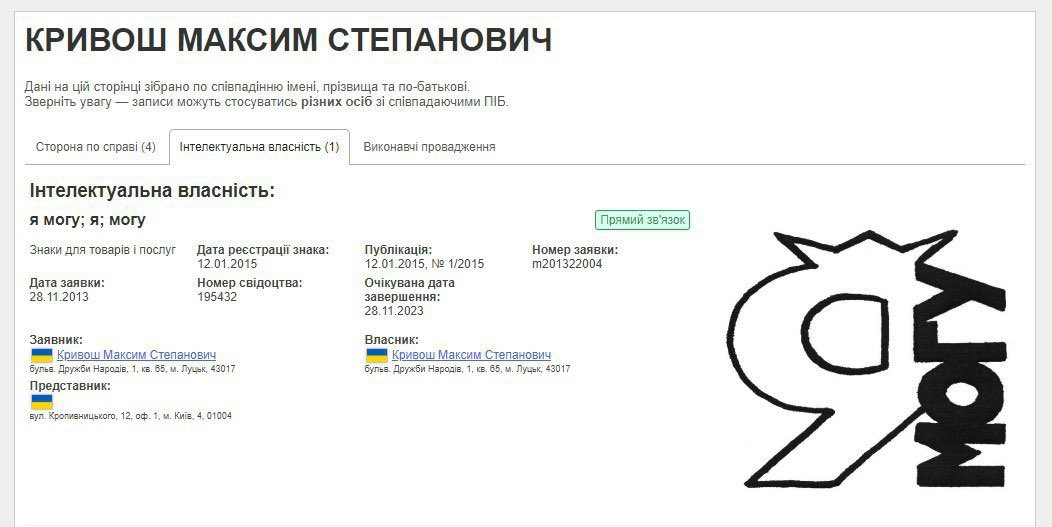 According to the Ukrainian Prosecutor General’s Office, the bus hijacker said “the bus was rigged, he had automatic weapons and a large amount of explosives with him. Also, he said, there is another explosive device in a different location and it could be detonated remotely.”

CCTV footage has now leaked showing the man getting onto the bus in Lutsk with large bags. Ukrainian authorities say negotiations are ongoing and families of the hostages have been notified.  https://www.youtube.com/watch?v=meCcYTwNP3c …

Ukrainian police officials confirm scene in video below. The bus hijacker tried to shoot down a police drone flying above the bus and then tossed a grenade at it that exploded nearby. Nobody injured.

Development in Lutsk: Ukraine President Zelensky’s office tells me he spoke to the bus hijacker by phone and gave into one of his demands: he posted a video telling everyone to watch this film 👉 Then the hijacker released three hostages.

AND ITS OVER says Ukraine’s interior minister. Hostages released.

With all hostages free and the hostage-taker in custody, President Zelensky has deleted the Facebook video of himself complying with the armed man's demand to promote the 2005 film Earthlings featuring narration by Joaquin Phoenix. But here it is for posterity.

And here's a video from local media showing the end of the standoff today. Special forces stormed in atop an armored vehicle and detained the man.  https://www.youtube.com/watch?v=YbptomVOnRo&feature=emb_title …

More info: There were 13 hostages, not 20. Hostage-taker Maksym Krivosh released 3 after speaking with Zelensky. They agreed Krivosh would release others after the president published Earthlings video on Facebook. Each held up their end. Then Krivosh surrendered and was arrested.

And finally, Interior Minister Avakov says that Earthlings is a "good movie" and "you don't need to be so fucked up to appreciate it."

In a video shared with me, President Zelensky says today's hostage situation was resolved with no casualties when he & gunman "agreed he would take the first step & release several people" & Ze would endorse the Earthlings film. Ze didn't want to storm bus & risk losing lives.

That’s just a snippet of the roughly 4-minute video. Zelensky says he and the bus hijacker spoke for 7-10 minutes and it was his idea. He also said he was managing the hostage crisis while also meeting with the President of Switzerland who was in Kyiv on an official visit.