Nov 14 2017
Theresa May: 'Russia, we know what you're doing' A BIG moment. Huge for me. I'd been investigating EUref for year at this point. And a crazy time. First Mueller indictment. Russian embassy in overdrive. Threats from LeaveEU.

But now we know. Nothing came of it. Zero

It wasn't a tipping point. It was a burying point. This was LeaveEU retweeting the Russian ambassador attacking journalists & MPs investigating it - inc me, @BenPBradshaw & @RhonddaBryant 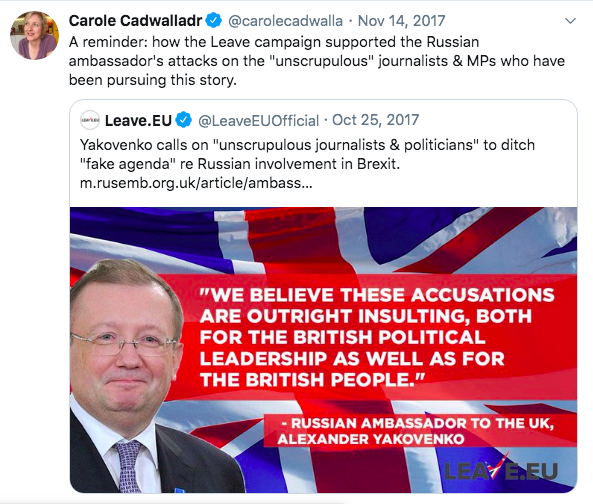 2 weeks earlier, this is what we'd learned. That FBI were investigating specific London links including - spoiler alert - the Russian ambassador 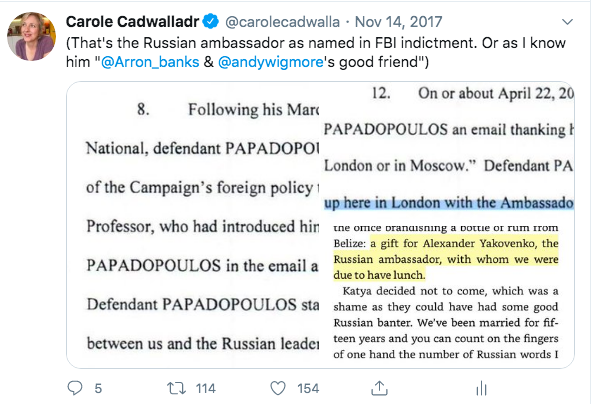 You know what else happened *that same day*? The same day @theresa_may made that speech. LeaveEU post that hilarious video showing me beaten up & threatened with a gun over a soundtrack of the Russian national anthem. 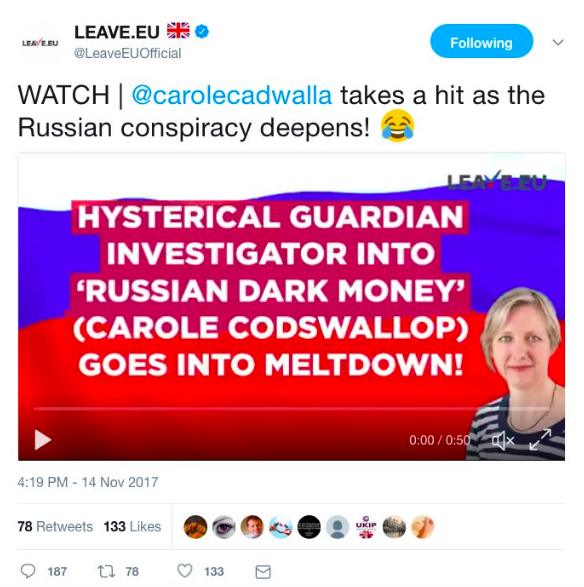 Which was 10 days after this. I wrote about a meeting between Johnson & Mifsud. And links between Brexit campaign & a Russian spy @SNalobin. Russian embassy so upset with this article, they sent @observer not 1 but 2 letters calling me a 'bad journalist'