NEW: Very pleased to finally share this story. I and a crack team of @RFERL reporters have determined the IDs of 7 Russia-backed militants who along with Igor Girkin ordered firing squad executions of 3 Ukrainians in 2014, setting a dark tone for the war.  https://www.rferl.org/a/the-executioners-of-slovyansk/30743132.html …

We did it using ~100 documents recovered from Girkin’s former office in Slovyansk, eastern Ukraine, open-source investigative methods, and interviews with dozens of alleged torture victims, witnesses, and family members of the executed men. (📸 taken this month)

This was years in the making. On July 7, 2014, I was with @NoahSneider & @maxseddon in Slovyansk, E Ukraine. Russia-backed forces had just retreated. Inside their HQ we stumbled upon stacks of papers. They were death sentences from "military tribunals." (📸 @EvgenyFeldman) 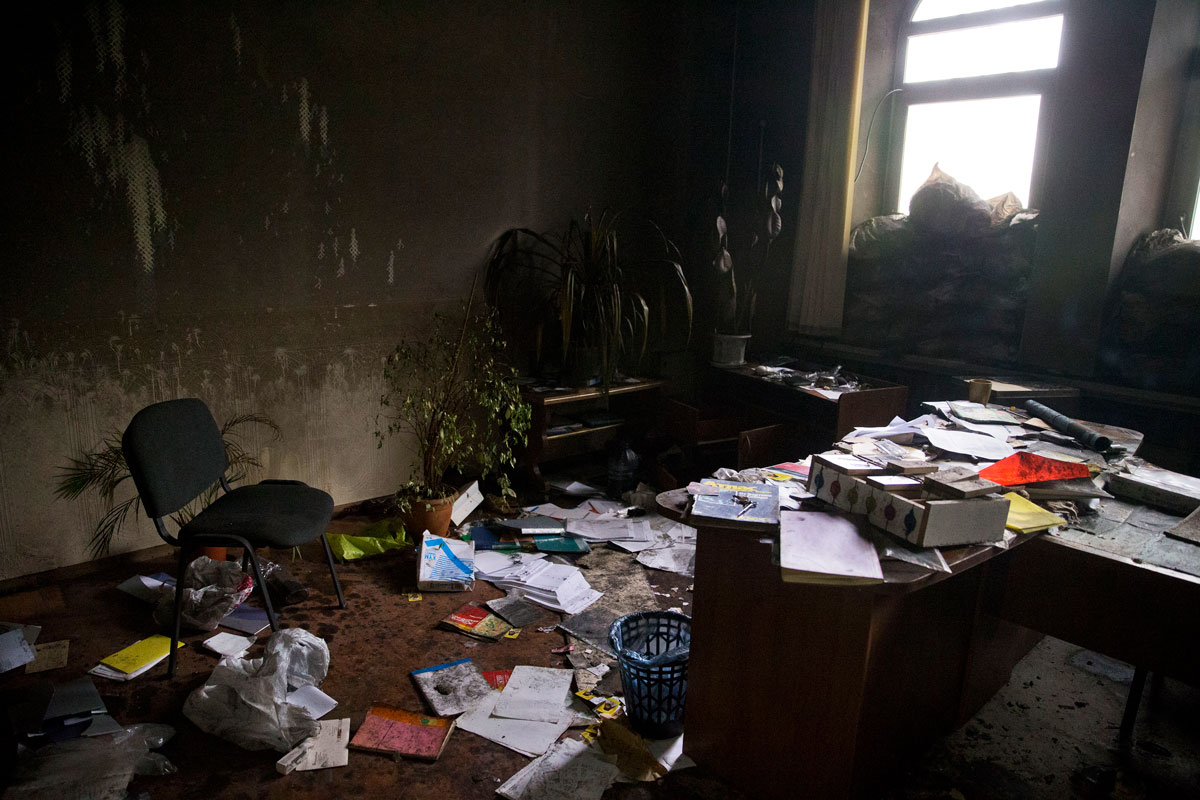 We stuffed the docs in our backpacks and spent the next 2 days poring over them. Each of us published stories about the discovery that July that got a lot of attn. But there were still many things we didn’t know, like IDs of the men who were part of Girkin’s "military tribunals"

In my spare time since then, I've been digging around, using clues from the docs to track down the men. When the pandemic hit and I was stuck inside like everyone else, I decided it would be a good time to do more digging. Then several of my colleagues @RFERL offered to help.

So, 6 years later, we can now put names & faces to 7 Russia-backed militants—including one with ties to a longtime Putin aide in the Kremlin—who along with Girkin ordered the extrajudicial executions in Slovyansk. And more details about what is in the documents can be revealed.

As part of this investigation, @RFERL is making the collection of the documents & many English translations available to the public so they can be further analyzed by journalists, researchers, & law enforcement officials who are trying to make sense of the war in eastern Ukraine.

And they are fascinating. Taken together, the collection of documents provides a clearer picture of the early days of the war in eastern Ukraine, which grinds on to this day. Well over 13,000 people killed, some 2 million displaced, a territory ripped apart.

The collection of documents also highlights the attempt by the otherwise chaotic and undisciplined Russia-backed separatists to bring a semblance of order to the bedlam and legitimize their armed takeover of Ukrainian territory and declarations of independence.

International humanitarian law experts who viewed the documents said the "military tribunals" and summary executions likely constitute war crimes, making this evidence that Ukraine may use as it seeks justice and claims against Russia thru its own courts and international courts.

Huge thanks & credit for this project goes to a fantastic team of reporters, editors, designers, translators who put in long hours in the past few months. They are: @kromark @pustota @CarlSchreck @sgutterman @Levko_Stek @olevskiy @disconnect @graficn & few others not on Twitter

Again, here is the link to the investigation in English:  https://www.rferl.org/a/the-executioners-of-slovyansk/30743132.html …

And a Ukrainian version:  https://www.radiosvoboda.org/a/zahin-smerti-slovyansk/30743285.html …

A small note of thanks here: After setting aside my search for these guys for a few years, it was this photo posted in March 2019 by pro-Kremlin propagandist @sashakots that got me back on track. It gave me several data points including ID confirmation of one of the executioners. 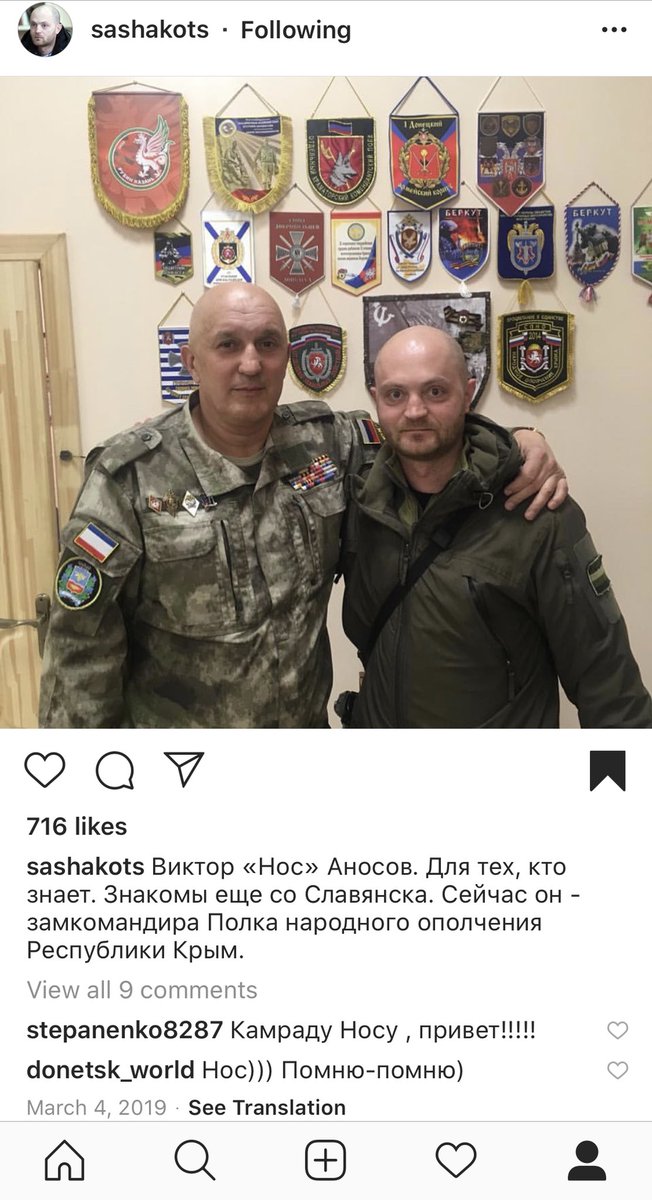