New from me for @BuzzFeedNews: I spoke Rudy Giuliani's Ukrainian operatives who are leaking Biden calls, passing material to Senate Republicans, and doing their damnedest to undermine the former Dem Veep's campaign (spoiler: it's not really working).  https://www.buzzfeednews.com/article/christopherm51/rudy-giuliani-ukraine-joe-biden-smear-efforts …

Andriy Telizhenko and Oleksandr Onyshchenko said they've been asked to be interviewed as part of @RonJohnsonWI's Senate inquiry. Johnson wouldn't comment. The Ukrainians plan to visit DC soon, and Telizhenko was setting up to attend the RNC in Florida before it was canceled. 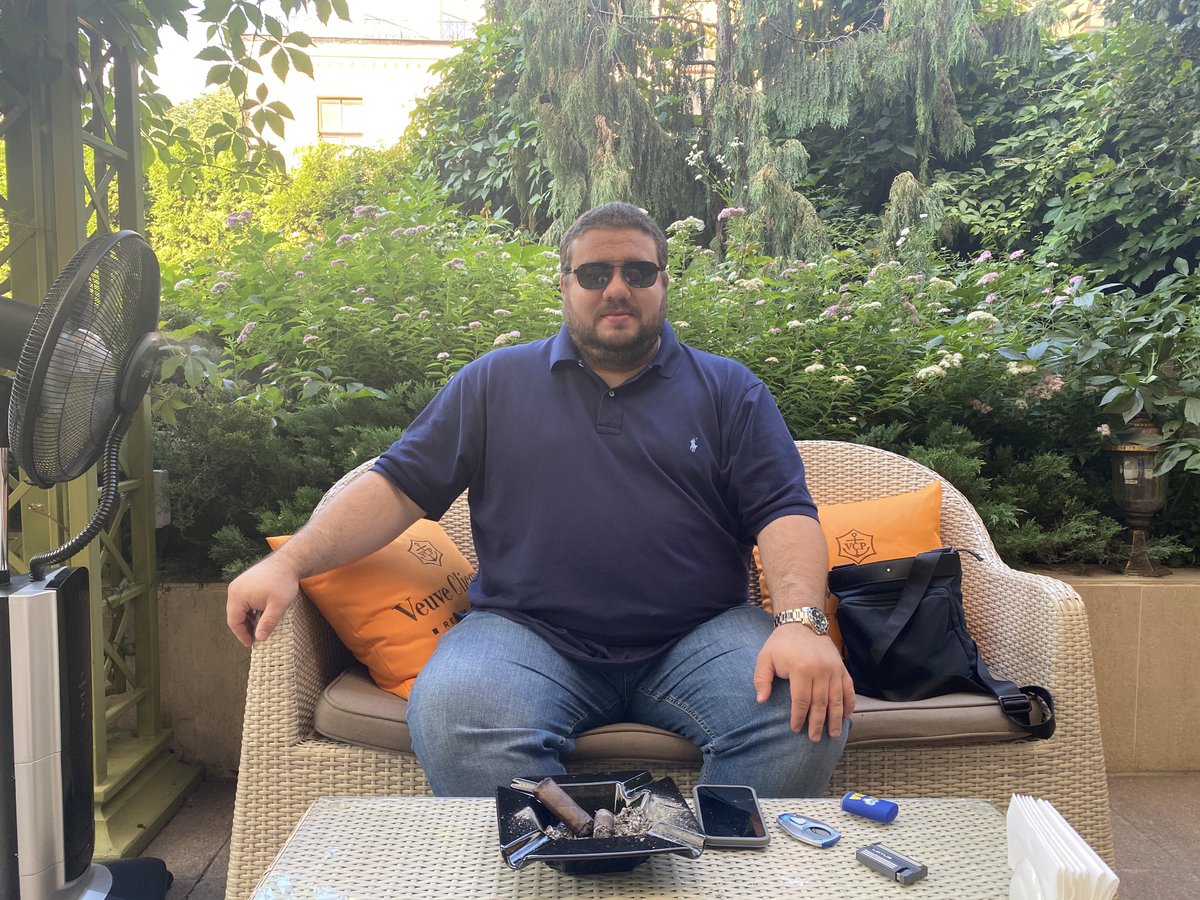 BTW, that's Onyshchenko chatting with me over his hotel breakfast in Hamburg, because he's on the run from Ukrainian authorities who accused him of embezzlement (he denies).

Kostyantyn Kulyk, an ex military prosecutor, was coy about what else he and pal Andriy Derkach still have up their sleeve. These guys have been the ones releasing Biden recordings that haven't revealed anything we didn't already know. "Let it be an intrigue," Kulyk said. 🙄

Derkach said what he has released so far is “really only a small part of the vast volume of records” and that all of it has been “transferred to Ukrainian and American law enforcement agencies.” What I found out is this: Derkach has same recordings as Telizhenko & Onyshchenko...

All three came into them independently, from what I can tell. But maybe got them from the same source, a mysterious "investigative journalist." But Telizhenko claims the recordings were actually made by Ukraine's security service, which may be true. It tends to record everything.

The tapes have existed for years but were only brought to light now. Onyshchenko said he even tried to give some of what he had to Andrew Weissmann in Madrid in December 2016. I know Onyshchenko met DOJ ppl b/c the FBI confirmed to me that month.

I think it was WaPo that reported Giuliani's crew was looking for Biden recordings last year. Well Onyshchenko said he wanted to give them to Giuliani in Dec when he visited US. He told him over the phone he had 'em & Giuliani told him he called Trump, who was excited about it.

Onyshchenko never made it to the US because German authorities arrested him because of the Ukrainian warrant out for him.

Anyway, more details like that in the piece. Here's what @AndrewBatesNC of Biden's campaign said about the Ukrainians helping out Senate Republicans:

Spokespersons for Johnson and Senate Finance Committee Chair Chuck Grassley, who is aiding Johnson in the Biden probe, defended their inquiry and use of information from Telizhenko and other Ukrainians.

Noteworthy is that Johnson, who denies his committee's being used as part of a foreign influence op, refused to get specific when asked Qs about relying on foreign information, which really has been just anti-Biden disinformation up to this point.  https://www.buzzfeednews.com/article/christopherm51/rudy-giuliani-ukraine-joe-biden-smear-efforts …

Disinfo-busting boss @wiczipedia described the material the Ukrainians are pushing this way: “It’s basically a mountain of lies and innuendo being disguised as due diligence.”

And in case you're saying, 'OK, but these are Western critics and Biden supporters who are saying this is all disinfo. Shouldn't we at least consider the content of the material?' Well, consider what Ukrainians who know these guys think about them: