Trisha Greenhalgh 😷 #BlackLivesMatter+ Your Authors @trishgreenhalgh Prof of Primary Care, U of Oxford. Abuse me, I block you. scholar.google.co.uk/citations?sortby=pubdate&hl=en&user=8KQwEGcAAAAJ&view_op=list_works Jul. 26, 2020 1 min read + Your Authors

This article is published behind a paywall in a "peer-reviewed" journal. It's actually a racist rant against which all who care about academic standards should protest. #BlackInTheIvory

"minorities— especially blacks and Hispanics—typically respond only weakly to chances to get ahead through education and work" [unreferenced]. 2/ 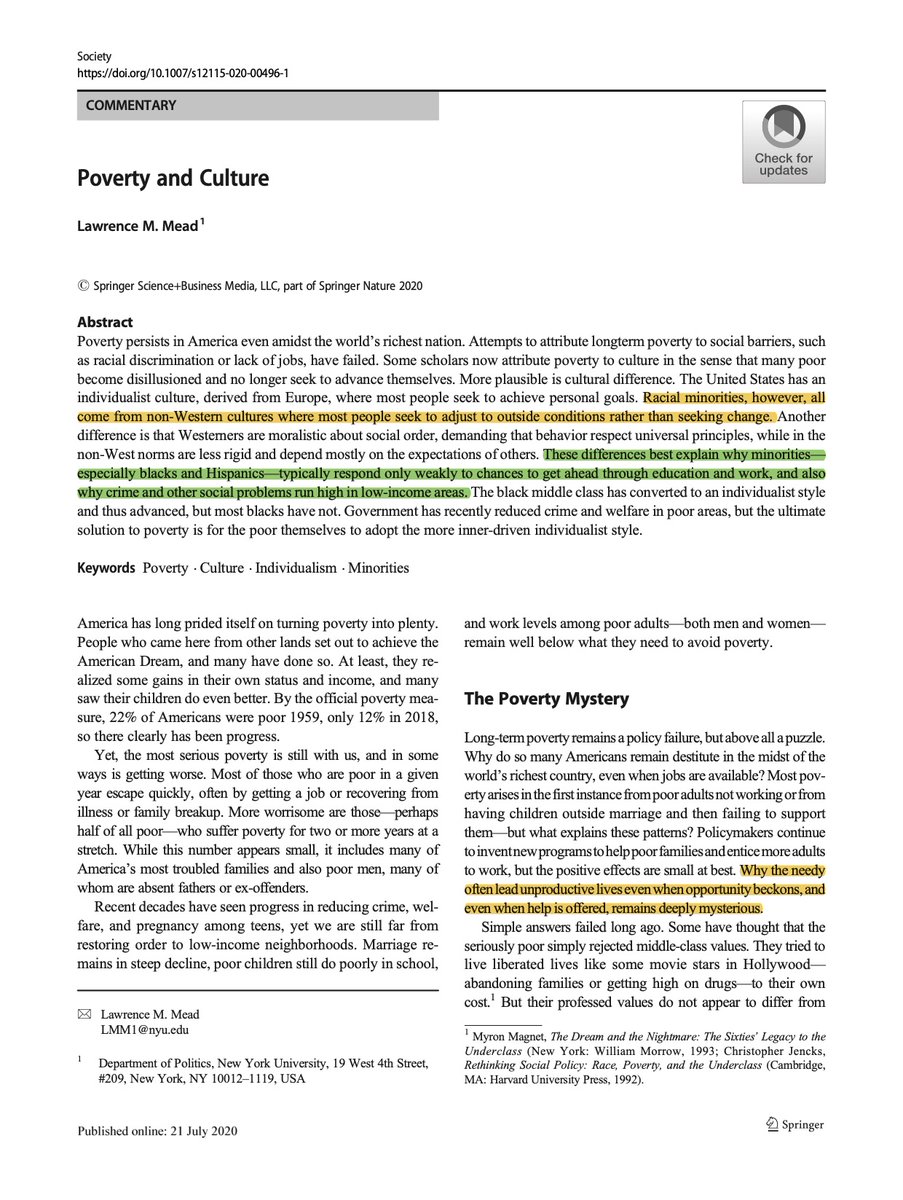 "Many experts .. thought that 'social barriers' of some impersonal kind were preventing [poor] adults from working— such as racial bias, absence of skills or child care, and so on. But no such clear impediment has been found." [unreferenced] 3/ 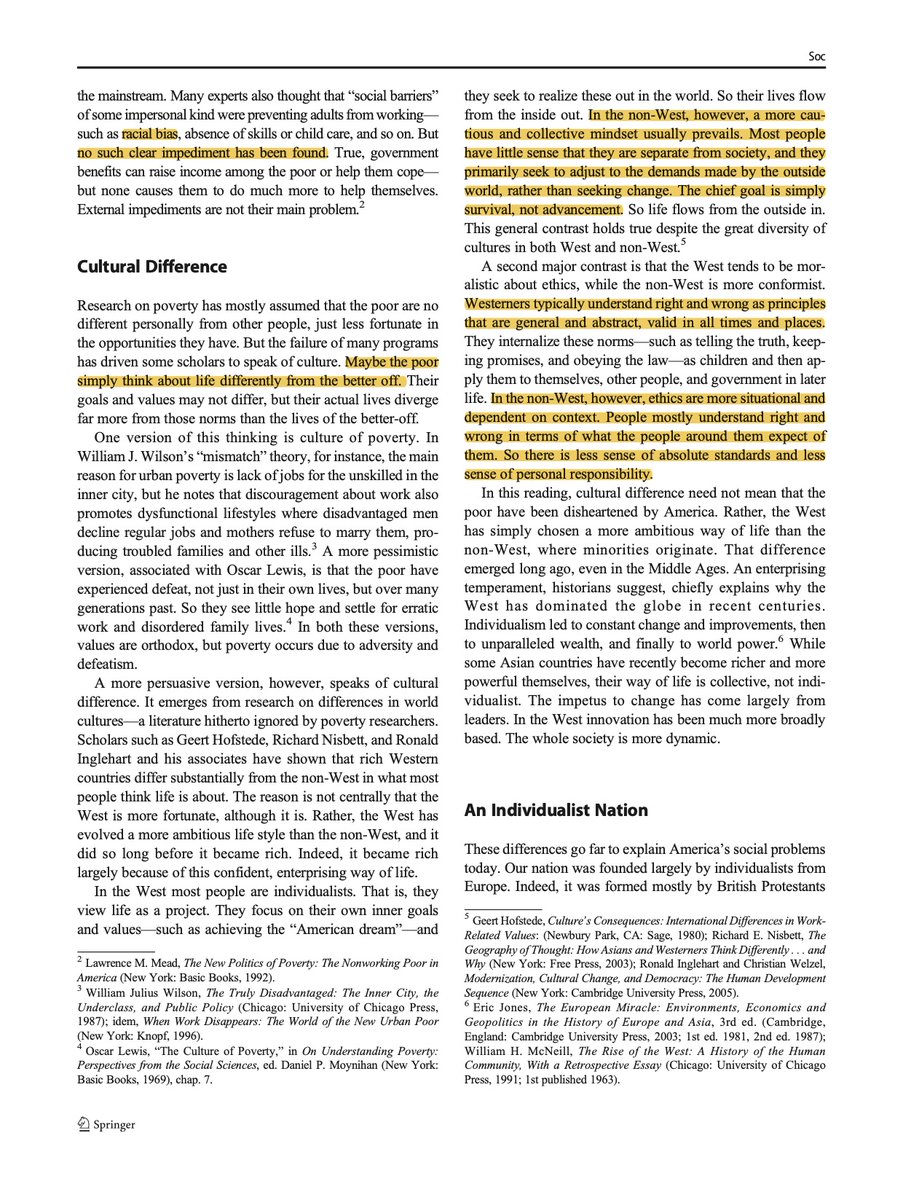 "Today, the seriously poor are mostly blacks and Hispanics, and the main reason is cultural difference. The great fact is that these groups did not come from Europe." [unreferenced]

"They ... must take much more responsibility for themselves" [unreferenced] 4/ 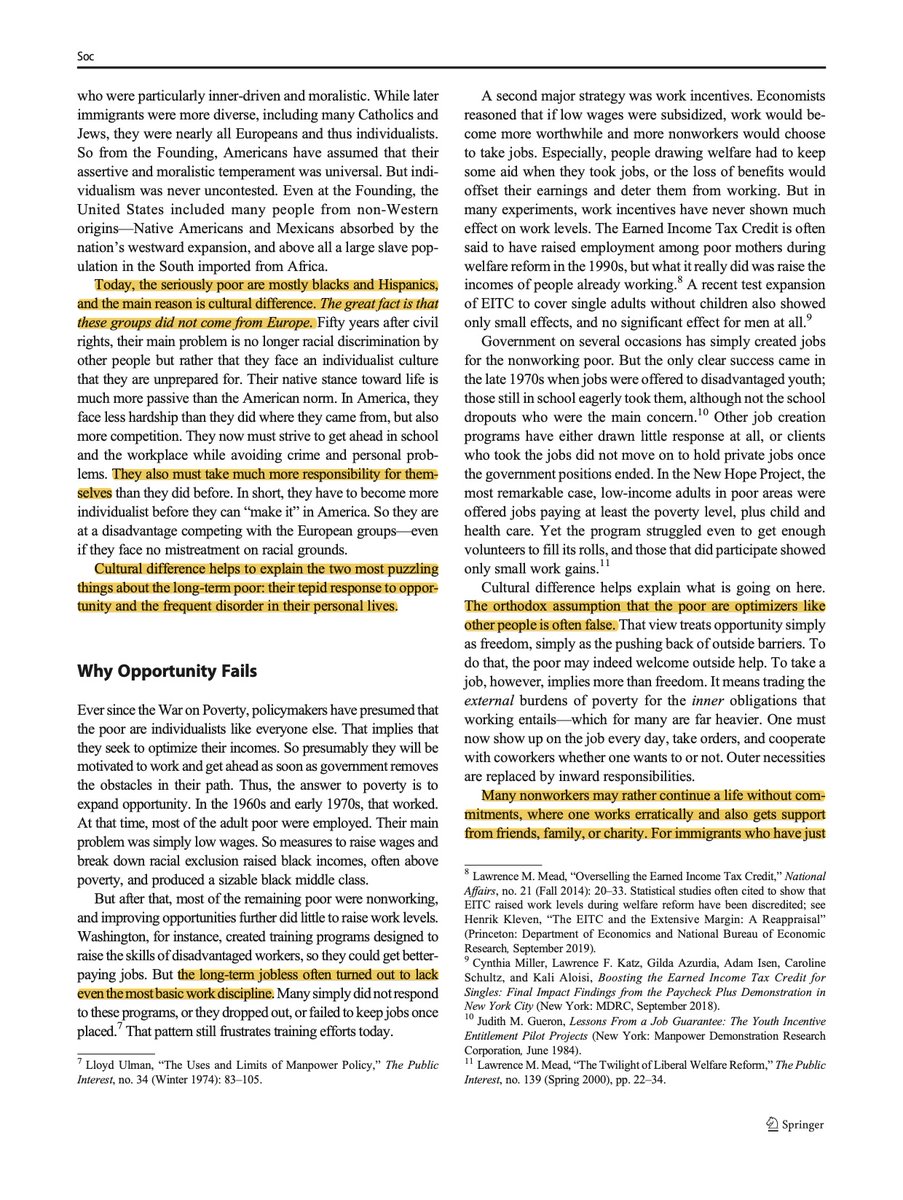 "For immigrants who have just escaped Third World hardships for affluent America, life is already much improved. Why attempt more?" [unreferenced] 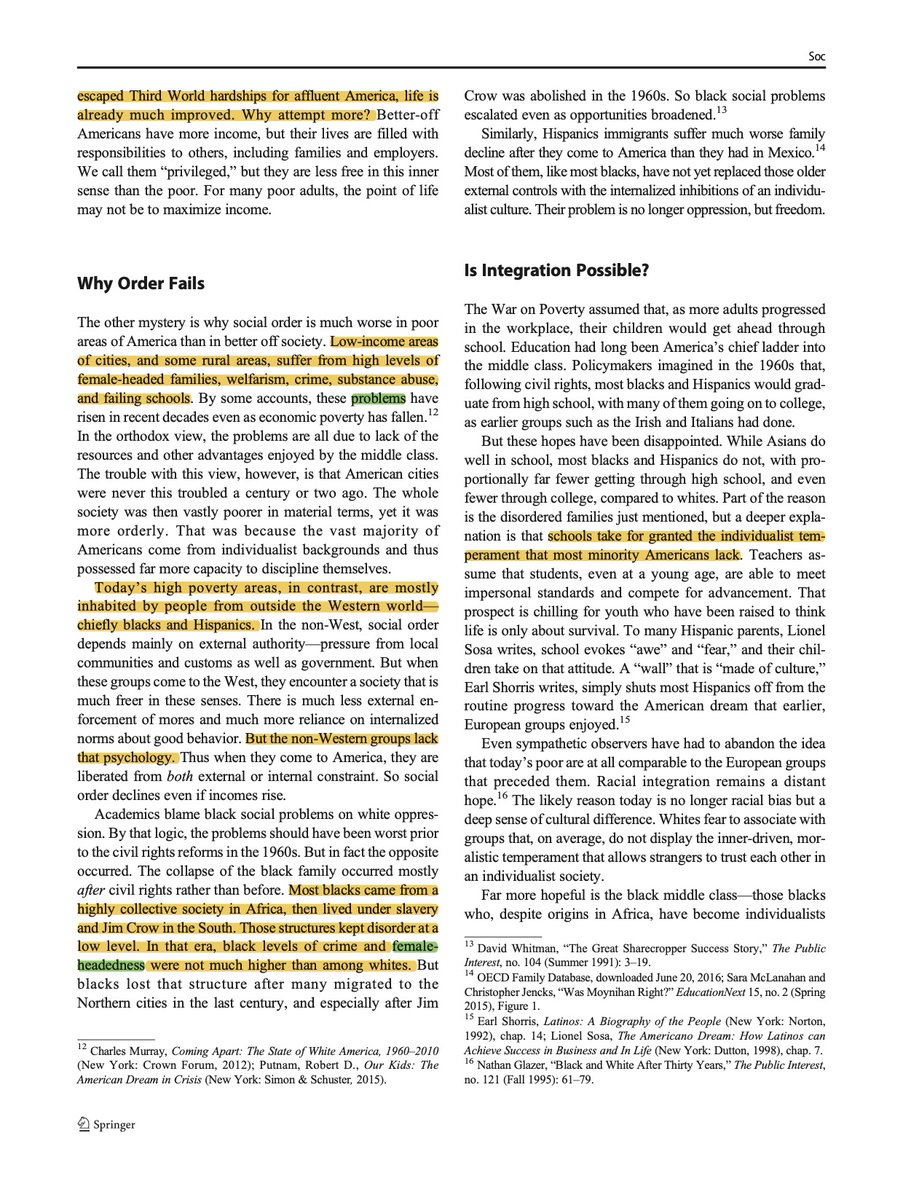 "the black middle class....display the same temperament as most whites." [unreferenced]

"Dependent people must finally take charge of
their own fate rather than waiting more passively for outward
change." [unreferenced]

*Whatever else this is, it's not academic writing* /End

That is the most blatant statement of moral cowardice I've ever seen from a publisher.