This 3-yr-old piece has just been tweeted into my timeline. Precursor to big Cambridge Analytica reveal. I’d forgotten I’d documented the lengths Dominic Cummings went to cover up his r’ship with company now at heart of govt COVID response @faculty_ai
https://www.theguardian.com/technology/2017/may/07/the-great-british-brexit-robbery-hijacked-democracy?CMP=Share_iOSApp_Other …

We didn’t know ‘physicists’ employed by Vote Leave’s data worked for @faculty_ai because he kept it a secret. After weeks of emails, he told me, ‘Anyone who wanted to cheat the law could do it easily without people realising.’ SPOILER! This included him 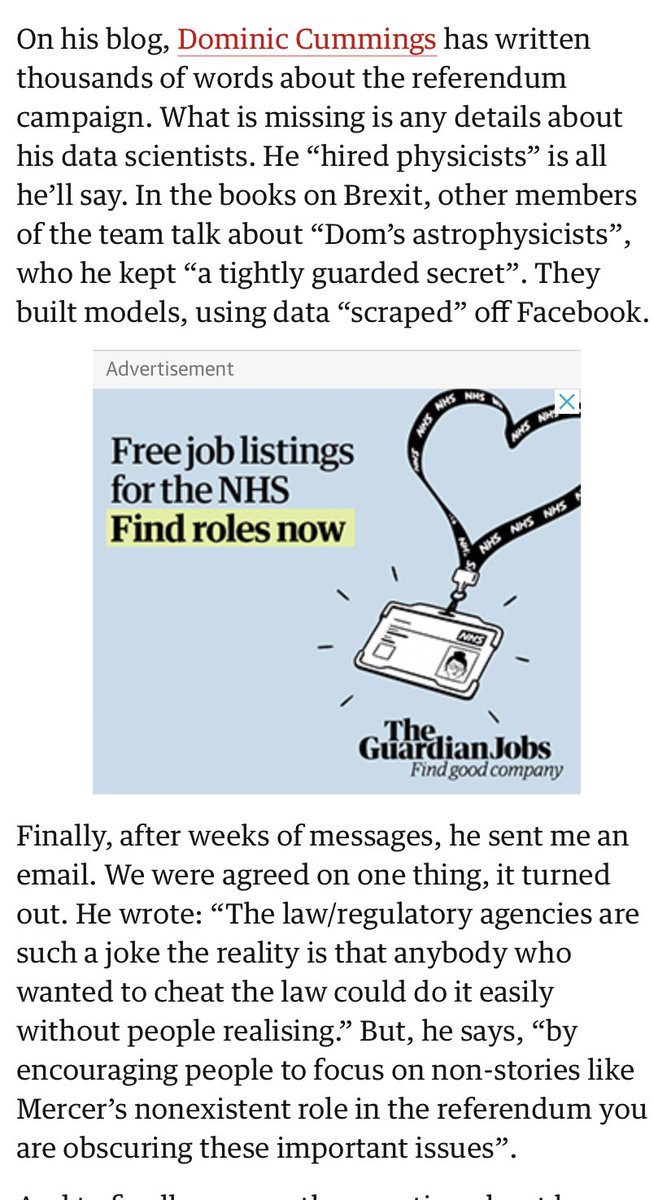 Why was identity of ‘the physicists’ kept secret? Why did ASI - now @faculty_ai - only admit its involvement after I clocked an invoice from them on Electoral Commission website? So many questions...including @faculty_ai’s relationship to Cambridge Analytica. 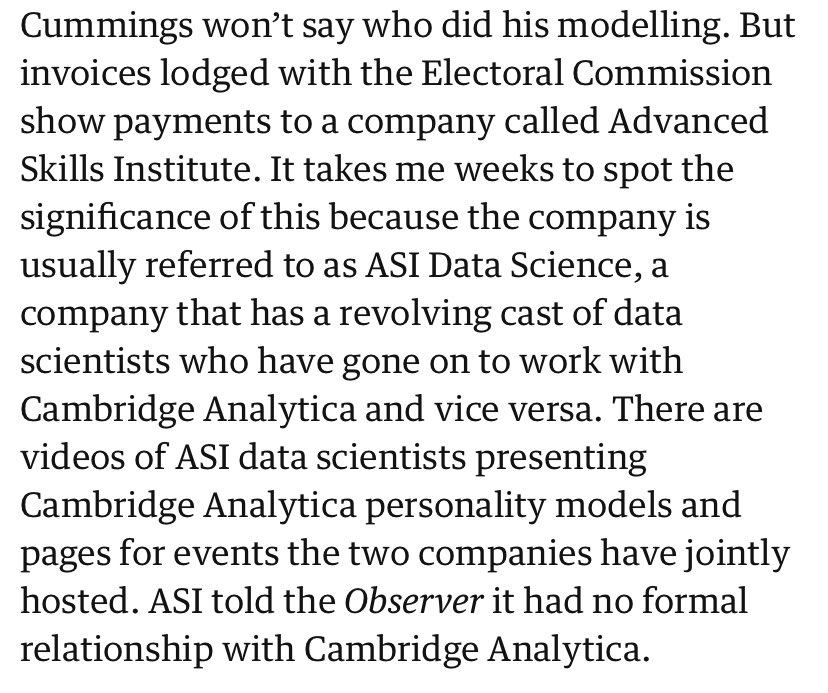 ASI Data Science changed its name to @faculty_ai. And who can blame it. It’s been mopping up govt contracts ever since the Vote Leave govt came to power & the brother of the founder now works inside no 10 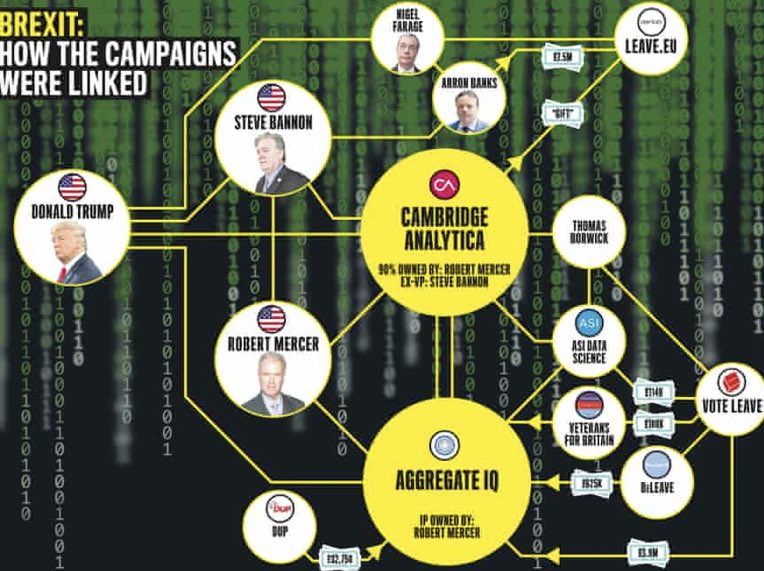 What’s striking is how similar this is to Cambridge Analytica’s methodology in developing world. Political work was always the loss leader. Help a political party get elected at discounted prices. Then leverage relationships into lucrative govt contracts.

And mop up all of that sweet sweet data...this is what they were trying to do in Trinidad. Here in Britain, they’ve transferred health data from PHE to the intelligence services. The ‘joint’ Biosecurity Centre in charge of COVID data analytics overseen by a senior spy.. 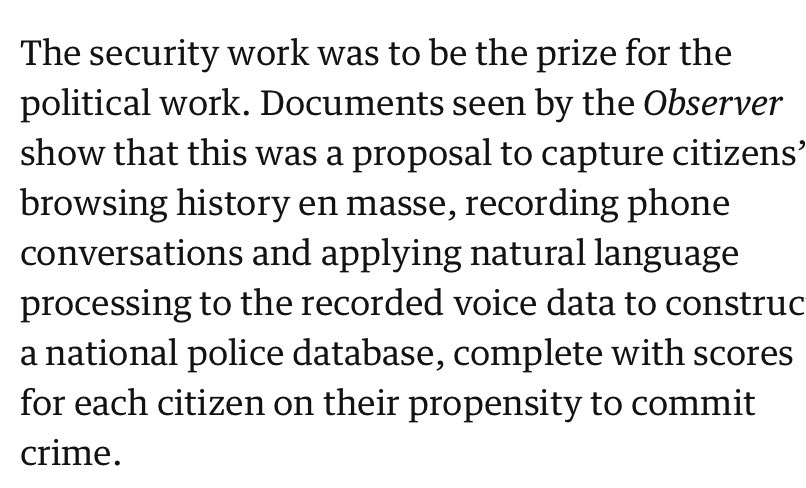 It used to be hard to report on this stuff. All the tech bros pissing on it, Cambridge Analytica legal threats, Facebook etc etc. But it’s even harder now. Cummings has the entire power of the UK state & all its resources behind him now..