A wonkish thread on the economics of unemployment insurance. Why? Because Republicans are talking nonsense, but also because it seems to me that even some of the people calling for maintaining generous benefits are missing the point 1/

The key point is that to evaluate the impact of the GOP's 🍸🍸🍸 plan to slash UI while making business lunches 100% deductible, we need to do *macroeconomics*; it's not just about worker incentives 2/

A good starting point is the Phillips curve: the hypothetical tradeoff between unemployment and inflation 3/ 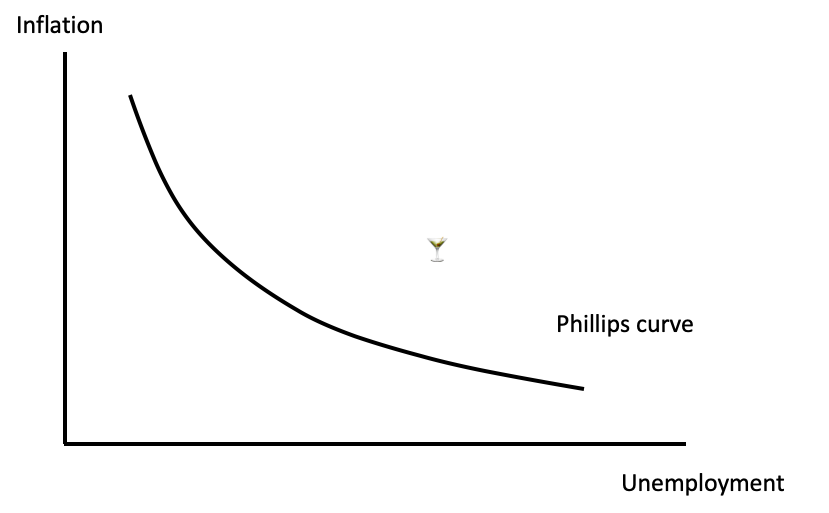 I'm well aware that there are some conceptual issues with this curve, and also that these days it's hard to find in US data. But there must be some effect of labor market tightness on inflation; clearly visible in countries with more extreme variation (SP's GDP deflator) 4/ 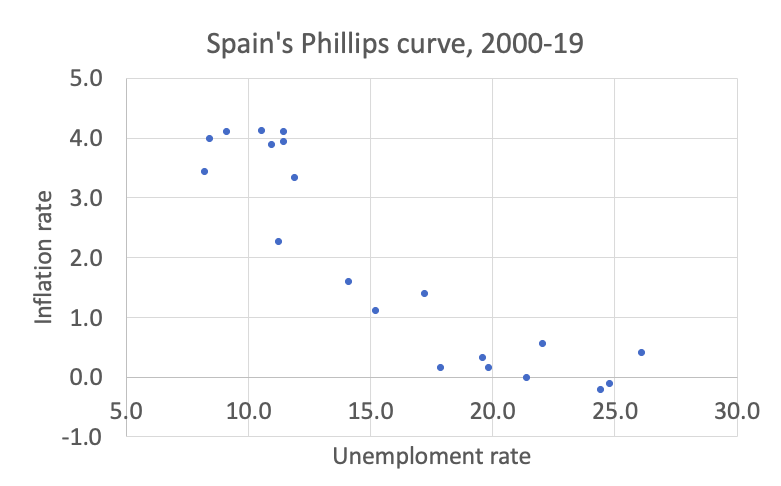 So, where do we find ourselves on that curve? It could be a policy choice, e.g., the Fed sets policy to achieve its inflation target. But maybe policymakers can't or won't do enough to assure adequate demand. In that case, the level of demand sets unemployment 5/ 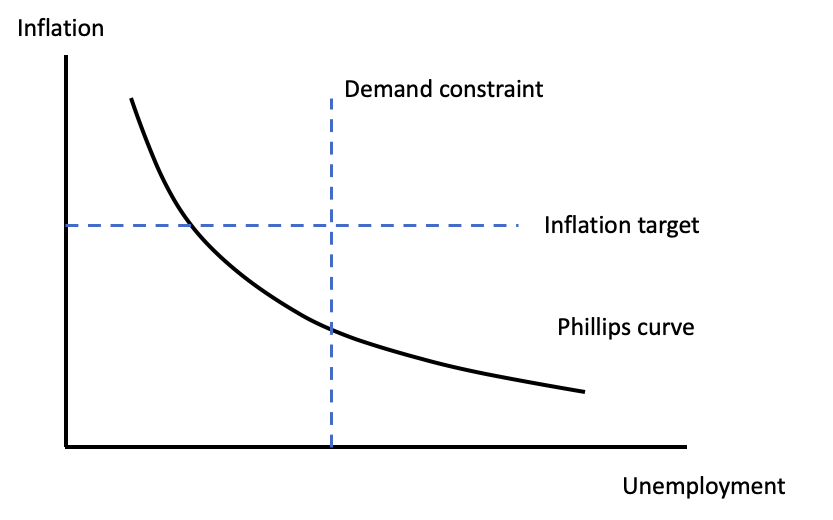 And since 2008 we've consistently been limited by the demand constraint: the Fed has almost never achieved its 2% inflation target, bc monetary policy constrained by zero lower bound, and fiscal support almost never sufficient 6/ 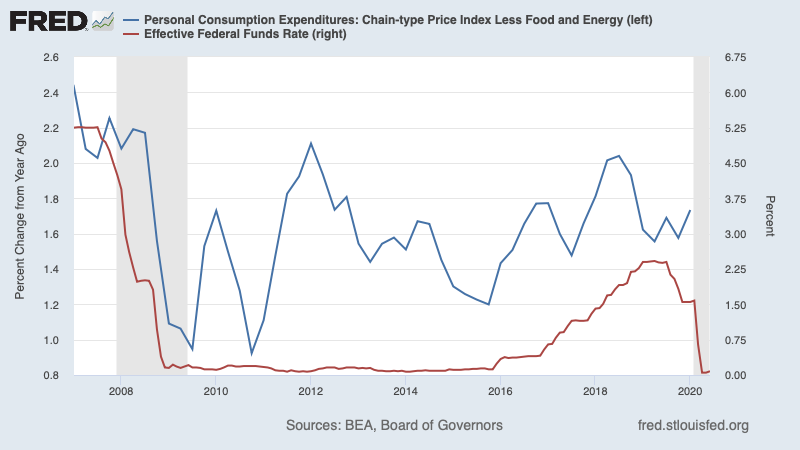 So what happens if you expand UI? It might — might — reduce incentives to work, shifting the Phillips curve up and to the right. But it also increases aggregate demand. And because demand, not inflation, is the binding constraint it REDUCES unemployment 7/ 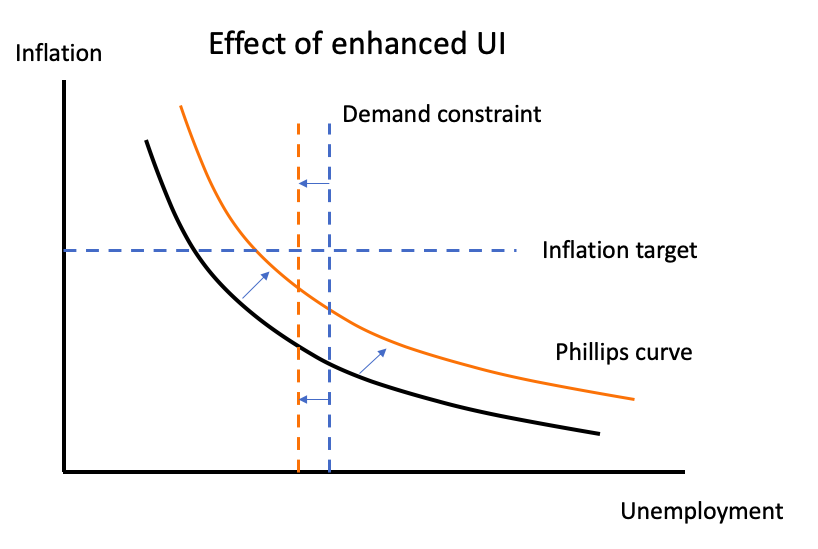 Just to add that the demand constraint is far more tightly binding now than at any time in the past dozen years, because now we have a pandemic that requires people to NOT work. Crazy to talk about UI without that as the central point 8/

Now, the work incentives of UI are still interesting, although of little macro significance for the time being. My read is that the disincentive effect seems to be surprisingly small. You can see this just by looking at aggregate data. 9/ 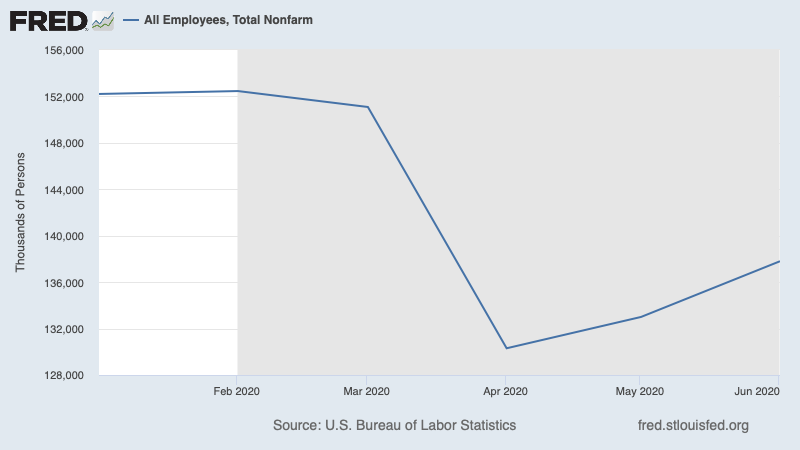 And the workers called back had relatively low wages, as you can see from the fall in average wages, which soared during the initial jobs plunge 11/ 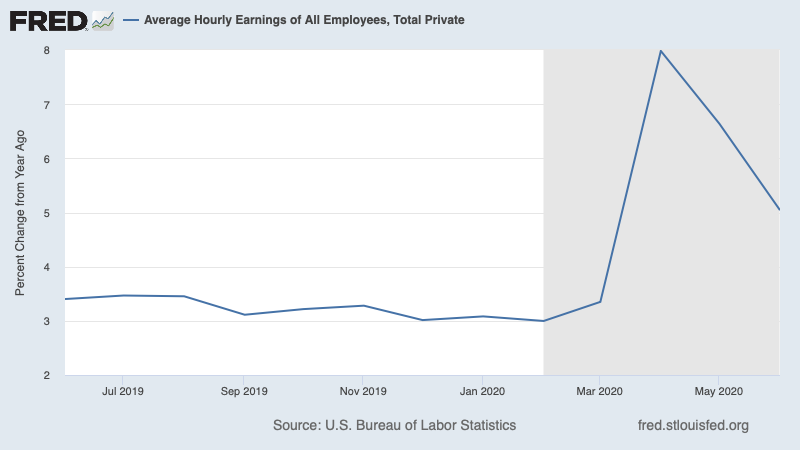 This tells you that the workers accepting jobs were precisely the workers who by and large were receiving more in unemployment benefits than from work. Presumably they nonetheless preferred the reality of a job that might last than depending on benefits that might soon vanish 12/

The bottom line is that all those concerns that we were keeping unemployment high by making it too comfortable had zero basis in reality. UI was helping employment, not hurting it — and the massive fiscal contraction now being perpetrated will be a disaster fin/