A thread of anti-competitive, unequal-treatment, and sometimes shockingly brazen use of their monopoly powers /1

Google's internal emails to make sure Dell machines ship with G as the default search engine, discourage a Dell-branded browser homepage, use Google Toolbar if Dell insists on including Microsoft's IE...

They don't even try to pretend it's about anything but moat-building. 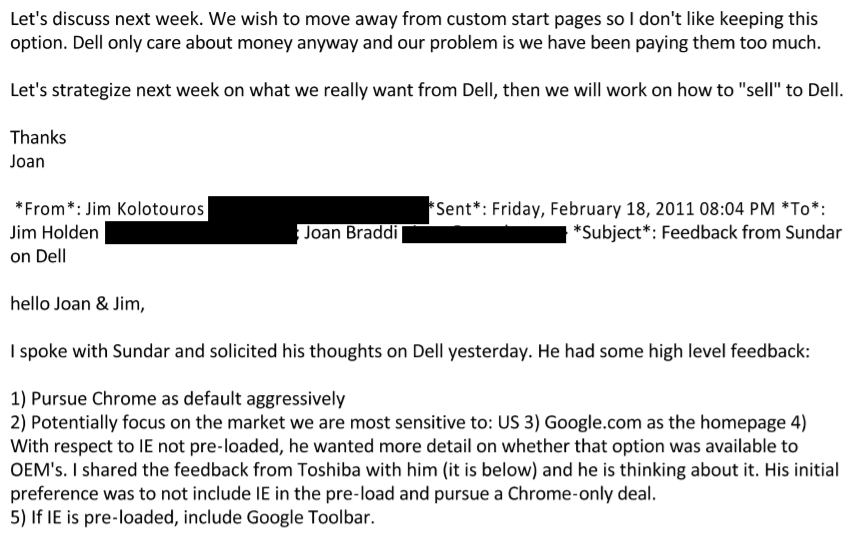 From a 2007 thread. This one's gonna be relevant when Sundar Pichai tries to claim that search is a competitive market and anyone is welcome to build a better engine. Ditto for when G claims their entry into vertical search was to "help users" vs. "prevent competition." /3

SEOs are gonna LOVE this one:

All those denials all those years, but here it is, all laid out in the internal docs. /4 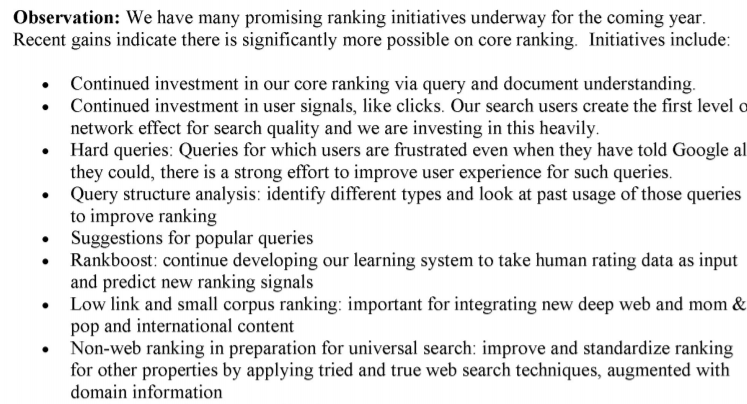 Appears Google has their own internal numbers on web traffic they compare to panels like Comscore. We know they also bought clickstream data from folks like the now-shuttered Jumpshot.

Interesting to see fear about people data stated with MySpace, then migrated to Facebook.

Google knows they have a huge impact on other businesses (even eBay+Amazon) when they bias to their own properties in SERPs. Earlier in this doc, they talk about using the "onebox" to win in product search. Again, relevant for if/when they claim that's not their true goal.
/6 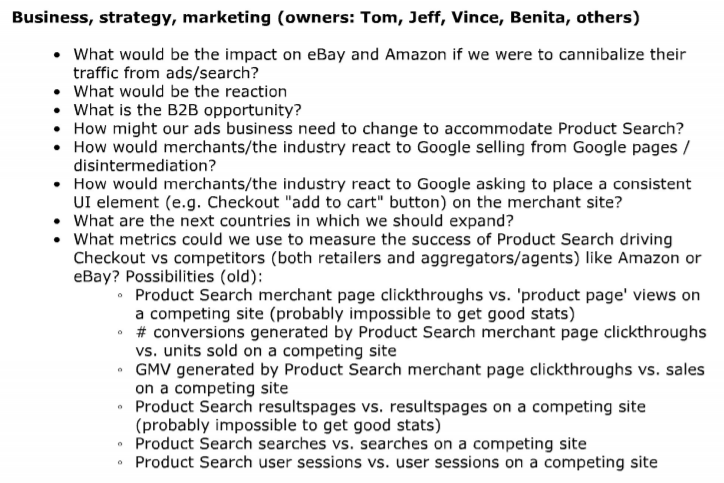 Remember how, in 2018, Congress asked Sundar Pichai what % of clicks Google sends to other websites vs. their own properties, and he said "we don't track that"

And then I published some clickstream data  https://sparktoro.com/blog/how-much-of-googles-search-traffic-is-left-for-anyone-but-themselves/ … about it? Funny story... They *DO* track that. 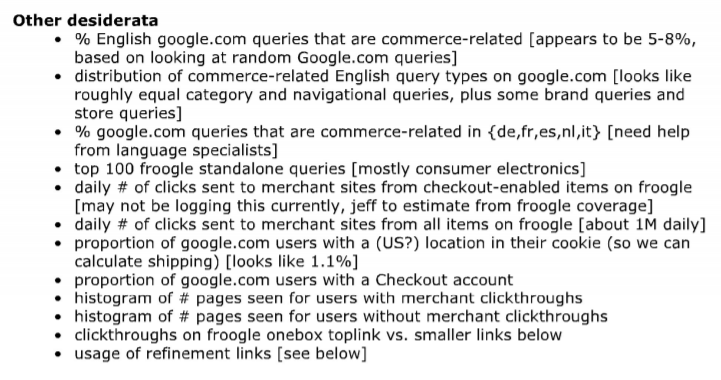 For folks who complain that Google's acquisitions in the crazy buying sprees of 2005-2015 were some combination of defensive maneuvering against MS & Yahoo!, and were brokered behind the scenes by powerful VCs... Yeah... That's pretty much right.
/8 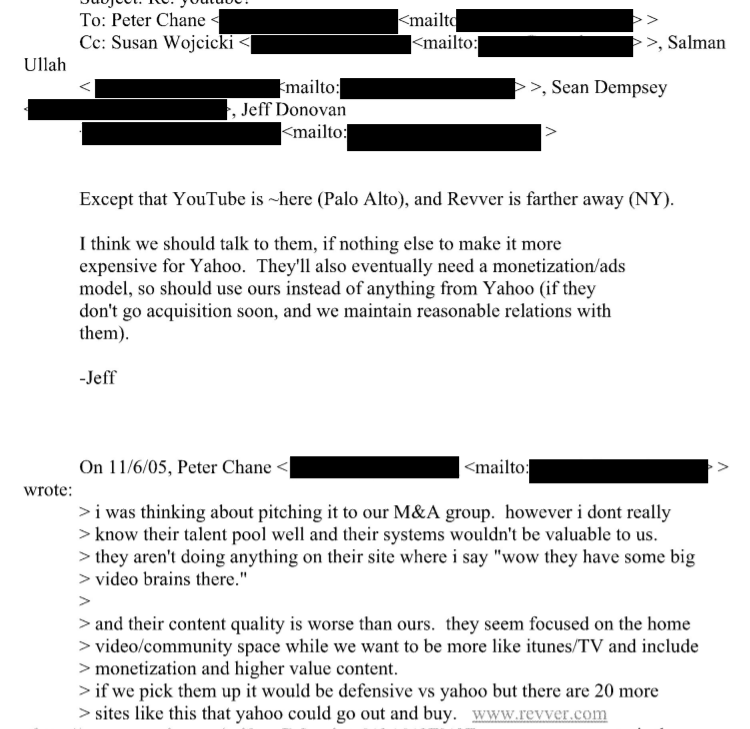 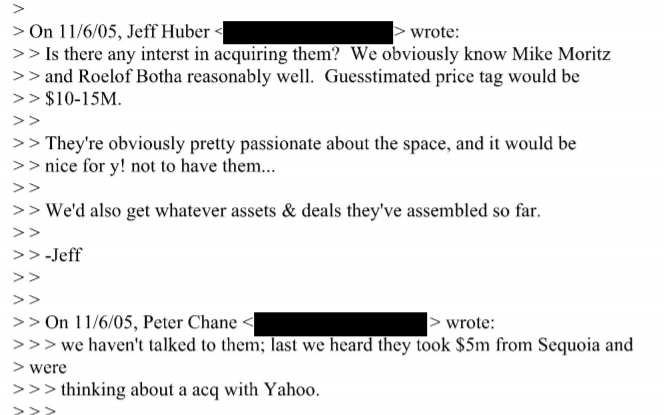 Google worried that if they didn't become the search leader in verticals like travel, local, etc. other companies might be able to compete... And then they talk about how owning general search data gave them a unfair advantage over other players.

The quiet part is so loud! 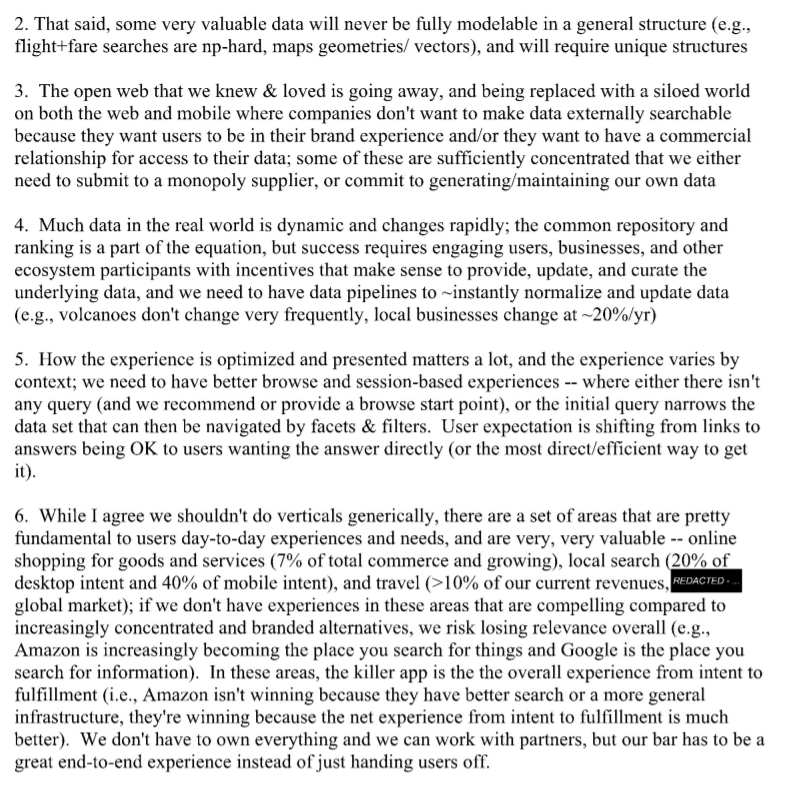 That's a wrap folks. There's loads more to discover and take away for yourself if you'd like to read through the docs, which the US House of Representatives makes available to all  https://judiciary.house.gov/online-platforms-and-market-power/ …