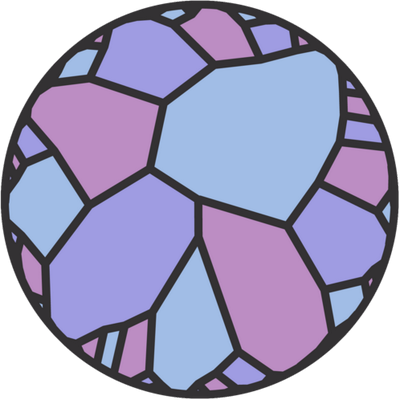 I wanted to discuss the degree to which population immunity may be contributing to curbing #COVID19 in Florida, Arizona and Texas, where recent surges have resulted in substantial epidemics. 1/16

After increasing dramatically in June and July, daily case counts in Florida, Arizona and Texas have begun to subside. Data from @COVID19Tracking. 2/16 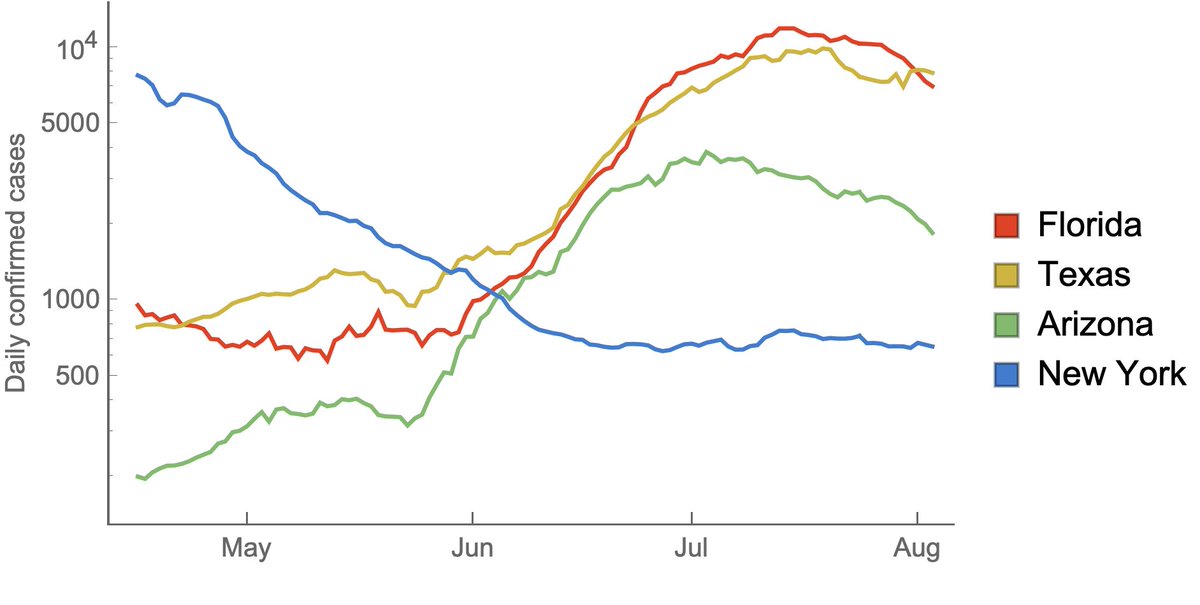 This corresponds to a peak Rt of between 1.2 and 1.4 in late-May / early-June and steady reductions since this point. Declining case counts correspond to Rt < 1. Rt estimates from  https://rt.live/ . 3/16 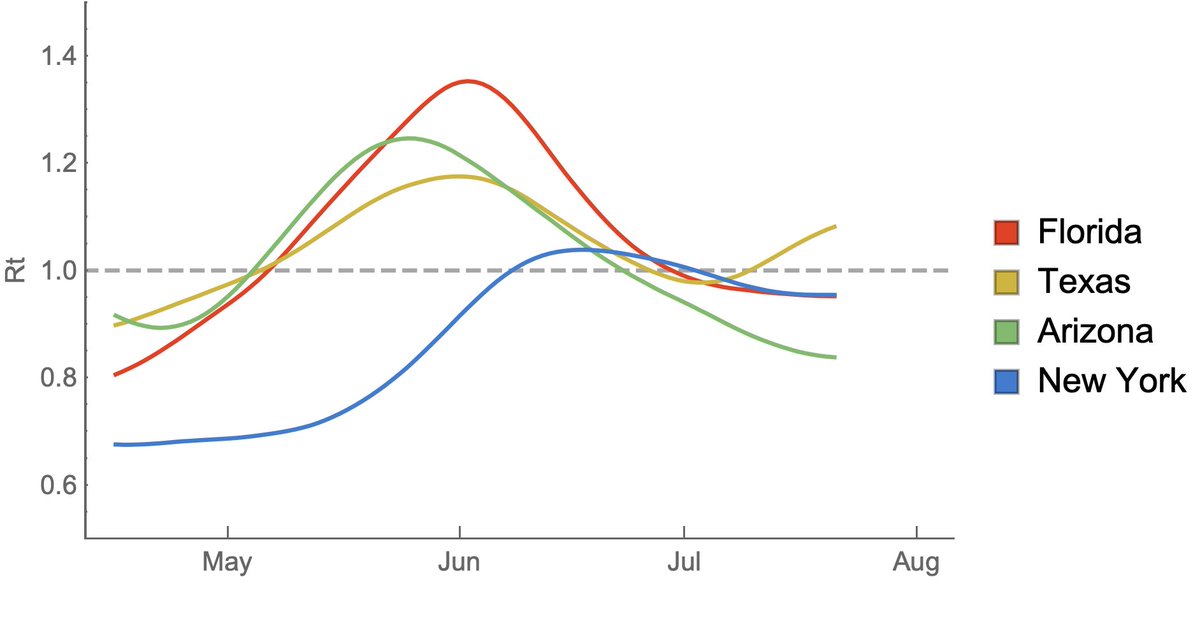 The recent uptick in Rt in Texas comes from increasing test positivity and the algorithm used by  https://rt.live/  to convert test positivity to infections. I'm not exactly sure what's going on here, but I wouldn't ascribe too much weight to this particular estimate. 4/16 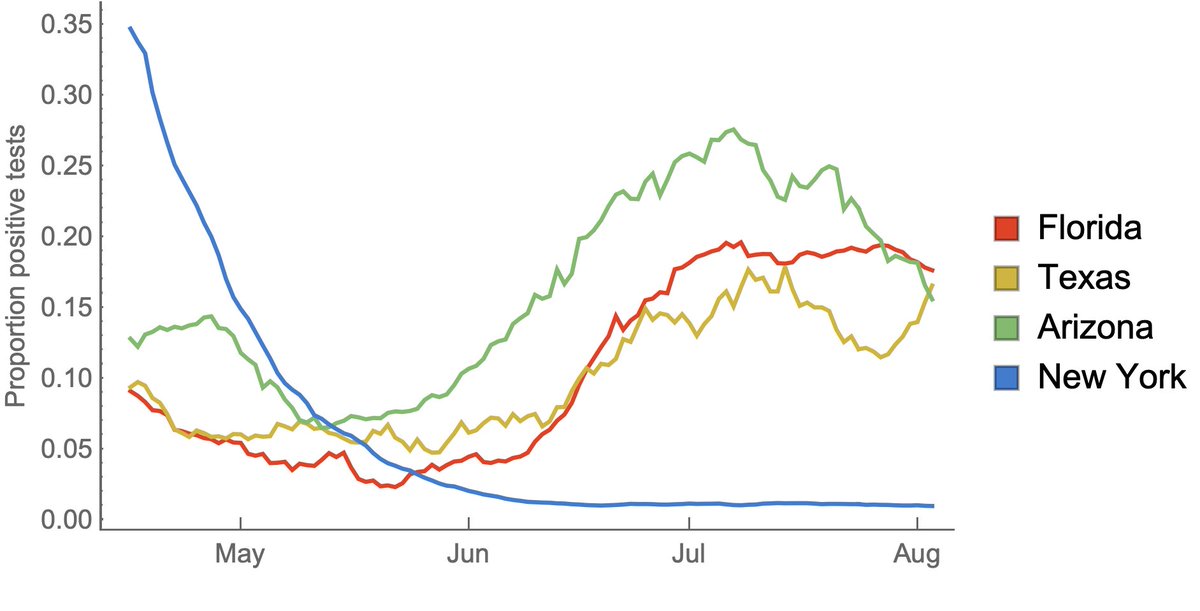 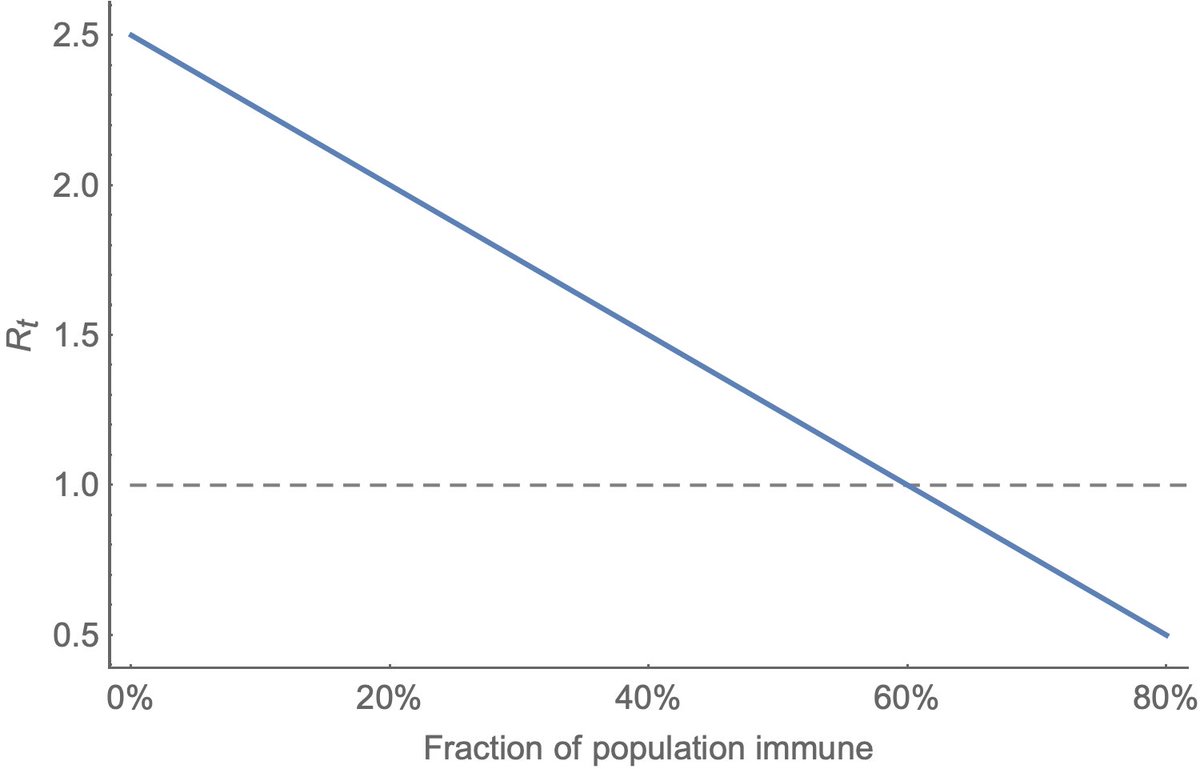 However, societal behavior has dramatically reduced Rt through social distancing, mask wearing, etc... The surge in Florida had Rt of only ~1.4 at its peak. Because of this reduction in transmission through social means, we don't need as much immunity to impact spread. 7/16

Here, we expect Rt will equal R0 ⨉ fraction of the population susceptible ⨉ relative social connectivity. If R0 is 2.5 and social connectivity is 56% of normal then realized Rt will be 1.4. In this case, the herd immune threshold would be 29%. 8/16

We can plot out the general relationship between Rt (as red vs blue) vs population immunity (on the x-axis) vs social connectivity (on the y-axis). With R0 of 2.5, to keep Rt<1, we need either lots of immunity, very strong social distancing or something in between for each. 9/16 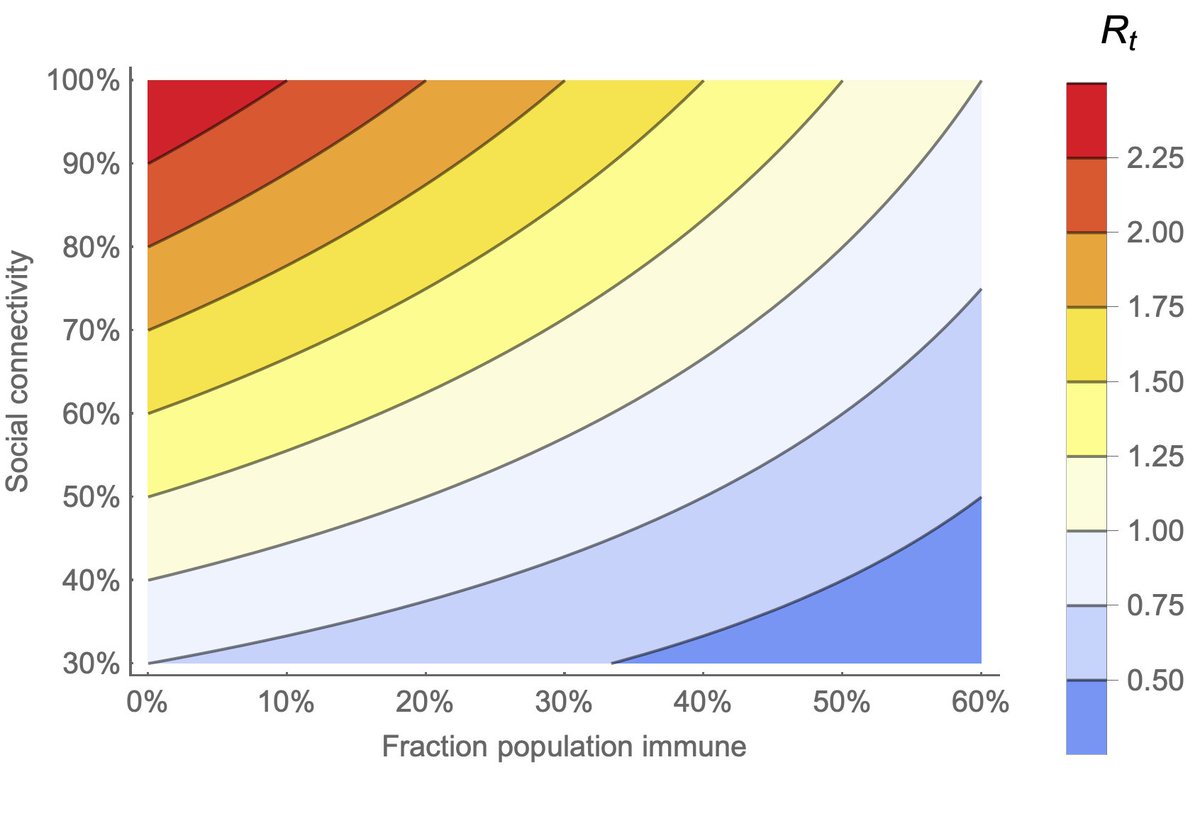 At this point, we think that a substantial fraction of the population of Florida has had COVID-19. If we use a 8:1 ratio of confirmed cases to underlying infections, we'd estimate 510k x 8 = ~4M infections in Florida or roughly 20% of the population. 10/16 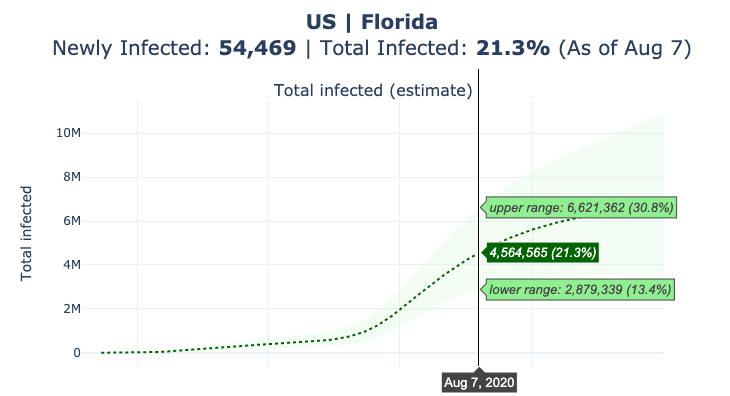 Assuming a large majority of infections leave enough immunity to be protected (which I believe to be the case, though correlates of protection are still being worked out), population immunity of 20% will have real impact if societal behavior has already reduced Rt to ~1.2. 12/16

Or, with 20% population immunity, we can behave as though Rt is 1.25 and still get an epidemic that no longer propagates. 14/16

Thus, I believe the substantial epidemics in Arizona, Florida and Texas will leave enough immunity to assist in keeping COVID-19 controlled. However, this level of immunity is not compatible with a full return to societal behavior as existed before the pandemic. 15/16

That said, the costs for this immunity have been substantial and are continuing to accrue. We need a vaccine to achieve population immunity in a fashion that doesn't kill people. 16/16

Follow up #1: My use of 20% total infected in Florida is not the point I was trying to make. I think it could easily be 10% of Florida infected at present. The point being even 10% population immunity starts to make a difference when behavioral Rt is ~1.2.